Chile: a land of earth, fire, and ice

From searing desert heat to sub-Antarctic chills, with volcanoes, lakes, and geysers along the way, the natural world makes its presence strongly felt in Chile. Here's what you need to know about the country's wild, unique landscapes and how to explore the best of them 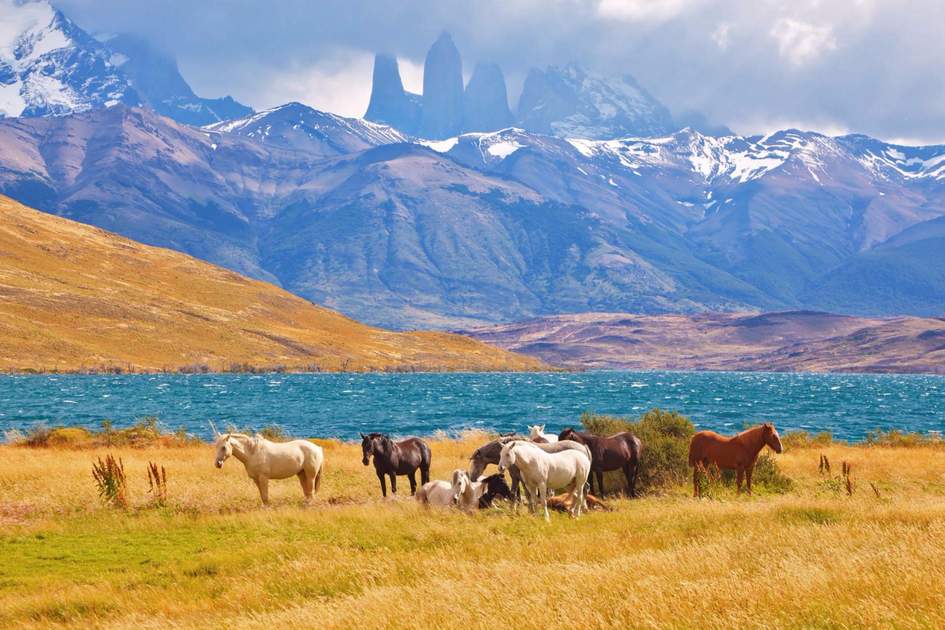 Chile must be a top candidate for the world’s strangest geographical layout. In spite of the country’s relatively small landmass (756,000 sq km/292,000 sq miles), its 4,300km (2,700-mile) coastline makes it seem enormous. Though the country is never more than 355km (221 miles) wide, a trip from Arica in the north to the port of Punta Arenas in the far south covers the same distance as New York to Los Angeles or Paris to Tehran. Parts of Chile are so narrow that in some areas the Andean peaks of its eastern border can be seen from the Pacific beaches.

The Pan-American Highway, also known as Ruta 5, which runs down the country’s spine, connects every imaginable climatic zone: it crosses vast expanses of total desert, an agricultural valley the size of California’s, and a province of mountain lakes and volcanoes. Farther south, car ferries and the Carretera Austral highway – actually a dirt road – connect Chiloé, the continent’s second-largest island, to hundreds of kilometres of scarcely inhabited fjords and islands. A spectacular glacier field then divides these from the sheep farms of Chilean Patagonia, which is only accessible by road from Argentina.

Geographically, Chile has a sense of separateness and forbidding boundaries. Its northern desert, the Atacama, is one of the driest places on earth. The Andes, which form the 4,000km (2,500-mile) frontier with Argentina, rise in sharp grades on the Chilean side, from sea level to as high as 7,000 meters (23,000ft) in little more than 100km (60 miles).

Chile’s far southern tip points towards the polar ice of Antarctica. The country’s western coastline faces the Pacific, the broadest ocean in the world and one of Chile’s south-sea possessions, Easter Island, is the most isolated bit of inhabited land on earth, a thousand kilometers away from any other inhabited island. 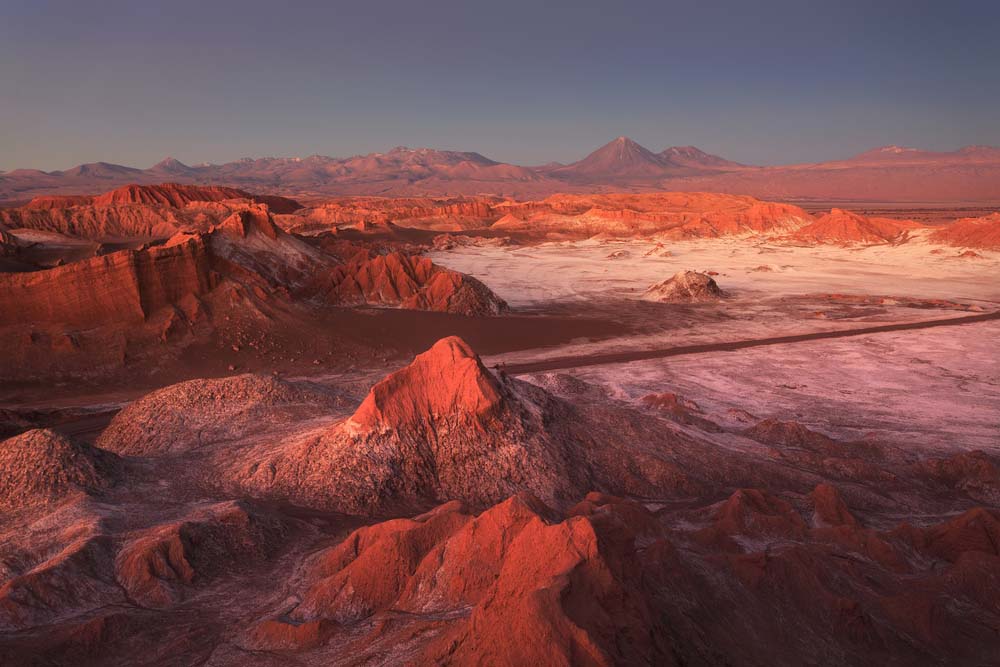 Moon Valley in the Atacama Desert is an impressive sight. Photo: Shutterstock

From lush valleys to dry desert

In the semi-arid Norte Chico (Little North), irrigation has extended Chile’s agricultural heartland north to the dusty valley town of Copiapó. Here, the many mountain rivers maintain a year-round flow, fed by seasonal rains and Andean snows. Despite the blistering sun, there is considerable humidity and minimal temperature change, making the region excellent for irrigated farming. Tropical fruit, especially papaya and chirimoya (custard apples), is commercially grown. The region’s ideal atmospheric conditions for astronomical work have led to the construction of important observatories in the hills near La Serena.

The vegetation ends where the Norte Grande (Great North) begins. This is the part of Chile that was annexed from vanquished Peru and Bolivia after the 19th-century War of the Pacific. Among the brown, barren hillsides and parched Atacama Desert are places where no rain has ever been recorded. But for the visitor, this barren region is fertile in geological spectacle and the fascinating remains of lost civilizations.

Chile’s capital city, Santiago, is located at the country’s latitudinal midpoint, next to the steep Andean foothills. The city, with a population of more than 6 million (over 7 million in the metropolitan area), is surrounded with a lovely but unfortunately placed set of smaller hills that trap its heavy air pollution. In this central region and along the coast, rains come sporadically from May to October, while the summer months of January to March are almost uniformly cloudless and hot.

The Central Valley has abundant agriculture with ample rivers, fed by the melting Andean snows. The famous wine grapes and other fruit such as peaches, nectarines, apples, pears, kiwis, and cherries, flourish in the intense, dry heat. 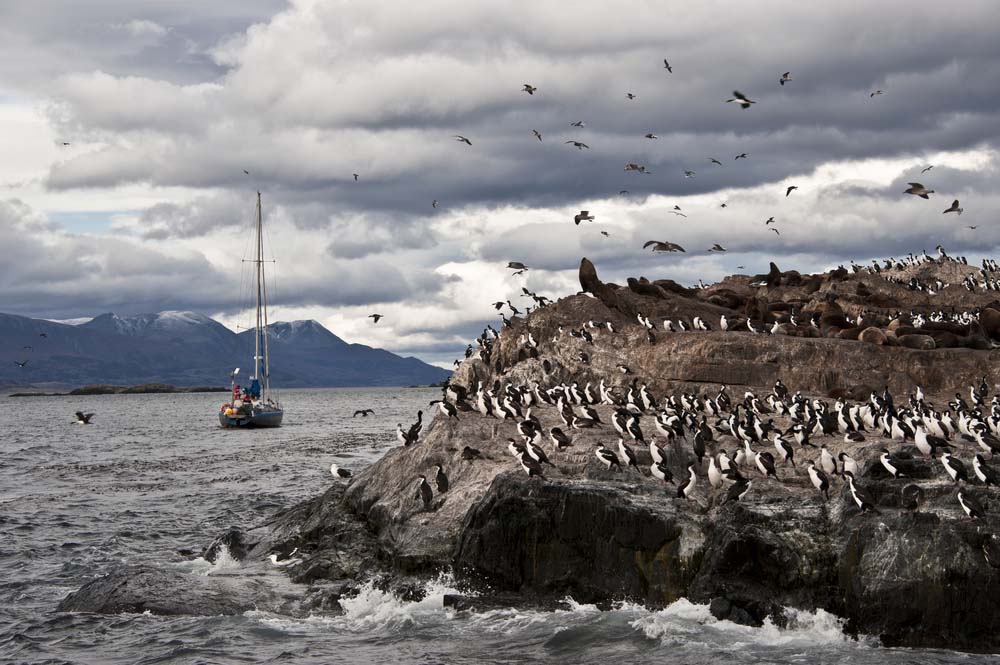 Towards the chilly south

Farther south in the Lake District, year-round precipitation keeps the landscape green, but limits farming to the cultivation of more traditional grains and the rearing of animals. An active volcano belt provides picturesque landscapes (most of Chile’s active volcanoes are in this area), but can also disrupt the lives of villagers with dangerous clouds of toxic particles. Twelve great lakes, including the continent’s fourth-largest, Lago Llanquihue, give the area its dominant characteristic – even the high Andean plateaux in this region are strewn with large lakes.

Where the lakes meet the Pacific Ocean, the coastal mountain range becomes a 1,000-island archipelago with the Isla Grande de Chiloé at its head. Rainfall of over 4,000mm (157in) annually is registered in Chiloé and its satellite islands, giving Chile both precipitation extremes, with the Atacama Desert at the other end of the scale.

The Carretera Austral, an unpaved road from Puerto Montt, allows access to one of the most remote zones on the continent. Foreign trout fishermen fly to the provincial capital of Coyhaique to fish in the pure streams and lakes of the region. The road sweeps past beautiful Lago General Carrera and basks in the microclimate around Chile Chico, ending in the 600-inhabitant frontier town of Villa O’Higgins.

The furthest tip of Chile is accessible only by boat, plane, or via a long detour overland through Argentina. This inaccessibility seems to make Magallanes all the more exciting for many visitors, who come to explore the vast wilderness of Parque Nacional Torres del Paine, with its relatively tame wildlife, accessible glaciers, and trademark mountain peaks. Punta Arenas, with just over 123,000 inhabitants, is the southernmost city of its size in the world. Temperatures rarely rise above 10°C (50°F) in this gusty port, which is almost perpetually shrouded in cloud.

Are you ready to take a trip to Chile's wildest landscapes?