Planning a trip to Patagonia

Spanning the southernmost reaches of Argentina and Chile, it's one of the most alluring places on the planet. The name Patagonia conjures up dramatic images of jagged mountains, windblown steppes and crystal blue glaciers. Here's our guide on how to start planning your trip to Patagonia. 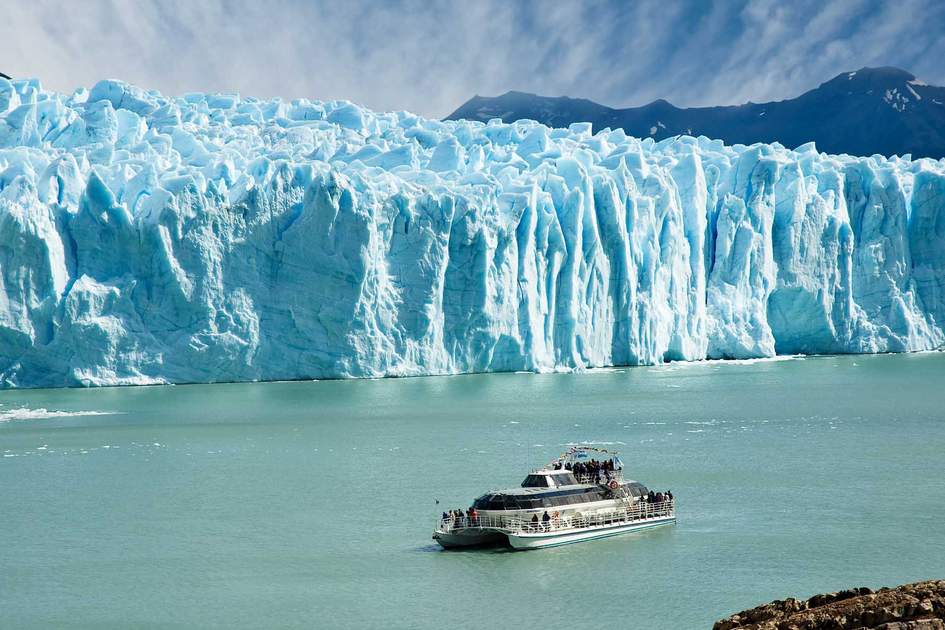 The dramatic naturally beautiful expanses of Patagonia sprawl across a vast area encompassing southern Argentina and Chile. So how do you go about planning a trip to this extraordinary region of South America?

Unless you are on a two-year sabbatical and have an all-terrain 4x4 vehicle and a love of strong, persistent gales, you are not going to explore all of Patagonia, or even come close. The key to planning an enjoyable trip to Patagonia is to be both selective and realistic.

How long to go for

The good news is that, thanks to the convenience of air travel, all of the region's major destinations are suitable for a short stay. A weekend in the Lake District, for example, gives you enough time for a boat trip, a short hike, and to eat your way through many of the local specialities. A few days in El Calafate, which you can visit as part of Insight Guides' Wild Patagonia trip gives you enough time to explore the Parque Nacional Los Glaciares, and perhaps even take a side trip to the trekking hotspot of El Chaltén.

On the Atlantic Coast you can be on a whale-watching expedition within a couple of hours of landing at the airport. The tourism infrastructure at these popular destinations is improving all the time, and getting around Patagonia is often less frustrating than crossing Buenos Aires.

If you want to visit more than one of these places, or to penetrate the region’s vast central wilderness, allow yourself at least a week. In the Lake District alone there are many small towns and protected areas worth exploring, most of which are connected by good roads. Cross-country drives, on the other hand, are a serious undertaking. The state of the roads and weather conditions are both difficult to predict, and fuel is scarce. 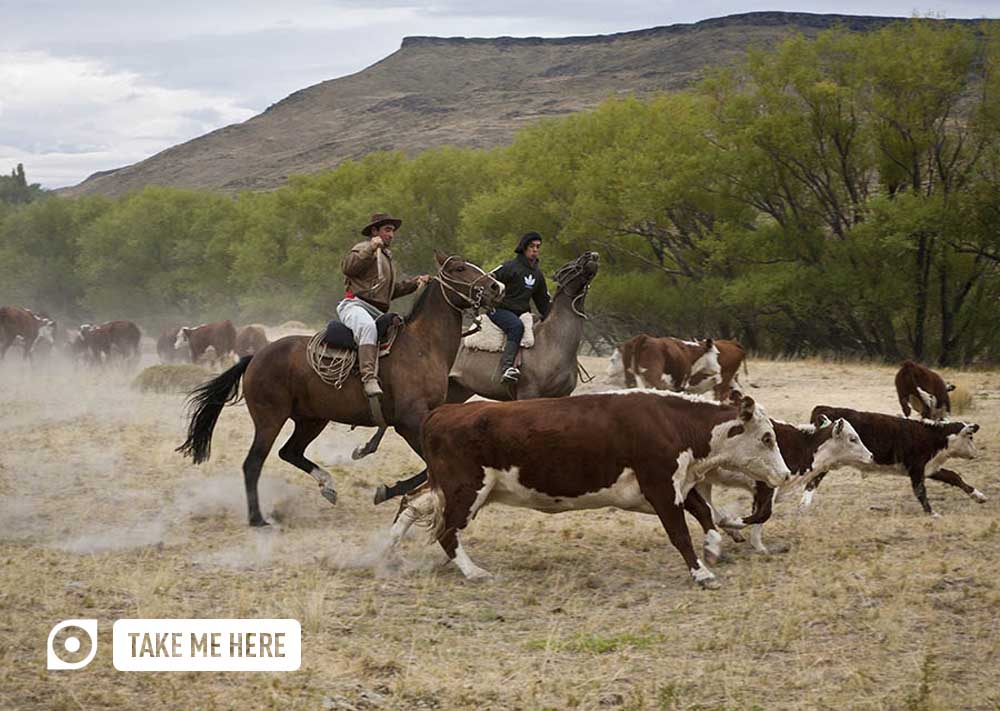 Seasons are well defined in Patagonia. Considering the latitude, the average temperature is mild. Winters are never as cold and summers never as warm as in similar latitudes in the northern hemisphere. The average temperature in Bariloche is 8°C (46°F), although the climate can turn quite harsh on the desert plateau. The ever-present companion is the wind. It blows hard all year round, from the mountains to the sea. The best time to visit is during the summer (December to March) when roads are fit for traffic and the airports are open. But be sure to reserve accommodation in advance as hotels are often fully booked.

Set on the banks of Lago Lácar, the delightful town of San Martín de los Andes has one of Argentina's most beautiful natural harbours, with forested hills rising steeply on three sides. It makes a good base for exploring Parque Nacional Lanín and organising trips up the imposing Lanín volcano on the border with Chile.

The famed Ruta de los Siete Lagos, about two thirds of which is paved, takes you past lakes and forests to San Carlos de Bariloche on the northern shore of Lago Nahuel Huapi. The journey can be made by bus, car or even mountain bike (available for hire in San Martín).

Bariloche is a year-round destination for hikers and nature lovers, and in winter, skiers. Buses, trains and planes arrive daily from all over Argentina. The town was founded in 1902 by settlers of Swiss, German, or northern Italian origin, who gave the city its Alpine atmosphere, with Swiss-style chalets and fondue restaurants. 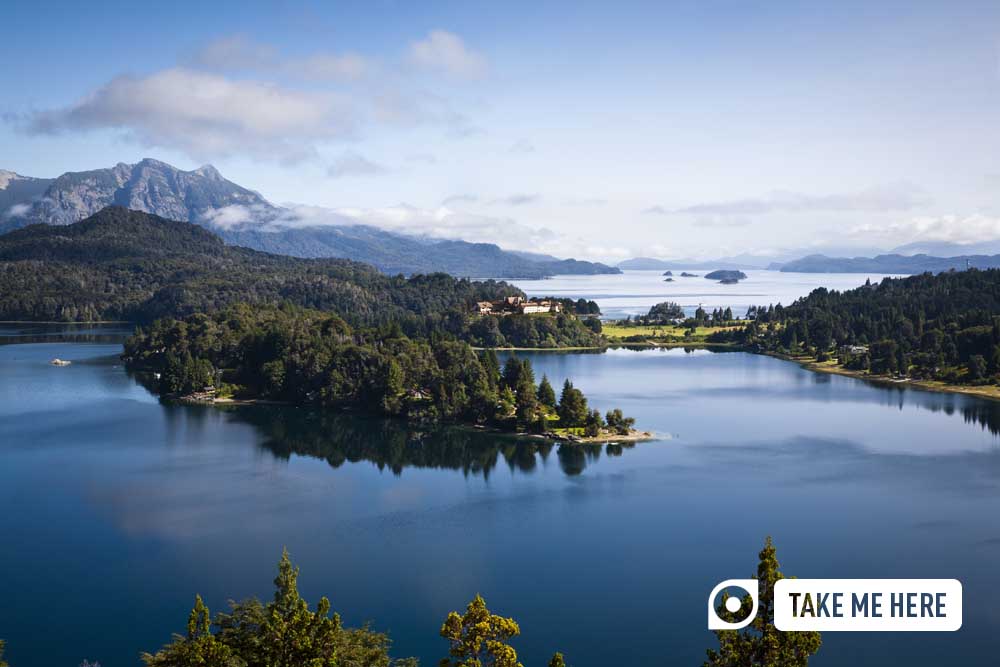 2. The Atlantic Coast and Welsh Patagonia

On the Atlantic Coast lies Puerto Madryn, the gateway to Península Valdés. One of the most important wildlife reserves in Argentina, it is a breeding ground for southern right whales, elephant seals and sea lions. The reserve is also a nesting site for thousands of shore birds, including pelicans, cormorants and oystercatchers. Puerto Pirámides, 95km (59 miles) from Puerto Madryn, was a major centre for whaling in the 19th century. An international protection treaty was signed in 1935, and since then the whale population has recovered slowly, now standing at around 2,500. The whales come to breed near these shores around July and stay until mid-December. Whale watching is concentrated on mother and calf pairs and is organized by a few authorized, experienced boat owners from Puerto Pirámides.

The lower Chubut Valley was the site of the first settlement established by Welsh immigrants who settled here in the 19th century, fleeing English oppression. Gaiman is particularly attractive and is famous for its Welsh teas, which are offered by casas de té (teahouses) in sombre rooms filled with the evocative memorabilia of those first settlers.

El Calafate nestles at the base of cliffs on the south shore of beautiful Lago Argentino, one of Argentina’s largest lakes. The airport receives direct flights from Buenos Aires making the town a jumping-off point for the surrounding area, especially the Parque Nacional Los Glaciares. The southern Patagonian ice cap, which is about 400km (250 miles) long, spills over into innumerable glaciers, including the breathtaking Perito Moreno glacier. Guided hikes across the glacier are an unforgettable experience. Be sure to visit the series of walkways and terraces leading down to the glacier head where you can watch great chunks of ice ‘calving’ off into the water. To get even closer to the glacier, take one of the regular boat tours that leave from the nearby pier.

Another major trip from El Calafate is a visit to Glaciar Upsala, at the far northwest end of Lago Argentino. Boats leave every morning from Punta Bandera, 40km (25 miles) west of El Calafate. In early spring, they cannot get near Upsala because of the large field of icebergs, so may visit Spegazzini and other glaciers instead. Some trips stop for a short walk through the forest to Onelli glacier.

At the far northern end of the Parque Nacional Los Glaciares are some of the most impressive peaks in the Andes, including Cerro Torre and Monte Fitz Roy. The best base for visiting this part of the national park is the village of El Chaltén, some 219km (136 miles) north of El Calafate. This once tiny village has expanded rapidly in recent years due to its increasing popularity with visiting trekkers and mountain climbers. It offers a national park information office, food stores and a gas station. Available accommodation includes bungalows, hostels and basic campsites. 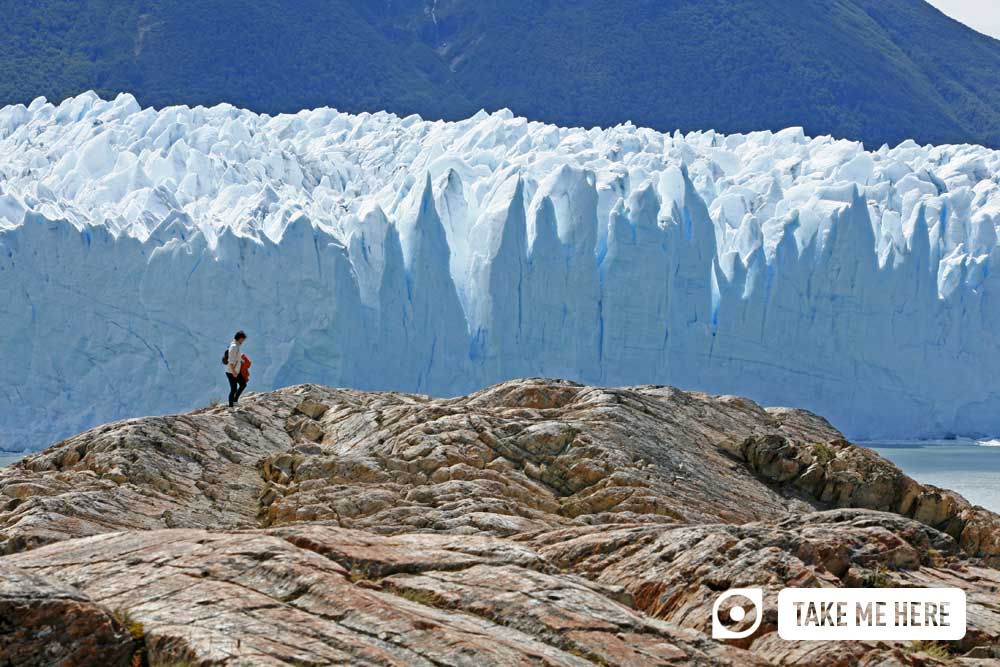 It is only a short distance across the Sierra Los Baguales from Parque Nacional Los Glaciares to Parque Nacional Torres del Paine, in Chile, but there is no road through. Instead, you must backtrack to Puerto El Cerrito and then take the iconic RN40 road west and south to enter Chile either at Cancha Carrera or farther south at Río Turbio. You can enjoy this incredible drive as part of Insight Guides' Wild Patagonia trip. To marvel at the majestic peaks in the Parque Nacional Torres del Paine, it’s an easy day-trip by road from Puerto Natales, 242km (150 miles) north of Punta Arenas. If you want to stay in the park itself, booking well in advance is essential.

Ready to take your adventure holiday in Patagonia?

Our local experts can plan unforgettable Patagonia tours for you. Simply get in touch to let us know your travel ideas and when you'd like to visit. We will then create an itinerary based on your preferences which you can amend until you're totally happy with every detail before booking. Our existing itineraries can offer inspiration, and remember that all of our planned itineraries can be tailored to meet your requirements.