7 best beaches in Rio: Copacabana, Ipanema and beyond

The beach isn't just part of life in Rio de Janeiro – it is life. It happens to be the city’s great equaliser and its essential escape valve. Here, from the craziness of Copacabana to the laid-back vibes of Grumari, we highlight Rio's best beaches 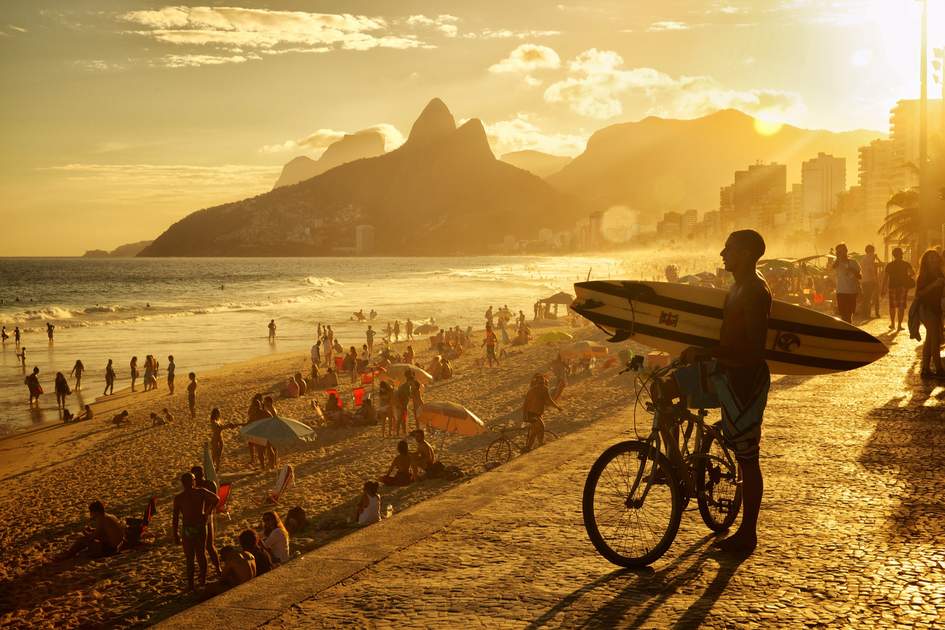 A surfer look towards the ocean at Praia de Ipanema. Photo: Shutterstock

A surfer look towards the ocean at Praia de Ipanema; one of our favourite choices for the best beaches in Rio. Photo: Shutterstock

The beach is a nursery and schoolyard, a reading room, a gym, soccer field and volleyball court. It serves as a singles bar, restaurant, office and rock concert venue, all at the same time. Occasionally, someone goes into the water, but only for a refreshing pause before returning to more important beach-based activities.

On a glorious summer weekend, nearly the whole of Rio spends some time on the beach, meaning that you will have to pick your way through literally hundreds of thousands of bronzed bodies to find a spot to lay your towel. Regardless of where you’re staying, you can ride a bus that hugs the coast for 32km (20 miles) or more, travelling in your swimsuit like the cariocas and hopping off when you see the beach of your dreams.

Lifeguard stations, positioned about a kilometre apart from each other, are called postos; so points on the beach are known, for example, as Posto 5 or Posto 9. Certain postos are well-established hangouts for certain groups of people – hipsters, gays, couples, families, celebrities, etc. These ‘beach-corner societies’ have become a permanent characteristic of life in Rio de Janeiro.

Although somewhat worn around the edges, Copacabana remains the centrepiece of Rio’s beach scene with its classic crescent curve, anchored at one end by the imposing presence of Sugar Loaf Mountain. Its steaming sands are packed with bathers, hawkers and musicians, who occasionally take a dip in the sea before crossing Avenida Atlântica, the beach drive, for a cool beer at one of the sidewalk cafes. The strip is also extremely lively at night.

At the Ipanema end of Copacabana beach is a section called Arpoador, which is famed for its surfing and makes for a picture-perfect sunset-viewing spot. At the far end, standing sentinel at the end of Leblon, is the imposing Doisãos (Two Brothers) mountain, a prominent feature in one of Rio's most spectacular natural settings.

Affluent Ipanema is considered by many to be both safer and more attractive than Copacabana. Its 2km (1.25 mile) beach is also cleaner. One of Ipanema’s most fashionable spots is Posto 5, the stretch in front of Rua Vinicius de Moraes. The saying goes that these sandy stretches are the most democratic places in Brazil: where people of all backgrounds mix, in a very relaxed, down-to-the-swimwear way. This beach is less boisterous than Copacabana and preserves the romance of Rio more than any of the city’s 22 other beaches. 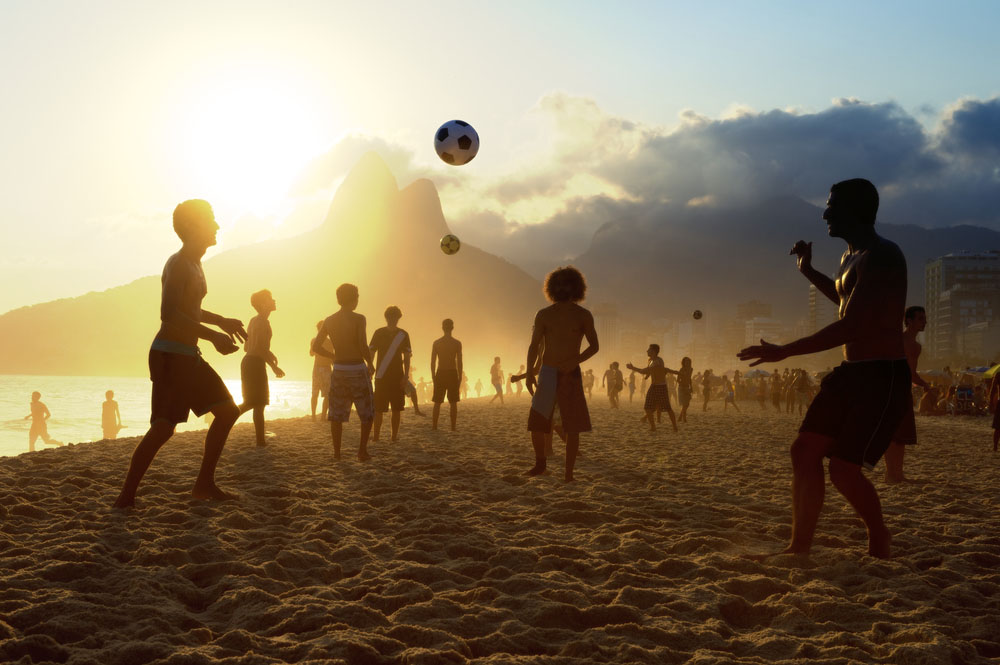 In the morning, joggers and cyclists rub shoulders – the former on the sidewalk and the latter in the ciclovia (cycle lane) that runs the entire length of the beach and into town – while exercise class participants go through their public workouts. During the day, and for much of the evening, this is where the beautiful people of the city hang out. Palm trees add to the intimate setting here, as does (with a couple of exceptions) the lack of bach-front hotels and bars.

Ipanema and Leblon are essentially the same neighbourhood; a canal linking the lagoon with the ocean divides the two, giving rise to separate names, but there is a shared identity. They remain Rio's centre of chic and sophistication.

More beaches extend south of Ipanema; head for these if you’re hoping to escape the crowds. The first, São Conrado, rests in an idyllic natural amphitheatre, surrounded on three sides by thickly forested mountains and hills – including the Pedra da Gávea, a massive block of granite more impressive in shape and size than even Sugar Loaf, though it doesn't have the same iconic status.

Easily reachable from Ipanema via a tunnel underneath Dois Irmãos mountain, but a far more interesting route is Avenida Niemeyer, a pathway that hugs the rugged coastline offering walkers spectacular views of the coves, beaches and sea below.

Although São Conrado is compact in size, the relative lack of people means that this stretch of sand has an uncrowded openness. However, swim with caution here – there are strong tides. 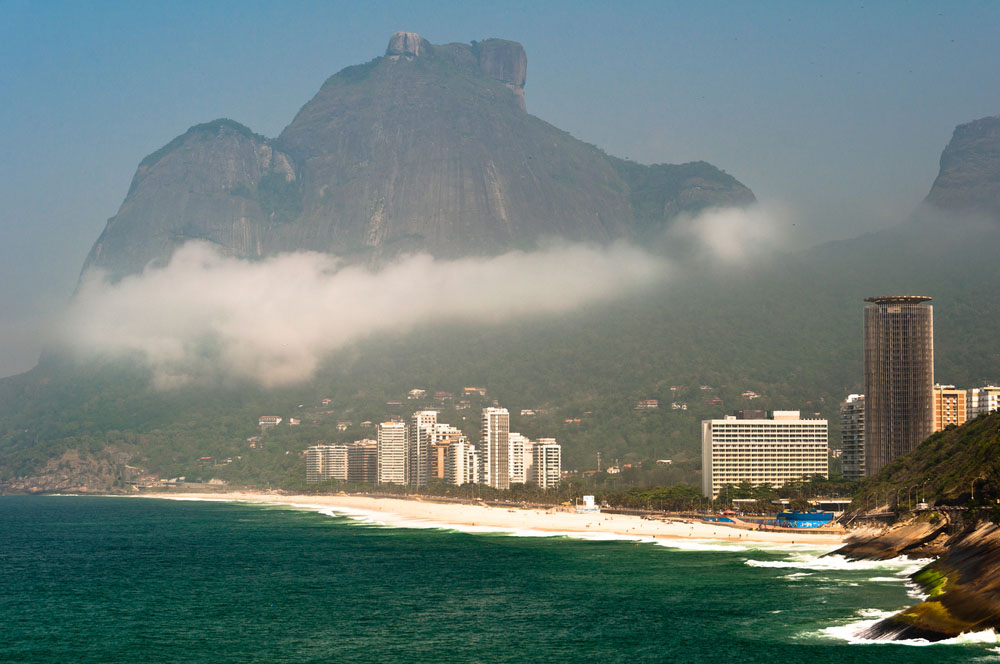 São Conrado beach features the dramatic Pedra da Gavea mountain as its backdrop; it's no surprise it's one of Rio's best. Photo: Shutterstock

Barra da Tijuca is by far Rio’s longest beach: 18km (11 miles) of sand that seems to stretch to infinity – but beware of powerful ocean currents and large Atlantic waves, which are perfect for surfers and wind-surfers, but not so good for swimming. Beach-front trailers sell food and drinks during the day and become convivial meeting points by night; some of them transforming into open-air samba bars, the musicians accompanied by the surf crashing behind them onto the sand.

Beyond Barra is the Praia dos Bandeirantes, a small beach with a natural breakwater creating the effect of a quiet bay. Around 35km from Rio's city centre, it is less popular than big-hitters Copacabana and Ipanema. A more recent development, the beach also lacks surrounding high-rise buildings, providing visitors with a relaxing setting. High waves attract surfers, however, while the glorious white-sand is popular with volleyball players.

A few miles further west, Grumari is a marvellously isolated and unspoiled beach where you can dine or drink whilst enjoying spectacular views of the coast below and a magnificent sunset at the end of the day. The only neighbourhood with no residents, visit in the week and you'll practically have the beach to yourself. Just make sure you pick the right one: next door is Abricó beach – the city's only nudist beach. 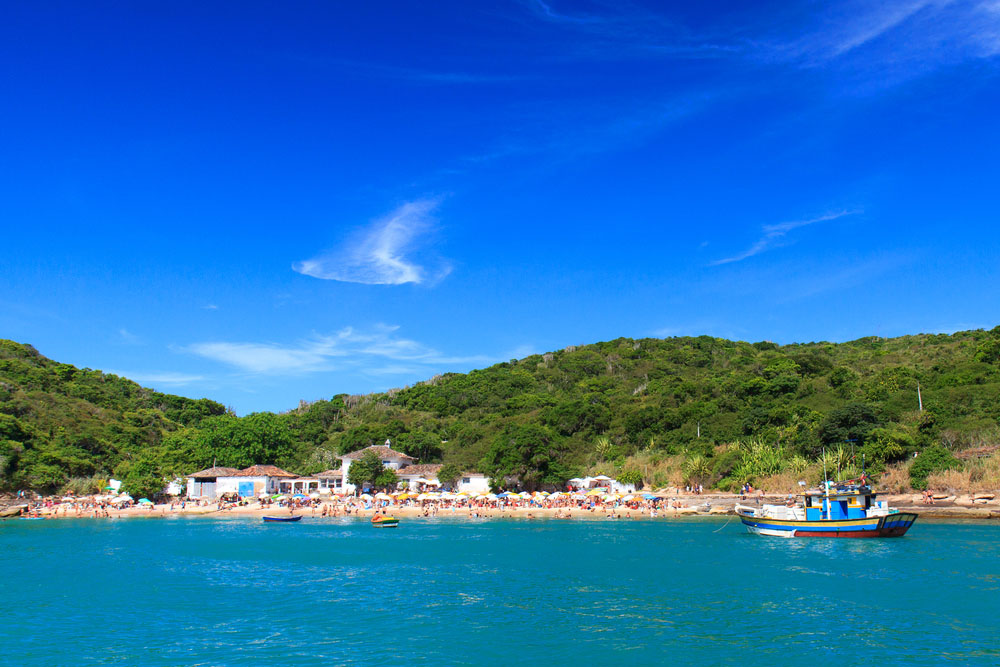 Ready to take a trip to experience Rio's best beaches for yourself?