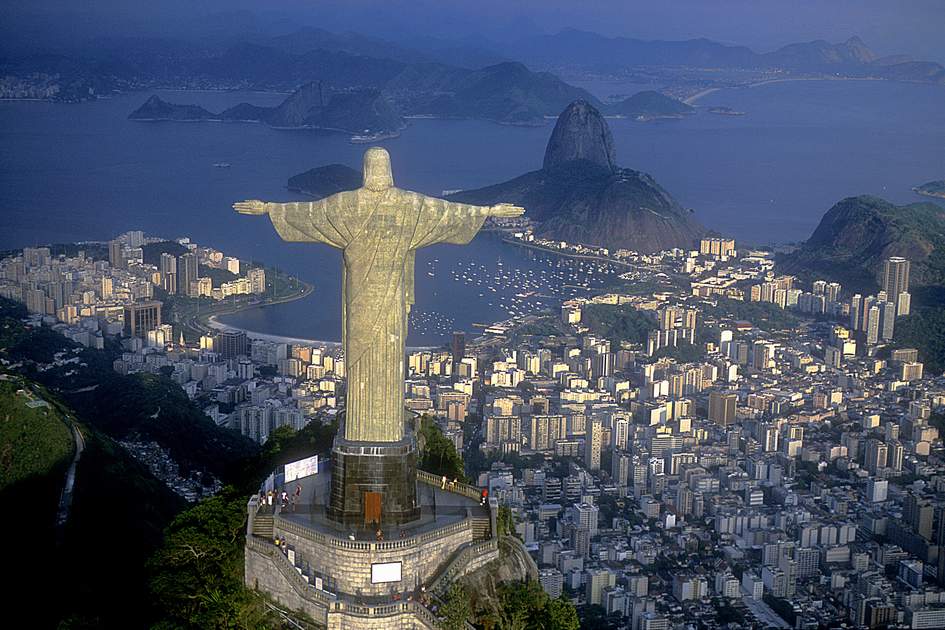 Given the beauty of Rio de Janeiro with its mix of sand, sea, mountains and lush green rainforest, it's no surprise that the city offers its visitors a number of spectacular views – in truth too many to list here. But here are five to consider if you're dropping in on Cidade Maravilhosa, the Marvellous City, some of which just might surprise you.

It will come as no surprise that the number one view in Rio is the one from the summit of Corcovado (Hunchback) mountain as you look out over the city and stand at the feet of the city’s iconic statue of Christ the Redeemer, a statue that dates back to 1931. It's actually the mountain that is Corcovado; not the statue of Christ.

The mountain rises 710 m (2,329 ft) above sea level. The views cover the Zona Sul including the Lagoa, Ipanema and round to Botafogo Beach and Sugar Loaf Mountain, and then on to the historic city center and up to the Zona Norte, where even the Maracaña Stadium can be spotted. Even if you stand here for an hour or more, or keep visiting, you will always see something new.

There are a number of other impressive views to take in upon making your way up to Corcovado, some of which you can enjoy from the little train that links the city with the summit along a 3.8-km (2.4 mile), 20-minute climb from the station at Cosme Velho.

If you are heading up by car, stop off at the Dona Marta lookout. This may only be 366 m (1,200 ft) high, but if offers great views over to Sugar Loaf and back up to Corcovado. So it is a great spot for taking selfies, as two of the city’s most famous sights are in the background.

In the rainforest behind Corcovado, on Estrada da Vista Chinesa, is another very popular viewing platform, the Chinese View, with its Pagoda and views back across the greenery and Lagoa to Corcovado.

It is interesting to note that the tallest building in the world, the Burj Khalifa in Dubai, is slightly taller than Corcovado, at 828 m (2,717 ft), but its observation deck is only at 555 m (1,821 ft), well below that of Corcovado. 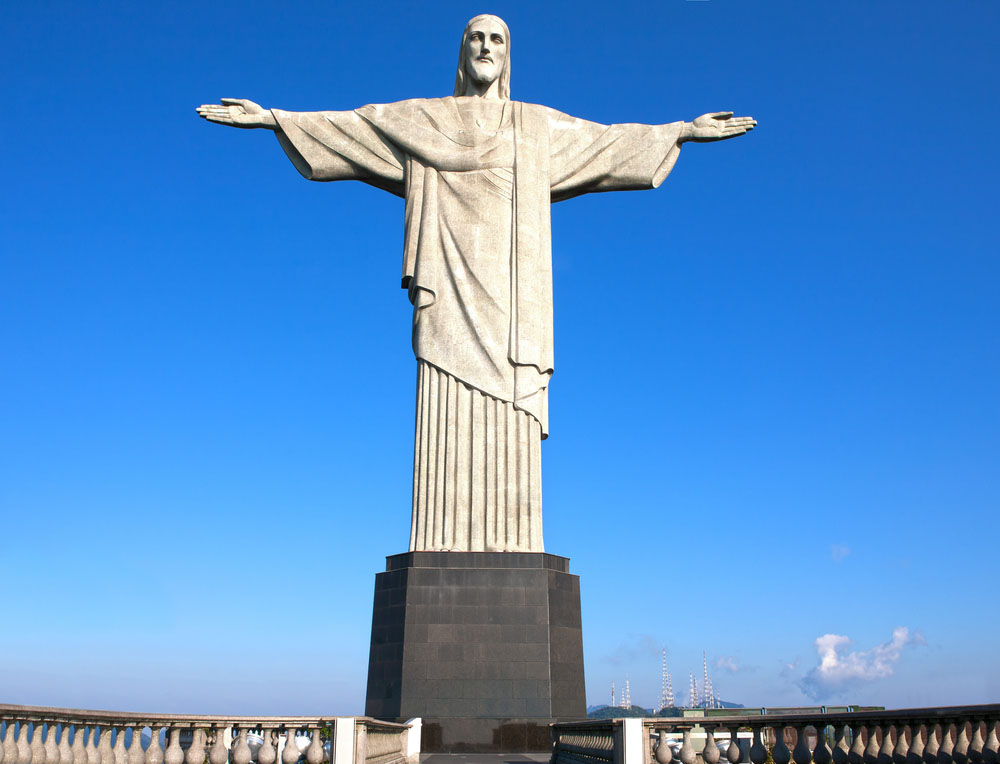 Offering no less astonishing views is Sugar Loaf Mountain; this includes along Copacabana Beach (which cannot be seen from Corcovado), and the statue of Christ and Corcovado itself.

Sugar Loaf stands 395m (1,300 ft) high, and the summit is reached by cable cars in two stages; a ride which in itself offers dramatic and different views during the climb. The half-way stage, with a large summit offering bars and restaurants, is called Morro da Urca, and the views here over the city and bay are again different to what you will see from the summit.

When you do reach the summit of Sugar Loaf, don’t think it is just the part close to the cable car station, with its views over Copacabana and the city. If you explore the walkways in the greenery behind you will be treated to some exciting views of the harbor and bay, and across to Niteroi. Sadly, far too many visitors never take the time to explore this option. 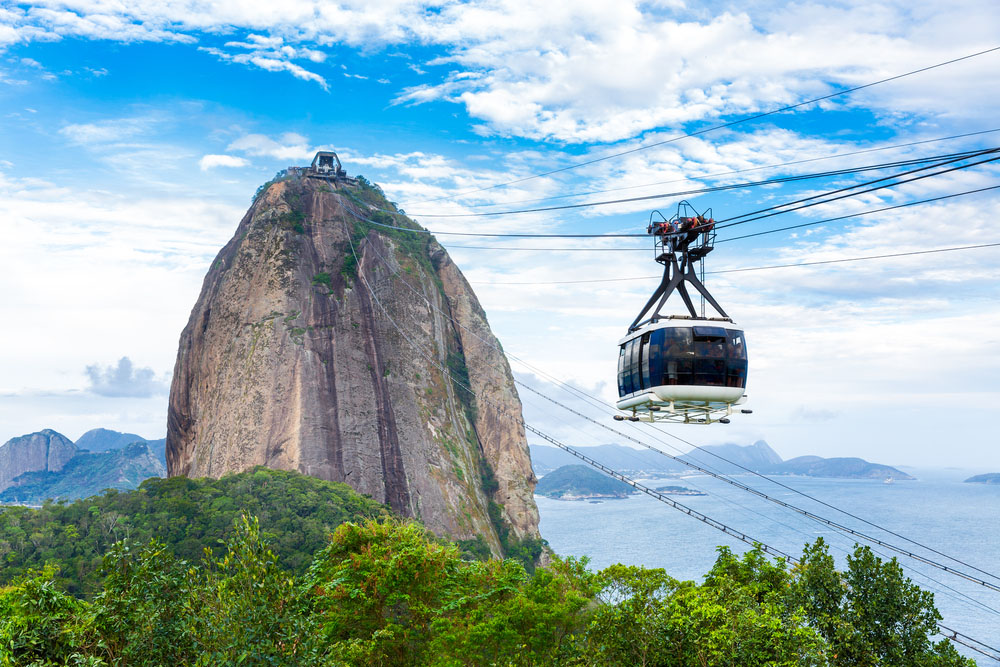 For one of the best views of Ipanema and Leblon you won’t have to climb any mountain as the view is at ground level – sea level in fact.

One of the best spots to appreciate the beauty of Ipanema Beach and the mountains beyond Leblon is to stand on the most easterly point of the beach itself, or on its most easterly extension, Arpoador Beach, and the rocky point, Pedra do Arpoador, that separates it from Copacabana.

The view westward is dazzling at any time, but to be extra special, come at sunset. The light on the sea and the mountains is truly astonishing and your soul may well be touched as the resident Cariocas applaud the sun as it sets to signal the end of another glorious day in Rio. 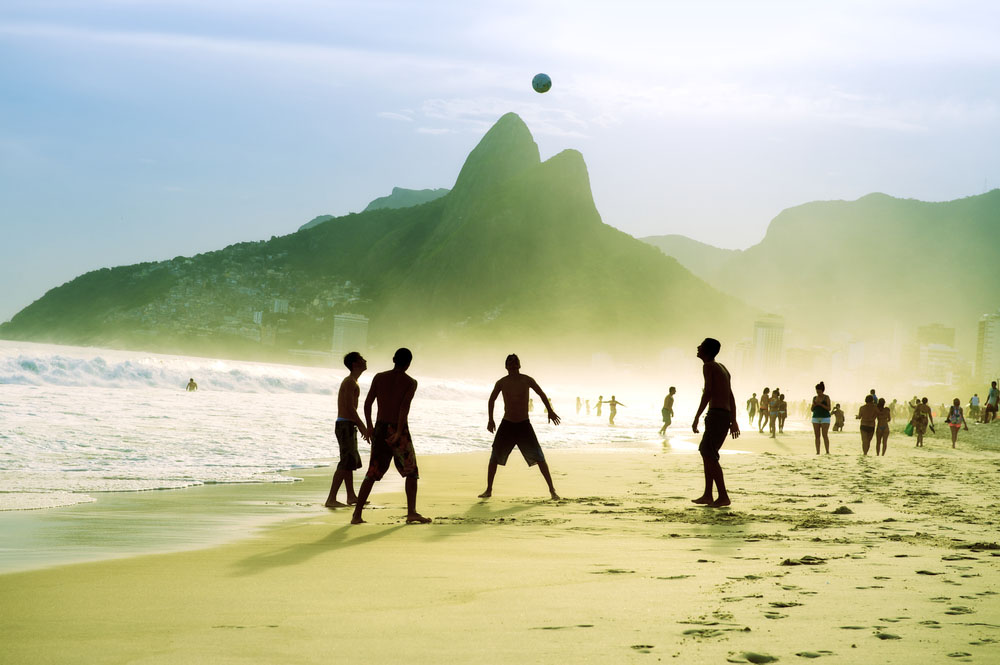 Unlike Ipanema, Copacabana is best viewed from above, partly because it is so large and also because you can only truly appreciate their famously artful sidewalks from above.

There is no prime spot to go for, but try out the top of the hotels as you walk along the beach, many of which have pool or rooftop bars from which you can enjoy a drink and take in the view and sweep of the beach.

Hotels to consider, as you make your way from east to west, would be Windsor Atlantica, Porto Bay, Othon Palace and the Miramar, among a number of other options. And at the Ipanema end of Copacabana, the Sofitel may not be the tallest of the hotels, but the view from the pool level back along the entire stretch of the beach is well worth checking out. 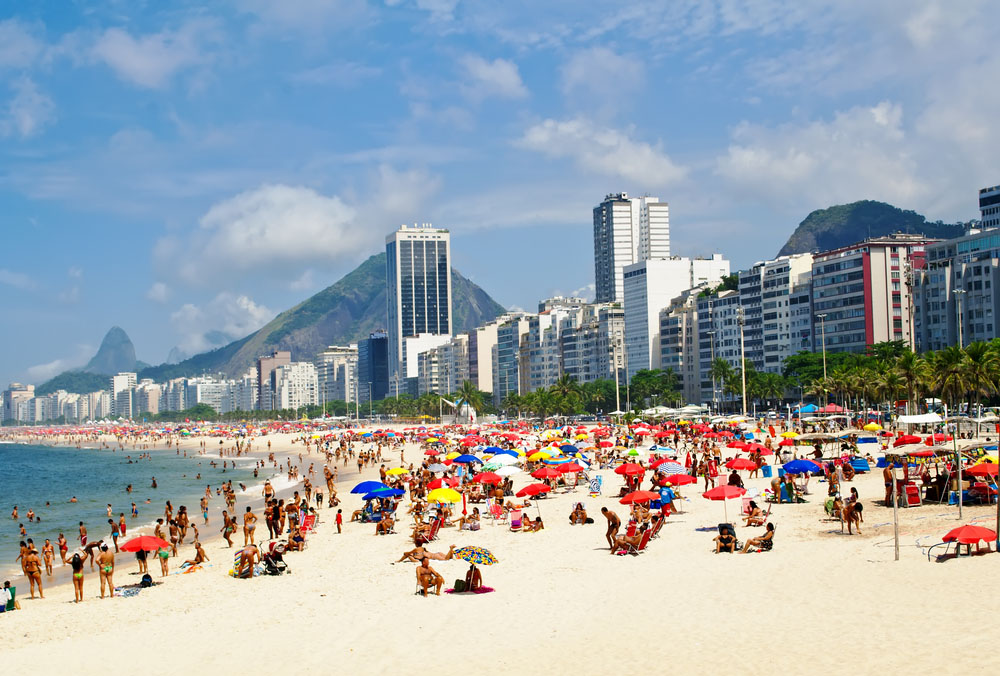 By chance or choice, you may find yourself admiring the beauty of Rio from above as you fly over the city. The chance sighting often comes if you have a window seat on the popular Rio-São Paulo air-bridge shuttle (Ponte Aérea) that links the downtown airports of the two cities (Santos Dumont and Congonhas). Routings do change due to the weather, so it is impossible to say which side of the plane is better to choose, but you are unlikely to be disappointed on either take-off or landing in Rio.

You can also take a helicopter ride over the city, which is not as expensive as you might think and seriously special. The main company offering a variety of routes from heliports across the city is Helisight. In whichever direction you look from the helicopter, you will quickly appreciate the beauty of this city from above.

If you have the nerve, you can forget powered flight and take a tandem flight on a hang glider. This will not only give you an unbelievable thrill, but also breathtaking views over the São Conrado beach area of Rio. 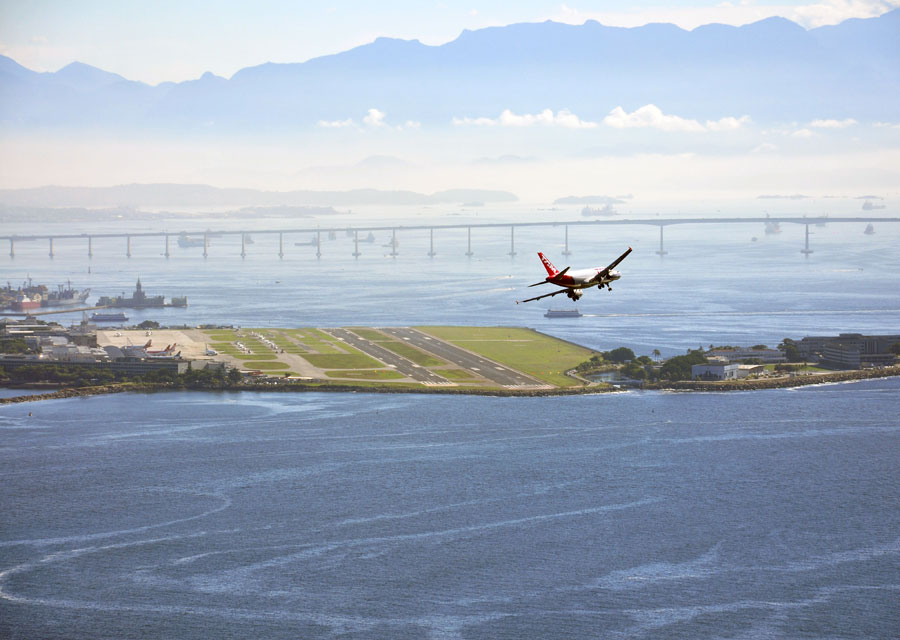