Ecuador – When to Go and What to See 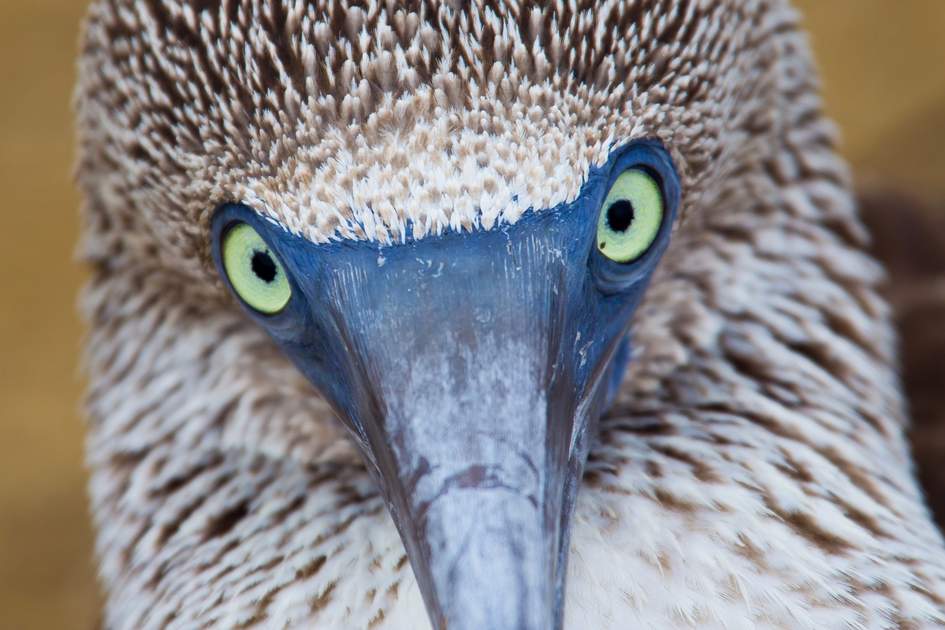 Despite being one of the smallest countries in South America, Ecuador has plenty of attractions: smoldering volcanoes, rainforest reserves, well-preserved colonial architecture and, of course, the Galápagos Islands.

As the northern hemisphere heads into winter, there is no better time to visit Ecuador. The coast and Galápagos Islands are at their hottest and wettest from January to April, while the northern Andes enjoys some of its driest and clearest weather in December; the Oriente’s dry season also lasts until the end of the year and the Amazon basin’s tropical downpours start to clear up at this time too. Ecuador’s dizzying range of terrain extends to miles of palm-fringed beaches on its Pacific coastline, so downtime from activities and adventure is also possible.

How you get around is likely to be determined by where you are hoping to go. Travel around Ecuador is pretty straightforward – there are plenty of buses, which are cheap and go to even the most remote destinations. The newer, luxury-standard buses run between major cities and tend to be more reliable. There are some stunning rail routes (most notably the "Devil’s Nose" between Alausí and Sibambe), although these don’t connect the whole country, while domestic flights connect all of the main cities and many of the Oriente villages. Travel by private car is also more pleasant than in many neighbouring countries, as the roads are generally in a better state and the country as a whole is safer. And of course, in the Amazon, much travel is by boat.

Old Quito displays Spanish colonial architecture at its finest. Walls of brilliant whitewash, deep blue railings, and green tiled rooftops dazzle the eye, and are reminiscent of a period when the city was one of the Spanish empire’s cultural hubs. The Spanish past blends with modern cultural migration as members of Ecuador’s many ethnic groups make Quito their home. Above it all stands the church of San Francisco, which was the first major religious construction on the continent and is the spiritual heart of the city. Other incredible Baroque churches include the magnificent La Compañía de Jesús, built by the Jesuits between 1605 and 1768. Containing an estimated 7 tons of gold, it is Ecuador’s most ornate church. 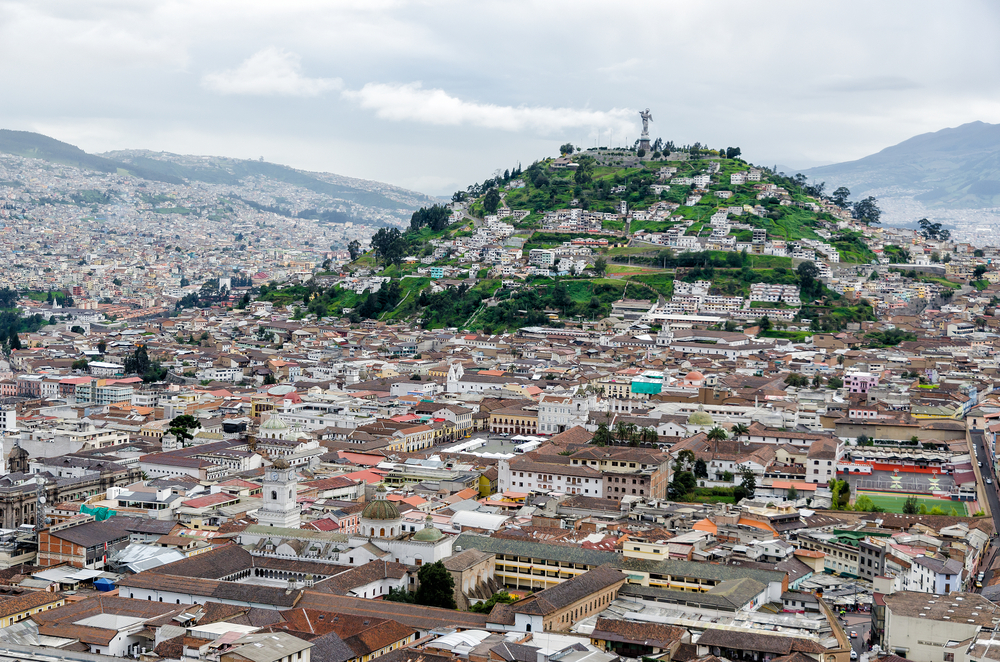 Avenue of the Volcanoes

Heading south from Quito takes you along the "Avenue of the Volcanoes," with excellent views of all the major peaks that make up Ecuador’s Andean spine. Parque Nacional Cotopaxi encompasses the peaks of Cotopaxi, Rumiñahui, and Sincholagua. Cotopaxi is one of the world’s highest active volcanoes and attracts thousands of climbers to its 5,897-meter (19,350-ft) summit every year. Hike and climb to the top of the world (as measured from the earth’s centre) in this region. Dramatic journeys by rail, hot springs at Baños, and the colourful indigenous market at Alausí are also top attractions here. 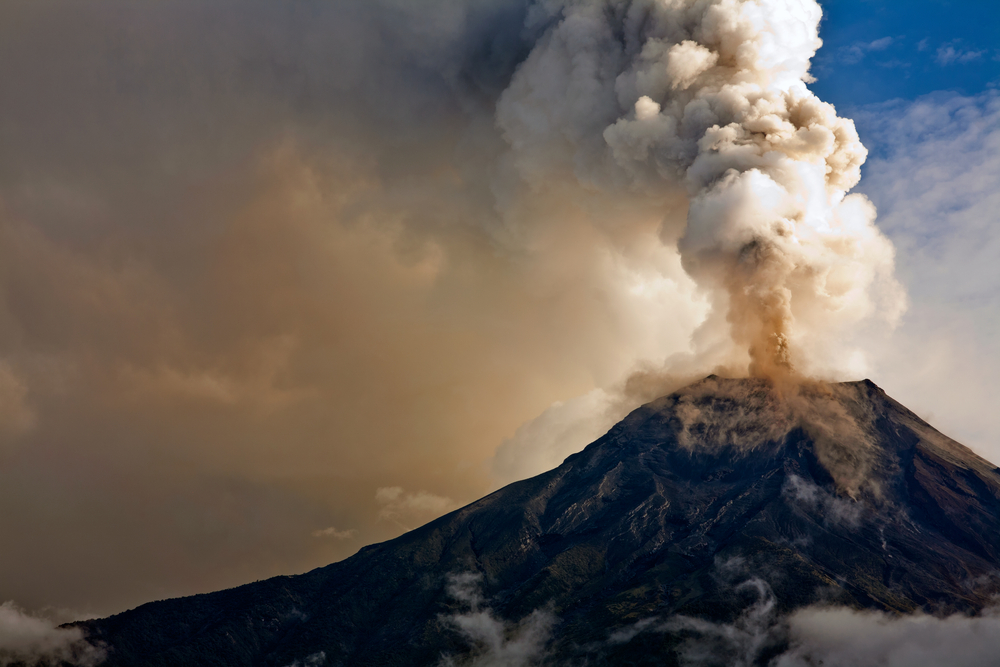 The Ecuadorian east, or Oriente, is the upper Amazon basin east of the Andes. It is a place of endless virgin rainforest cut by fast-flowing rivers and inhabited by jaguars, ocelots, anacondas, monkeys, tapirs, fish-eating bats, piranhas, and more than 450 species of birds. The indigenous inhabitants of the Oriente include the Siona, Cofán, Quichua, Quijo, and Huaorani tribes in the basins of the Napo, Aguarico, and Pastaza rivers to the north; and the Shuars, Ashuars, and Saraguros in the south. Travel in this region is easier than in neighboring countries, as distances are shorter and transportation is quite straightforward. Amazon lodges provide a doorway to the world’s most diverse ecosystem. 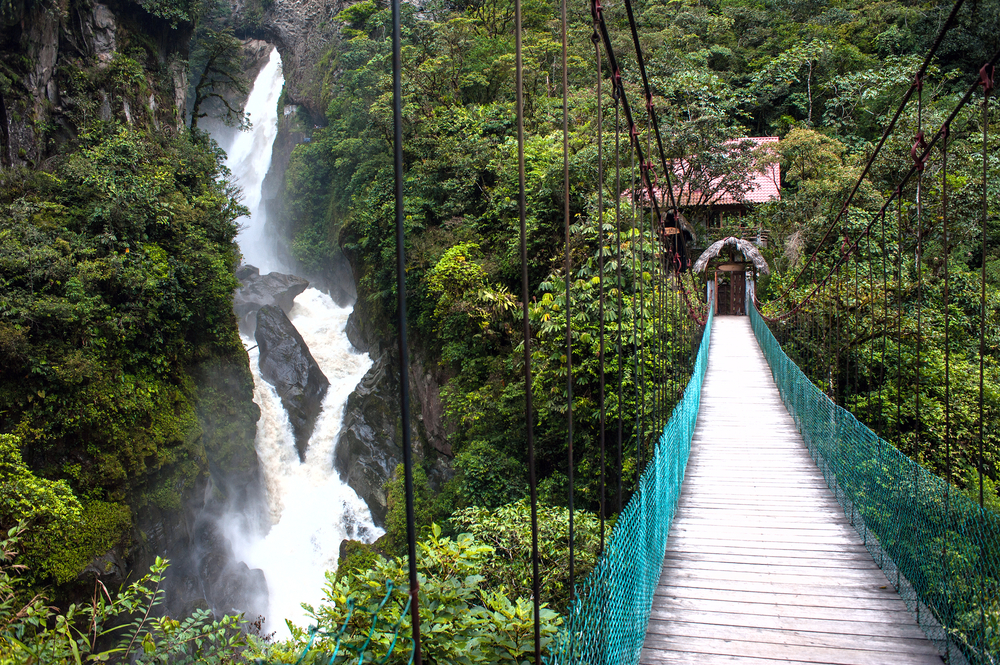 Esmeraldas, strung along the shore of the river of the same name, exemplifies urban coastal culture. This city is loud and vibrant late into the night. Among a population that is chiefly mestizo and black, mountain campesinos in bowler hats sell fruit while Andean panpipes interrupt Caribbean dance music and techno rhythms. All the while, Chinese restaurants serve sweet-and-sour. Southwest of Esmeraldas are some of Ecuador’s finest beaches. Indeed, the Pacific-coast beaches generally offer leaping whales, water sports and some of the oldest archealogical remains in the Americas – if you can tear yourself away from a palm-shaded strip of remote sand. 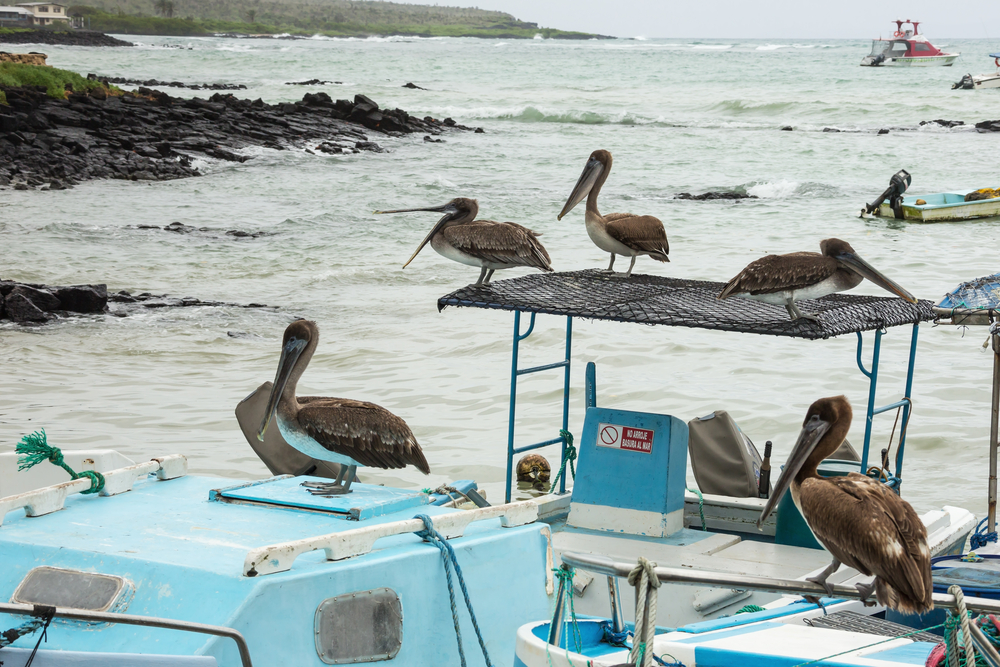 Marvels of isolated evolution, the Galápagos Islands boast unique wildlife, approachable like nowhere else on the planet. There are 13 major islands, six small islands, and 42 islets spread over an area of 80,000 sq km (30,000 sq miles). The land consists of lava resting on a basalt base, volcanic refuse produced by successive underwater eruptions, which continue today. The islands have never been connected with the mainland, but emerged from the water individually over a million years. Here, you can swim with sea lions, dive with sharks and marine iguanas, and spot blue-footed boobys. On land, the unchallenged king of the islands is the giant tortoise, which can live for 200 years and weigh up to 300kg (600lb). 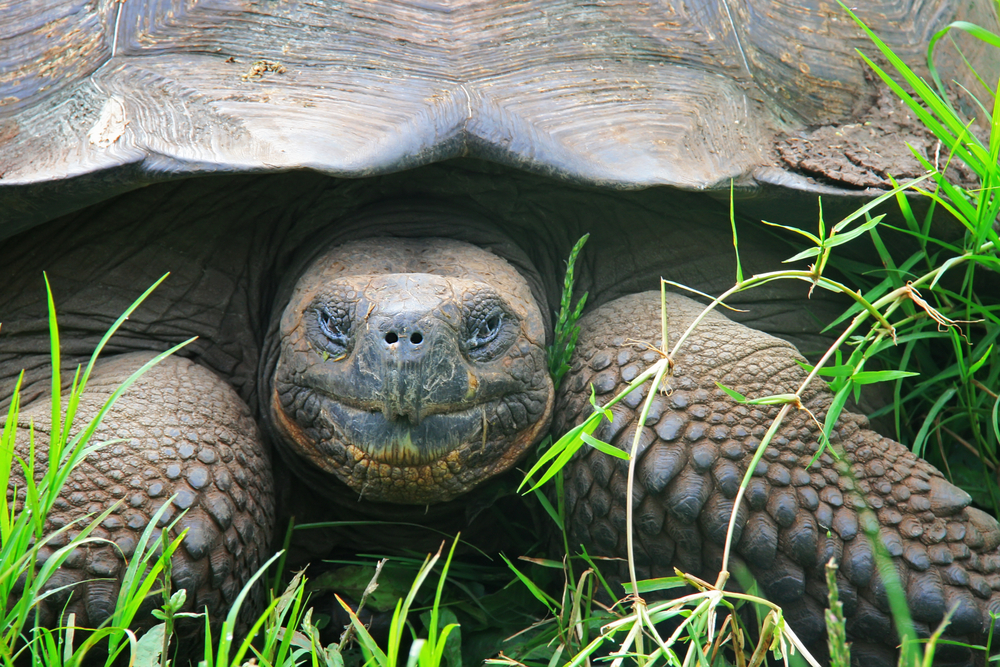