From the mighty Andes mountain range to the Amazon basin rainforest and northern Pacific coastline, Ecuador’s natural beauty is as diverse as it is spectacular. Experience it all with our selection of great adventures in Ecuador. 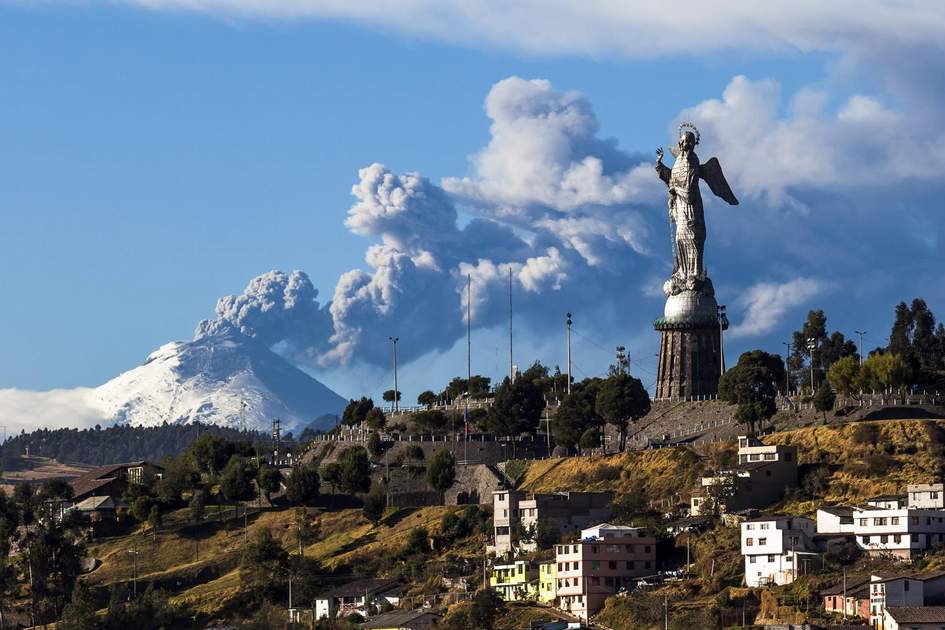 1. Hiking the Inca Trail to Ingapirca

There are several ways to reach the Unesco World Heritage listed Ingapirca Ruins in Ecuador’s southern Sierra – you can catch a bus from Canar, take a taxi from Cuenca or rent yourself a car, but perhaps the best way is to arrive at Ingapirca by foot. This three-day trek follows the route of an Inca road, through high-altitude páramo (areas of alpine vegetation). The iTur tourist office in the town of Alausí can recommend guides based in Achupallas to the east, from where the hike starts.

The Ingapirca site is part of the ancient Inca road and defense system that stretches from Colombia in the north to Argentina in the south. Ingapirca means ‘Inca stone wall’, and we know that the Inca ruler Huayna Capac built Ingapirca in the 15th century on the royal highway that ran from Quito to Cuzco and stationed soldiers there to keep the indigenous Cañaris tribe under control. Throughout the Inca Empire, outlying settlements were intended to be models of Cuzco (the Inca capital in what is now Peru) on a much smaller scale. From what remains of Ingapirca, the site probably had storehouses, baths, a royal inn for the Inca, dwellings, and a sun temple, the remains of which can be seen in the beautiful ellipse, made of green diorite and modeled after the Koricancha, the main temple in Cuzco. 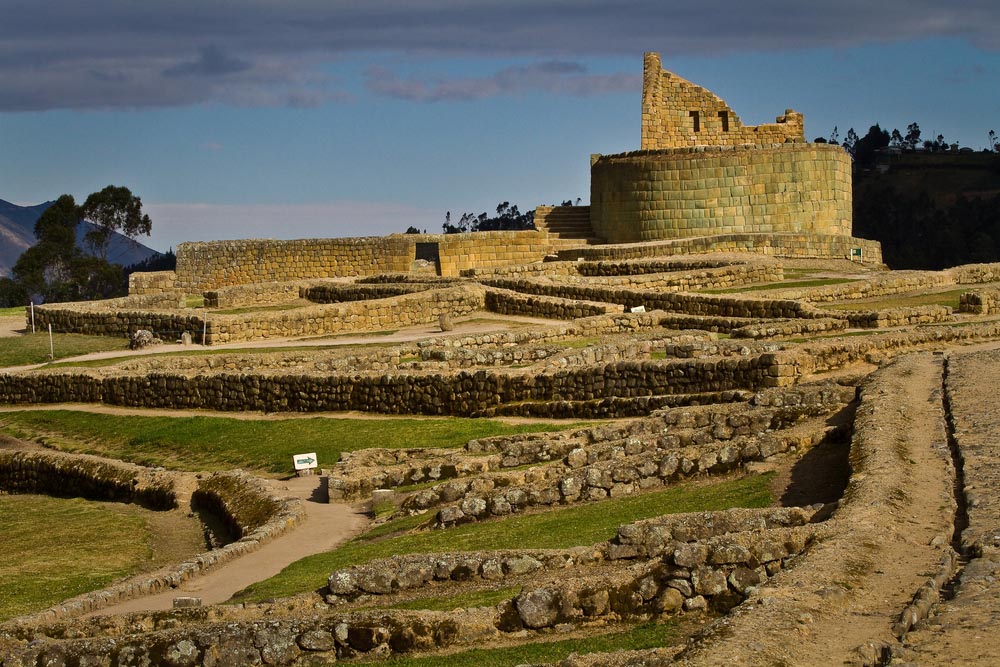 Temple of the Sun at the Ingapirca ruins in Ecuador. Photo: Fotos593/Shutterstock

Looming over the ‘Avenue of Volcanoes’ region is Volcán Cotopaxi (5,897 metres/19,350ft), Ecuador’s second-highest peak and one of the world’s highest active volcanoes. Cotopaxi has gentle, curving snow slopes and the massive rock wall of Yanascha just below the summit. It makes for a memorable ascent as the rays of the sun at dawn set the whole glacier sparkling. The summit crater seems perfectly formed against the deep blue Andean sky.

Those with little or no mountaineering experience can attempt the climb, but should be aware that it reaches high altitudes and involves negotiating crevasses and some steep stretches of ice and snow. You will need to be fit and healthy, fully acclimatized, and have an experienced and reliable guide, preferably one certified by ASEGUIM (Asociación Ecuatoriana de Guías de Montaña). In Quito, there are numerous tour operators who offer guided climbs up Cotopaxi and hire out the necessary equipment.

Typically, you arrive at the mountain station on Cotopaxi the afternoon prior to the climb, and will practise using crampons and ice axes if you’re inexperienced. The climb itself starts at 1am, so you reach the summit at sunrise and descend before the daytime heat makes the snow and ice unstable. The ascent takes around seven hours, but you will be rewarded by breathtaking views of all the major peaks in Ecuador and down over the volcano’s wide, steaming crater. The descent takes at least three hours.

Montañita, which for many years was simply a locally known surf spot, has blossomed into the largest surf resort in the country. It is one of Ecuador’s major backpacker hangouts and very much part of the bohemian traveller scene.

The broad sandy beach has a reliable beach break and a point break, meaning there are waves that are suitable for surfers of all levels, from beginners to experts. You can take classes and hire surfboards at several surf schools along the beach, which is filled with umbrellas, beer vendors, and carts selling ceviche de ostra (oyster ceviche) in summer.

The town is also a good base for arranging tours to coastal Machalilla National Park where visitors can enjoy nature trails and excellent snorkelling, as well as watch humpback whales which frequent the waters offshore from July to September. 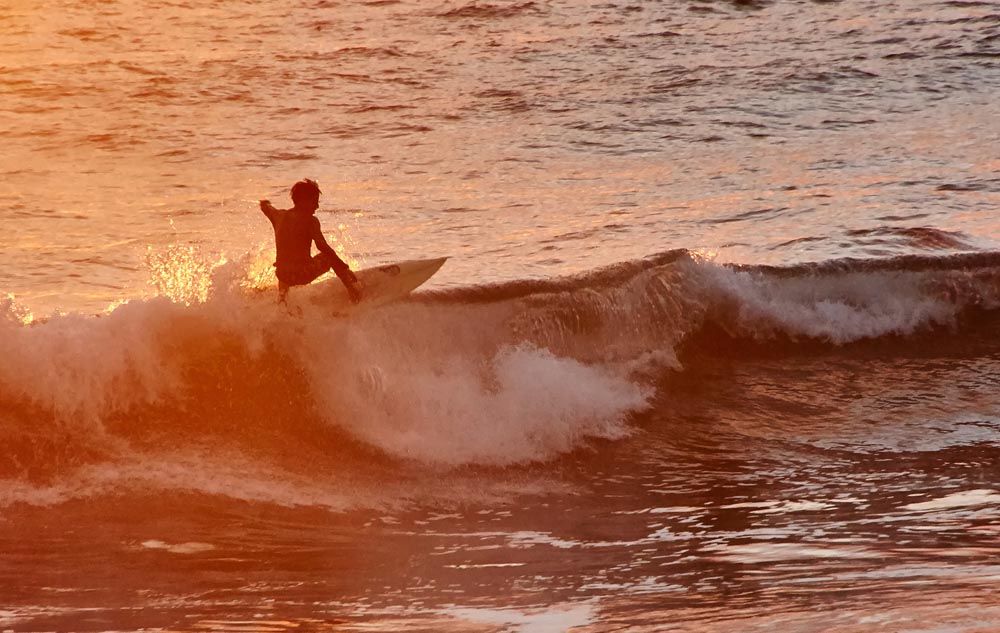 Surfer riding a wave at sunset in Ecuador. Photo: Zenobillis/Shutterstock

4. White-water rafting in the Andes

Tena, which lies 75km (47 miles) south of Baeza in the Oriente rainforest region, is the kayaking and rafting capital of Ecuador. The town straddles the Tena and Pano rivers, so you always have the feeling that water is near. The charming main plaza overlooks the river, on the other side of which is the malecón (pier). Operators in town offer tours varying from wild white-water (and white-knuckle) rides to gentle river floats, and taking one of these trips is a fantastic way to see some of the beautiful jungle, canyons and cloud forest that surround the town. Multiple-day rafting trips featuring multiple stretches of rapids can take you right into the heart of the Amazon jungle. 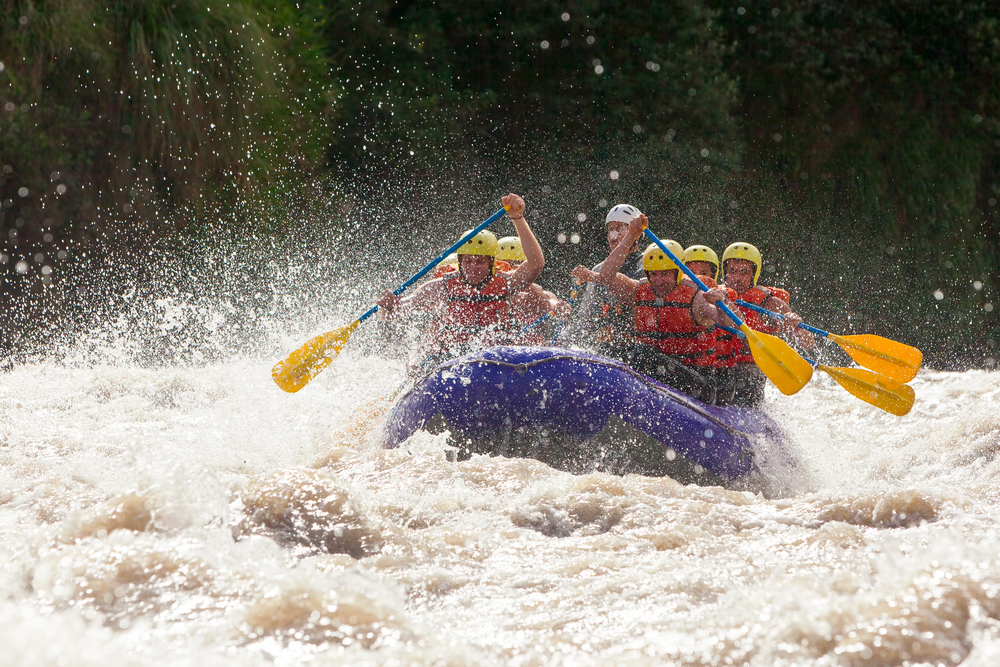 In their heyday, Ecuador’s railways were its lifeblood. Today, road travel is the main means of transportation but the country still has some great railway journeys, including the grandaddy of them all: the mesmerising run from Riobamba to Sibambe via the thrilling switchbacks of the Nariz del Diablo (Devil’s Nose), a sheer bluff of rock somehow scaled by rails.

Train travel in Ecuador began in 1908, when the first train chugged its way into the Ecuadorian capital from the second city, Guayaquil. The opening of the Quito–Guayaquil line was a momentous achieve­ment that had taken 30 years and huge financial investment, as well as costing many lives. The route was immediately hailed as one of the ‘great railway journeys of the world,’ reducing to two days a former nine-day trek along a mule path that was often impassable due to rain.

The most technically challenging part of this route – and the most thrilling part of the section still in operation today – is the rightfully world-famous Nariz del Diablo (Devil’s Nose) between Alausí and Sibambe. This daredevil piece of engineering takes the train plunging down the steep switchbacks of a precipitous descent crossing spindly bridges over heart-stoppingly deep ravines. There are frequent stops for passengers to get out and marvel at the spectacular views as well as the engineering. Several times the train has to reverse to negotiate a radical switchback. Clouds of diesel smoke add to the atmosphere. 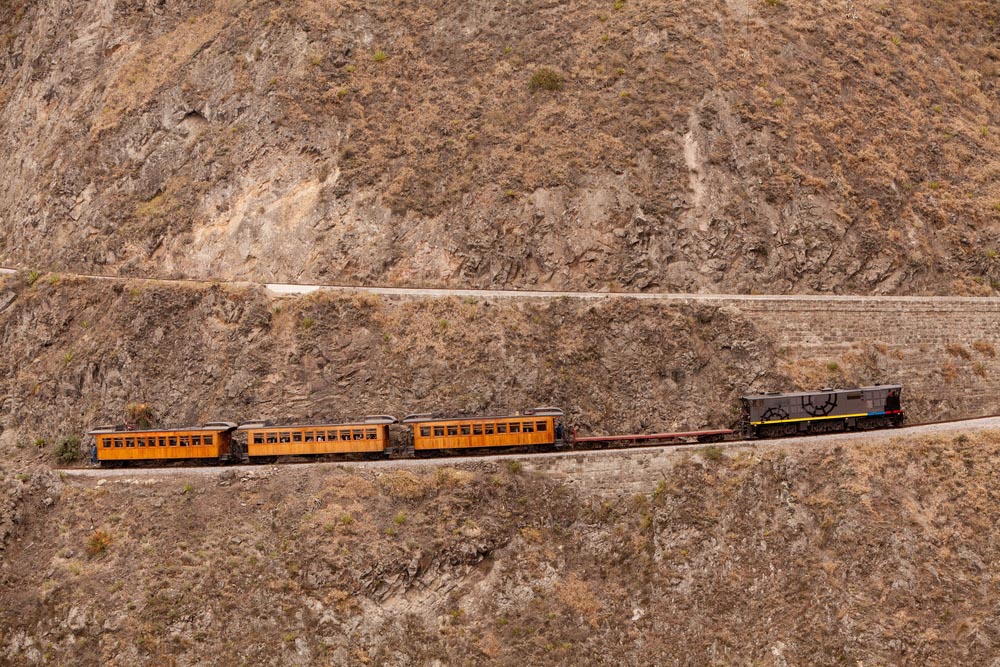 Our local experts can help you to plan and book unforgettable trips to Ecuador and the Galápagos Islands. Simply get in touch to let us know your ideas for the trip and when you would like to travel. We will then create a personalised itinerary that you can amend until you're completely happy with every detail before booking. Take a look at our existing itineraries for inspiration, and keep in mind that they can all be tailored to meet your own specific needs.


What our customers say