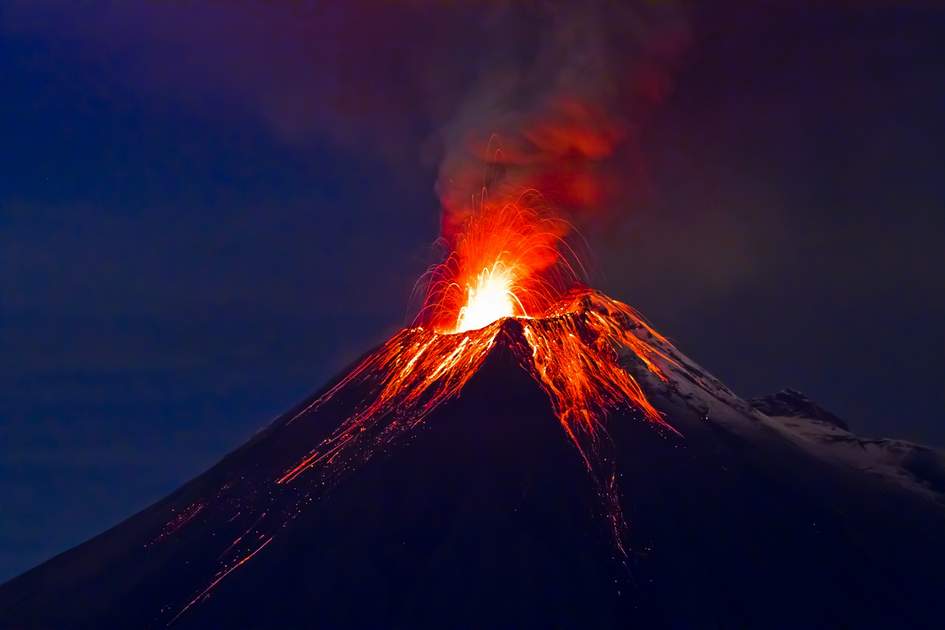 Slap bang in the centre of Ecuador lies an extremely fertile collection of valleys formed beside the slopes of numerous volcanoes; some active, some dormant. These volcanoes are part of the Andes mountain range, a spine that runs through the centre of Ecuador producing dramatic landscapes running north-south.

This is the easternmost section of the Pacific's Ring of Fire, a notoriously active volcanic and seismic line that you can trace up from New Zealand, through Indonesia, Japan,Alaska and down the westen United States where volcanoes and earthquakes are constantly changing the landscape.

The German explorer Alexander von Humboldt named these valleys The Avenue of the Volcanos in the early 1800s. (He was also indirectly responsible for the naming of the Humboldt Penguin.) There are 28 volcanoes on the mainland and a rather impressive 15 in the Galápagos Islands. Quite a count for one of the smallest South American nations.

Looking to explore private, tailor-made trips to Ecuador? Amanda, our local expert, is ready to customize your experience from start to finish. Check it out!

The Andes themselves attract many climbers seeking the very tricky mountaineering opportunities a lot of these volcanoes provide, but it's also possible to enjoy some of the physical geography without submitting yourself to an extreme three-day event.

It is worth noting that since 2013 if you are climbing any peak over 5,000m you are required to climb with a licenced guide. This, of course, applies to a number of these volcanoes. 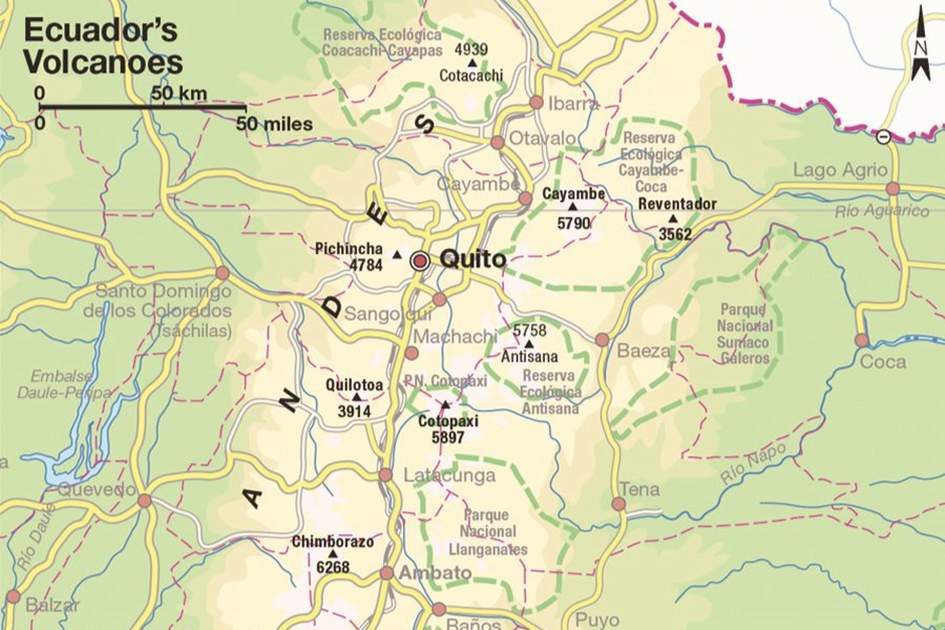 Here is our quick guide to some of the most epic volcanoes in Ecuador:

The third-tallest point in the country at 5,790m, this extinct volcano is also the highest point on the equatorial line. Another noteworthy fact is that it's the only place on earth that the equator passes through snow fields. The line passes somewhat annoyingly 'off-centre' at a point only 4,690m on it's flanks - a few hundred meters to the north and the record would be higher.

When exploring the capital you can't help but notice the looming presence of this volcano 8km to the west. Pichincha is formed by two peaks, Quechua at 4,690m and the slightly higher Guagua at 4,784m. It is quite active having quietly erupted a few times in the last 10 years or so.

The October 1999 eruption saw the city covered with several inches of ash.

This is the most famous of the volcanoes in Ecuador. It lies just to the southeast of the capital and is visible on the skyline as visitors explore the city. This is Ecuador's second highest peak at 5,897m. Its summit plays host to one of the few equatorial glaciers on Earth. It is a popular destination for serious climbers, with hundreds being guided up at weekends.

The very photogenic caldera of Quilotoa has become a popular entry in the Ecuador 'best of' lists. The 3km-wide crater, formed following a structure collapse 800 or so years ago, is now filled by the deep Laguna Quilotoa, given a beautiful greenish tint by the mineral deposits laid by the eruptions on the lake's floor and the hot springs to the east of the lake keeping the minerals moving. It's quite a short mountain in comparison to its neighbours reaching a mere 3,914m at its highest point.

This makes it easier to access and as a result it has become a popular site for tourists. Access can be made via tour groups as well as buses to the small village of Quilotoa from Latacunga. There is a small charge to scale to the top and see the view but it is well worth it. As with all trips to high elevations you need to pick your day carefully. Clouds can make a trip pointless, so try and get there early and on a clear day.

Volcán Chimborazo is Ecuador's highest mountain towering to 6,268m above sea level, logging in at number 12 on the world's highest volcanoes lists. It also holds another, more interesting, height record.

There is a bulge in the shape of the Earth along the equator meaning the tip of this volcano is actually the farthest point on the surface of the Earth from the centre of the planet, beating even Mt Everest.

It is dormant, with the last eruption having happened nearly 1,500 years ago. It's also another mountain that has been draped with glaciers.

A particularly active volcano lying in the eastern slopes of the Andes is found in the Reventador National Park, a very remote six-hour drive from Quito.

The volcano sprang to life with a spectacular eruption in 2008, sending a 17km plume into the air and producing lava and pyroclastic flows to lay waste to a large area to its southeastern flank. Ash covered some cities, a reminder of the unstable earth the country is built upon.

The remoteness of the site means its presence is of little threat to anyone other than volcanologists and the over-intrepid.

The city of Baños has always been famous for its thermal hot springs bubbling out of the side of the wild and unruly Tungurahua volcano (5,023m). In 1999 the volcano started erupting again, and the 25,000 townsfolk were evacuated. Residents fought their way back in at the beginning of 2000 at their own risk, even with the volcano spewing hot rocks and ash only 7km (4 miles) away.

Another major eruption took place in 2006 accompanied by a 10km (6-mile) -high ash cloud and pyroclastic flows resulting in seven deaths and destroying hamlets and roads on the western and northwestern slopes of Tungurahua.

The volcano has continued its activity through to another sizeable eruption in February 2014. Geologists are keeping a close watch on the peak and will evacuate the town again if necessary. In quieter times tourist operators in town offer night-time volcano-viewing tours – but it goes without saying that travelers should check if there are actually any pyrotechnics going on before signing up!

Get lost in a guidebook: Insight Guides: Ecuador & The Galapagos