Florence is without a doubt one of the finest open-air museums in the world. Few nations, let alone cities, can boast of having nurtured such a remarkable heritage in art, science, literature and architecture. Where to start with seeing it all? In our favourite galleries across the city 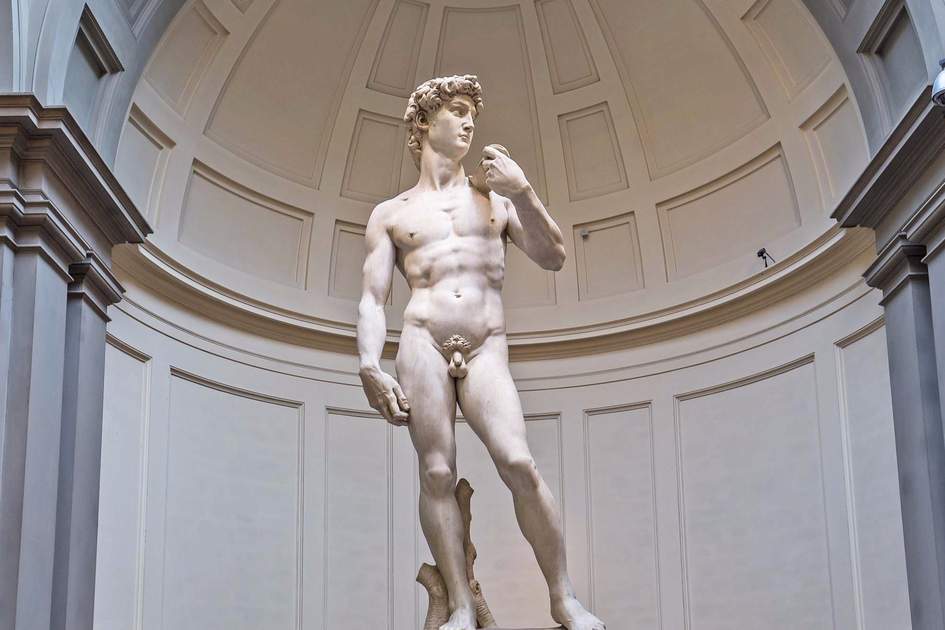 Florence’s most famous gallery is in a U-shaped building whose former use as administrative buildings gave it its name, ‘The Offices’. It now holds the highest concentration of Renaissance art in the world, including works by Botticelli, Leonardo da Vinci, Michelangelo and Raphael. Begun by Cosimo I and added to by his successors, the collection was bequeathed to the people of Florence in perpetuity in 1737 by Anna Maria Ludovica, the last of the Medici dynasty, on condition that it never leave the city.

Among the most loved and reproduced of Renaissance paintings are the haunting La Primavera (The Allegory of Springtime; c.1480) by Botticelli and his renowned Birth of Venus (commonly referred to as ‘Venus on the Half-Shell’, c.1485). A whole room is devoted to Leonardo da Vinci and his Annunciation (1475) and Adoration of the Magi (1482).

The Uffizi contains just one work by the great Michelangelo, a round oil painting showing the Holy Family, known as the Doni Tondo (1503–5). Firmly but humanly treated, it is the only known panel painting by an artist better known for frescoes and sculpture. The works by Titian include Flora (c.1515) and his celebrated, voluptuous nude, the Venus of Urbino (1538).

The Blue Rooms (Nos 46–55), opened in 2011, feature non-Italian art, mainly from the 17th and 18th centuries, and include portraits and self-portraits by Rembrandt. The Red Rooms (Nos 56–66), opened in 2012, display the great Medici family portraits by Bronzino. Explore the Uffizi with Insight Guides' Florence: A Trip Back in Time itinerary.

The Accademia’s main attraction is its seven sculptures by Michelangelo, whose stand-out centrepiece is the 4.5m (15ft) David, perhaps the most famous sculpture in the Western world. Brought here from the Piazza della Signoria in 1873, it is displayed in a purpose-built domed room. Commissioned in 1501 as a symbol of Florence, upon its completion Michelangelo was just 26 years old. The balanced and harmonious composition and mastery of technique instantly established his David as a masterpiece.

The other works here are the four Prisoners, providing a remarkable illustration of Michelangelo’s technique as they emerge from the rough stone. He claimed that all his sculptures already existed within the block of marble, and that he only had to release them. These figures, apparently struggling to break out of the rough marble that holds them captive, offer a wonderful expression of his philosophy.

The gallery contains other important works, as well as a fine collection of musical instruments.

The fortress-like Palazzo del Bargello was Florence’s original town hall and one of its earliest public buildings, begun around 1250. The Bargello served as the seat of the magistrates responsible for law and order, and later housed the office of the Captain of Justice (bargello), the 16th-century equivalent of today’s police commissioner. Today, the Bargello is to sculpture what the Uffizi is to painting, for it houses many Renaissance masterpieces. You can add a visit to the Bargello to a fully customisable existing itinerary, or speak to a local expert about arranging a tailor-made trip.

The first room is the Sala Michelangelo. Michelangelo was only 21 when he finished his early masterpiece, The Drunken Bacchus. He sculpted the marble Pitti Tondo of the Virgin and Child eight years later in 1504, while working on his famous David (now in the Accademia). You will also find Michelangelo’s ‘other David’, Apollo, sculpted 30 years after the original.

The Salone di Donatello contains works by the sculptor that capture the spirit of early Renaissance Florence. Donatello’s most important work – his bronze figure of David (1440–50) – is credited as the first free-standing nude statue of the Renaissance.

Also noteworthy are Ghiberti and Brunelleschi’s original bronze panels (The Sacrifice of Abraham), designed for the Baptistery design competition of 1401. 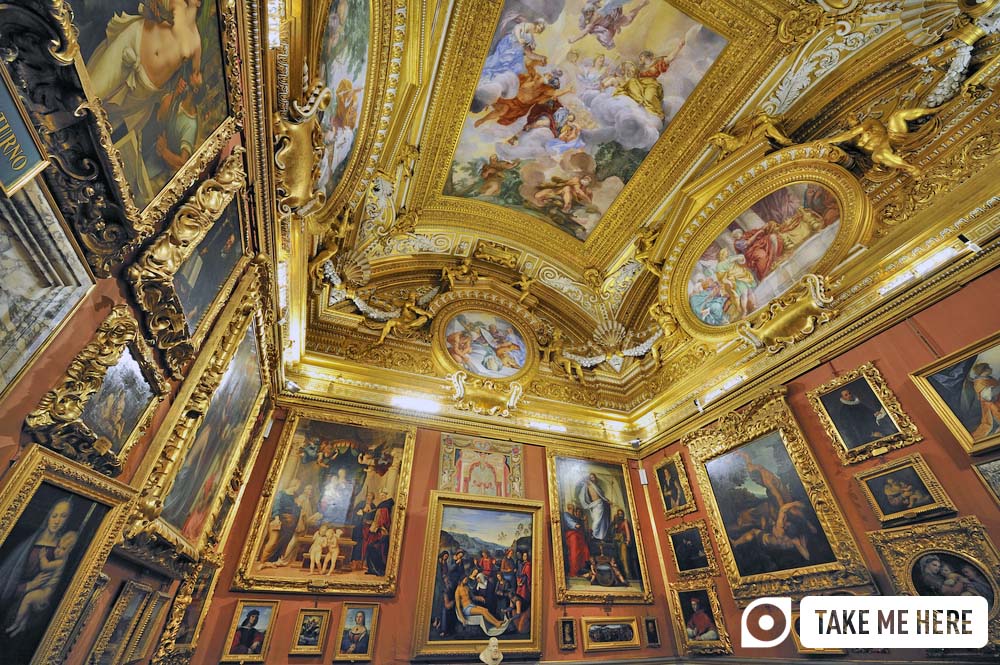 Former seat of the Medici, Palazzo Pitti is the largest and most lavish of Florentine palaces. The Florentine merchant Luca Pitti, who wanted to impress his rivals, the Medici, built this palace as a symbol of wealth and power. Begun in 1457, it was continuously enlarged until the 19th century.

The sumptuous Galleria Palatina and the Appartamenti Reali (Palatine Gallery and Royal Apartments) are the main attraction of the Palazzo Pitti complex. The latter consists of 14 lavishly decorated rooms. Its name is misleading as the inhabiting families were not in fact monarchs. The former preserves the magnificent art collection of the Medici and Lorraine grand dukes, just as the owners hung them. It is a grand jigsaw puzzle jumbled by theme and personal preference rather than historical sequence. Priceless paintings decorate dazzling rooms, hung four-high amid gilded, stuccoed and frescoed decoration. It is the largest and most important collection of paintings in Florence after the Uffizi. There are superb works by masters such as Titian, Rubens, Raphael, Botticelli, Velázquez and Murillo, exhibited in grandiose halls adorned with ceiling paintings of classical themes, such as the Hall of the Iliad and the Hall of Venus.

The complex also contains museums dedicated to Modern Art, Costume, Silver and Porcelain as well as the famous Boboli Gardens.

At the east end of Piazza del Duomo, the Museo dell’Opera del Duomo holds many of the Duomo’s most precious treasures and original sculptures. After 27 years of restoration the original bronze panels of Ghiberti’s Gates of Paradise, designed for the Baptistery, were finally put together and installed in the glass-topped courtyard of the museum. The sumptuous 14th–15th-century silver-faced altar is also from the Baptistery. Other treasures include rich gold and silver reliquaries, one of which supposedly houses the index finger of St John, Florence’s patron saint. You can add a visit to the Museo dell'Opera del Duomo to a fully customisable existing itinerary, or speak to a local expert about arranging a tailor-made trip from scratch.

Brunelleschi’s original wooden model of the Duomo’s cupola is also here, as is Donatello’s harrowing wooden effigy of Mary Magdalene and the Zuccone that once graced the Campanile. The two beautiful sculptured choir lofts are by Donatello and Luca della Robbia respectively. The museum also houses Michelangelo’s unfinished Pietà, which may have been intended for his own tomb.

This article was originally published on October 10, 2016.

Taking a holiday to Florence: how to get started

Insight Guides can help you with planning, organising and booking your trip to Florence. Simply, get in touch and share your budget, interests and travel style. Our local experts will create an itinerary exclusive to you and your requirements, which you can amend until it's just right. Alternatively, browse and modify ready-made holidays to create your dream trip today.

When to go to Florence

How to find Florence's top cafés and bars

We really appreciated the whole tour, particularly the Venice food tour with tasting of local fish tapas and wine. We had the chance to visit the main sites without any rush and got a very personal approach.

Our holiday is definitely one of the best ones I have ever had, we came back home with wonderful memories!