If you are planning a trip to Florence, make sure you factor in a trip to the Tuscan countryside to sample the region's fabulous wines. 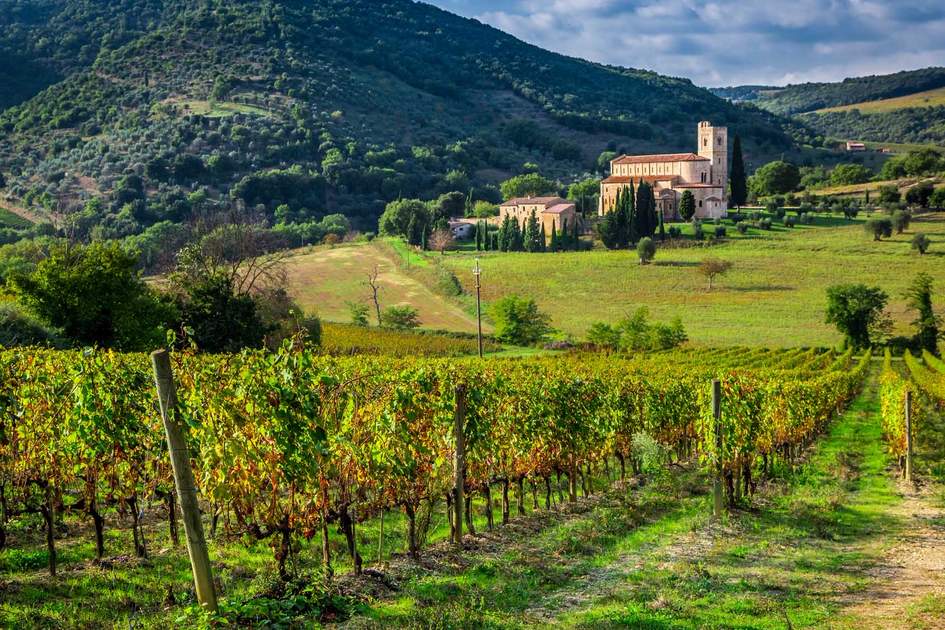 Vineyards and the monastery in Tuscany
PrevNext

Vineyards and the monastery in Tuscany. Photo: Shutterstock

Tuscany remains at the forefront of the wine industry, which is still dominated by many of the original noble families. Wine-growing dates back to Etruscan times, as evidenced by the goblet found in an Etruscan tomb at Castellina in Chianti, and surviving Etruscan frescoes that depict Bacchus, the Roman god of wine. Medieval monasteries established viticulture here – where Badia a Coltibuono and Antinori’s Badia a Passignano remain beguiling wine estates today. Let our local experts create a tailor-made trip to Italy for you, and visit all the best vineyards in Tuscany.

Wines of the region

To some outsiders, Tuscany is still synonymous with Chianti, much to the chagrin of the region’s other fine red wine producers. However, the top Tuscan red is arguably Brunello di Montalcino, made from Sangiovese grapes grown on hillsides south of Siena. Brunello is a powerful yet refined red that ages superbly, with Rosso di Montalcino its more approachable younger sister, and the 'princely' Vino Nobile di Montepulciano, loved by princes and popes since Medici times. Brunello has bounced back after the so-called 'Brunellogate' scandal in 2008 that saw certain producers illegally blend in non-Sangiovese grapes. Sample them all with a tailor-made trip to Tuscany.

The wines of the Maremma are increasingly fashionable and mostly made with Bordeaux varieties such as Cabernet Sauvignon, Franc and Merlot. These elegant wines have a crispness rarely found in New World Cabernets or Merlots. Around Bolgheri, look out for great names such as Sassicaia and Ornellaia. Antinori Solaia, Frescobaldi Giramonte, Sette Ponti Oreno and d’Alessandro Syrah are other superb “Super-Tuscans”. Detractors claim that Super Tuscans lack a sense of place and are overpriced. Fans retort that these wines express the true creativity of the winemaker. 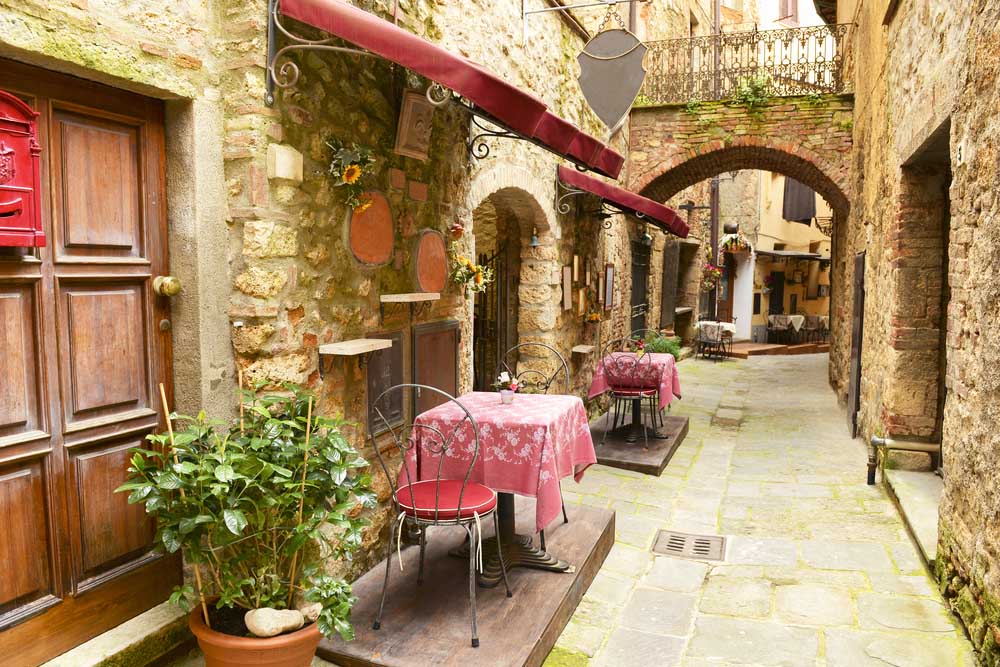 The Chianti covers an enormous region, spanning seven different wine 'zones”' At its heart, in the hills between Florence and Siena, is Chianti Classico, with the remainder – the Colli Fiorentini, Colli Senesi, Colline Pisane, Colli Aretini, Rufina and Montalbano – spread out over central Tuscany. The main centres in Chianti Classico are Greve, Panzano, Castellina, Gaiole, Fonterutoli and Radda. Easily accessible off the picturesque route SS222, the grandest, castle-like estates have often been run by the same families since medieval times, as is the case with the aristocratic Antinori, Frescobaldi, Mazzei and Ricasoli dynasties. Their vaulted castles, rolling vineyards and gastronomic restaurants encourage you to linger. Add Chianti as an excursion from our Florence: A Trip Back in Time itinerary, or speak to a local expert about creating a tailor-made trip made to Tuscany.

Contact the Chianti Classico consortium (www.chianticlassico.com) for links to their producers. For a memorable experience, book a tasting (degustazione) combined with a tour of the vineyards and cellars. Alternatively, Insight Guides' travel experts can help you plan your holiday in Tuscany. 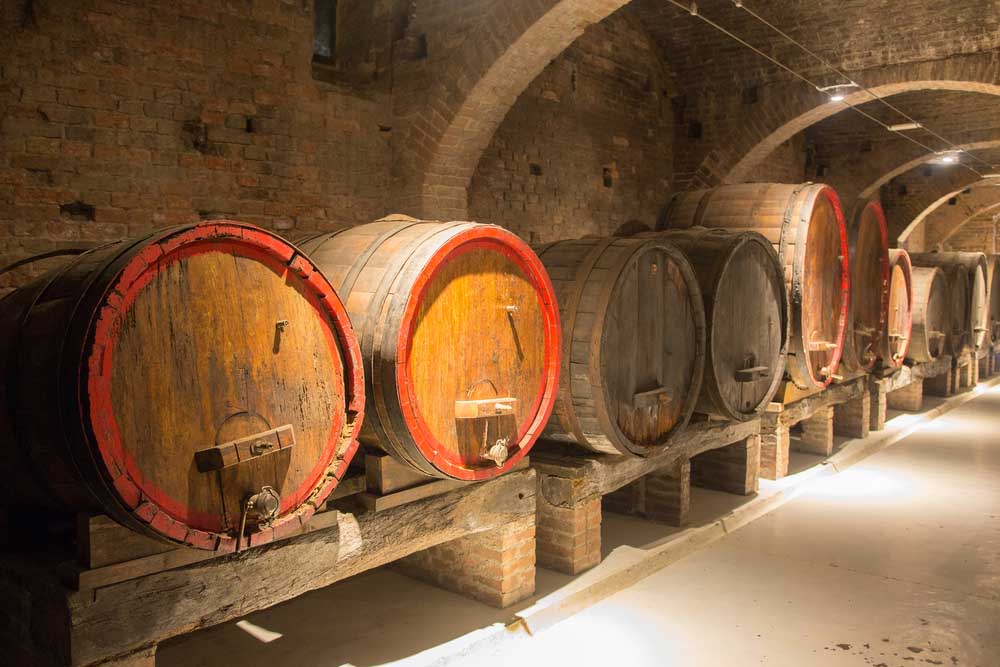 This wine estate, run by the Stucchi Prinetti family, markets itself as a “wine resort” – stay overnight, dine in the stables, do a cookery course – within the former Romanesque abbey. Visits 2–5pm April–October; tastings 5pm or by appointment.

Baron Ricasoli, whose descendants now run the castle (daily 9am-7pm), first designated the grape mixes to be used in Chianti wine. Explore the castle gardens and cellars before a tasting and lunch (best to book).

Owned by the Mazzei family since 1435, Fonterutoli’s award-winning wines are matched by their grappa, olive oil and Tuscan cuisine. Wine tours at 3pm, reservations are recommended.

This article was originally published on April 9, 2014

Explore another area of this beautiful country: Top attractions at the Italian lakes

Italy features as one of 11 destinations for adventurous couples. Would you take on this challenge?

Inspired? Insight Guides' travel experts can help you plan your holiday in Tuscany