Not too long ago Peru was a mysterious paradise, closed to all but a lucky few. Things have changed. Here's what to see and do on your trip to this iconic South American destination 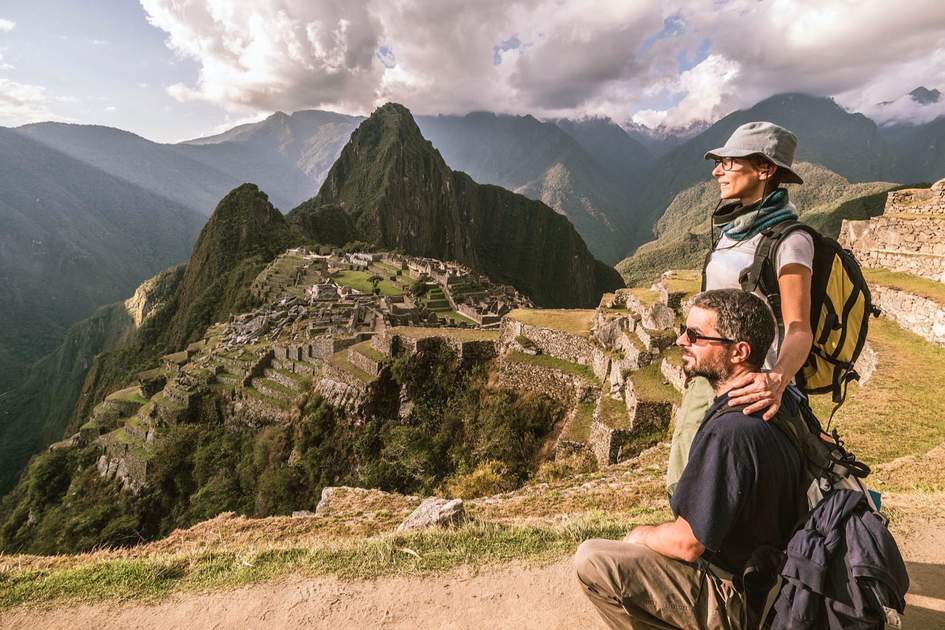 Hugging couple standing in contemplation on the terraces above Machu Picchu. Photo: Shutterstock

Hugging couple standing in contemplation on the terraces above Machu Picchu. Photo: Shutterstock

Machu Picchu is a given, but what else should you do in Peru?

84 of the 103 ecosystems and 28 of 32 of the world’s recognised climates can be found within Peru’s borders, making it the most ecologically diverse country on earth. Geographically, Peru also boasts immense diversity, with landscapes ranging from the Andes Mountains, the Colca Canyon and even a section of the Amazon Rainforest. Nature isn’t all Peru has to offer either: there’s the colonial city of Cusco and the ancient ruins of Machu Picchu too. With so much choice on offer, even creating an itinerary can seem daunting. With over 40 years in the travel industry, that’s where we come in...

1. Machu Picchu and the Inca Trail

Where better to start than with the ubiquitous Peruvian landmark? Constructed by the Incans as far back as the 15th century, Machu Picchu lay undiscovered to the world until 1911, when a local farmer directed American explorer Hiram Bingham to the city, who alerted the world to its presence.

Much is disputed about Machu Picchu: Who built it? Why did they build it? What happened to them?  One thing that is seldom debated is Machu Picchu’s outstanding beauty. To reach Machu Picchu, either hike along the Inca Trail, or catch the train from nearby Cusco, which is included in Insight Guides’ Andes to the Amazon trip.

Known as the “City of Kings”, Lima is the capital of Peru and home to some 8 million people. Located on the country’s Pacific Coast, there’s plenty to see and do in Lima. Let Insight Guides take you on a tour, beginning at the Historical Center, where you will learn about the city’s history, before continuing on to Plaza San Martin, Plaza Mayor, the Government Palace and the Cathedral.

Visit El Olivar Park, where olive trees planted by the Spanish in the 15th century still grow today. As well as Lacromor, a cutting-edge shopping centre that is symbolic of modern Peru, with great views of the city. If your thirst for knowledge has still not been quenched, head to Larco Herrera Museum, where you'll learn about Peru’s ancient past and see the country’s best collections of pre-Columbian art. 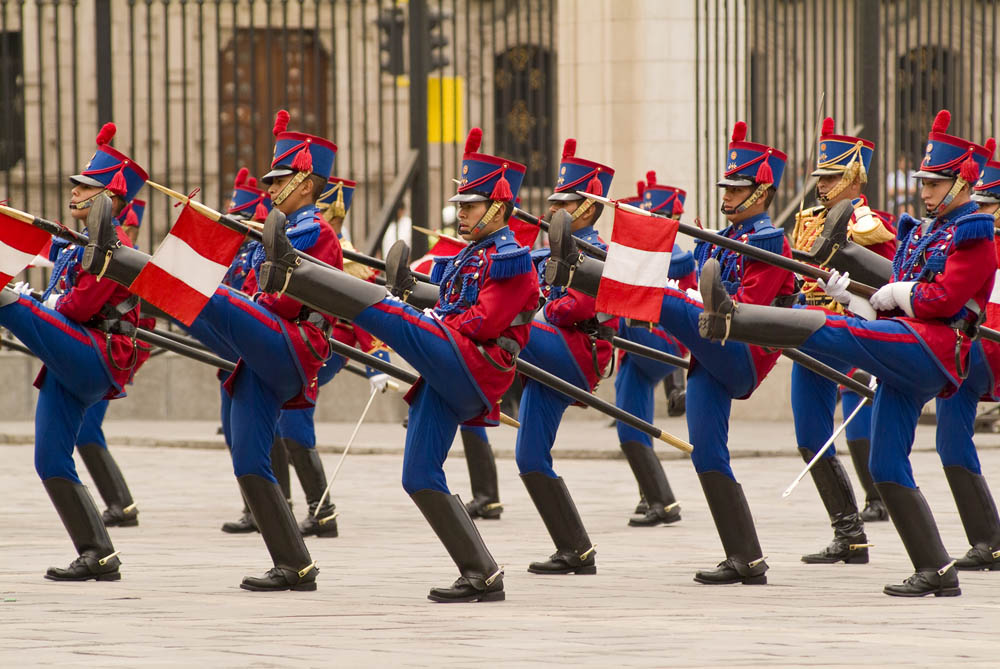 3. Lake Titicaca and the Uros Islands

This is a truly unforgettable experience. Lake Titicaca, which sits at 3,812m above sea level and is the world’s highest navigable body of water, is a sight to behold on its own. However, Insight Guides’ Andes to the Amazon trip can take you one step further. By boat, you will head slightly off shore, where you will see the world-famous ‘Floating Islands’ of Lake Titicaca. The Uros people, who have lived here for many thousands of years, have created artificial islands that float on the lake’s surface. They have done so by adding layers of a reed that grows nowhere else on earth called Totora, which is in the same family as Papyrus. The Uros Islands are a tribute to their inhabitants' longevity, and to Peru’s immebse biodiversity.

Depart from nearby Arequipa and embark on a mesmerising four-hour journey to the Colca Canyon, which is one of the deepest on earth, with a maximum depth of 3,400m. With Insight Guides’ Andes to the Amazon trip, you will be driven through the Aguada Blanca National Reserve, where you will catch a glimpse of herds of Vicuñas and Alpacas (South American cameloids). The highlight of this experience is a visit to the Cruz del Condor observation point, where you can stand in awe and attempt to soak in your breath-taking surroundings; the Colca Canyon is twice as deep as the Grand Canyon. If you’re lucky, you may spot an Andean Condor, the largest flying bird on earth! 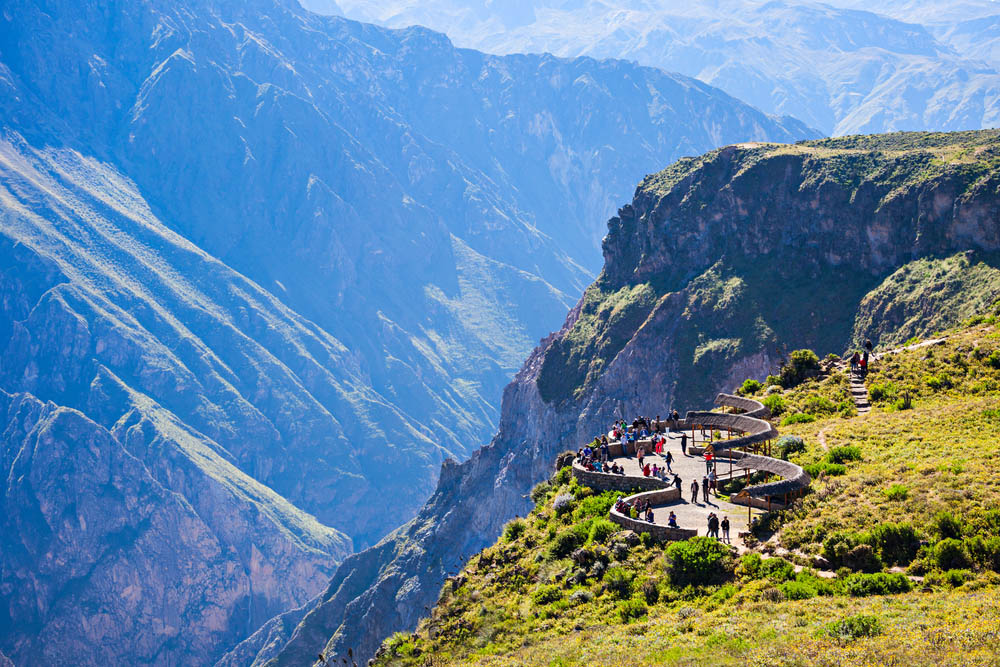 Cusco, once the capital of the Incan Empire, is now home to a host of beautifully preserved colonial and Renaissance buildings. An Insight Guides tour gets to the city's heart, beginning with the Main Plaza and 17th-century cathedral, which was made in Renaissance style with huge slabs of red granite. Afterwards, head to San Domingo Church constructed on the foundations of the Inca temple, Koricancha, which was originally created for sun worship. We’ll then head to the Sacsayhuaman, a wonderful example of Incan military power, and onto several other well-preserved Incan sites.

Know where you want to travel? Simply submit a private trip request and we'll do the hard work for you

Find out more about the mighty Incan Empire

The gastro capital of South America: What and where to eat in Lima

A birdwatching guide to the Peruvian Amazon