The Peruvian empire of the Children of the Sun was short-lived but brilliant. It spread rapidly from the central highlands, bringing order, material abundance, and a sophisticated culture. 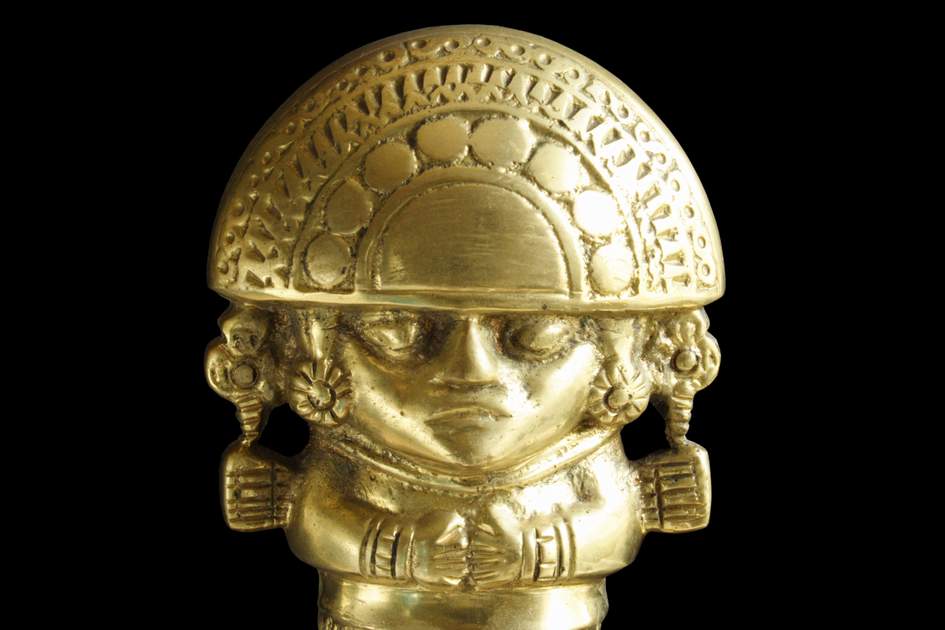 Of Peru’s ancient civilizations, no group is as well known, or as astounding, as the Incas – the magnificent culture dominating much of the continent when the Spanish conquistadors arrived.

The Inca nation – the Children of the Sun – started as a small culture based in the central highlands. Like the Chimú, Chancay, Inca, and other groups, they exerted local autonomy over large population centers and had distinct styles of textiles and pottery. But in the early 1400s, under the reign of Pachacutec, the Incas began one of the greatest and most rapid expansions that has ever been recorded.

In little more than 50 years, Inca domination was extended as far north as modern Colombia and south into present-day Chile and Argentina. Groups that resisted were summarily vanquished and relocated as punishment. Others, through peaceful negotiations, joined the kingdom with little loss of regional control provided that they were prepared to worship Inti, the sun, as their supreme god, and paid homage to the Inca leaders.

By the time the Spanish arrived in 1532, Cusco, the Inca capital, was a magnificent urban gem; irrigated deserts and terraced mountainsides were producing bountiful crops, storehouses of food had eliminated hunger, and Inca military might had become legendary.

Inca society was clearly hierarchical and highly structured, but not necessarily tyrannical or repressive. Everyone had a place and a part to play. Food and resources were stored and distributed so that all were fed and clothed. There was little private property, and most everything was communally organized.

Under the ruling Inca and his queen stood the nobility, belonging to some 10 or 12 panacas (royal houses), and a similar number of ayllus, groups of extended families who shared land and produce.

Below these two groups stood the regional nobility, who were not Incas at all, but held aristocratic privileges along with intricate blood relationships and with reciprocal obligations to the ruling caste. Everyone in the empire was bonded to the whole by such connections, except for one large, amorphous group, the yanacona, who were a domestic class serving the panacas. They received no formal benefits and, although they could reach a high status, their loyalty was usually negotiable. Many of them defected to the Spaniards after Inca Atahualpa’s capture in 1532.

Discover Cusco and the ancient citadel of Machu Picchu with our Andes to the Amazon: Peru Explored trip. 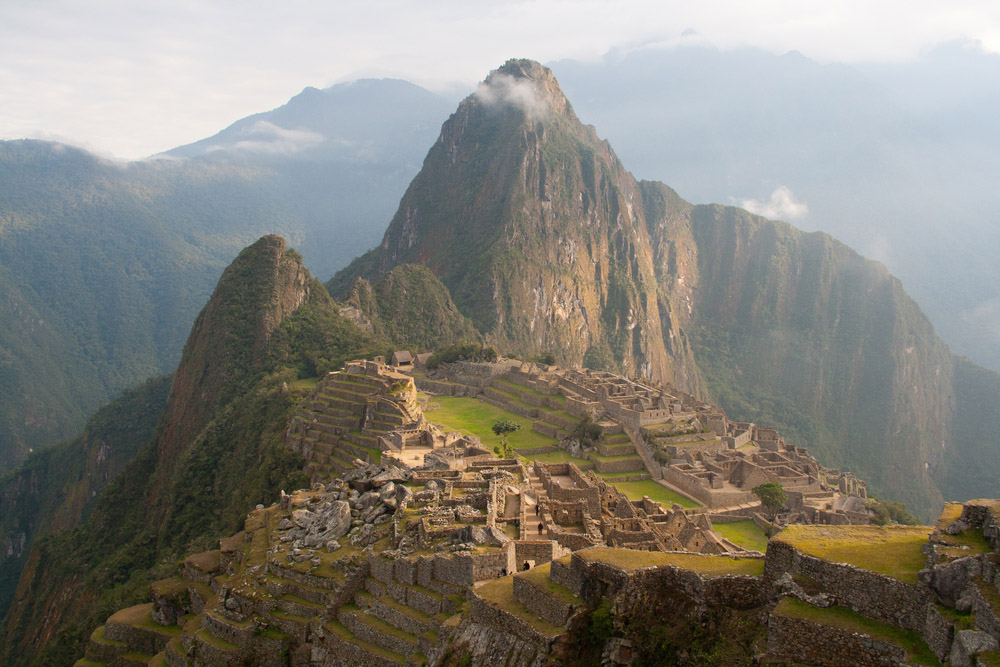 The complex organization of the Inca state rested on a foundation of efficient agriculture. It is notable that virtually any Inca ruin, no matter what its original function, is surrounded and penetrated by agricultural terraces and irrigation channels.

The great irrigated terracing systems whose ruins we see today were mainly devoted to the cultivation of corn. Other Inca staples were potatoes and some other indigenous Andean root crops, plus beans, quinoa – a species of the beet family – and the related amaranth. The huge altitude range of the tropical Andes allowed the Incas to enjoy a great variety of foods, but it also required them to develop many localized crop strains for particular microclimates.

The Incas’ great food surpluses enabled them to divert labor to a variety of enterprises. They created a vast road network – so expertly laid that much of it still exists – and built astonishing structures of stone, so finely worked and of blocks so large that they required staggering amounts of time and effort. The Incas employed thousands of artisans to produce works of gold and silver, pottery, and fine textiles. They also raised great armies, able to march thousands of miles without carrying provisions, so extensive was their network of storehouses.

The system that made these works possible was called mita, a kind of community tax, paid in labor. Every community sent some of its able-bodied young men and women for a limited period into the service of the state.

The period varied according to the hardship of the work – mines, for example, were a tough assignment, and accordingly brief. Working in a state pottery was easier, and correspondingly longer. Some communities – such as the famous one which rebuilt the Apurímac suspension bridge, Q’eshwachaca, each year – rendered their mita in a specific task. One ayllu provided the emperor with inspectors of roads, another with inspectors of bridges, and one supplied the state with spies. 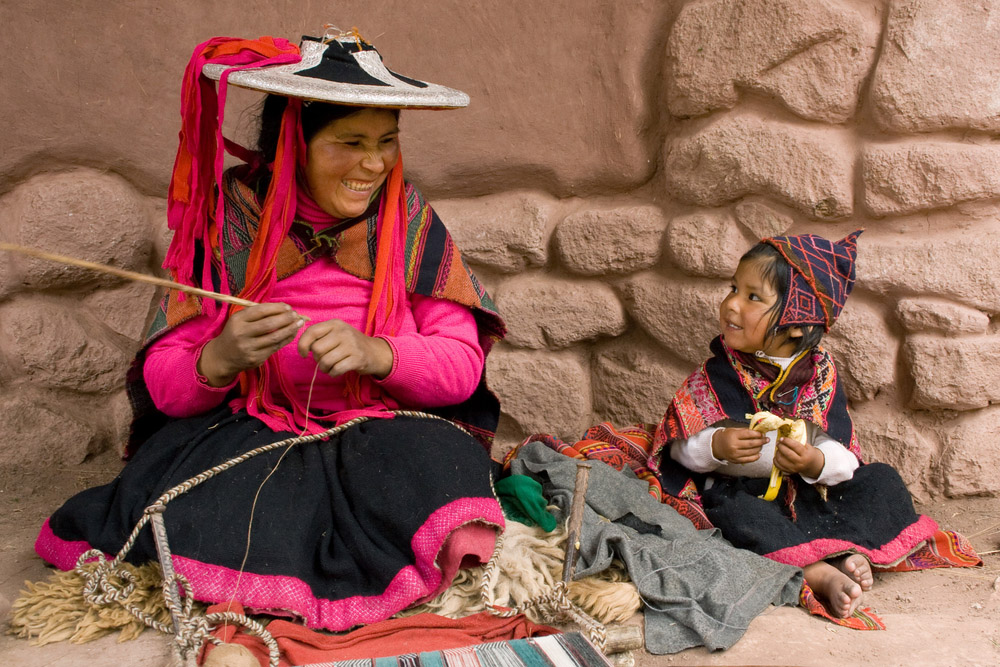 The path to power

The Incas were perhaps not imperialist, in our sense of the word, at the outset. There was an ancient Andean tradition of cultural influences, spreading out by means of trade and pilgrimage from important religious centers such as Chavín, and later Tiahuanaco. It is likely that Cusco started in this way, too; later the Incas extended their sway in southern Peru by means of reciprocal agreements and blood alliances.

Then, in 1438 came the pivotal war of survival against the Chancas, a powerful group from the north. The historical existence of the Chancas has never been confirmed by archeology, but the Inca version was that the man who took the title Pachacutec – “transformer of the world” – defeated the invading Chancas at the gates of Cusco. Subsequently he transformed Inca culture, and launched the expansion which would be continued by his son, Tupac Yupanqui, and grandson, Huayna Capac. As the Incas extended farther from their center, they confronted groups with ideas and identities increasingly different from their own. Thus, continued expansion increasingly required the use of force.

When the Incas used military force they used it sparingly. Many opponents surrendered without a fight when they saw the size of the army sent against them. The Incas still preferred to cut off an enemy’s water supply, or starve him into submission, rather than confront him directly in battle.

War and warriorhood were an important part of Andean life from early times, yet they surely cannot have been of paramount value to the Incas. If they had, then military tactics and technology would have been at their peak, whereas in fact their weapons and methods of warfare were still extremely primitive and had not evolved since the earliest times of Andean culture. They fought with clubs, stones, and all-wooden spears. Even the bow and arrow, though known to them, were not widely used in battle. The gulf between their fighting capacity and that of the steely Spanish conquistadors was tragically wide.

Read more about The Sacred Valley of the Incas 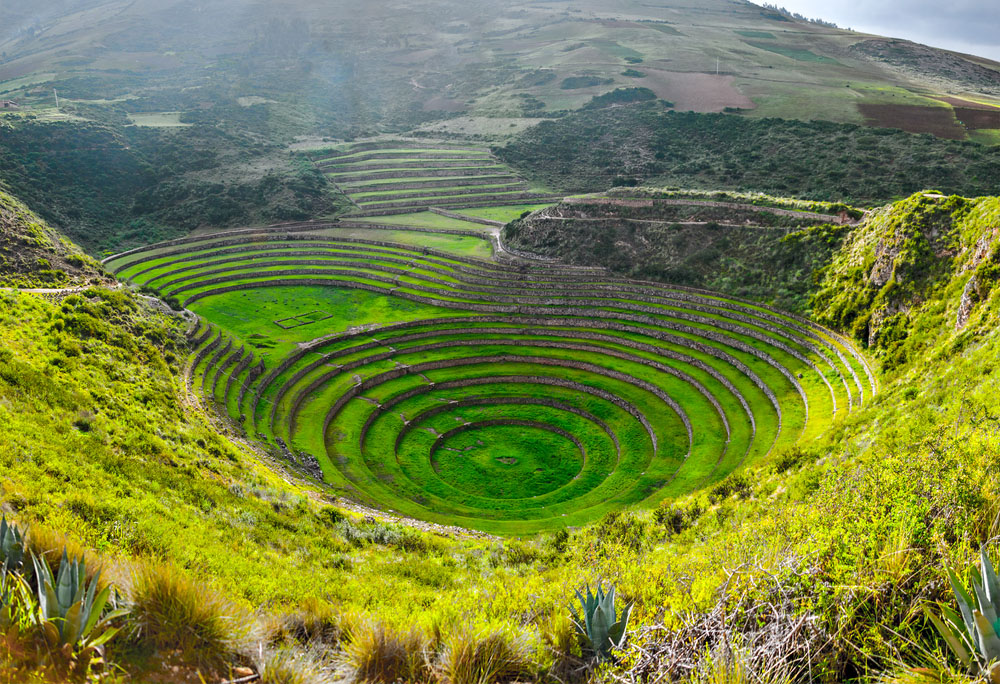 How to plan your summer vacation: Best places to go in June, July and August

Get your autumn holidays planned now: where to travel in September, October and November

Now get going! 19 travel tips for booking the perfect vacation