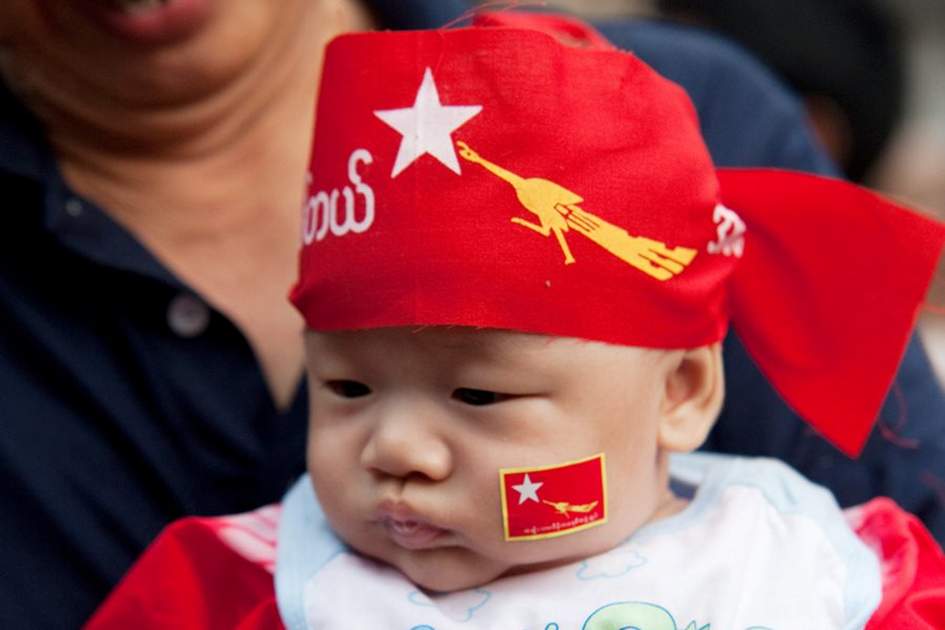 Corrie Wingate, photographer for the new edition of Insight Guide Myanmar, tells us about her encounter with Aung San Suu Kyi whilst travelling in Myanmar, and gives her top 5 sights to photograph in the country.

Whilst walking the streets of downtown Yangon, my first night in Myanmar, I was surprised by several locals who upon seeing me would exclaim, waving their hands wildly in the air, "Aung San Suu Kyi!"

It took me a while to realise their salute was not some colloquial greeting but an exclamation that the lady herself would be arriving at a nearby street where a peaceful NLD (National League for Democracy) demonstration would be taking place.

The rally against the recent crippling electricity cuts, was culminating in a personal address by Aung San Suu Kyi, the evening before her first overseas trip in more than 20 years to accept her Nobel Peace prize.

Upon turning the corner I was met by a sea of thousands, mostly wearing distinctive red and yellow NLD headbands and t-shirts, waving flags and banners, families hanging from the windows and balconies, a sense of excitement rippling through the crowd.

Seeing the lone female Westerner, camera gear hanging from my neck, the friendly crowd mistook the travel photographer for a media journalist and parted so I could join the paparazzi at the front of the rally. I politely declined their advances, happy to be amongst the people, but hands were thrust into my back and I was propelled forward, such is the importance of the Western media to report any kind of peaceful event in Myanmar.

At the front of the rally, security and other photographers jostled for space as the line of cars carrying officials and NLD party members arrived. Then finally the open-top vehicle adorned with flowers and balloons came into view, presenting a smiling, serene lady waving gracefully at her fellow Yangonites, to the cries of “Amay Suu, Amay Suu” – Mother Suu.

My position at the front of this compelling scene allowed access to photograph the arrival, much to the dismay of other photographers who had been waiting hours for the privilege; howeve,r I was promptly challenged by elbows and long lenses from the keenest of paparazzi. Aung San Suu Kyi alighted her vehicle, so frail and delicate and yet surrounded by rock star adoration, then cut the purple silk ribbon with golden scissors before eventually taking her place on the balcony to address the people.

At this point my camera's attention turned to the crowds. The trepidation and drama on faces both young and old as the religious fervour took hold made the rally a joy to photograph.

Initial suspense at Aung San Suu Kyi’s first words gave way to a thrill of laughter as cheers burst forth. “Be peaceful in your demonstrations and light a candle in protest” were her words. At that moment thousands united in lighting a candle and the streets transformed into a sea of golden, flickering flames. 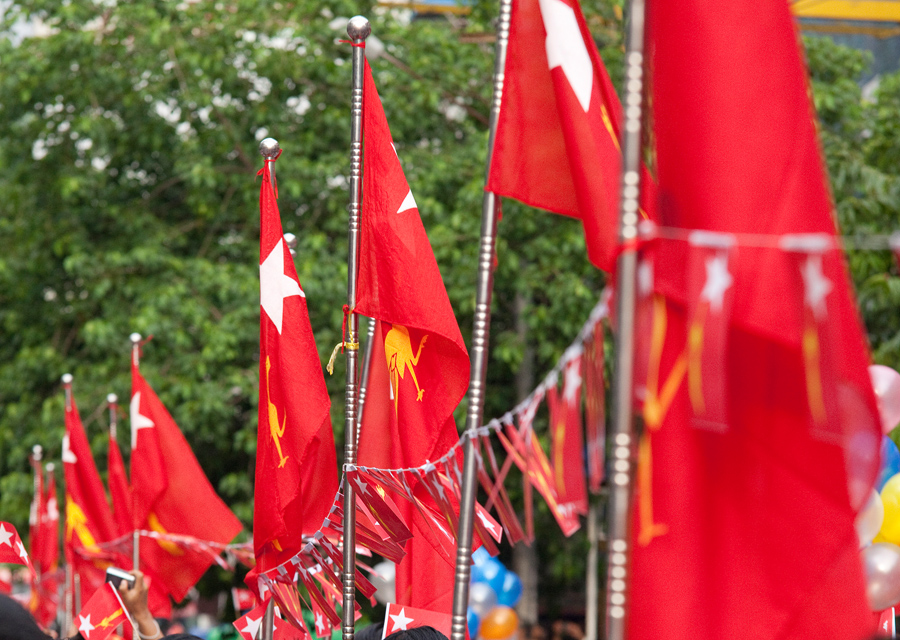 Here are Corrie's top 5 sights to photograph in Myanmar...

Carry your tripod to capture the electric blue of the night sky coupled with the glowing gold of Shwedagon pagoda and incandescent light emanating from the shrines, mirrored in the cool stone floor – simply stunning.

2. U Bein bridge at sunrise/sunset

Everyday people crossing with bicycles and baskets make interesting silhouettes as do the obviously photogenic monks and nuns.

You’ll need to be out early for this one and quick on the shutter, but having an offering for their alms bowls will help keep favour with the monks.

Needs to be included for the sheer scale of the place. However you choose to photograph Bagan; from a balloon, the top of a temple, the seat of a horse and cart, or by simply walking or cycling around the dusty plain, Bagan is a photographer’s paradise.

5. Any smiling face (with or without thanaka paste)

People from Myanmar have beautiful smiles, so open and genuine. The addition of thanaka paste to a face adds that extra Burmese quality.

Time your trip carefully; everyone else is getting in on the action at these photogenic sights so why not choose to visit Myanmar in the rainy season, far less tourists and much more interesting clouds formations!

See more recommendations of what to see in Myanmar, or read our Q&A with Corrie.

Plan your trip to Myanmar

To read the full lowdown on where to go and what to do in Burma, buy our  Insight Guide to Burma.

Terrific guide and very interesting tour. Bali is an exotic and fascinating place. We avoided the busy tourist boozy beachfront.