Eating out in London has never been so good. The city has around 12,000 restaurants so knowing which to pick for your stay can be a bit of a challenge. Insight Guides' new Experience London guide shows you the way forward for food 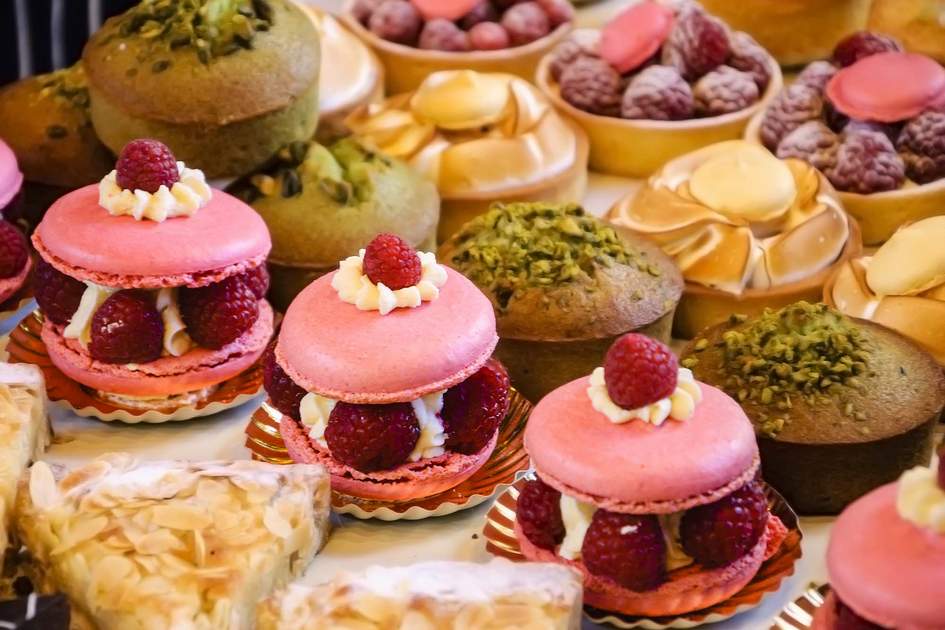 French pastries on display on a confectionery stall at the famous Borough Market, London. Photo: Shutterstock

London is full-to-bursting with fantastic places to eat. Where do you begin with picking the right restaurant, street food, pop-ups or markets? Our latest extract from brand-new guidebook Experience London will take you on a whirlwind tour of where and what to eat in the UK's capital city

1. Breakfast in style at The Wolseley, a palatial café in the grand European tradition

Gone are the days when the only breakfast choices were a greasy fry-up in a working man’s café or the bland buffet in big hotels. That has
all changed and there’s now a wide range of places in London providing seriously good options, whether it’s an all-day breakfast in a homely pub or a decadent Sunday brunch. A fabulous choice to breakfast in style is The Wolseley.

It is a glimmering, shimmering place full of chandeliers, chinoiserie and old-world elegance, with an ambience more like a palace than a former car showroom (it was built in the 1920s by Wolseley Motor Company). There’s an upmarket take on the full English breakfast, complete with bacon and black pudding. Or you could indulge in the classic Eggs Benedict, a touch of the colonial with kedgeree, or blow-out luxury with caviar omelette.

In recent years some exciting restaurants have moved into this area to shake up the scene, and create a gastro buzz. The most notable are:

Haozhan has food from all over China as well as delightful European-influenced oddities such as Marmite prawns and coffee pork ribs. Plum Valley has excellent and adventurous dim sum at lunchtime, and a range of rice dishes cooked in a clay pot as an evening meal for two. Leong’s Legends is highly praised for its excellent spicy and garlicky Taiwanese food. The atmospheric Baozi Inn is named after the savoury stuffed bun that is the ubiquitous snack of northern China; their version is top-notch, as is the rest of the Chengdu street food. Little Lamb, an outpost of a mainland China chain, serves the best Mongolian hot pot.

The title for London’s best Chinese restaurant, however,  most frequently goes to Hakkasan, a sleek, sexy, very ‘in’ basement restaurant. 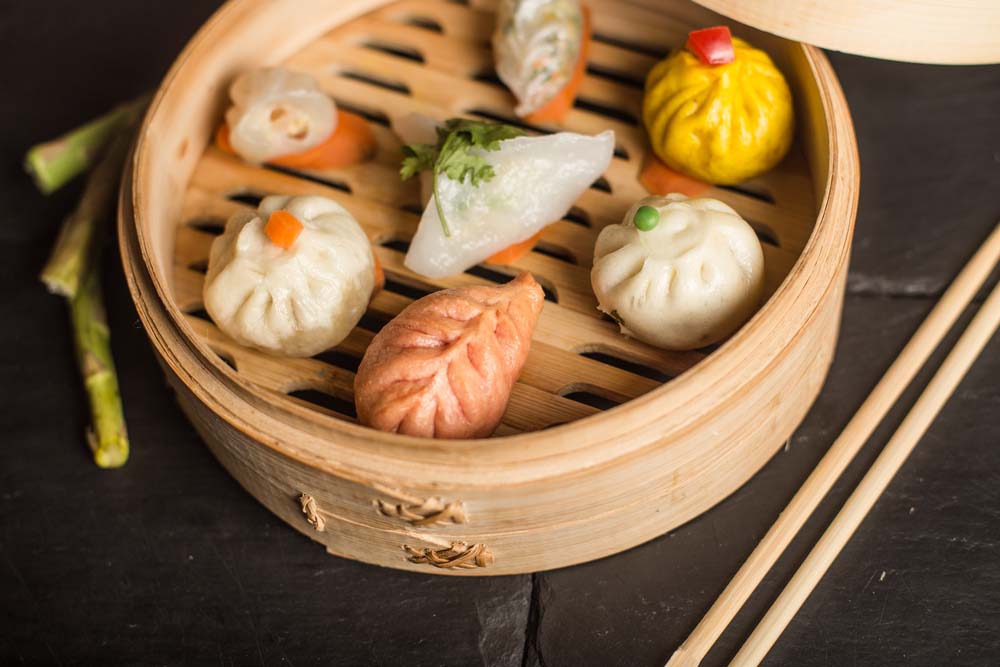 The diminutive Newman Arms is loved for its Victorian décor, and even more so for 20 years for its homemade pies. But when its chefs upped sticks and moved to north London, there was a huge hungry hole that needed to be filled. Up popped Matt Chatfield, from Cornwall, who set up The Cornwall Project to promote, and transport, freshly caught fish from the south-west coast. Now the pub serves fresh seafood, caught that morning, like mackerel with fresh almonds, and turbot with olive sauce.

Charles Dickens is said to have imbibed in The Lamb, a pub that is Victorian in appearance although thought to be much older. Step inside for a pint of ale and upscale British pub food from local ingredients: Billingsgate fish pie or Suffolk honey-glazed gammon with triple-cooked chips.

The high-ceilinged Cittie of Yorke with its long, dark wood bar dates back to 1430 although what you see now was built in the 1920s, and Grade-II listed. The Victorian-style snugs – cosy booths seating 6 to 8 people – are a real plus but of course these are the first spots to get taken in this very popular after-work pub. It also has a cellar bar and a ground-floor dining room.

In Oliver Twist, Dickens described Smithfield Market as being ‘ankle-deep in filth and mire’, but don’t let this put you off. Smithfield is still a working market, one of London’s oldest, where meat has been bought and sold for over 800 years. Today, it has become a restaurant-rich playground for the young and hungry.

St John is perhaps the most famous of Smithfield restaurants. Opened in 1994 in a former Georgian smokehouse, the focus here is on seasonal British ingredients, simply cooked and presented. The roast bone marrow with parsley is the most famous dish and has quite a following, as does the dessert plate of Eccles cake with Lancashire cheese. Smiths of Smithfield is on four storeys of a Grade II-listed building, each with a different offering. There’s a buzzing bar which serves all-day breakfasts, brunch and lunch on the ground floor; two private dining rooms and a dedicated craft beer bar home to over 70+ unique craft beers on the first floor; a dining room on the second serving great British food for lunch and dinner; and a restaurant with a wraparound terrace on the third where the atmosphere is serene and the star is British beef. The Grill on the Market takes pride in its 28-day aged steak, as well as fresh fish and seafood that’s smoked on site. Their ‘Best of British’ section on the menu has sirloin aged on the bone, wagyu fillet – the ‘daddy of all steaks’ – and beefburgers with pulled pork topping. 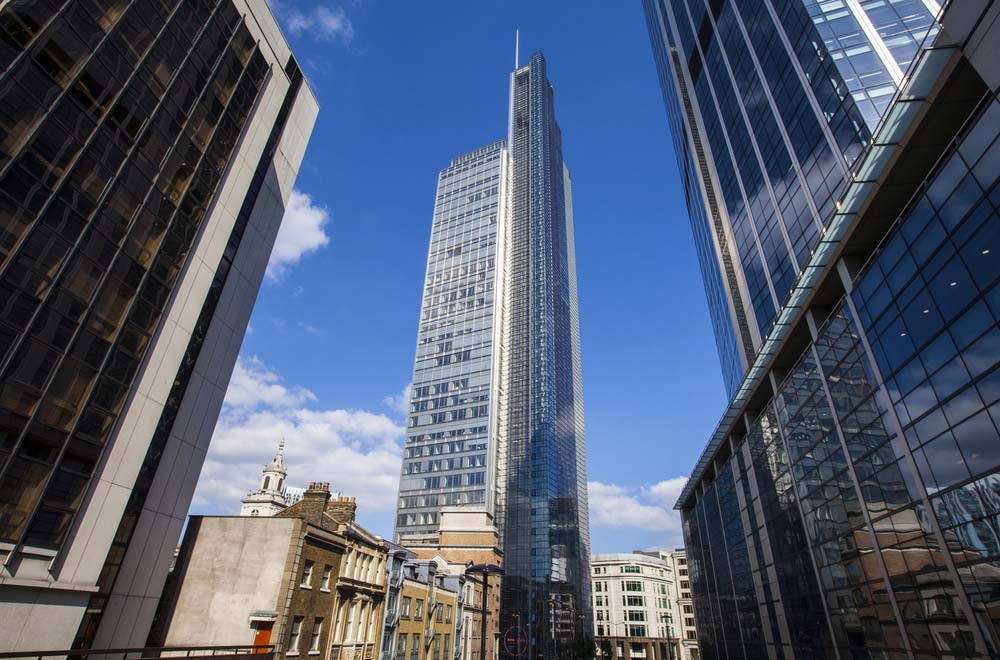 5.  Drink and dine with a view at the top of futuristic skyscrapers

When a slew of new buildings went up in London, all glistening silver shafts, it provoked a wave of discussion about the architecture and also opened the way for new wining and dining venues. After all, everyone loves a view. London welcomed Heron Tower in 2011, at 230 metres – the tallest building in the financial district. Its dining venues soon followed, with Duck & Waffle, open 24/7 on the 40th floor with floor-to-ceiling windows to get a real eyeful of the views. Two floors down is Sushisamba serving an intriguing fusion of Brazilian and Japanese food – although they have a dress code (über stylish only).

The 160-metre-high “Walkie Talkie” is home to the spectacular, glass-domed Sky Garden on its 34th floor with viewing platforms, bars and restaurants.

Completed in 1980, and standing at 183 metres high, Tower 42 – formerly known as NatWest Tower – is a city landmark where you can dine at Jason Atherton’s City Social on the 24th floor; his modern European dishes are superb. Higher up, sip bubbly at Vertigo 42 sky-high champagne bar. Booking is essential – ask for the seats nearest the elevator for the best view.

On Saturday mornings, it feels like all of London – and a large chunk of the rest of the world’s food-loving population – have come to Borough Market to wander around and chomp on a sandwich, a sausage or some other delicious delight. Borough is London’s oldest covered fruit-and-veg market, and the go-to place for top chefs in search of premium ingredients and grazers looking for tasty treats.

It’s not just about the chefs, or the well-to-do foodies, buying their ingredients. The market is also a hugely popular spot for food to go and it’s hard to think of anyone, however simple or exotic their tastes, going home disappointed. You can find everything here: artisan cheeses, cured hams, stuffed olives, truffle oil, freshly pressed juices, oysters, fish and chips, kebabs, falafels, veggie burgers, chocolates, pastries and cakes, including the eccentric British Chelsea bun and Eccles cake. Standouts (with queues) are: the chorizo sandwich at Spanish specialist stall Brindisa, the fish-finger butties at fish! and the scallops and bacon at Shellseekers.

If you’d rather sit down, there are plenty of cafés and restaurants inside or outside the market which take most of their ingredients from the traders here. Roast is a gorgeous restaurant in the Floral Hall specialising in roast meats and seasonal game. Take a post-lunch pick-me-up at Monmouth Coffee Company, which roasts its beans from single farms and cooperatives. Sample seafood at Wright Brothers Oyster and Porter House – a long oyster bar and high tables. 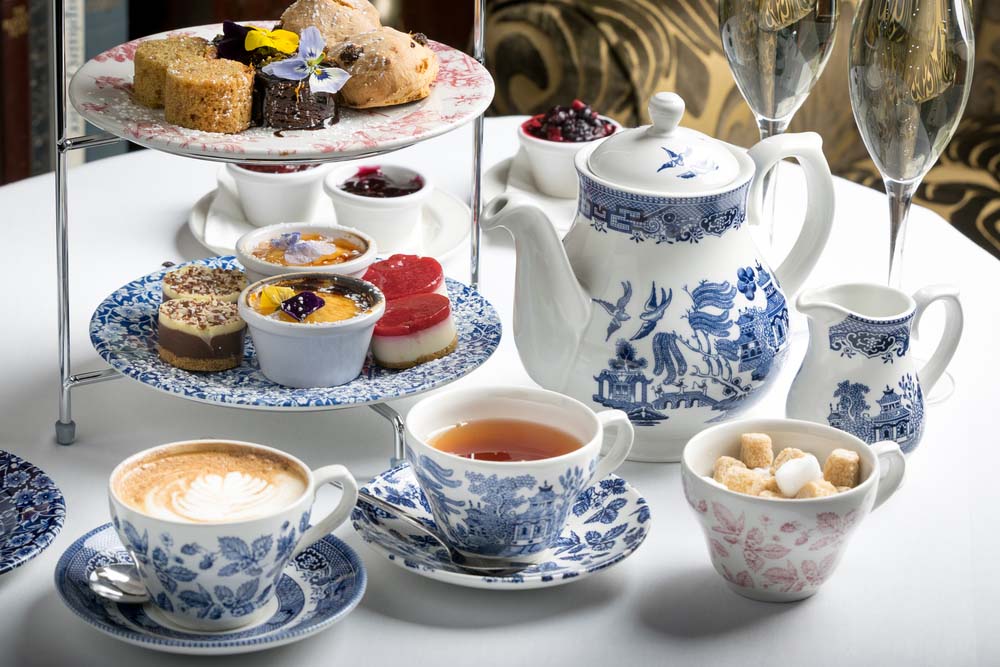 7. Take afternoon tea in the courtly splendour of the Orangery, Kensington Palace

Kensington Palace was initially a country house adapted for royal use by Sir Christopher Wren. It housed the courts of William II, Queen Anne, George I and George II, and was the London Palace until it was usurped by the bigger, flashier, Buckingham Palace. More recently it was a much-loved home to the late Princesses Margaret and Diana. Whether you opt to tour the house or not, you would be missing a treat if you didn’t have breakfast, lunch or tea in the Orangery, a magnificent 18th-century building. The Orangery has a glorious setting inside the Palace grounds, giving you time and space to soak up the quintessentially English atmosphere and the lovely views of both the palace and the sunken gardens. Formidable white Corinthian pillars and marble statues lend the room a certain grandeur, while the piles of tempting own-made cakes can almost make you feel at home.

The signature Orangery cake has a devoted following and is subject of much recipe guessing. A contender for best slice of London cake, it has a hit of sunny orange glow in every bite.

If, however, you find yourself in need of picking up or cooling down again after your visit to the Orangery, consider a quick detour to Kensington Square Kitchen for a very good cup of coffee.

Looking for a little-more London inspiration?

Don't sweat it! 5 ways to keep cool in London this summer

Enjoy a pint (or two...) at one of our favourite London pubs

From Camden to the Royal Mews, don't miss our top tips for visiting London