5 ways to keep cool in London this summer

Ice creams, outdoor pools and the best fountains to frolic in, keeping your cool in London throughout the summer (and during the current heatwave) needn't be difficult... 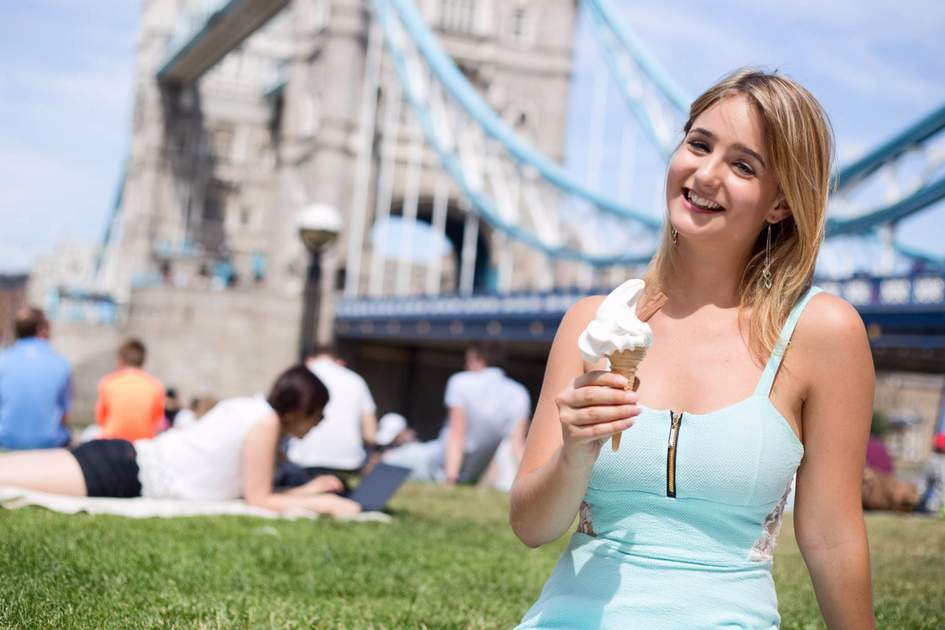 Once upon a time water fountains were grand, self-contained ornamentations in parks and in front of civic buildings, where you would have had a stern telling-off if you'd snuck into the waters to cool off. Nowadays, London has a plethora of interactive water fountains in summer, which require darting through them for a dousing.

There's Jeppe Hein’s "Appearing Rooms" outside Queen Elizabeth Hall on the Southbank, where water jets create a myriad of continually changing water-walled rooms. Granary Square in King's Cross was once a place where barges unloaded their goods from the canal; now, over 1,000 fountains unload upward streams of water and are beautifully lit at night. In the west end, Somerset House also has orchestrated water jets, although they are currently turned off (until 20th July) for summer events. Let's hope the weather can hold out a little longer.

And finally, kids can have water-based city fun at the Princess of Wales Memorial Playground in Kensington Gardens (Hyde Park), where there's a pirate ship, with climbable rigging, pullable pulleys, a turnable giant wheel and splashable mermaid fountains.

London's lidos get packed on sunny weekends, so a weekday visit is recommended, if possible. The UK's largest outdoor, unheated lido is on Tooting Common. Also in south London is the Brockwell Park lido, which has a great cafe for brunch. More centrally, there's a lido at the Serpentine in Hyde Park.

Alternatively, men can make for the Highgate Pond and women for the Kenwood Ladies' Pond to swim in the rather green coloured, but refreshing, waters on the edge of Hampstead Heath, close to Highgate village.

Insight Guides can help you plan a trip to escape the hot weather if you're that way inclined... Simply tell us where you want to travel and we'll do the rest. Pronto! 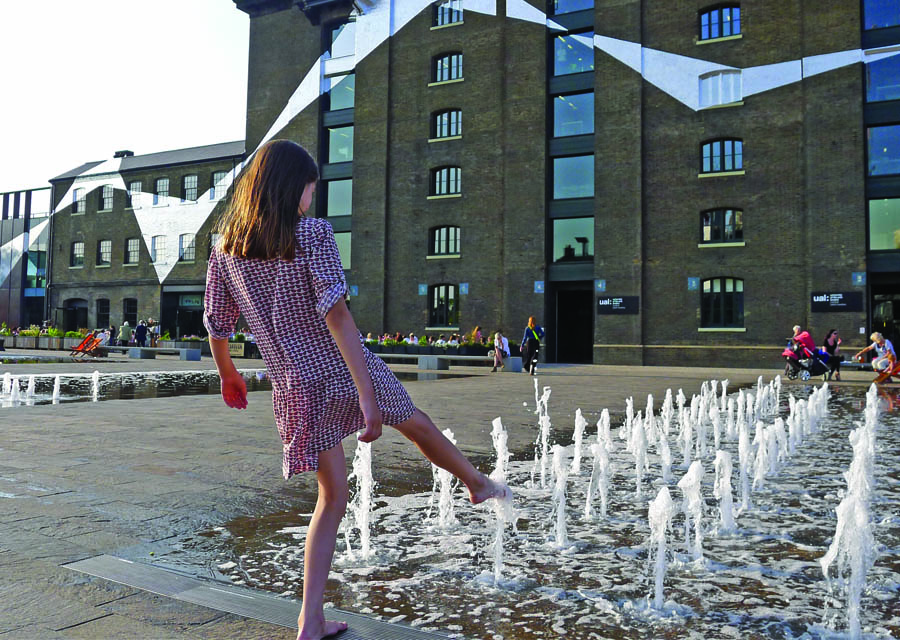 3. Catch a train to the Kent coast

Think London-on-sea, think Brighton. But if you want to avoid the crowds and enjoy a somewhat more genteel stroll along the beach, consider the lovely town of Whitstable on the Kent coast – an hour and a half by train from London Victoria. There's a harbour with a fish market set among lobster pots and sail boats, and you can stroll uphill to Tankerton for great views of colourful beach huts and the stretch of coast that leads to Herne Bay. If you're exploring Kent with the family, then take a trip to Hever Castle, which was the childhood home of Anne Boleyn and, more importantly, is now home to a fun water maze, with concentric stepping-stone pathways and hidden water jets.

If, like me, you've just discovered that your freezer doesn't have an ice-cube tray, then you may wish to hunt down ice-cool treats in the city. For a true Italian gelato in London, I recommend Gelateria 3 BIS in Borough Market. But perhaps you don't just want ice in your drink, but also the bar you're served it from to be made out of ice – in which case, try the IceBar in Heddon Street off Regent Street. Further afield, there are indoor snow slopes at the SnoZone in Milton Keynes.

Not the London Underground, of course, unless you want you be roasted alive, but in the Chislehurst Caves in southeast London where it's a constantly cool 10 degrees Celsius. Meanwhile, near the Thames at Rotherhithe, there's a wonderful popup cocktail garden situated above the entrance to world's first tunnel under a river. The Brunel Museum's Midnight Apothecary bar is open on Friday and Saturday evenings in summer (5:30pm-10:30pm), and on Saturdays you can punctuate your cocktail quaffing with a snack or two from a tasty Greek grill.

Looking for a little-more London inspiration?

Don't sweat it! 5 ways to keep cool in London this summer

Enjoy a pint (or two...) at one of our favourite London pubs

From Camden to the Royal Mews, don't miss our top tips for visiting London