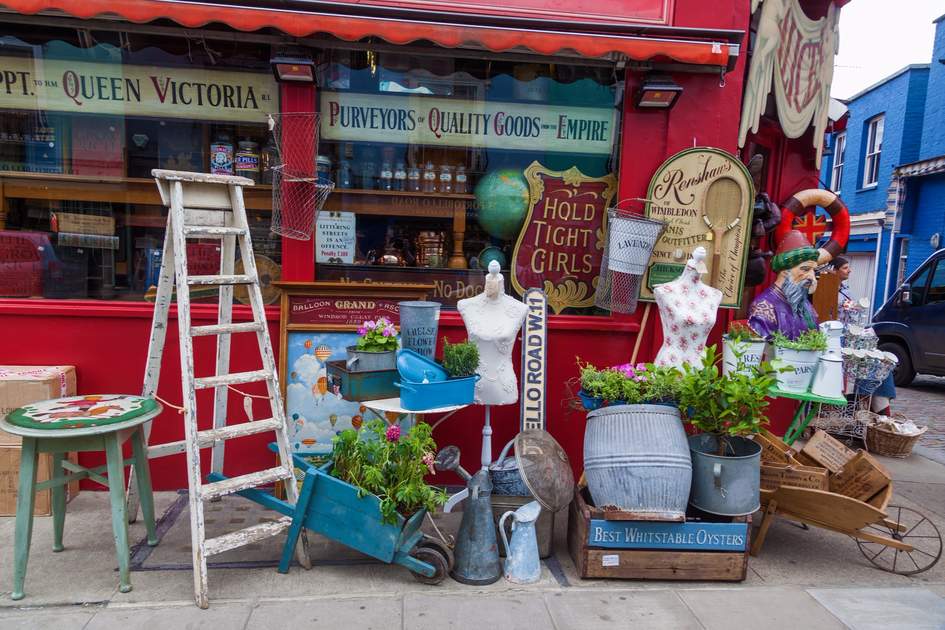 With films such as Bridget Jones’s Diary and Notting Hill, writer-director Richard Curtis became as closely associated with London as Woody Allen or Martin Scorsese with New York. As filming gets underway in the city on the third Bridget Jones film, Bridget Jones's Baby, we asked film critic Scott Jordan Harris to take us on a tour of Richard Curtis’s London.

Richard Curtis was instrumental in bringing Bridget Jones’s Diary, written by his friend Helen Fielding, to the screen. That’s fitting, as Fielding had apparently been instrumental in the development of an earlier Curtis classic. Supposedly, she read a draft of a script he wrote in the early 1990s and, feeling it was too cheerful, suggested the addition of a funeral to the four weddings it revolved around.

Onscreen, Fielding’s famous heroine, Bridget Jones (played by Renee Zellweger), lives in a flat above The Globe Tavern at 8 Bedale Street, which is an ideal place to begin your tour of Bridget Jones locations. You can pick some delicious foodie treats as you do, as it's right in the heart of Borough Market.

You won’t have to go far to get to your next destination at 5 Bedale Street: the building used as the Greek restaurant where Daniel Cleaver and Mark Darcy, the rivals for Bridget’s love played by Hugh Grant and Colin Firth, have an unforgettable bout of fisticuffs.

Bridget’s not entirely successful attempt to cover a legal hearing for the TV show Sit Up Britain occurs at the spectacular Royal Courts of Justice on The Strand, while the equally uncomfortable book launch occurs at the Institute of Contemporary Arts, aka the ICA, on The Mall. The galleries, cinemas and theatre at the ICA are all wonderful to explore, but it’d be a missed opportunity not to combine a visit there with a trip to nearby Buckingham Palace. 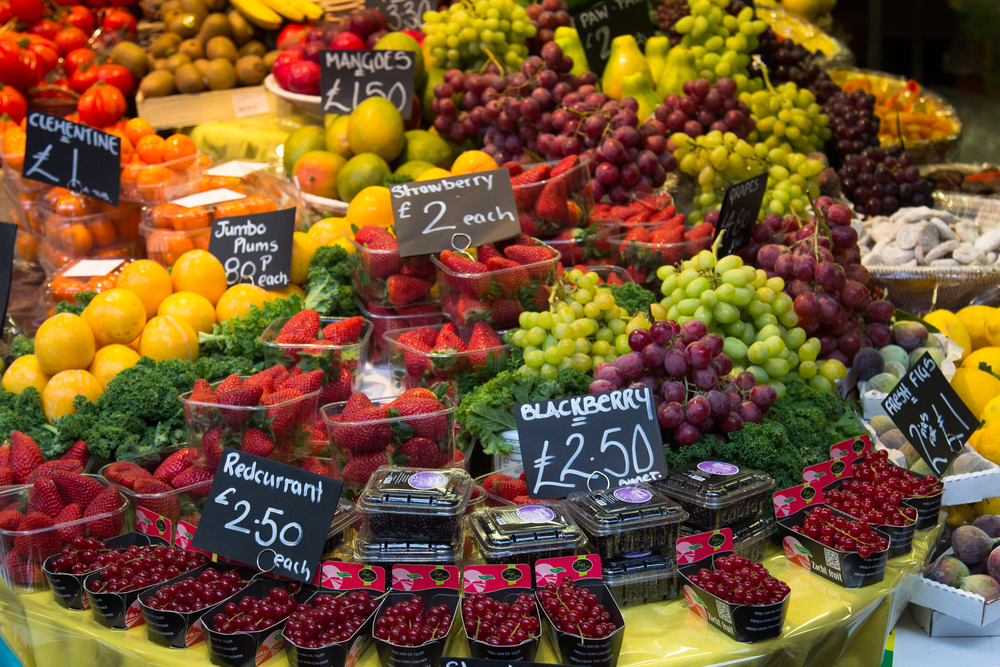 Bridget Jones: The Edge of Reason

Bridget returned to screens in The Edge of Reason which, like the original, was co-written by Richard Curtis and showcased a host of notable London locales. For the site of the re-match between Daniel Cleaver and Mark Darcy, head to the world-famous Kensington Gardens. Their fight starts at the Serpentine Gallery and finishes in the fountains of the Italian Gardens.

If shopping for high-end lingerie sounds an attractive option, you can do as Bridget does and buy a corset at luxury lingerie store Rigby and Peller at 22A Conduit Street – they most certainly do not sell embarrassingly “enormous panties”.

Savour the exclusive air of upmarket London with our guide to Mayfair... 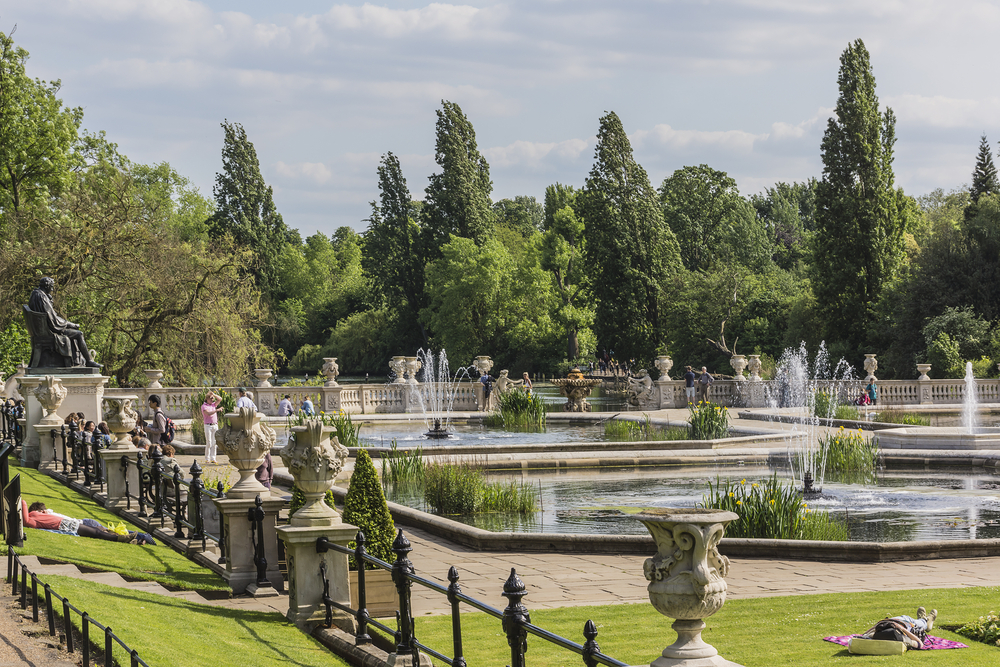 Many films make use of famous landmarks, and some films make famous landmarks even more famous than they were before: for a great example, see how Thailand’s Khoa Phing Kan became an international tourist destination better known as James Bond Island.

But it is a rare film that creates a landmark that would never have become one otherwise. The blue front door belonging to William Thacker, Hugh Grant’s character in Notting Hill, became one of the most recognisable locations in British film, even though in reality it was just what it is in the film: the unremarkable door to a private residence, 280 Westbourne Park Road, Notting Hill (a house that once belonged to a certain R. Curtis). The house remains, but the door seen in the film is no longer there. It was sold for £5,750 at a Christie’s auction in 1999.

Although the blue front door was the film’s best-known landmark, its key location is the famous Portobello Road, which hosts "the world’s largest antiques market" and, at least judging by British films, was the epicentre of the Swinging Sixties. The bookshop Thacker owns doesn’t really exist – or at least doesn’t exist where it does in the film. The site of the bookshop it was based on can be found at 12–15 Blenheim Crescent, where another bookshop is now in residence, but the building used as the shop onscreen is a shoe shop found at (and named) 142 Portobello Road.

If location-spotting makes you hungry, you can conclude your tour of Notting Hill locations with a visit to London’s best-known Japanese restaurant, Nobu, housed at the Metropolitan Hotel, 19 Old Park Lane, where the characters played by Grant and Julia Roberts go out to eat. Afterwards, you could make a night of it and stay over at the Metropolitan.

Read our guide to the Notting Hill Carnival... 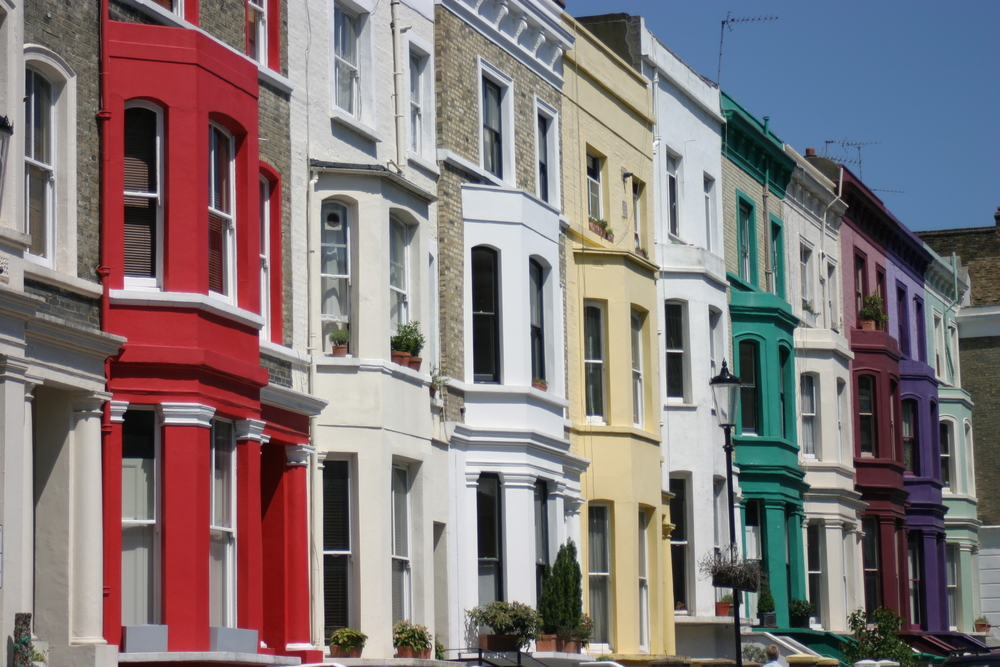 Four Weddings and a Funeral

Before Notting Hill, there was Four Weddings and a Funeral, the tremendously popular rom-com that propelled Richard Curtis and Hugh Grant to international prominence. Though the action is not as London-centric as it is in Notting Hill, the film still features some excellent London locations. The second of the four weddings, for example, was filmed in the picturesque interior of the Royal Naval College Chapel on King William Walk in Greenwich.

Meanwhile, the ill-fated fourth wedding takes place (or, rather, doesn’t take place) at the St Bartholomew the Great church in Smithfield. The 12th-century church is an established movie star: it has appeared onscreen in many others film, including Shakespeare in Love, Amazing Grace, Elizabeth: The Golden Age and The Other Boleyn Girl and also in several TV programmes, including The Hollow Crown. And it’s keen to capitalise on its value to location-spotters; in 2007, it began charging visitors to see the spot where Hugh Grant’s Charles abandons his bride at the altar.

The exterior of the flat owned by Grant’s character in Four Weddings has never achieved the fame of the exterior of the flat owned by his character in Notting Hill, but it’s still a location central to Richard Curtis’s London. You can declare your love for your significant other outside 22 Highbury Terrace, Highbury Fields, in any weather but hardcore devotees of the film will of course wait until it is raining.

A sprawling Christmas rom-com, Love Actually was the first film Richard Curtis both wrote and directed and, as we would expect, he filled it with London landmarks: the London Eye, Trafalgar Square, The National Gallery, Downing Street, St Paul’s Cathedral, the Tate Modern, Hamley’s toy shop… almost every destination on the tourist’s checklist of things to see in London appears in the film. (To help you visit them all, Film London put together this useful map.)

Scenes at Heathrow Airport bookend the action, so if you’re flying into the city from outside the UK you can begin your location-spotting the moment you begin your trip. It’s probably a trip on which you should take your credit card: just as touring the locations used in Notting Hill allows you to call in at Portobello Road, the world’s largest antiques market, so touring those used in Love Actually gives you an excuse to visit Europe’s busiest shopping area: Oxford Street. Its most famous store, Selfridges, plays a memorable role in the film when Alan Rickman’s character buys a necklace to give to his secretary and has it extravagantly wrapped by Rowan Atkinson.

If you’d like a break from the massive crowds that fill Heathrow and Oxford Street, you should check out some of Love Actually’s quieter locations. The music studio where Bill Nighy’s ageing rock star records his unlikely Christmas No. 1, "Christmas is All Around," is Westway Studios in Notting Hill’s Ladbroke Grove while, according to movie-locations.com, the radio studio where he tells scandalous lies about Britney Spears was Mappin House, 4 Winsely Street.

Finally, if you’re still keen to visit churches after seeing all those that appear in Four Weddings, you can head to Mayfair’s Grosvenor Chapel on South Audley Street to see the site of the wedding between the characters played by Chiwetel Ejiofor and Keira Knightly, and to St Paul’s Church, Rectory Grove in Clapham to find the spot where Liam Neeson’s widower eulogises his beloved wife. 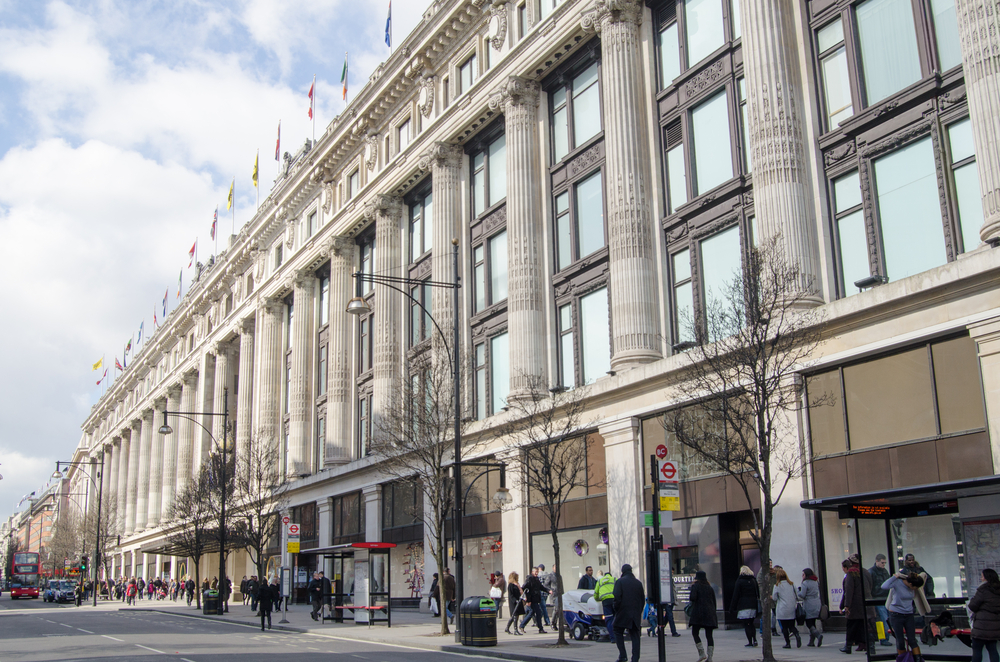 More ideas for your next holiday

Browse our bookshop for inspiration and help planning your next trip.