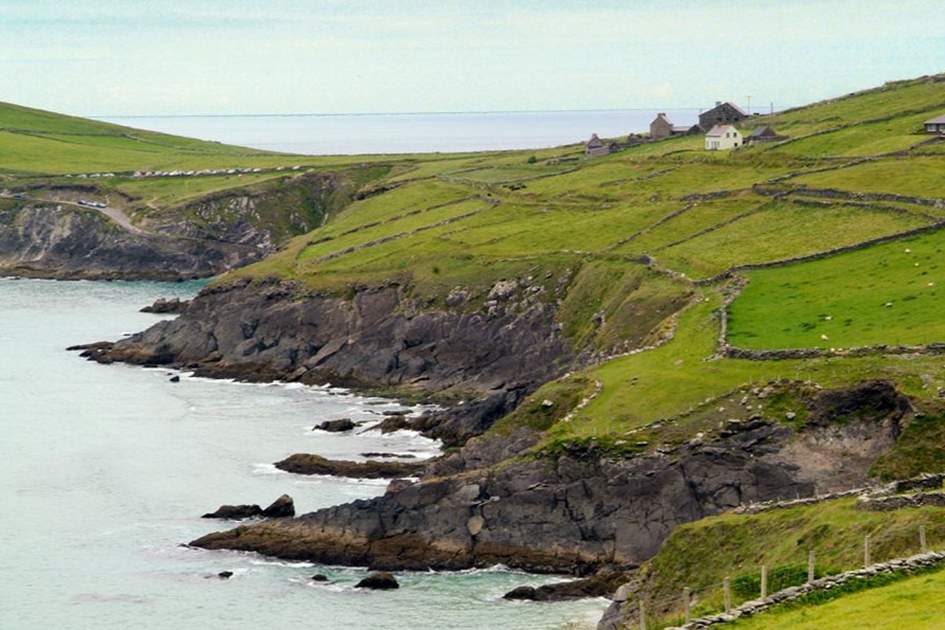 Slea Head on the Dingle Peninsula, where Ryan's Daughter was filmed

Ireland is our Destination of the Month, and so we’ve asked film critic Scott Jordan Harris to help us explore its most memorable appearances on the silver screen. From medieval castles to remote villages, and from The Giant’s Causeway to busy Dublin streets, he takes us on a tour of some of the best movie locations to visit in the Emerald Isle.

Game of Thrones, the rollicking television adaptation of George R.R. Martin’s A Song of Ice and Fire fantasy novels, has proved so popular around the world that the number of fans heading to Northern Ireland specifically to visit its shooting locations has prompted several travel groups, including the Northern Irish Tourist Board, to introduce themed tours. For GoT fans with an eye for lush scenery, a visit to Northern Ireland really is the ideal holiday, allowing them to take in The Giant’s Causeway, one of Europe’s great natural tourist attractions, and the surrounding County Antrim and Causeway Coast area, which has hosted dozens of memorable scenes in the TV show. 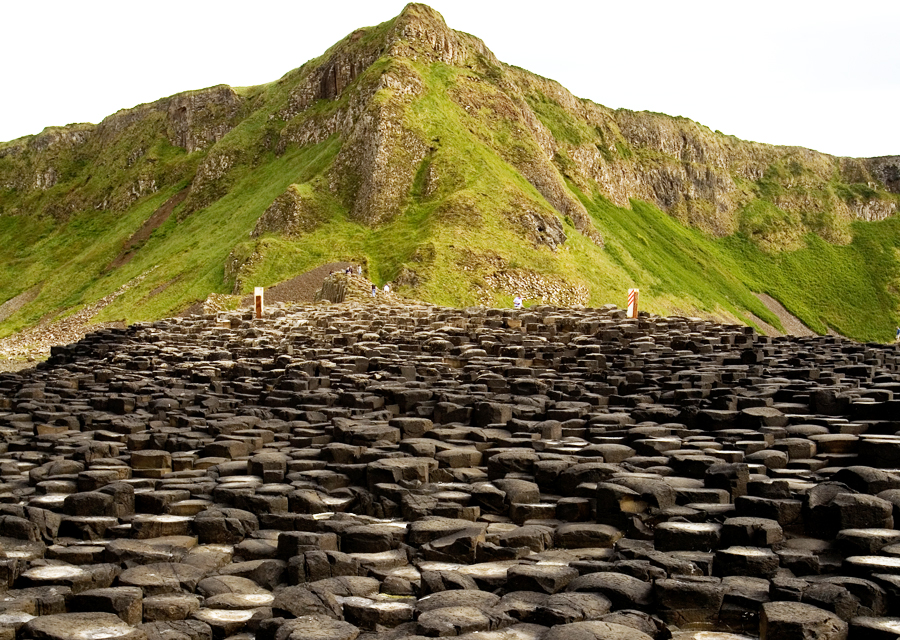 The Glens of Antrim, for example, appeared onscreen as the Dothraki Sea, and it was on the Antrim Plateau near the village of Cairncastle that Sean Bean’s Ned Stark famously beheaded a deserter from the Night Watch. Further unpleasant events occurred at the historic Shane’s Castle in Randalstown, which hosted The Tourney of the Hand to celebrate Ned Stark’s appointment as Hand to King Robert I, and, at a time when Stark’s luck was rather worse, also saw him imprisoned in its dungeons. If you’d like to pass your nights in the Causeway Coast area in a little more comfort, you’d do well to stop at The Bushmills Inn, a four-star boutique hotel less than two miles from The Giant’s Causeway.

If you still have a taste for castles and battlegrounds after touring Game of Thrones locations in Northern Ireland, you can head south to the Republic of Ireland and tour locations used in Braveheart, Mel Gibson’s blood-soaked, Oscar-laden retelling of the life of William Wallace. Although the film follows Scotland’s greatest folk hero and his raids into England, it was predominantly shot in Ireland.

For interiors, extensive use was made of the famous Ardmore Studios in Bray, County Wicklow, while exteriors were filmed at a number of locations elsewhere in County Wicklow and in both County Meath and County Dublin. When, like Ned Stark, Wallace is thrown into a dungeon by his enemies, it is Bective Abbey in Bective, County Meath, that stands in for the Tower of London. And the 12th century abbey also appears as the courtyard of the castle belonging to Wallace’s nemesis, King Edward “Longshanks”. When Wallace leads his forces against the fortified City of York in England, he is in reality leading them against Trim Castle, a Norman castle also in County Meath. While you can’t quite do as the inhabitants of "York" do and sleep inside its walls, you can stay at the four-star Trim Castle Hotel, which overlooks them.

From Glendalough to the Powercourt Estate, read more about the highlights of County Wicklow

What David Lean did for deserts in his 1962 film Lawrence of Arabia, he also did for the Irish landscape in his 1970 film Ryan’s Daughter. The movie was shot on location in the village of Dunquin on the Dingle Peninsula near the beautiful Blanket Islands. The remote area (which is the westernmost settlement in Ireland) was struggling before the arrival of the mammoth film production, which helped revitalise it by spending far more time, and money, there than the producers originally intended. 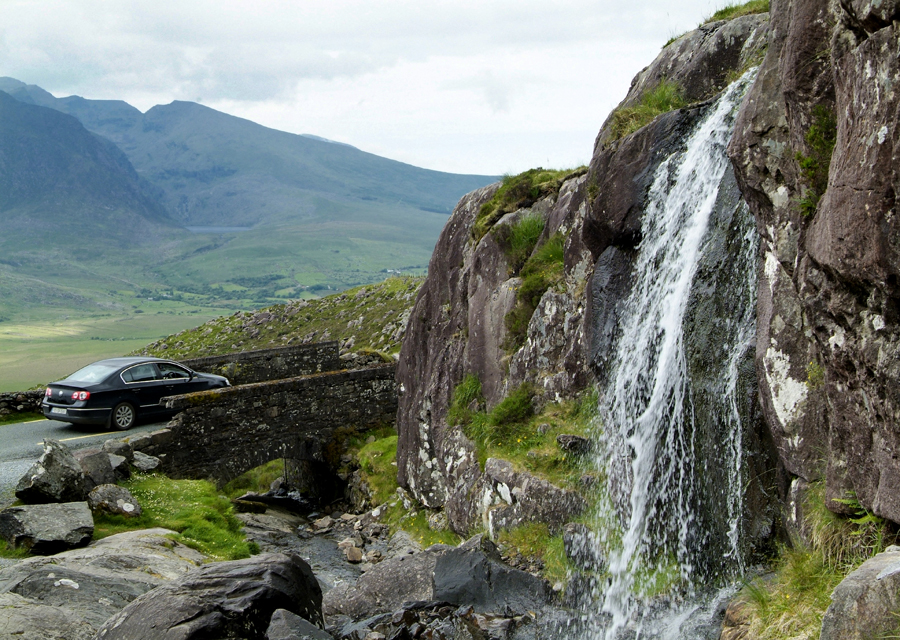 The ruins of the schoolhouse overseen by Robert Mitchum’s Charles Shaugnessy still stand and would make a great focal point for your trip but, if you’re a fan of good ale, you should be sure you leave time to call in at Kruger’s bar. CAMRA (the Campaign for Real Ale) was founded there on 16th March 1971, and Kruger’s was a popular hangout for the cast and crew during the long shoot.

Just as Robert Mitchum would later do for Ryan’s Daughter, John Wayne, another of Hollywood’s biggest movie stars, temporarily relocated to Ireland to shoot 1952’s The Quiet Man. And, just as David Lean would do in Ryan’s Daughter, The Quiet Man’s director, John Ford, cast the magnificent Irish landscape as one of the stars of his film. Innisfree, the fictitious setting for this riotous rom-com that pairs Wayne with his friend Maureen O’Hara, was created in the picturesque surrounds of Cong in County Mayo, with Ford making particular use of the grounds of Ashford Castle. 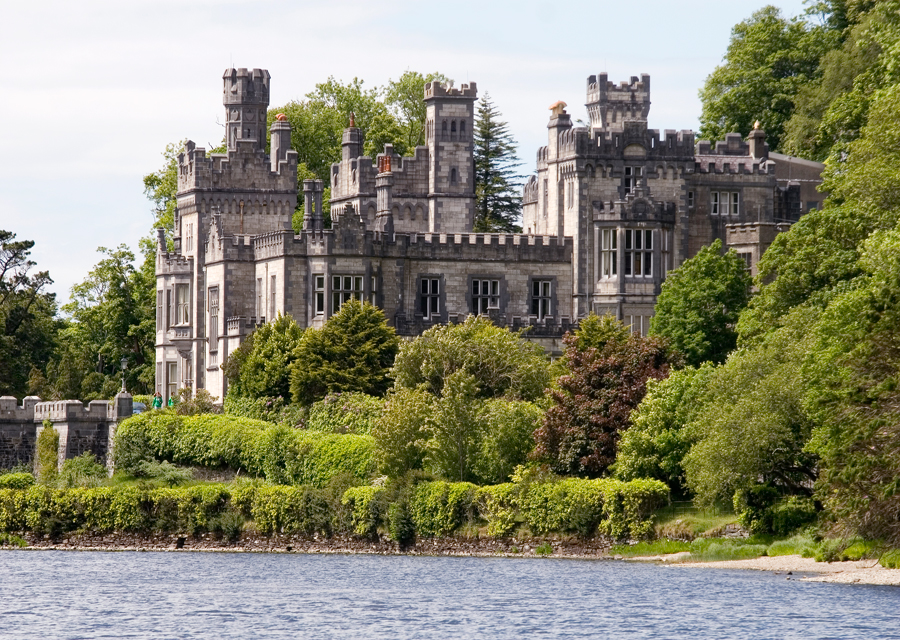 If you’re looking to walk in the footsteps of Wayne’s eponymous quiet man, you should make the medieval castle your headquarters during your visit: it is now a five-star hotel, runs various tours of The Quiet Man locations, and hosts The Quiet Man fan club.

Perhaps no other Irish film has inspired such affection for its characters, or for the Emerald Isle, as The Commitments. Alan Parker’s beloved comedy-drama about “the world’s hardest-working band” was voted the greatest of all Irish films in a 2005 poll and, while it is most famous for its soul soundtrack, it is equally notable for its Dublin locations, more than 40 of which appear in the film. A good place to stay if you plan on visiting them is The Camden Deluxe Hotel, which appeared onscreen as the pool hall where the band rehearses but has since been redeveloped. It would be fitting to begin your tour with a stroll down Sheriff Street: it is there that the movie opens, with Jimmy Rabbitte (Robert Arkins) struggling to sell cassette tapes to uninterested market traders.

Read Scott's articles on the best film locations in the USA and in Scandinavia...