River cruising on the Danube: Passau, Salzburg and Melk 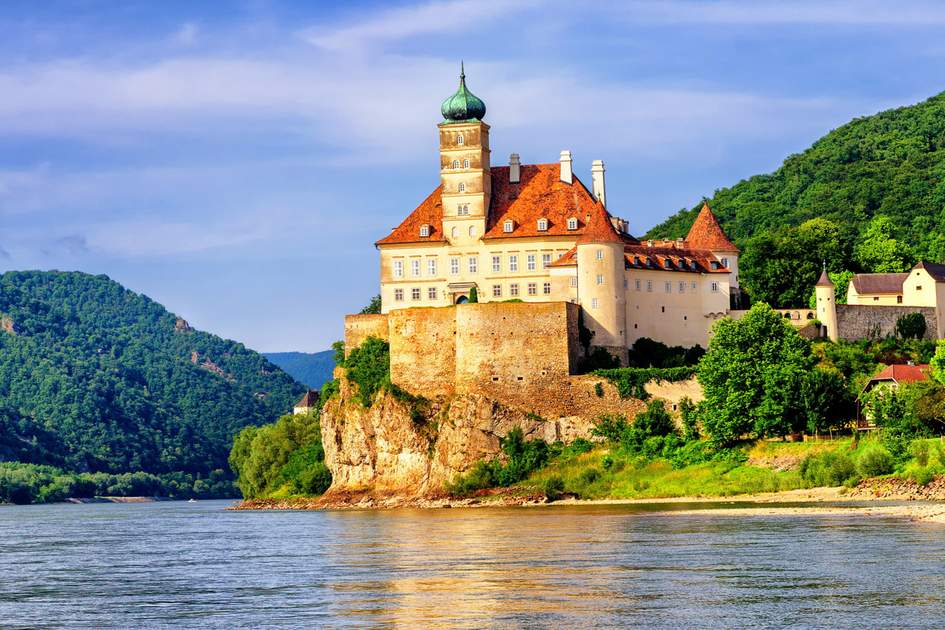 Europe’s second-longest river after the Volga, the Danube flows through a range of scenery on the long journey from its source in the Black Forest to the vast delta on the Black Sea, cutting through the wooded hills of Bavaria to the steep terraces and castles of the wine-growing country of Lower Austria, then on to the edge of the Hungarian steppes and into the Balkans. The river has carved deep gorges across ancient mountain ranges, while in other places, meanders across broad, marshy plains. Sightseeing opportunities are numerous, from medieval monasteries to castles, fabulous museums and unspoilt national parks.

In the first of two fascinating travelogues, travel writer Jeff Titelius reports on his Viking river cruise trip along the 'blue' Danube. Here is the first of two instalments about his journey, in which Jeff begins his voyage in Germany and Austria.

A river cruise of discovery through Europe - part 1

Imagine a river cruise upon the waterways of Europe—gliding through idyllic landscapes dotted with storybook villages aglow under the velvet cover of night and the only sound breaking the silence is the distant pealing of bells; docking at the doorstep of Europe's historic cities; sailing alongside verdant hills alive with the vineyards that produce some of Europe's renowned vintages—a voyage where you'll savor the journey as well as the destination. Welcome to the wonderful world of river cruising and we're about to embark on a Viking River Cruise along the Danube River in Europe. Won't you join me?

I still remember how excited I was when I booked my cruise. It was still six months away but yet I dreamed of sailing upon one of Europe's most venerable rivers—the Danube—stretching through 1,775 miles of central Europe from Germany to the Ukraine, 10 countries in all but my voyage would ply through four: Germany, Austria, Slovakia and Hungary.

We arrived in Munich at the early-morning hour of 6:40am; about eight of us from my flight and together we awaited our intrepid Viking leader to escort us to the transfer that would whisk us off to Passau where our Viking Longship awaited—Viking Skadi. We boarded the ship, were greeted by our concierge and offered a "welcome-aboard" toast. Let the celebration begin! 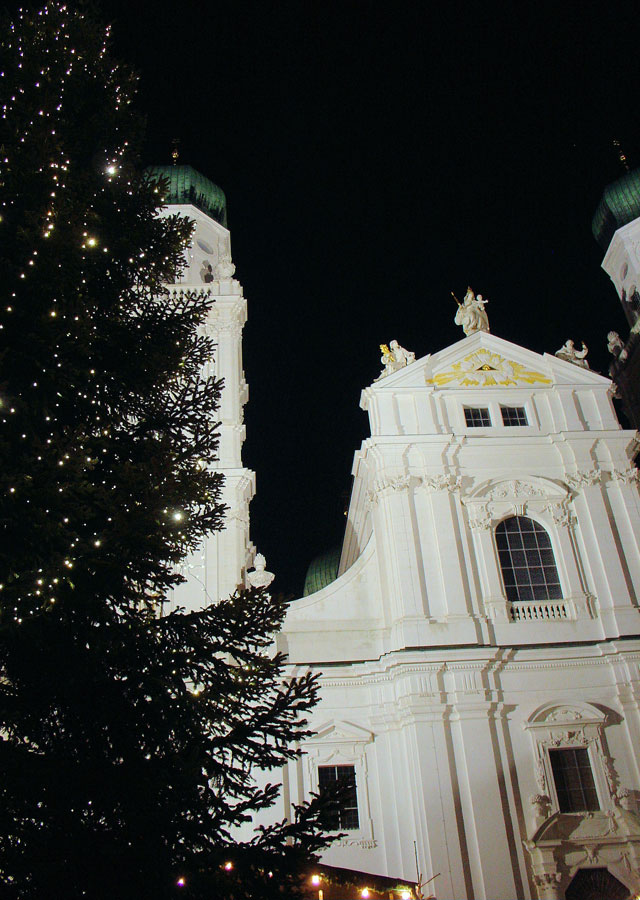 That afternoon, we embarked on a walking tour through Dreiflüssestadt or the City of Three Rivers—Passau. As I meandered through its cobbled streets, I would have never guessed that Passau actually dates back to the eighth century. Expecting to see medieval architecture, I was astonished to find so many Baroque-style buildings but I soon learned that a fire destroyed much of the city during the 17th century and because Baroque was a sweeping trend in Italy at the time, the ruling Prince-Bishops decided to mirror its architectural splendor within their own city.

Some of the not-to-be-missed sights include Saint Stephen's Cathedral, a Gothic-Baroque cathedral in the city square that happens to be the home of the world's largest cathedral organ; the Glass Museum with more than 30,000 pieces of glass spanning the last four centuries; the Modern Art Museum Wörlen, a wonderful place to enjoy the ever-changing exhibitions; and finally, perched high above Passau on the opposite side of the Danube, is the Veste Oberhaus, a 13th-century fortress that's now home to the Museum of Culture and History. You won't believe the jaw-dropping views of Passau from up here!

Our next stop was Linz, Austria, on Day 3 of our Danube river cruise, but Linz was not to be the destination of choice for the day. Instead, we were whisked off on a full-day tour to the city of music festivals, Mozart and The Sound of Music — Salzburg. 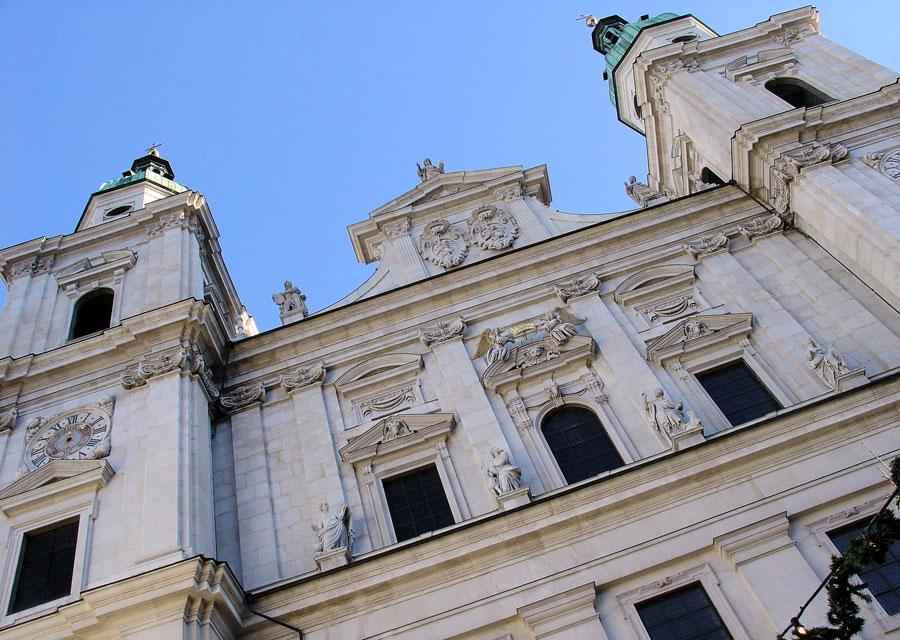 We began our tour in Mirabell Palace and Gardens, one of many locations throughout Salzburg used in The Sound of Music, and then began our walking tour from what the Austrians call 'New Town' to the 'Old Town.' Here, we met another Saint Stephen's but aside from its striking Baroque façade and interiors, this place was special for another reason—Mozart was Christened here and you can find the baptismal font just to the left once you enter. 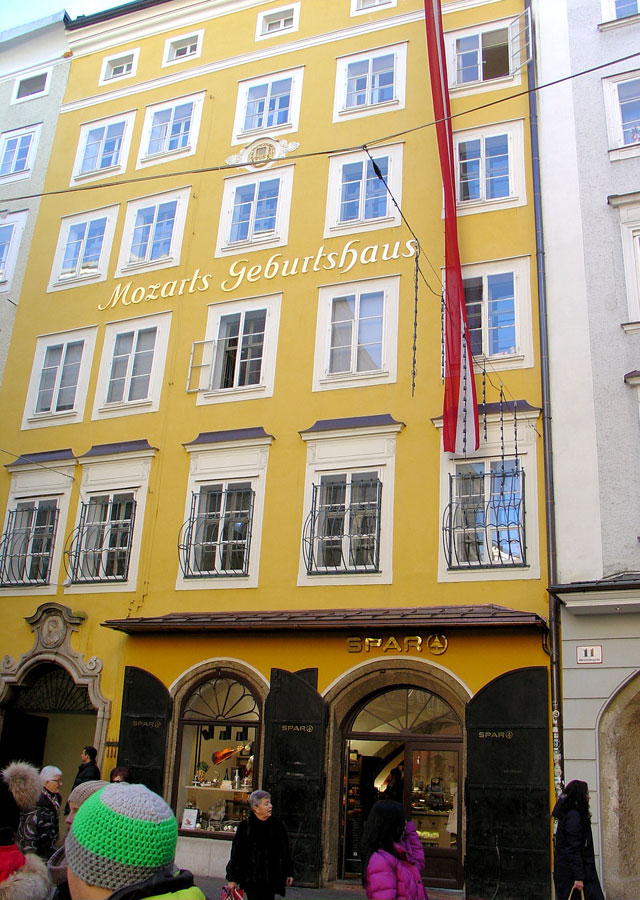 After having lunch in the oldest restaurant in Europe—St. Peter Stiftskeller, founded in 803, we toured the Public Cemetery, a location that served as the abbey grounds where the Von Trapps hide behind the gates. Rising high above the cemetery you can't miss the formidable Festung Hohensalzburg or Salzburg Fortress, an 11th-century beacon that can be seen from all points in Salzburg. Seek out the funicular located at the perimeter of the Kapitelplatz or Chapter Square, adjacent to the cemetery, for a ride up to commanding views of Salzburg!

Before you leave, visit Mozart's birthplace along the Getreidegasse, Salzburg's renowned shopping street; and most importantly, seek out Fürst's Mozartkugel or Mozart Balls—delectable marzipan and pistachio-filled confections dipped into chocolate. Still made according to the original recipe developed by the Fürst family five generations ago, this is the only place in the world where you'll find authentic Mozartkugel.

Read all about Salzburg's highlights

The following day, we awoke in the picturesque village of Melk, renowned for its bright-yellow eponymous abbey dramatically perched high above the village for nearly a thousand years. Awe-struck by its striking Baroque façade, I couldn't wait to see the treasures within this sprawling monastery. For more than 900 years, the Benedictine monks have worshipped and studied here. 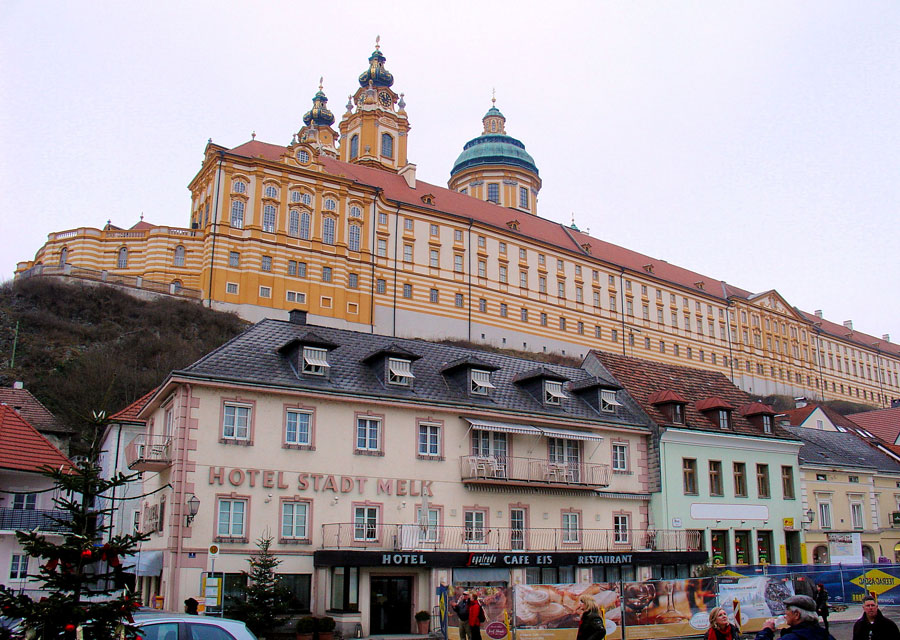 We toured through the exquisite interior of the church; the remarkable library with more than 85,000 books, the 'Marble Hall'—among others. After the tour, we descended into the village 200 feet below and strolled along its charming village streets to experience Melk as a local. Of course, I had to indulge in a scrumptious fresh-baked apricot pastry proffered by one of the local merchants—strongly recommended. 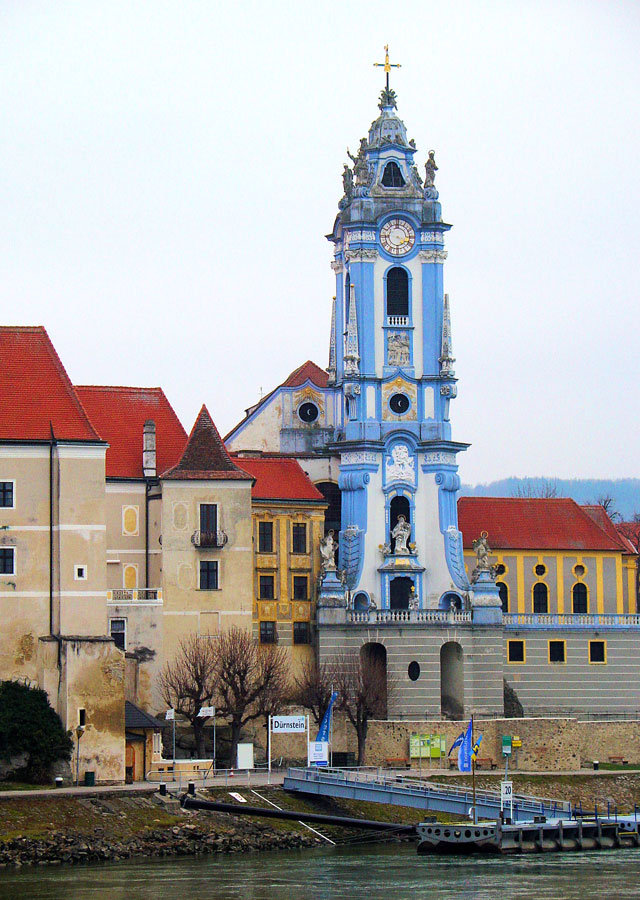 After our delightful morning in Melk, we were on our way to Dürnstein and the afternoon would turn out to be one of my favorite moments during the entire cruise. Lunch was served but instead of the normal fare, we were treated to an enriching cultural immersion into the tastes of Austria—a buffet-style lunch brimming with delicious bites of bratwursts, hams, pretzels and much more! And when we finished, we were invited up to the top deck for a fantastic voyage through Austria's striking Wachau Valley, replete with quaint villages, towering castles, pastoral settings and gliding beneath imposing fortresses whose last vestiges evoke images of grander times—all the while with commentary from our cruise director about each of the sights along the way—truly this was an unforgettable journey!

Later, we arrived in Dürnstein and embarked on a wine-tasting excursion to Winzer Krems to sample some of Austria's best vintages accompanied by tasty morsels, of course.