Corona Virus important information
Save the turtles! The battle to save the sea turtles of Costa Rica | Insight Guides Blog

Save the turtles! The battle to save the sea turtles of Costa Rica 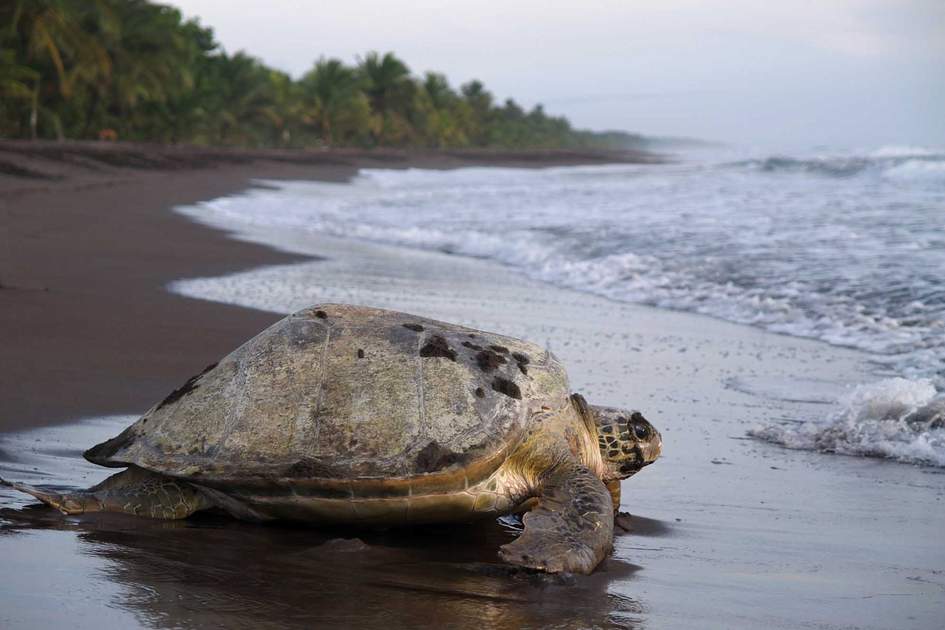 Sea turtle crawling from the beach to the sea in Tortuguero National Park, Costa Rica

"Save the turtles" has become a conservationists’ rallying cry, and Costa Rica is on the front line in the battle to do just that.

Sea turtles look more like their close but extinct relatives, the dinosaurs, than animals of today. Remarkable adaptations to life in the sea have enabled them to survive, largely unchanged, for more than 150 million years. They "fly" like birds through the water using front flippers as wings. Yet they retain terrestrial traits and must surface to breathe air and crawl ashore to nest and lay their eggs.

Costa Rica is home to five species of sea turtles: green, hawksbill, Olive Ridley, leatherback, and loggerhead. They are more easily viewed here than anywhere else in the world. They nest at several well-known beaches on both Caribbean and Pacific shores. During the nesting season, if you happen to be in the right place at the right time, you may see one of the most amazing spectacles in the animal kingdom: the arribada, when 100,000 or more Olive Ridley turtles come ashore to nest simultaneously. Or, equally spectacular, is the sight of a 680kg (1,500lb) leatherback hauling her massive body out of the water and up the beach to bury her clutch of eggs in the sand.

Tortuguero Beach, a 35km (22-mile) stretch on Costa Rica’s northern Caribbean coast, is the most important nesting area for green turtles in the Western Caribbean. Here, you can see green turtles, hawksbill turtles, and Ridleys.

Green turtles mate and nest several times from September through November. With the sharp hook on his front flippers, the male holds and mounts the female. If the sexually aggressive male can’t locate a mate, he will eagerly clamber on top of anything that floats. Chunks of wood, other male turtles, even skin divers are not safe from a male’s misguided passion.

An impregnated female waits offshore until dark before beginning her long struggle up the beach to the nesting site. During her crawl up the sand, disturbances such as noise and light will cause her to abort the nesting procedure, and to return to the safety of the sea. But once she has begun digging the nest, nothing will distract her.

Using her rear flippers, she scoops out a vase-shaped hole, approximately 1 meter (2 to 3ft) deep. One hundred or more leathery, golf-ball-sized eggs covered with a mucus "fungicide" drop into the nest one or two at a time until the entire clutch is deposited. She covers the nest, tamps down the sand and begins her long crawl back to the sea, leaving her progeny at the mercy of coatimundis, dogs, raccoons, and human scavengers, known as hueveros, who steal the eggs and sell them to local bars.

The perils of birth

In undisturbed nests, baby green turtles hatch in a couple of months. Using a temporary egg tooth, they tear open their shells. Soon the entire clutch is ready to rise to the surface. A critical mass of about 100 turtles all working together is needed to excavate the 1 meter (3ft) of sand that is covering them. Usually before dawn, they erupt onto the beach, look for the brightest part of the horizon over the sea, and scramble for the water running the gauntlet of ghost crabs and birds, perhaps then only to be met by sharks and predatory fish once they do reach the water. Hundreds of thousands race for the sea and probably less than 3 percent survive. Those that do make it go offshore to floating rafts of sargassum weed where they find shelter and food for their first and most difficult months at sea.

For several decades they live nomadic lives, migrating over vast distances of the open ocean to feed on turtle grass in the remote Miskito Keys off Nicaragua or at Cahuita on the Talamanca coast. Some navigate several thousand kilometers to the Windward Islands, using no apparent landmarks or visual cues. It is thought that crystals of magnetic iron located in the turtles’ brains perhaps serve as internal compasses, guiding them across the seas. Or, more prosaically, they may just follow a certain smell or substance.

Although no one knows for certain, marine biologists estimate that it takes 15 to 30 years for these turtles to reach sexual maturity, at which point they reconvene on the beaches where they were born and proceed to mate, nest, and complete their incredible reproduction cycle.

On the brink of extinction

To early explorers, fresh turtle meat was a welcome change from salt beef and sea biscuits, and, of course, this was before people became aware that species could be wiped out. Tropical peoples still relish meat from the sea turtle. But sadly, the species is being endangered more from frivolous use than for subsistence purposes: six or seven species of sea turtle are on the brink of extinction. In bars from the Caribbean to Sri Lanka, sea turtle eggs are sucked from the shells in the mistaken belief that they act as aphrodisiacs. Tortoiseshell has a high value when carved, polished, and made into jewelry, combs, and spectacle frames. Turtle skin is even being used as a substitute for alligator skin in shoes and purses.

Sea turtles remain on the endangered species list, although worldwide conservation programs are under way. Importation of turtle products into the US and other countries is strictly prohibited and carries stiff penalties. But more and more adult turtles are caught in shrimp trawls and long-line fishing nets, and fishermen continue to hunt them, illegally.

Silt from unlawfully deforested land near Tortuguero washes onto the beaches, bringing weeds that take away valuable nesting space from the turtles. And floodlights from beach-side hotels and developments frighten off females who are ready to nest, and disorient hatchlings trying to reach the sea.

The future for many turtles is bleak. In 1991 a national park was created at Playa Grande on the Nicoya Peninsula and named Las Baulas, the Spanish word for leatherback turtle. But business interests are already trying to develop the beach. And the National Park authorities now take a very strict line on poaching. Perhaps this, plus the efforts of the many volunteer programs and the commercial demands of ecotourism, will yet save the endangered turtles.

Keep following the blog for more articles on Costa Rica and Tico culture, from Costa Rican coffee and the country's volcanoes, to the best adventure sports and top beaches... 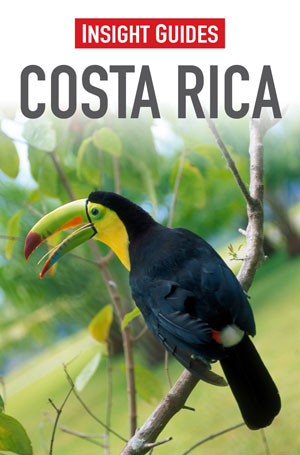