Tanzania's wildlife – Africa's Big 5, and other mammals to see on safari 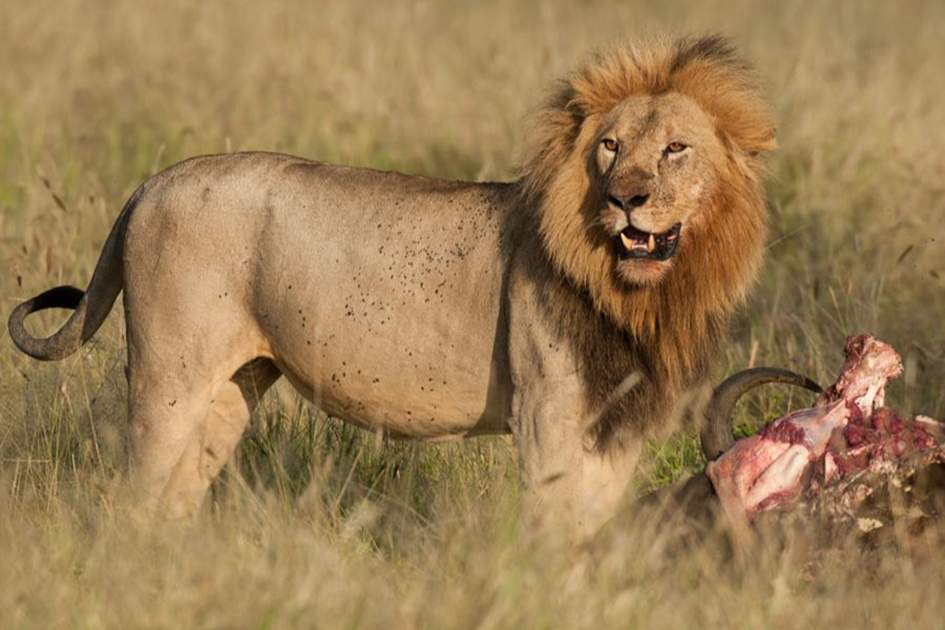 Our destination of the month, Tanzania, offers some of the world’s finest game viewing, with an extraordinarily rich array of wildlife. Here we describe the Big Five and what habitat you can see them in, plus 5 other amazing animals to look out for. Our Insight Guide Tanzania & Zanzibar lists over 50 species.

There are more large mammals in East Africa than virtually anywhere else on earth – more than 80 species in Tanzania alone. (By "large" zoologists mean anything from the size of a domestic cat.) There are plenty of smaller ones, too, although most of these are nocturnal and can be difficult to spot. Everyone wants to see Africa’s big five – elephant, rhino, lion, leopard and buffalo – and Tanzania contains them all. But in your eagerness to tick them off, don’t ignore the less dramatic creatures: the dogs and the smaller cats, the monkeys and the mongooses, and, above all, the antelopes – dozens of different species, from the imposing eland to the tiny dik-dik. 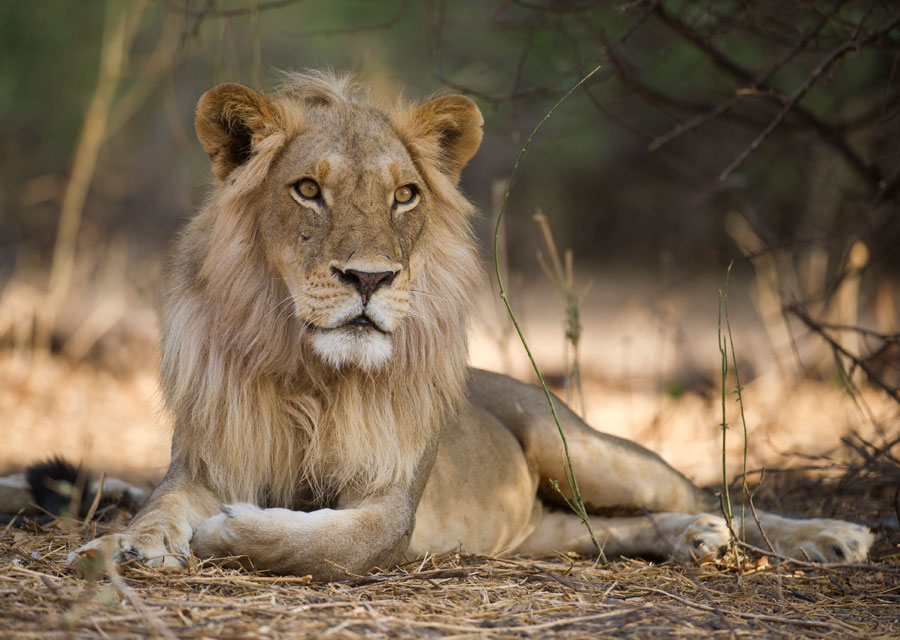 Tawny or fawn in colour, with manes ranging from gold to black on the male, the lion is the largest of Africa’s three big cats, and also the most sociable. Prides consist of six to a dozen females and their cubs, with one or more dominant males. Most of the hunting is done by females, working as a team usually at night, but males will normally be first to eat at a kill. Some prides specialise in hunting buffalo or giraffe, but most feed on impala, zebra or wildebeest, seizing the prey by the throat and suffocating it.

The largest of all land mammals, the African elephant can grow to 3.4 metres (11ft) at the shoulder and weigh 6,300kg (over 6 tons). Females live in looseknit herds, in which the oldest cow plays matriarch. Males usually leave the family at around the age of 12, to drift between herds, roam singly or form bachelor groups. Elephants are active 16–20 hours a day, eating, drinking, bathing or travelling in search of food – they can eat up to 150kg (330lbs) of vegetation in 24 hours.

Also known as the black rhino, this Critically Endangered giant has been poached for its horn of compressed hair, which is used as an aphrodisiac in Asia and as a dagger handle in Yemen. Associated with dense thickets, it browses on the foliage with its muscular hooked upper lip. Though solitary, it does sometimes gather in temporary groups, and a calf will stay with its mother for up to four years. It is now very rare in Tanzania, and most likely to be seen in Ngorongoro Crater, though it is also present in the Serengeti and Selous.

The elegant leopard is larger than the other spotted cats, and distinguished by dark rosettes on the back and flanks and solid spots on the face. The background colour ranges from off-white to russet. It is a solitary animal, except when a pair come together for mating, or a mother is accompanied by cubs. Hunting mainly at night, the leopard steals up on its prey, then pounces from close range. It is powerful enough to carry an antelope (impala are its favourite food) up a tree to keep it safe from other carnivores.

Africa’s only species of wild cattle, the buffalo is very heavily built (up to 1.5 metres/5ft at the shoulder), with relatively short, stocky legs. Large ears fringed with hair hang below massive curved horns that meet in a central boss. It is gregarious, living in herds from a few dozen to several thousand in number, though it is not unusual to encounter lone bulls (which can be dangerous). It most often grazes at night, and drinks in the early morning and late afternoon, spending the day resting or chewing the cud.

5 other species to spot in Tanzania's national parks 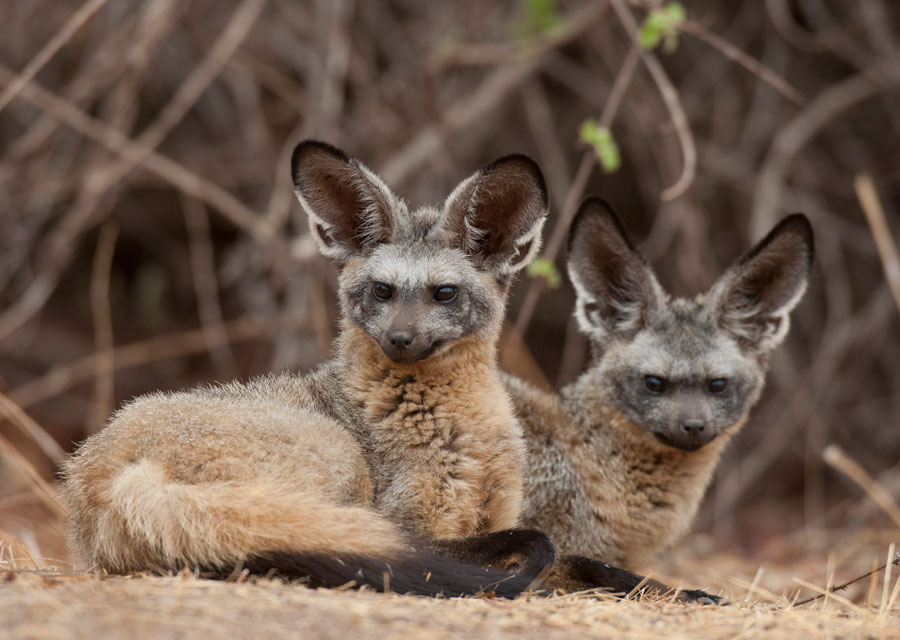 This small, silver-grey fox has black legs, a bushy tail, pale face, pointed black muzzle and enormous ears – the key to its success as an insect-eater. Its main food is harvester termites, which it can pinpoint up to 30cm (1ft) underground with acute directional hearing, before digging furiously to unearth them. A resident of dry scrub and grassland, it dens in burrows, which it sometimes digs itself but also colonises from other creatures. It hides during the heat of the day, emerging to feed in early evening.

The most often seen of the mongoose family, and the most social, the banded is dark grey-brown with 10–12 dark stripes on its rump. It lives in family groups of between five and 40 individuals, and rarely ventures far from the troop. Sleeping at night in burrows, they spend most of the day foraging for food, occasionally pausing to stand upright to look around for danger. They are truly omnivorous, eating insects and other invertebrates, small rodents, lizards, birds, eggs and sometimes fruit and berries.

This huge mammal (up to 2,000kg/2 tons) is found in most of Tanzania’s large rivers and lakes, in herds of 10 or more presided over by a dominant male, who defends his territory fiercely. Hippos’ skin is very thin and has no sweat glands – they can easily dehydrate and overheat, so they spend the day in water, often with only eyes, ears and nostrils showing. Evenings and early mornings are the time to see them on land, when they follow wellworn trails to and from their nocturnal grazing.

East Africa’s most abundant antelope, the blue wildebeest or white-bearded gnu is an ungainly creature, dun-grey with a straggly black mane, black face and buffalo-like horns. It generally congregates in herds of around 30, but huge concentrations take part in the annual migration round the Serengeti and north into the Maasai Mara, following the rains and the fresh, young, short grass that is their sole diet. Breeding is synchronised so that hundreds of thousands of calves are born in the Serengeti in February and March.

Read more about the Great Wildebeest Migration in the Maasai Mara...

This medium-sized primate (also called Sykes’ monkey) has a dark blue-grey coat, with darker patches on the crown and limbs, and sometimes a white throat patch. An inhabitant of riparian woodland and forest, it lives in troops of 10–20, controlled by a single adult male. It is active during the day and spends most of its time in the trees, where it feeds on leaves, fruits, seeds, gum and bark, and occasionally insects and birds. It has a wide range of calls, including a very loud, farcarrying bark to warn of danger.