The Big Apple: An Introduction 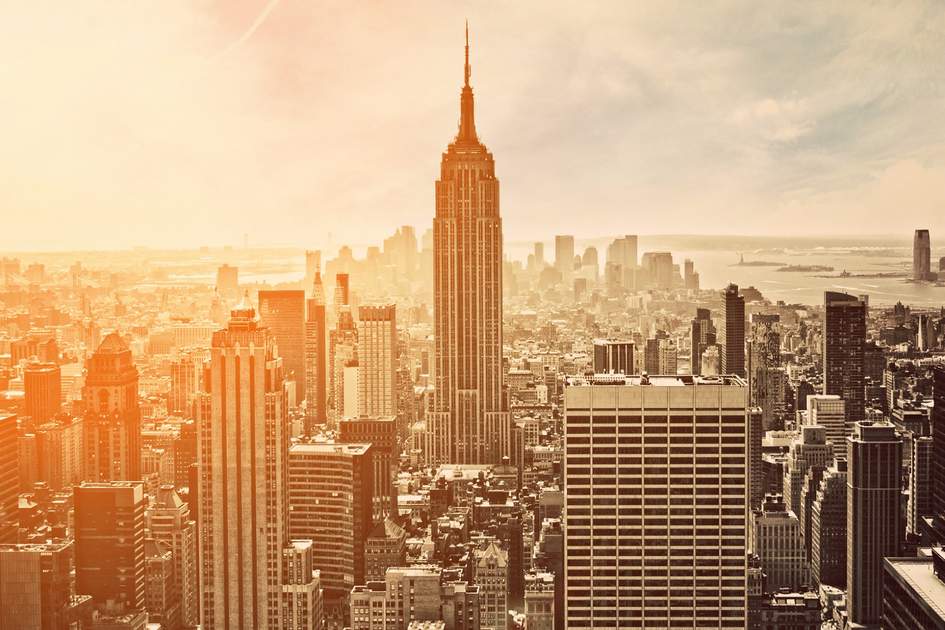 Wondering when to go to New York City?

Well, as it happens, May is the perfect time: the weather is warm and the summer crowds are still some way off. In May, the city hosts the Ninth Avenue International Food Festival and the world-famous TriBeCa film festival.

You can see musicals on Broadway, be inspired by world-famous art at the MoMA, eat at the finest restaurants, or relax with a picnic in Central Park. Maybe you’ll run into a famous resident, such as Steven Spielberg or Jay Z.

In this post, we will give you a few suggestions on what to do and where to go. However, it’s just the tip of the Big Apple (sorry!):

Where to start in the Big Apple

The best way to experience New York to throw yourself in at the deep end. Walk up the Upper West Side and sample some bagels; stroll through the galleries of the MoMA; linger over coffee in Greenwich Village, retracing Bob Dylan’s steps. For a bird's eye view that will stay with you forever, go to the top Empire State Building!

More often than not, money does not buy good taste. Head to Trump Towers in Midtown if you don’t believe me. However, every rule has an exception, and steel magnate Henry Clay Frick is the exception to this rule, as he had plenty of both money and taste. The gorgeous mansion he built in 1914 is now houses the intimate Frick Collection, featuring work by Vermeer, Rembrandt, Ingres and Fragonard.

The collection is small, and will take less than one hour to take in. One piece that will grab your attention is Francesco Guardi’s View of Venice. Down the corridor is an atrium filled with exotic palms and statuary surrounding a fountain and pool. The story goes that Frick created all this opulence to make rival Andrew Carnegie’s mansion, which is now the Cooper-Hewitt Museum, ‘look like a miner’s shack.’

A true gem of New York City, Grand Central Terminal is worth visiting if you’re not catching a train. Construction took 10 years and it was finished in 1913. By 1947, more than 65 million passengers had used the station, which was equal to 40% of the US population back then.

However, the golden years weren’t to last: as car travel and suburban living become increasingly popular in the 1950s and 60s, rail travel drastically reduced and the building fell into disrepair. By the 1960s, the roof was leaking and grime covered the once-pristine walls. The building was once due for demolition before being saved by a Supreme Court ruling in 1978. Fast-forward to the 1990s, and a $425 million renovation project restored it to its former glory. Today Grand Central Terminal is once again the major hub of the city thanks to an efficient commuter train service, a steady stream of tourists, five restaurants and a stylish cocktail lounge.

Sound too hectic for you? No problem – speak to a local expert about arranging a trip to Mexico's Baja California!