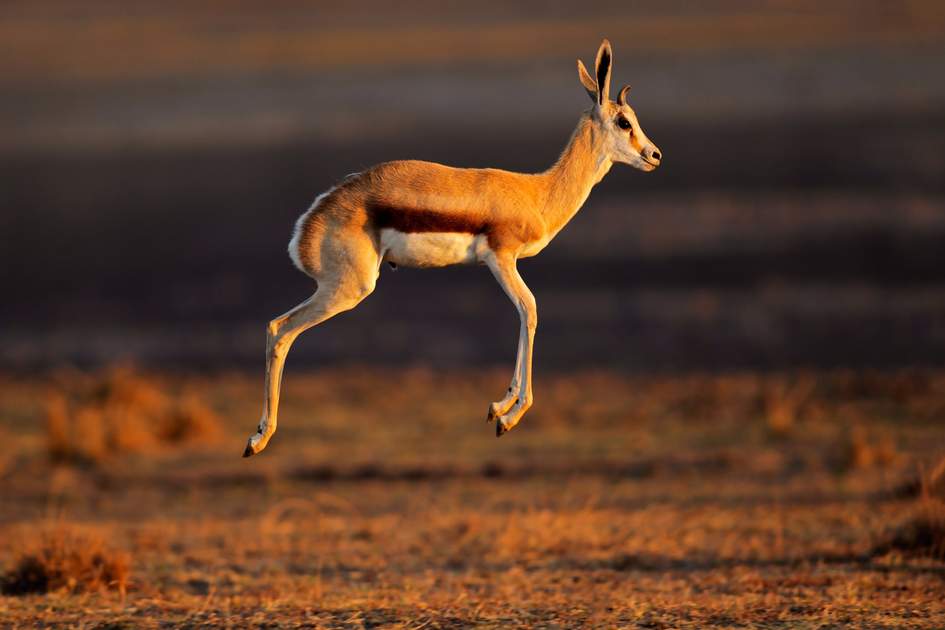 If you're going on safari in South Africa, you're in for a treat; the country is known for its absolutely spectacular wildlife. Its richly varied mammal fauna, comprising 230 land and 43 marine species, is linked to an ecological diversity that includes no fewer than six major terrestrial biotic zones, ranging from desert to montane forest. For those who go on safari, however, it is the classic African woodland savannah of the northeast that holds the greatest allure, harbouring a wide range of favourites including the so-called 'Big Five:' elephant, lion, leopard, buffalo and rhino. The Kruger National Park and bordering private reserves (now part of the Great Limpopo Transfrontier Park) is South Africa’s premier game-viewing destination, but hundreds of smaller reserves such as Pilanesberg and Kapama Private Game Reserve protect familiar safari species alongside regional specialities. The list that follows gives you an overview of some of the most popular animals to spot.

Looking to explore private, tailor-made trips to South Africa? Fahranaaz, our local expert, is ready to customise your experience from start to finish. What are you waiting for?

Tawny or fawn in colour, with manes ranging from gold to black on the male, the lion is the largest of Africa’s three big cats, and also the most sociable. Prides consist of six to a dozen females and their cubs, with one or more dominant males. Most of the hunting is done by females, working as a team, usually at night, but males will usually be first to eat at a kill. Some prides specialise in hunting buffalo or giraffe, but most feed on impala, zebra or wildebeest, seizing the prey by the throat and suffocating it.

The leopard is bulkier than other spotted cats, from which it can be distinguished by its pugilistic build and elegant coat of black rosettes set against an off-white to russet background. It is a solitary animal, hunting mainly at night. A leopard will often carry a fresh kill (impala, baboons and monkeys are favoured) up a tree, safe from the reach of less dextrous carnivores. Common but secretive in most game reserves, leopards are most likely to be seen in private reserves bordering Kruger National Park. 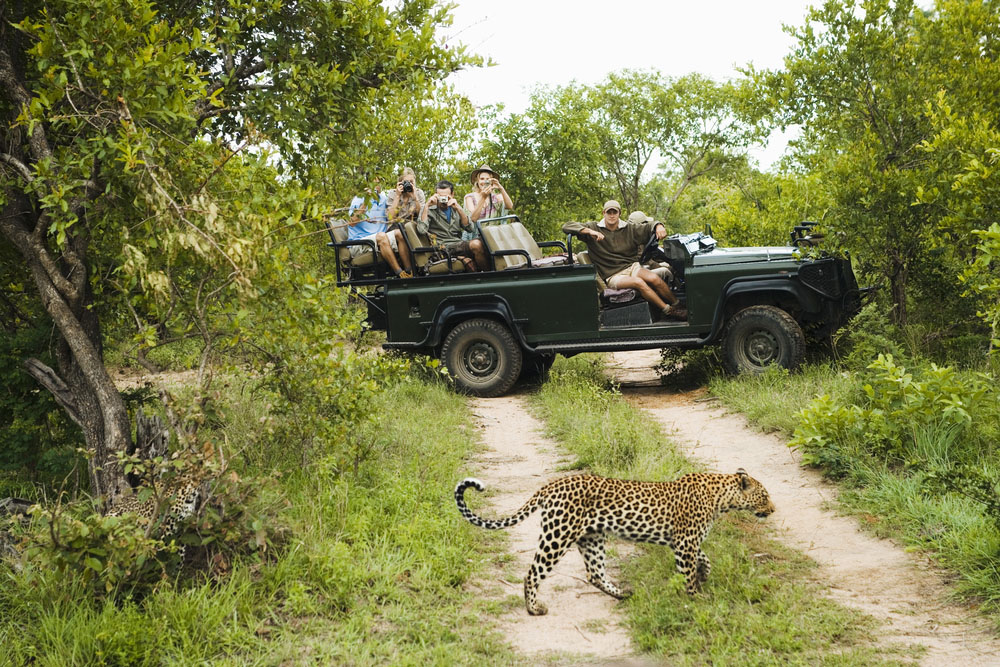 The largest land mammal, the African elephant can reach 3.4 metres (11ft) at the shoulder and weigh 6,300kg (over 6 tons). Females live in loose-knit herds, in which the oldest cow plays matriarch. Males usually leave the family at around age 12, to drift between herds, roam singly or form bachelor groups. Elephants are active 16–20 hours a day, eating, drinking, bathing or travelling in search of food – they can
eat up to 150kg (330lb) of vegetation in 24 hours.

This huge mammal (up to 2,000kg/2 tons) is common in the waterways of the Kruger Park and Zululand, and has been reintroduced to Cape Town’s Rondevlei Nature Reserve. Hippos live in groups of 10 or more, presided over by a dominant male. The thin skin can easily dehydrate, which is why hippos stay submerged in daylight. After dark, hippos graze terrestrially, and are often seen at dusk or dawn. Warning: it's dangerous to get between a hippo and water. 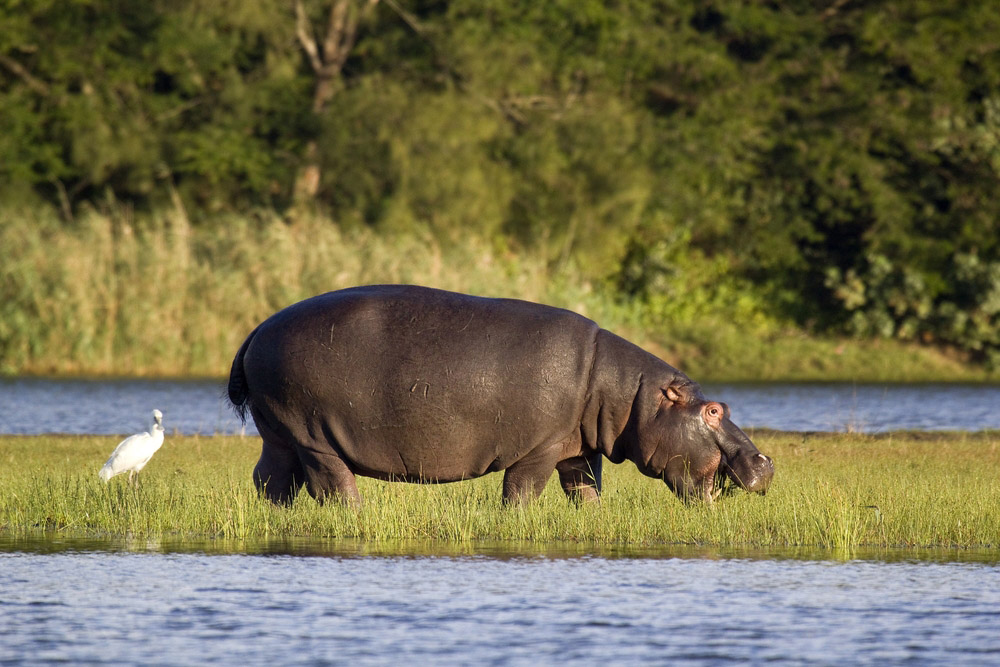 This bulky and peaceable grey-coated grazer is popularly called the white rhino, a name that derives from the Dutch weit (wide) and refers to the square lips that enable it to crop grass so efficiently. Formerly rated as Critically Endangered on the IUCN Red List, the square-lipped rhino has been the subject of one of South Africa’s greatest conservation successes in recent decades, and population is now estimated at
around 20,000, despite a recent outbreak of poaching.

Also known as the black rhino, the hook-lipped rhino is no darker than its square-lipped cousin, from which it can be distinguished by a muscular hooked upper lip designed for feeding from branches and leaves. It is smaller than the white rhino, with a reputation for charging at any provocation. Its horn of compressed hair is valued as an aphrodisiac, which led to widespread commercial poaching throughout its range in the 1970s and 1980s. Today, the black rhino remains quite common in many South African reserves.

The giraffe is the world’s tallest animal. A male can stand 5.5 metres (18ft) high, but females are somewhat shorter. The giraffe prefers open country to woodland, although its main food is leaves, especially from the tops of acacia trees, which it grasps with its amazing 45cm (18in) tongue. Giraffes are non-territorial, roaming around in loose herds of up to 15, of both sexes. The subspecies found in South Africa is the southern giraffe (G. c. giraffa), which has ragged edges to its blotchy markings. 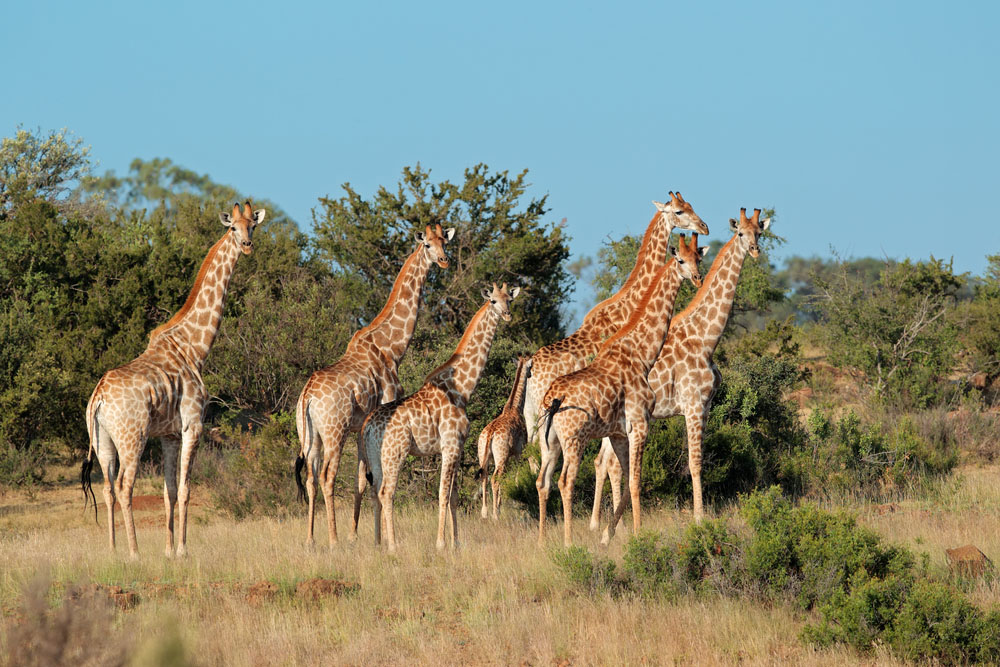 Africa’s only species of wild cattle, the buffalo is very heavily built (up to 1.5 metres/5ft at the shoulder), with relatively short stocky legs. Large ears fringed with hair hang below massive curved horns that meet in a central boss. Buffalo are gregarious, living in herds from a few dozen to several thousand in number, though it is not unusual to encounter lone bulls (which can be dangerous). They most often graze at night, and drink in the early morning and late afternoon, spending the day resting or chewing the cud.

The blue wildebeest (or brindled gnu) is an ungainly grey-brown creature with a straggly black mane and small buffalo-like horns. Herds comprise about 30 animals, but larger numbers often congregate in the grassland around the Kruger Park’s Satara Camp. Endemic to South Africa, the black wildebeest (C. gnou) is smaller, blacker and has a diagnostic white tail – some 10,000 are distributed across small reserves
and ranches centred on Free State Province. 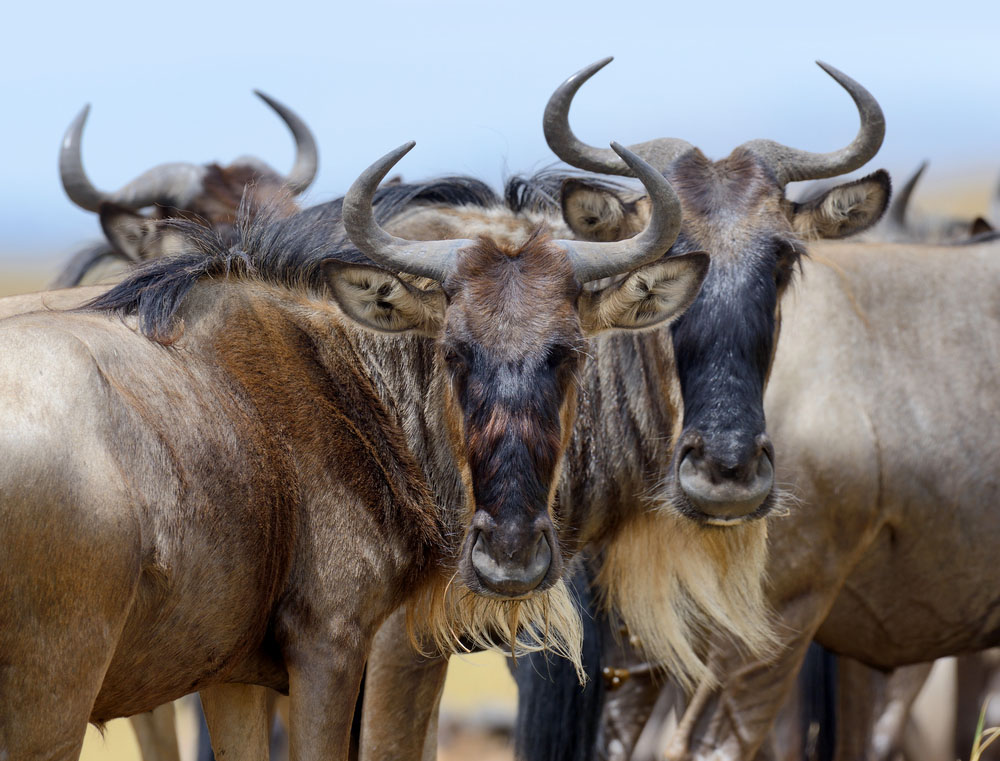 This large, robust antelope (up to 135cm/53in at the shoulder) has a shaggy grey-brown coat and a pronounced white ring on its rump. The male has long, lyre-shaped horns, and both sexes are said to emit a smell that deters most predators. A dedicated grazer, the waterbuck is generally seen in small family groups in grassy areas near water. It is very common in the Kruger Park and some Zululand reserves, but is
absent from most other parts of South Africa.

The springbok is the southern equivalent of the related East African 'Tommy' (Thomson’s gazelle). Both species have pale brown upperparts separated from a white belly by a broad black horizontal stripe, small, upright near-parallel horns, and – when threatened – tend to bounce around stiff-legged, a type of behaviour known as pronking. The migrating herds of hundreds of thousands of springbok are a thing of
the past, but small herds remain common in the arid northwest of South Africa.

The zebra’s trademark stripes are thought to confuse predators by breaking up the animal’s outline. A typical zebra herd consists of one stallion and a few mares with their foals. The plains zebra mingles happily with other herbivores, but since it can eat coarse grass unpalatable to other grazers, it’s often the first species in a grazing area. Common in the Kruger Park, the southern African race is distinguished from northern forms by its pale 'shadow' stripes.

Unlikely to be mistaken for any other canid, the wild (or hunting) dog has long legs, huge ears, a whitetipped tail and a blotched black, white and tan torso. No two animals have exactly the same markings. It is a superb hunter – packs of 10 to 15 animals can maintain a chase over several kilometres and overwhelm much larger antelope by weight of numbers. Vulnerable to diseases carried by domestic dogs, the wild dog is listed as endangered, but the Kruger Park hosts one of the largest remaining wild breeding populations. 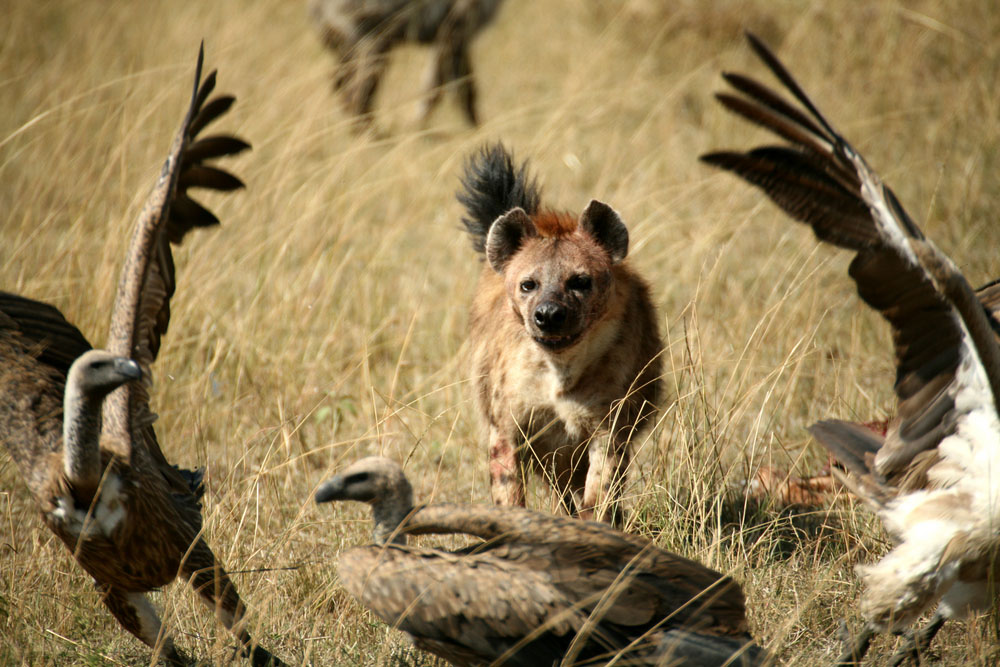 Distinguished by its impressive bulk, sloping hindquarters, coarse spotted coat, round face and powerful jaw, the spotted hyena, though often characterised as a pure scavenger, is also an efficient hunter. It was once thought to be hermaphroditic due to the false scrotum and penis covering the female genitalia. Clans of 10–100 individuals, led by a dominant female, are active mainly at night, when individuals maintain
contact with an eerie whooping call that occasionally terminates in a demonic cackle.