The Western Cape’s Coast of Whales 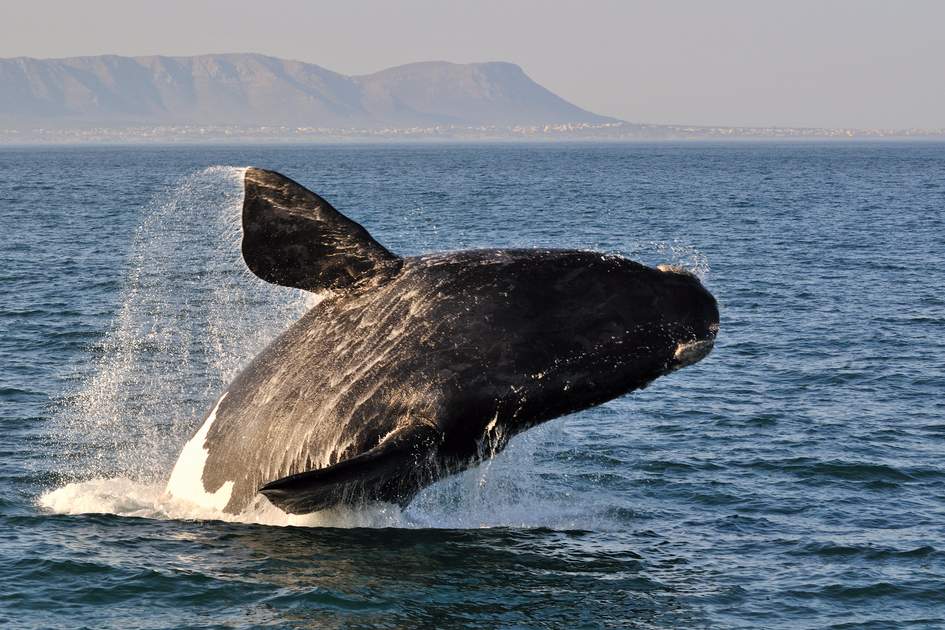 South Africa is one of the best places in the world to do a spot of whale watching. No fewer than 29 species of toothed whale (Odontoceti), including the killer whale, or orca, are found off the South African coast, along with eight species of baleen whale (suborder Mysticeti). But by far the most commonly spotted are the southern right whales, pods of which seek out sheltered bays along the Cape coastline every year for breeding.

Looking to explore private, tailor-made trips to South Africa?
Fahranaaz, our local expert, is ready to customize your experience from start to finish.
What are you waiting for?

Between June and December, there is a good chance of seeing them all the way around the peninsula from Elands Bay on the west coast to Mossel Bay on the Garden Route. On a good day, you might see them spyhopping (standing on their tails with their heads out of water), lobtailing (slapping their flukes on the water’s surface) or breaching – leaping out of the sea like a trout.

The southern right whale (Balaena glacialis) is distinguished by its V-shaped “blow” – the cloud of vapour produced when the whale exhales a large volume of air through its pair of blowholes. They are thought to live for up to 100 years; an adult can reach 16 metres (53ft) in length. They are called right whales because 18th-century whalers regarded them as the 'right' whales to catch: the carcass was oil-rich, and the whalers’ task of collecting their booty was made easier by the fact that the whale floats on the water after slaughter. They were valued for their blubber, which was reduced to oil for use in margarine, soap and linoleum; and for their bones, used to make glue, gelatine and fertiliser. International legislation to protect the species was introduced in 1935, but the southern right has subsequently shown only a slight increase in numbers. 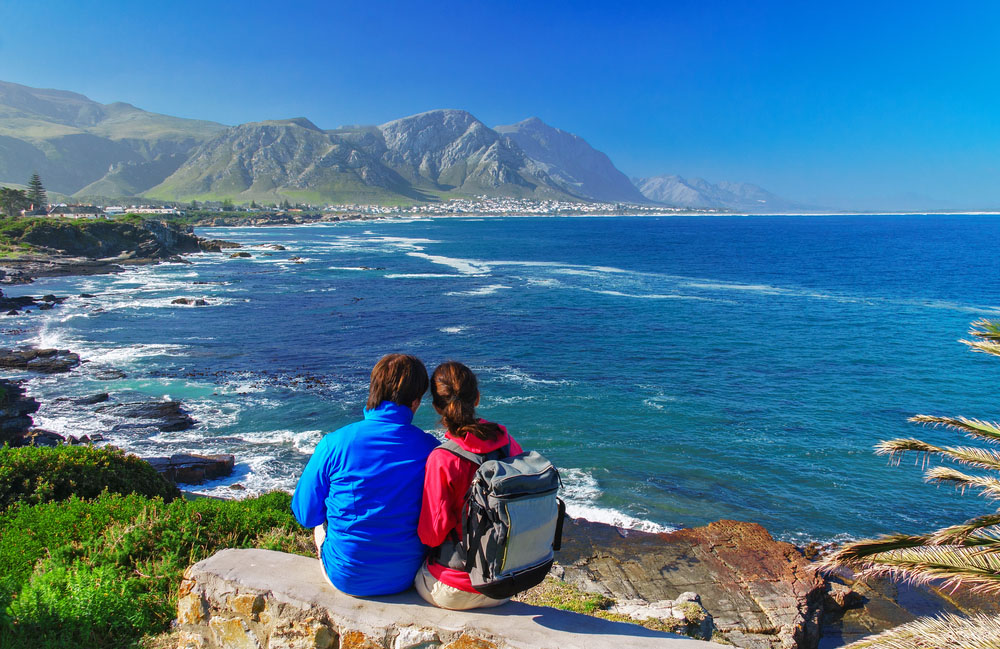 The Whale Crier of Hermanus

The village of Hermanus has the world’s only official whale crier, who, during the peak whale season (Sept–Oct), parades through the streets announcing new arrivals with a blast on his kelp horn. The popular Hermanus Whale Festival at the end of September attracts traditional musicians and other local performers to the normally quiet town.

Hermanus’s Old Harbour – replaced in the 1940s after nearly a century – now houses a museum in a row of beautifully restored fishermen’s cottages. One of the museum’s most interesting features is an underwater microphone, attached to a sonar buoy in Walker Bay. The eerie, sing-song sound of whales chatting to one another deep underwater is picked up and transmitted back to a public audio room in the museum. There is also a telescope for watching whales far out in the bay.

Hermanus’s famous cliff path start in nearby Westcliff, following the shore round Walker Bay to the lagoon at Grotto Beach, with unrivalled views of whale activity out at sea. The walk takes at least a morning; bench seats are provided along the way and many people take a picnic. There are even grander views along the Rotary Mountain Way, a scenic drive.