A perfect day in Yangon

A pulsating, charismatic, welcoming city whose crowning glory, the gilded Shwedagon Pagoda, ranks among the world’s most captivating religious monuments, Yangon is an unmissable stop during your time in Myanmar. Here are the top things to do in the city 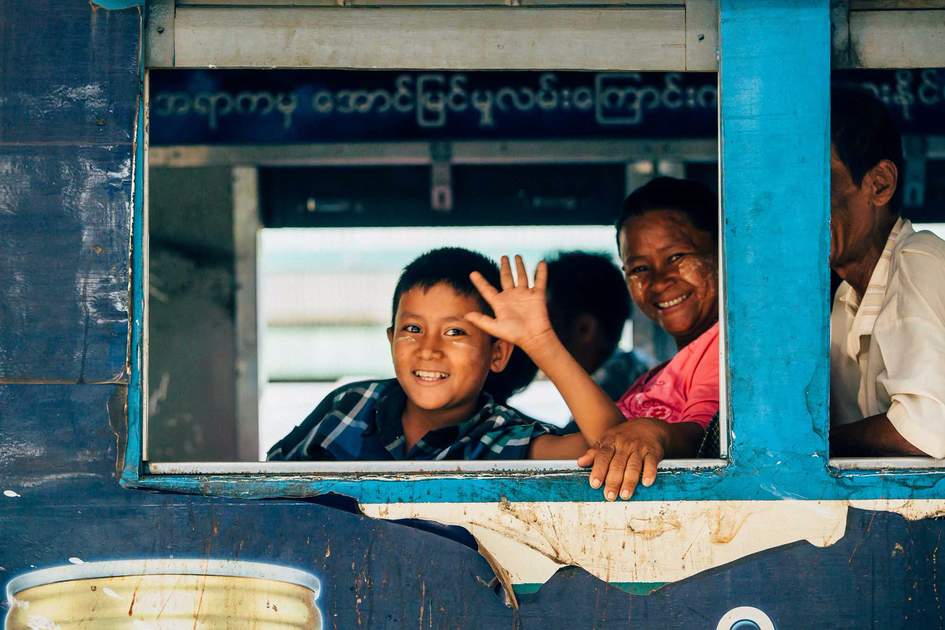 Don't forget, when you're ready to book your own holiday to Yangon, our trips to Myanmar are completely customisable: if you like the look of one itinerary but want to add a stop at any of the places listed below our local experts have it covered. Simply select the trip you'd like to take and modify the itinerary. Alternatively, get in touch with our local experts today to plan your holiday from scratch.

Yangon’s famous teahouses are great places to breakfast on a budget. Spaces to gossip, read the paper and people-watch, they’re a cornerstone of the local social scene. The city has literally hundreds of them: all shabby and crowded and a window into local Burmese life.

Once you're prepped for the day ahead, the most logical place to begin a day’s tour of Yangon is the Sule Pagoda, the shining stupa at the city’s heart, which the British used as the centrepiece of their Victorian grid-plan system in the mid-19th century. For centuries a focus of social and religious activities, the richly gilded monument rises from the middle of a busy intersection, surrounded on all sides by shops and swirling traffic.

Inside, the pagoda’s shrines and images include four colourful Buddhas with neon halos behind their heads. As with all stupas, it’s traditional (although not obligatory) for visitors to walk around it in a clockwise direction.

1100: meander around the city’s most interesting market

Next, make your way towards Bogyoke Aung San Market on the north side of downtown. Here you’ll find a remarkable variety of native handicrafts, with stalls displaying lacquerware, metalwork, brass and marble sculpture, woodcarvings, embroidered textiles, musical instruments and more. It’s also a good place to shop for jade and gems, with almost all the street-facing shops on the ground floor taken up by jade and jewellery sellers.

Constantly packed with both residents and tourists, Feel Good Food ranks among the top Bamar restaurants in Yangon. A short cab ride from downtown, this place will attack each of your senses: from waves of noise from rowdy diners to the fragrant scents hanging in the air. There’s no menu: just choose from the sprawling range of fish, chicken and vegetable curries laid out on the ever-changing buffet, all served with generous helpings of soups and side dishes.

Myanmar’s National Museum stands in a grand neighbourhood lined with foreign embassies. The building itself is bland and unimaginative but inside you’ll find artefacts spanning centuries. The museum’s undisputed showpiece is King Thibaw’s Lion Throne, originally from Mandalay Palace. Eight-metres tall and inlaid with gold and lacquerwork, is a particularly striking example of the Burmese art of woodcarving. You’ll also find gem-studded arms, swords and fine jewellery. Artefacts from Burma’s early history in Beikthano, Thayekhittaya and Bagan in the museum’s archaeological section include an 18th-century bronze cannon and a crocodile-shaped harp. 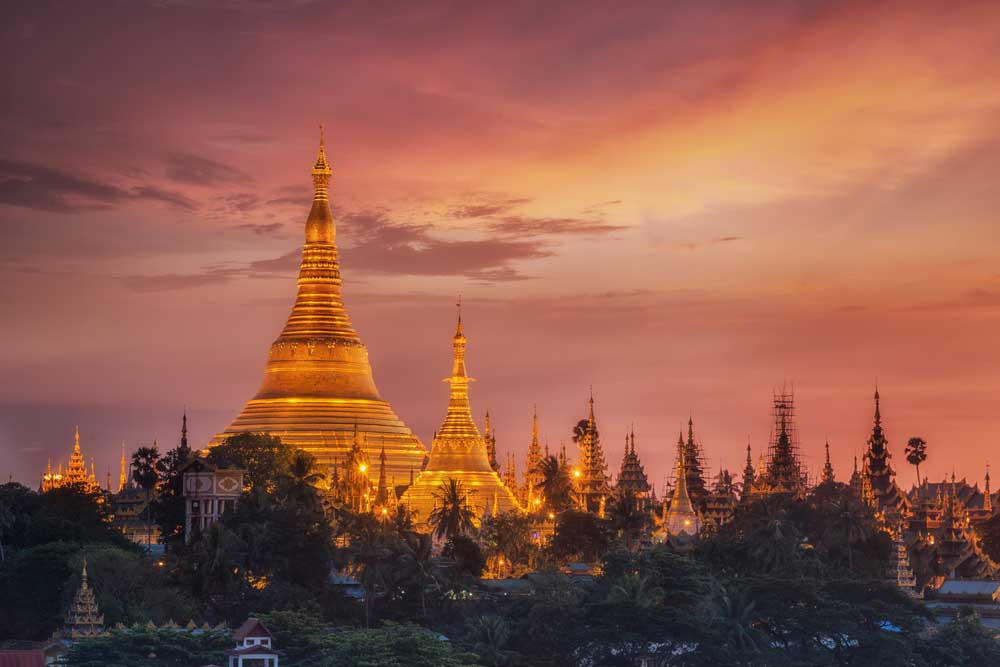 For a real insight into local Yangon life take the circle train, stopping at 38 stations and meeting monks, commuters and locals along the way. This is an authentic experience: the trains are hot, bumpy and not for the faint hearted! The 29-mile track takes you on a circular tour of the city, with the round-trip taking up to three-hours. Hop on and off at different stops and grab a cheap taxi to your next stop below for a well-earned rest…

Yangon boasts more than a dozen public parks and gardens, and locals take great pleasure in spending the hot days resting in them, preferably beside a lake. The northern shore of Kandawgyi (“Royal”) Lake is given over to Bogyoke Aung San Park, whose children’s playgrounds and panic areas are popular with young families.

An attractive boardwalk runs around the southern part of the lake, although foreigners are charged for the privilege of using it.

The park’s best-known sight is the surreal Karaweik Palace, on the eastern shore. Constructed in the early 1970s, the structure replicates a pyigyimun, or royal barge, such as those Burma’s kings and queens used on ceremonial occasions. It’s actually a building rather than a boat, contrary to appearances with its double bow depicting the mythological karaweik, a water bird from Indian pre-history, and a multi-tiered pagoda on top.

Few religious monuments in the world coast as powerful a spell as Yangon’s Shwedagon Pagoda, the gigantic golden stupa rising on the northern fringes of the city. The holiest of holies for Burmese Buddhists, it’s also a potent symbol of national identity.

It’s tempting when you arrive in Yangon to head straight for the mesmerising gilded spire on the horizon, but resist the urge if you can until early evening, when the warm light of sunset has a transformative effect on the gold-encrusted pagoda and its myriad subsidiary shrines.

Finish your day at authentic, no-frills Burmese restaurant Aung Thuka, conveniently located just three blocks north of the Shwedagon Pagoda. There are no menus or tablecloths (or even walls), instead the focus is on the food. Choose from the curries and salads arranged on the long counter at the back, served with the usual bowls of sauce, soup and veggies. The venison comes highly recommended, but everything is packed with flavour and you’ll struggle to spend more than $10.

Taking a holiday to Yangon: how to get started

Insight Guides can help you with planning, organising and booking your trip to Yangon, Burma and beyond. Simply, get in touch and share your budget, interests and travel style. Our local experts will create an itinerary exclusive to you and your requirements, which you can amend until it's just right. Alternatively, browse and modify ready-made holidays to create your dream trip today.

This blog was originally published on May 2, 2017

Dearest, I wanted to thank you for the back support had during our trip, for your organization and kindness of all the staff and guides with who have been in contact. It was a wonderful holiday. Keep it up! Best regards and good Sunday.