Shanghai’s glorious history exists hand-in-hand with the city’s even more glittering present – the 21st-century metropolis is undergoing one of the most rapid economic expansions the world has ever seen. Here is our guide to this dazzling city’s top 10 attractions. 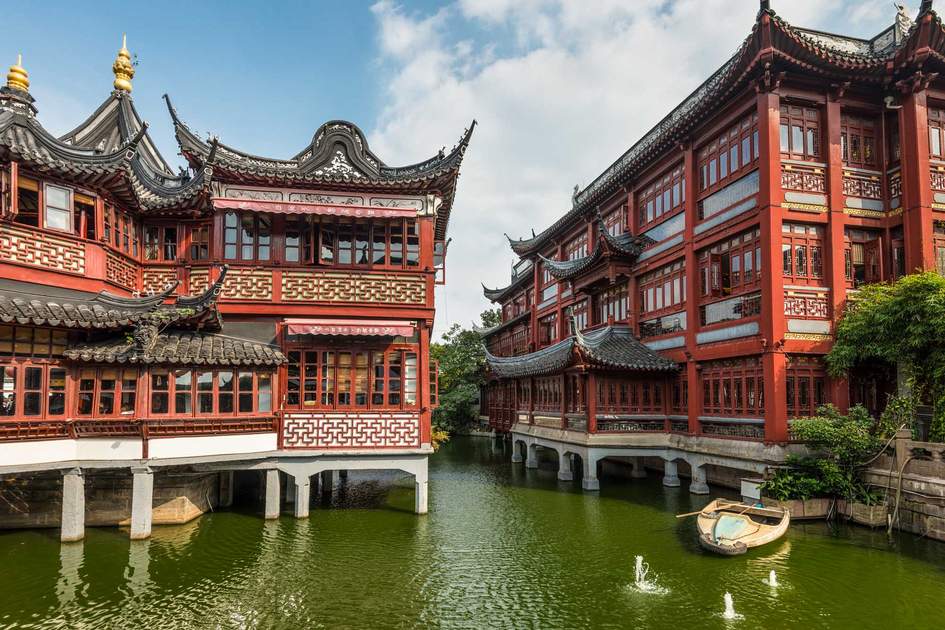 Symbolic of old Shanghai, the imposing, neoclassical Customs House stands eight storeys high on the Bund, overlooking the Huangpu River waterfront. Built in 1925, its distinctive clock tower, fondly referred to as the 'Big Ching', chimes every 15 minutes. The Communist People’s Peace Preservation Corps once holed up in the Customs House to fight for the liberation of Shanghai, and a carving in the entrance lobby commemorates its contribution. Enter the building’s lobby, during office hours, to view the carving as well as impressive ceiling mosaics.

Occupying an attractive pagoda-style building set in the middle of a man-made lake in Shanghai's Old Town, the century-old Huxinting Teahouse is the place to relax over a cup of green tea. Perhaps because the five-sided teahouse, with its classical pointed roof, has hosted the likes of Queen Elizabeth and Bill Clinton, a cup of tea here costs Rmb50, more than US$7. Still, sipping delicate Chinese tea from a Yixing teacup on the second floor, as you take in views of willows and treetops in Yu Garden, is an experience to savour. 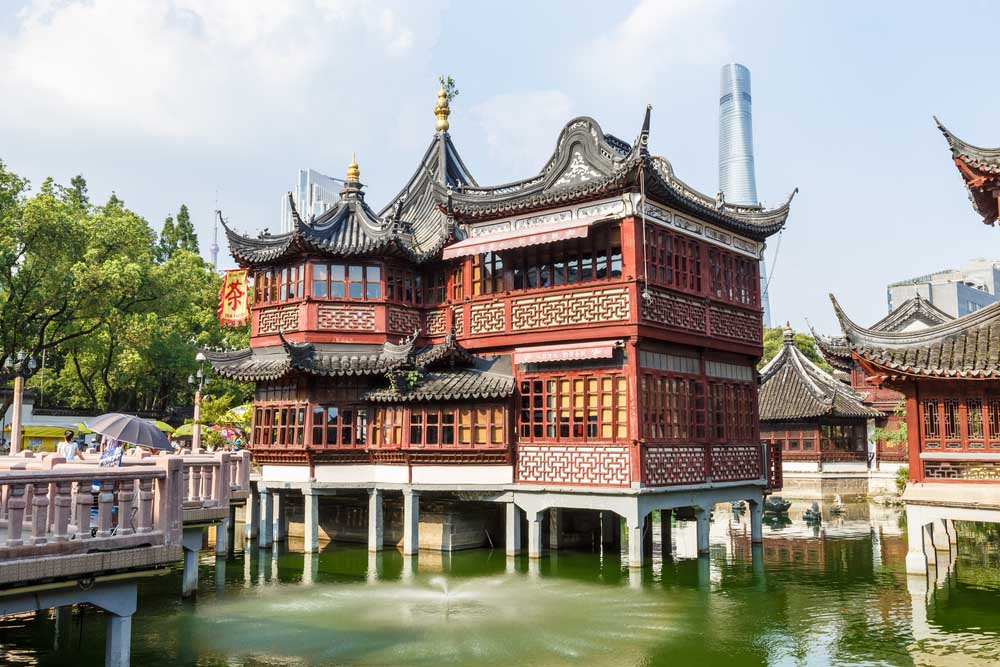 Site of the First National Congress of the Chinese Communist Pzrty

Set in the rapidly changing central Xintiandi district, now a vibrant pedestrianised shopping and dining enclave, the Site of the First National Congress of the CPC is where Communism first sank its roots in China. It was here that the Chinese Communist Party was formed in 1921. The site now houses a museum with exhibits detailing events concerning the founding of the CCP, as well the history of China and the city of Shanghai.

Bringing colour with its bright yellow walls to an unassuming Suzhou Creek neighbourhood, the Jade Buddha Temple is one of Shanghai’s major religious centres. Both the temple’s name and its popularity derive from the pair of exquisite jade Buddha statues it houses. On the second floor, the sacred Sakyamuni Buddha, almost two metres high, depicts a smiling jade Buddha seated in the lotus position at the moment of enlightenment. On the ground floor, a smaller but more elegant jade statue depicts a reclining Buddha with a beatific smile at the moment of death. 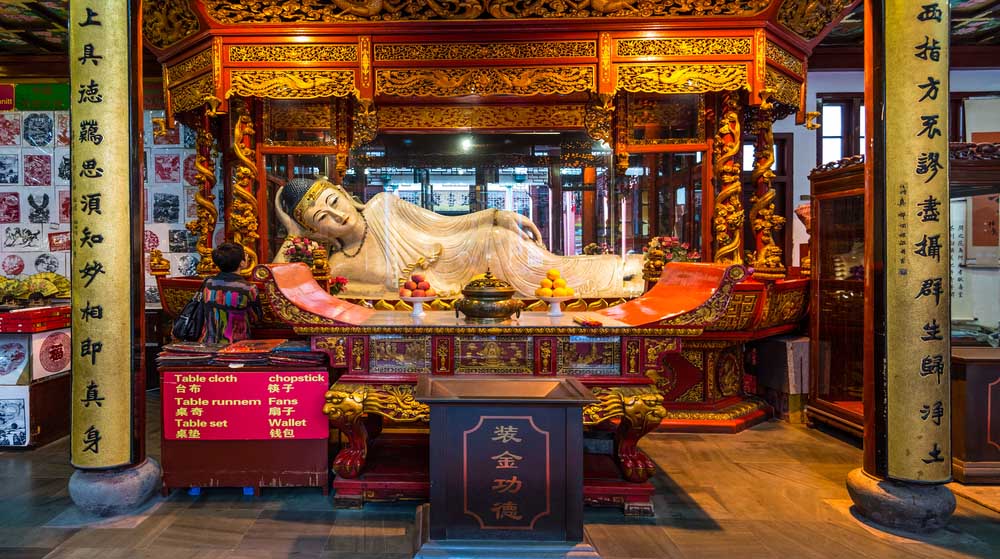 Despite the onslaught of high-rise development, Shanghai has managed to hold onto many of it traditional neighbourhoods. Venture into the narrow alleys leading off the tree-lined streets of the former French Concession district to catch a glimpse of residential lane life in the most typical Shanghainese lilong or longtang (lane) neighbourhoods. Lane neighbourhoods typically cover a city block and have a few entrances from the street that can be locked by iron gates. Within the gates, lanes arrayed in a regular matrix pattern are where the local communities gather to sell goods, cook meals and exchange gossip. 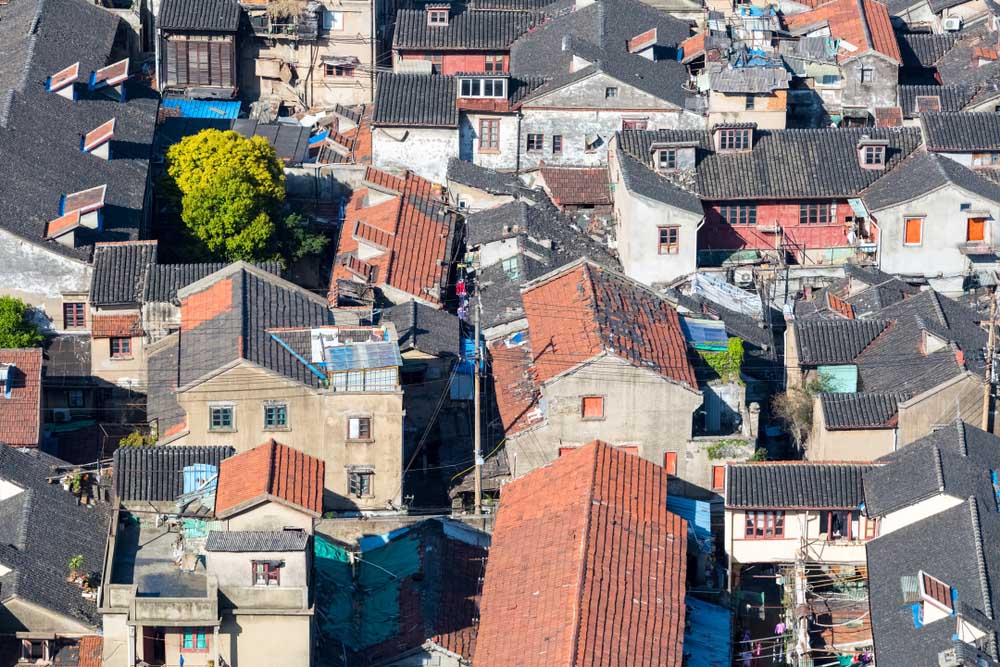 This museum in the French Concession district offers a recreation depicting life as it was once lived in a traditional shikumen house. A visit here offers a journey back in time to 1920s and 1930s Shanghai. The typical stone-gate house comes complete with a courtyard, bedroom, study, lounge and small rear kitchen. Rooms feature original period furniture and an art exhibition features representations of day-to-day life as it was lived in similar houses. 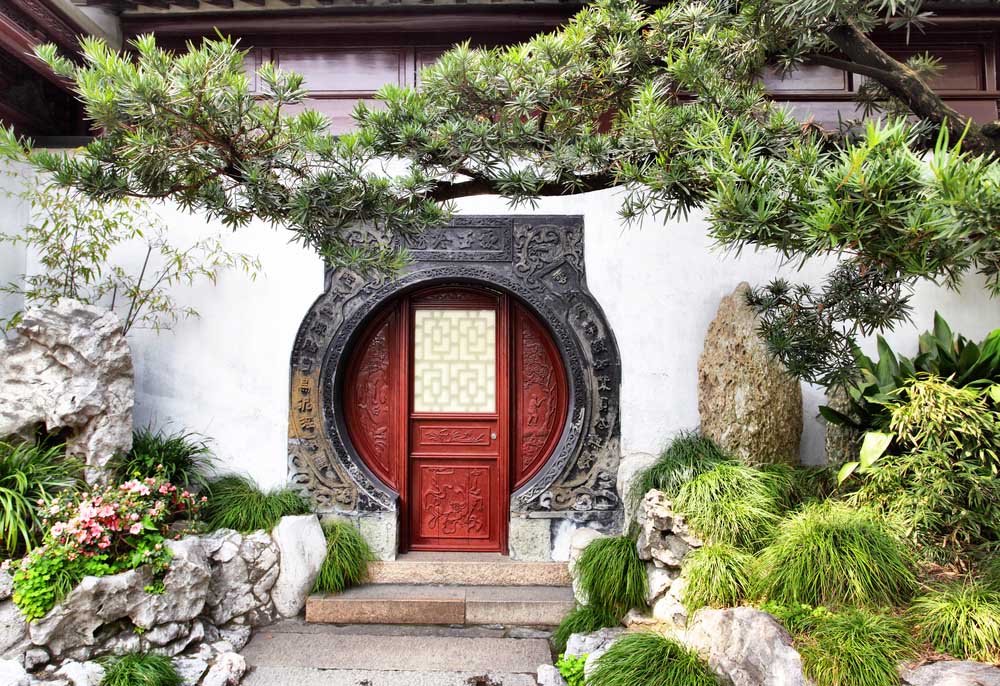 Set within the Old town, the Yu garden, also referred to as the Yuyuan garden, was created in 1577 by Ming dynasty official Pan Yunduan to please his elderly father by creating a calm place for him to relax in. The garden takes its name from the Chinese word for peace and comfort, yu. Its walls encircled by an undulating dragon, Yu Garden is a petite classical Suzhou-style garden that has all the ingredients necessary to create a microcosm of the universe – the defining hallmark of the classical Chinese garden. It features 30 pavilions connected by bridges and walkways, interspersed with fishponds, rockeries and ingenious views. Visit the ground in early spring to experience the garden in full bloom.

The Lujiazui skyline in Pudong now features a plethora of dominant megatowers, crowned by the Shanghai Tower, which twists gently skywards reaching a staggering height of 632 metres (2,073ft). The tower opened in 2016 surpassing the sleek Shanghai World Financial Centre as China’s tallest building, and is currently the second highest building on Earth. Travel up to its observation deck on the 118th floor for breathtaking views over the metropolis. 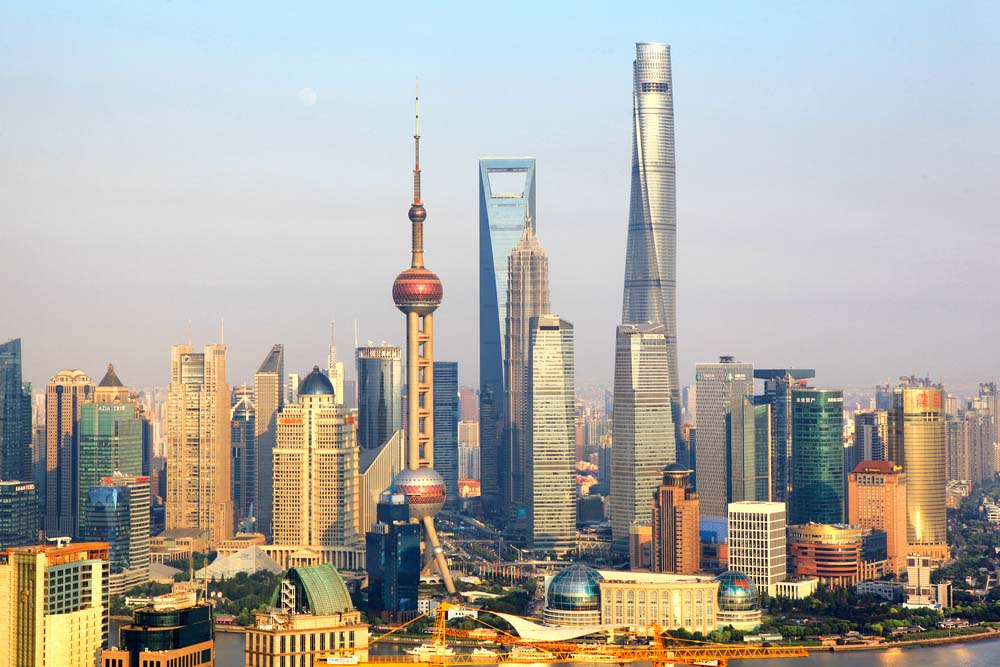 West of People’s Square, the fairytale Gothic fantasy that is the Moller Villa is crowned by multiple steeples and spires. Now housing a boutique hotel and restaurants, the building is named after its original owner, Swedish shipping magnate Eric Moller. Wander through the grounds to see the house from different angles, then enter the hotel to experience the grandeur of its rich wood panelling and crystal chandeliers that bring alive the glamour of old Shanghai.

Ready to experience the real Shanghai?

Our local experts can plan a dream trip to Shanghai for you, from start to finish. To get the ball rolling, simply get in touch, tell us when you'd like to go, and your travel preferences. We will then create an itinerary for you, which you can amend until you are completely satisfied. You can browse our existing itineraries for inspiration. And remember, all of our existing itineraries are 100% customisable – all you need to do is ask!