Top places to visit in Kerala

The vibrant greens of the Kerala backwaters, overhung by palm trees, epitomize tropical India. A land of lush beauty, this southwest Indian state is a rich storehouse of history, culture and tradition. Here is our guide to the top places to visit in Kerala. 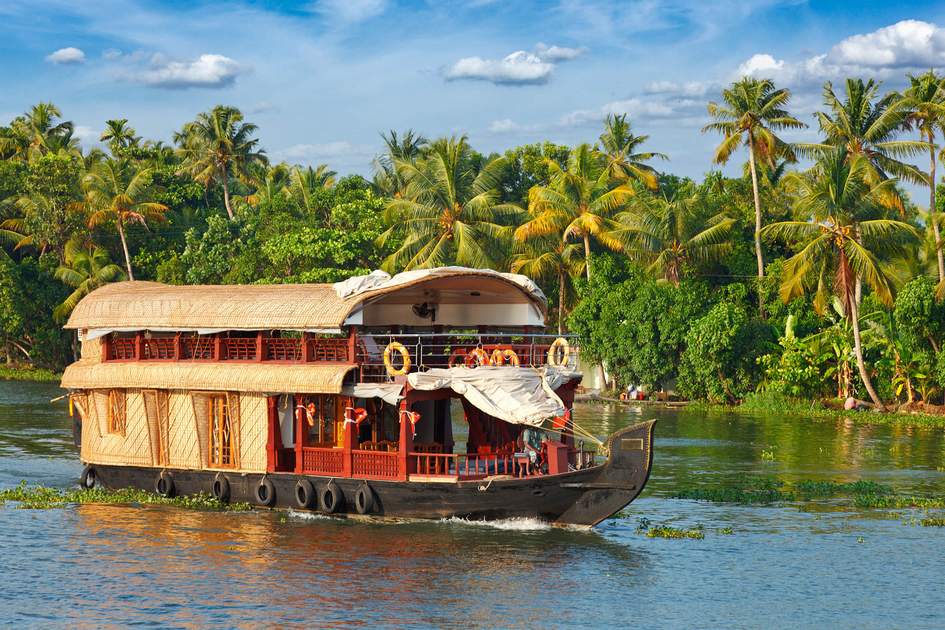 Kerala’s attractions are focused mainly in the south, within easy distance of the capital, Thiruvananthapuram, where the beautiful white-sand beaches attract streams of sun worshippers. Further north, the backwaters region forms a distinctive tropical environment, its canals and lakes screened from the coast by a wall of intense greenery. A fleet of converted rice boats cruise these idyllic waterways, allowing visitors to explore the area from towns such as Kollam and Alappuzha.

The backwaters peter out as they approach Kerala’s biggest city, Kochi (formerly Cochin). The narrow streets of the historic Fort Cochin district are lined by some of India’s oldest colonial buildings attracting visitors from all around the world, just as they did 400 years ago, when they formed the hub of India’s maritime spice trade.

Before the maharajas of the Travancore Royal Family shifted the capital to Thiruvananthapuram at the end of the 18th century, their principal palace lay 63km (39 miles) further south, across the modern Kerala–Tamil Nadu state border. Today, Padmanabhapuram is regarded as the finest surviving example of Keralan architecture.

This splendid fort and palace is set out around four courtyards. Inside, slatted screens and windows cast enchanting light into the carved rooms cooled with natural air conditioning created by inner courtyards. Murals adorn many of the walls and in several of the larger rooms, collections of antique furniture and miniature paintings are displayed. The palace museum houses a fine collection of murals, stone sculptures and beautiful woodcarvings. 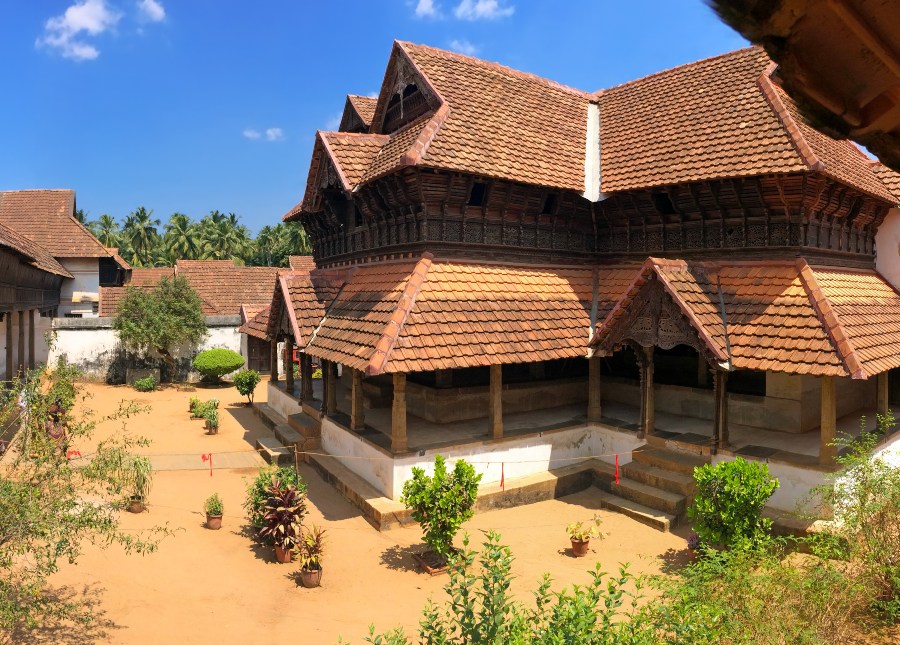 Among Kerala’s fine beaches, the best-known is Kovalam. The resort extends across the paddy fields and palm groves inland from a trio of separate coves, each with their own distinct character. Most foreign visitors gravitate to Lighthouse Beach, an arc of golden sand edged by palm trees and overlooked by the red-and-white striped Kovalam lighthouse. At night, the revolving lamp casts its beam across a strip of café-restaurants and the crashing surf to a horizon dotted with the lamps of inshore fishing boats.

A pleasant village with a fine sandy beach at the base of dramatic red cliffs, Varkala offers accommodation and a row of bamboo and palm-leaf cafés perched at the top of the craggy rock face. These are ideal spots to take in sunsets over the Arabian Sea, after days soaking up the sun, swimming and practising yoga. Though most visitors come for the beach, Varkala is also one of Kerala’s major Hindu pilgrim centres: guided by local priests, families immerse the ashes of recently departed relatives in the waves. 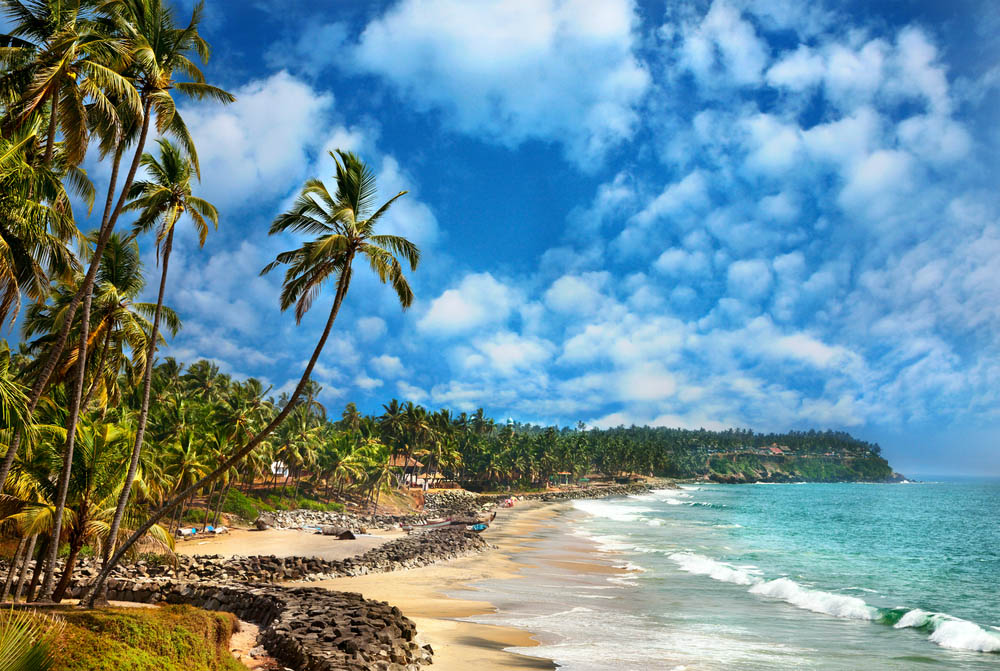 ‘It was warm, the water. Greygreen. Like rippled silk. With fish in it. With the sky and trees in it. And at night, the broken yellow moon in it.’ In these lines from her novel The God of Small Things, author Arundhati Roy evokes the reflective pace of life beyond the mainstream in her native Kerala. The state's backwaters are a tangle of brackish channels fed by rivers just inland from the Arabian Sea. Extending south from Kochi to Alappuzha, they make up a bustling tropical townscape interlaced by slender canals.

One of the most popular trips in the backwaters is the eight-hour cruise between Kollam, which serves as a gateway to the region, and Alappuzha (Alleppey). Two companies run the route: the State Water Transport Department and the District Tourism Promotion Council both of which have offices at Kollam’s main boat jetty where you can buy tickets. The boats depart in the morning and stop for lunch at Karunagapalli, where shipbuilders construct rice barges out of planks sewn together with coir rope.

Halfway through the journey, Aranmula is known for its ancient Hindu shrine, the Parthasarathy Temple. Equally unique is the boat ‘race’ held here every year on the last day of Onam (Aug–Sept) as part of the Vallamkali Festival. It commemorates the crossing of the river by Krishna, who is thought to be present in all the boats taking part, meaning they must all cross the finish line at the same time in deference to the deity.

Alappuzha itself is a bustling market town, set on a grid plan formed by intersecting canals. In colonial times, these formed an important link between the interior and the sea with goods transported via the backwaters en route to Europe.

Experience a cruise on the backwaters as part of Insight Guides' Magical Kerala trip.

Inland from the backwaters, the flat country is soon interrupted by low, wooded hills, which gradually steepen as they approach the Western Ghats – the highest mountain range in South India. Because it blocks the eastward advance of the monsoon, this chain of peaks soak up astonishing levels of rainfall between June and November. The result is one of the richest ecosystems on the planet.

Close to the border with Tamil Nadu, the Periyar Wildlife Sanctuary is one of India’s most visited. The reserve centres on a convoluted reservoir where, from the comfort of a boat deck, you can sight grazing herds of wild elephants, and even, on rare occasions, one of the 35 tigers (as of a 2017 count) that survive in the surrounding forests. 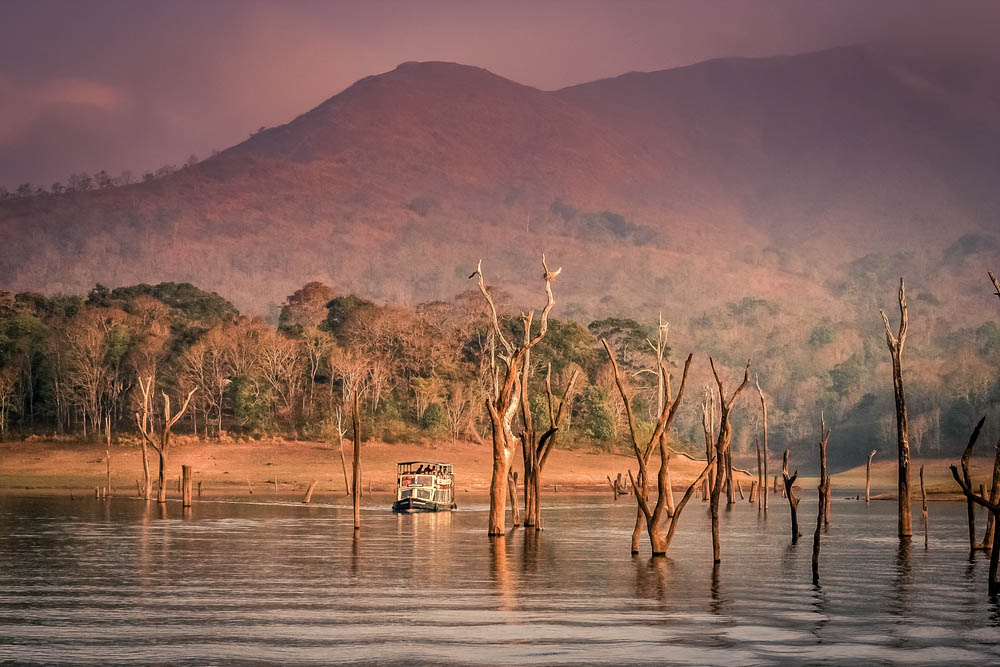 As the site of the Western Ghats’ most beautiful tea gardens, the town of Munnar fully deserves a couple of days out of anyone’s itinerary. The stiff-upper-lipped gentility of the Raj still very much holds sway at the famous High Range Club, on the south side of town. Here you can sip gin and tonics in a bar lined with hunting trophies and the dusty pith helmets of long-deceased British tea-planters. 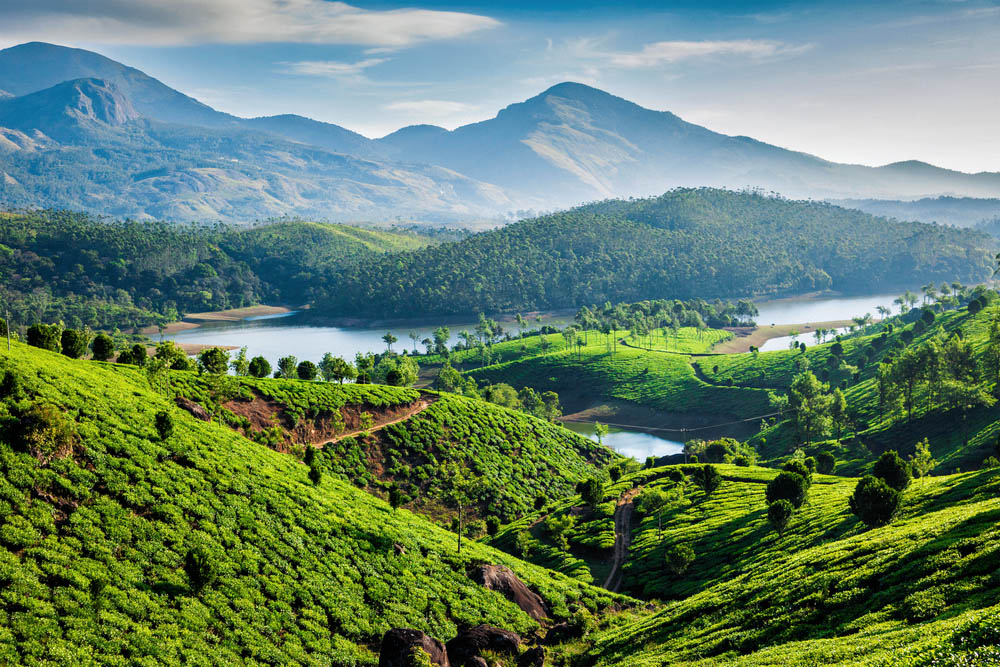 Not far from the tea station of Munnar, Eravikulam National Park sits high up near the watershed of the Ghats. The reserve is one of the last bastions of the Nilgiri tahr, a rare species of mountain goat that survives on the grasslands of the range’s upper-most peaks and ridges. The tahr was almost wiped out by hunters during the colonial era, but revived after American biologist Clifford Rice attracted herds to his camp using salt licks.

Kochi-Ernakulam (Cochin) is one of the most atmospheric old cities in the south of India. Ferries connect the surrounding islands to the southern peninsula of Fort Cochin, which is the most interesting area.

The 16th-century Mattancherry Palace was built by the Portuguese and later renovated by the Dutch, although its architectural style is Keralan. The palace interior features frescoes depicting Indian epics in extraordinary colors, including a series of 45 murals relating the tale of the Ramayana. In the heart of the Fort area, the oldest European church in India, St Francis’s dates all the way back to 1506. The Portuguese explorer Vasco de Gama died here, and was originally buried in the cemetery before his remains were moved to Portugal. 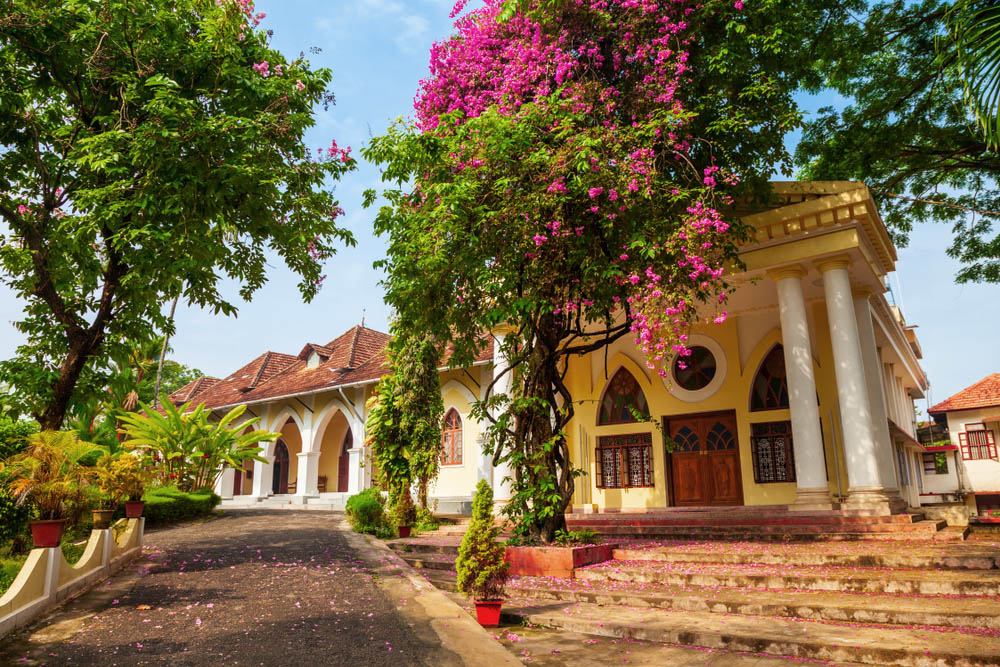 Jew Town, a settlement that dates back a millennium, still thrives with antiques and spice shops. The small Pardesi Synagogue is used by the diminishing Jewish community – most families have left for Israel. The synagogue is floored with blue and white tiles from Canton, no two of which are the same.

Fort Cochin's old colonial churches and warehouses recall the Portuguese, Dutch and British settlers with faded elegance, while the Chinese fishing nets that line the area’s northern shore hark back to the era when the harbour was jammed with massive junks from Canton. The nets are operated by a cantilevered system of counterweights and have become an attraction in their own right.

Insight Guides can help you plan and book incredible trips to India. Simply get in touch to let us know your ideas for the trip and when you would like to travel. Our local experts will then create a personalized itinerary especially, which you can amend until it's exactly how you want it before booking. You can browse our pre-planned itineraries for inspiration, and keep in mind that they can all be tailored to suit your specific needs.

On time for everything, we didn’t have any problem. Every transport was excellent. Our driver was excellent and nice (Vijay Kumar). We had two French guide in Agra & Varanasi who were great.

We have just completed a four week trip to India. We are used to travelling independently and this was the first time we have had a driver and guides. The local agent suggested an itinerary based on our initial thoughts, some of which were a little unusual. They worked hard to tweak things as we firmed our plan up. We could not fault the organisation on the ground from the moment we arrived in Delhi to leaving (and to be honest, I usually find something to complain about!). The local agent, Prem, made contact everyday to ensure everything was as expected and even accommodated a late change to our plans when in Varanasi. Price and service were impressive.