Travelling by railway in Ecuador and the precipitous Devil's Nose 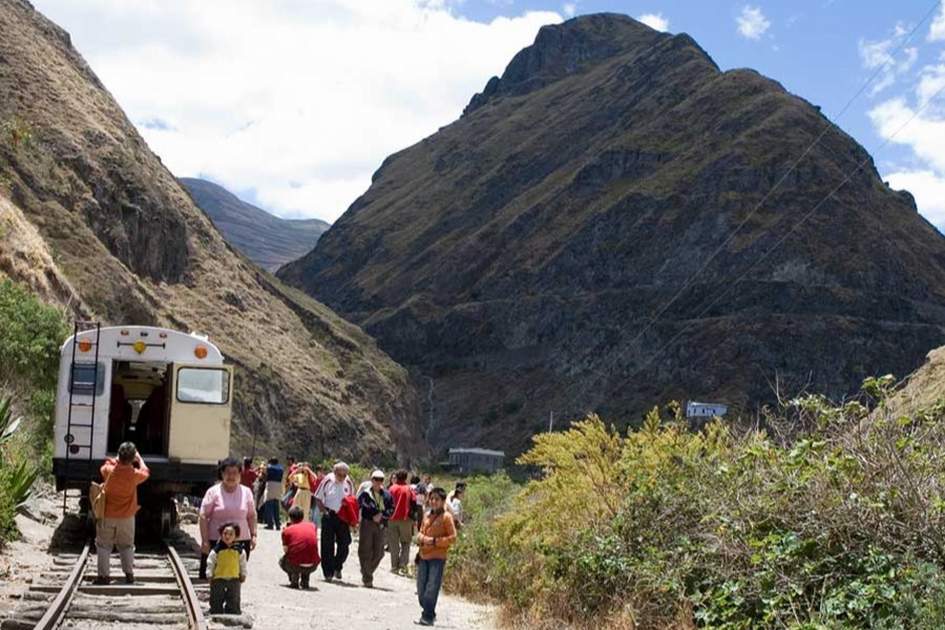 In their heyday, Ecuador’s railways were its life-blood. Today, road travel is the main means of transportation, and much of the rail network has fallen into disrepair, but there are still a few routes operating and amazing experiences to be had on the spectacular Devil's Nose switchback track.

Bringing back the railways

Ecuador has not turned its back on the glory days of rail of the early–mid-1900s, when the coast and the Andes were united by steam trains transporting goods and passengers. The current president Rafael Correa is a self-proclaimed rail enthusiast, and in 2007 he declared a “Railway Emergency,” announcing $283 million spending on the railways’ rehabilitation. Plans are under way to have the country’s main routes fully operational again; and this year the original Quito–Durán (close to Guayaquil) line (which includes the Devil's Nose) was the first of these to open.

Getting up the Devil's Nose

Train travel in Ecuador began in 1908, when the first train chugged its way into the Ecuadorian capital from the second city, Guayaquil. The opening of the Quito–Guayaquil line was a momentous achieve­ment that had taken 30 years, huge financial investment, and had cost many lives. The route was immediately acclaimed as one of the "great railway journeys of the world," reducing to two days a former nine-day trek along a mule path often impassable due to rain.

The most technically challenging part of this route – and the most thrilling part of the section that still operates today – is the rightfully world-famous Nariz del Diablo (the Devil’s Nose) between Alausí and Sibambe. This daredevil piece of engineering takes the train or autoferro plunging down the steep switchbacks of a precipitous descent crossing spindly bridges over heart-stoppingly deep ravines. There are frequent stops for passengers to get out and marvel at the spectacular views as well as the engineering. Several times the train has to reverse to negotiate a radical switchback. Clouds of diesel smoke add to the atmosphere.

Check www.tren­ecuador.com for the routes currently operating. Comprehensive train information can also be found at the Ferrocarriles del Ecuador office (tel: 02-3992 100; www.ferrocarrilesdelecuador.gob.ec) at Chimbacalle station on Quilotoa and Sangay, Quito. Private tour operators also occasionally run their own charter trains on some lines.

Despite the multi-million dollar upgrade it seems unlikely the train network will ever regain its former glory. Nevertheless, taking a rail journey in Ecuador is a wonderful way to travel.

This month we're posting a Panama-hat-ful of fascinating articles about Ecuador, including  trekking in Ecuador and the best national parks, a guide to the best islands to see in the Galápagos, Ecuador's vanishing rainforest, and the country's impressive volcanoes.