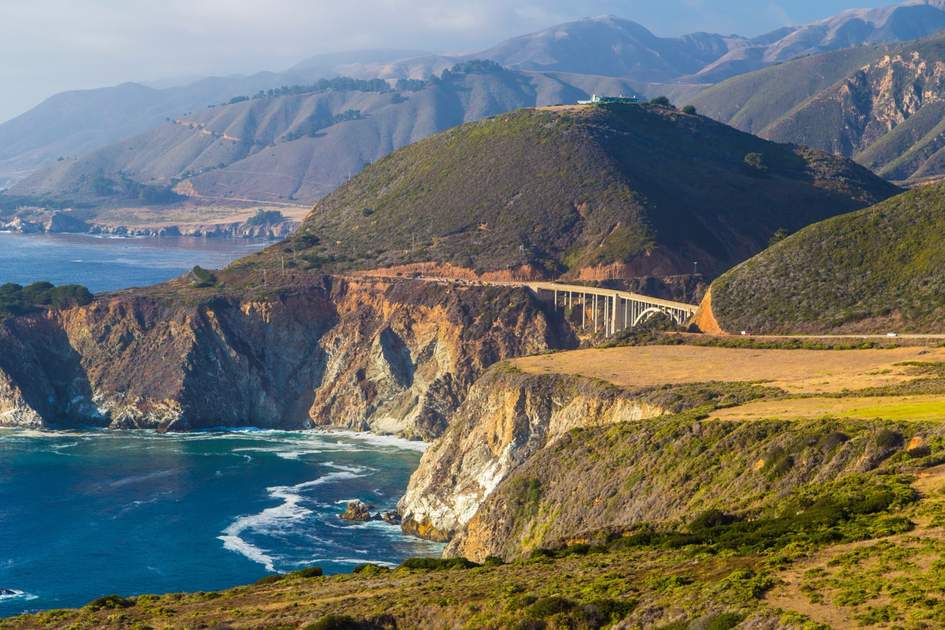 For the rest of our USA blog week, we are going to take a look at different road trip routes across the country, focusing on a different area each time. We’ll start with the Pacific.

California’s Highway 1 has a similar history to its famous companion, Route 66. Until 1909, it was a cramped, primitive track; then a concrete road was constructed to stretch from San Diego to Oceanside. This new road stimulated the rise of “car culture”, which spawned enterprises such as gas stations, car dealers, motels and diners.

Highway 1 made it possible for Hollywood stars and the wealthy to access its beaches, and lured the sober to Mexico’s Tijuana in search of a good time during Prohibition.

In 1925, the road was officially named US 101. Increased traffic was the beginning of the end; by the end of the World War II, a new four-lane highway, that would eventually become Interstate 5, bypassed the old route.

Fast forward to today, and the Pacific Coast Highway, also known as the El Cabrillo Trail, is a mixture of the old US 101, California Highway, and Interstate 5. Highlights of this route include Big Sur, Los Angeles,San Francisco and Portland.

Places of interest along the way 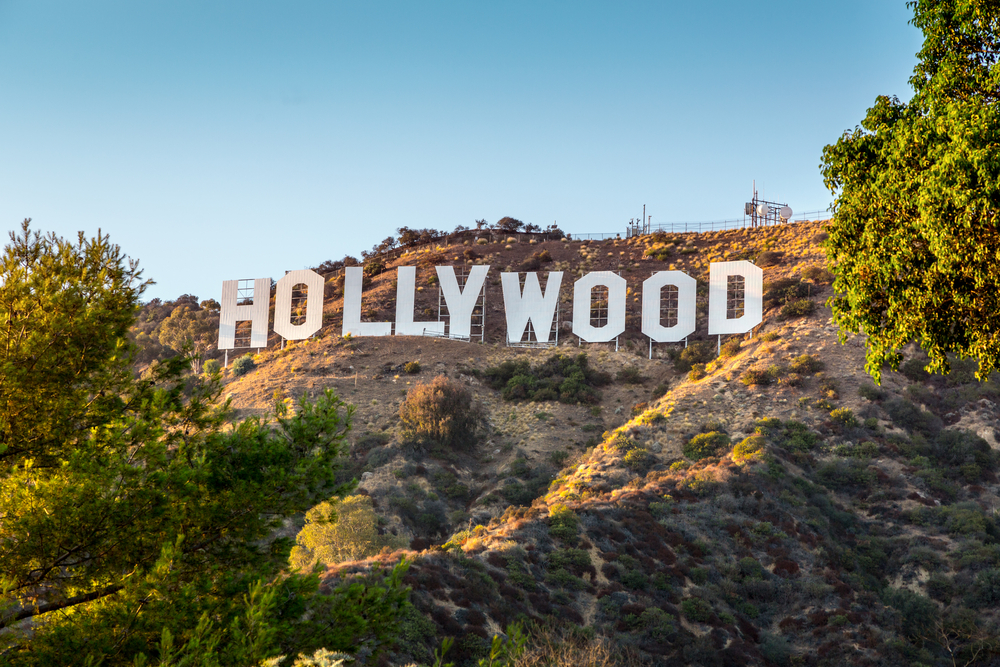 A massive urban centre of 18 million people, Los Angeles is by far the largest city in California. It’s a hip, trendy place packed full of street-side food carts, slick clubs and hipster dives. Film buffs will love the Hollywood and television show tapings. Sun worshippers certainly won’t be short of things to do either: Los Angeles wouldn’t be Los Angeles without the idyllic beaches. Los Angeles has long been a mecca for the young and hopeful, and continues to today.

A destructive 1925 earthquake that caused the the city to implement a policy to rebuild all building in Spanish Colonial−style architecture – white-washed walls, red-tiled roofs, and iron grillwork – has created arguably the most beautiful city on the California coast. The sparkling waters of the Santa Barbara Channel attract those who live a moneyed, laid-back life. 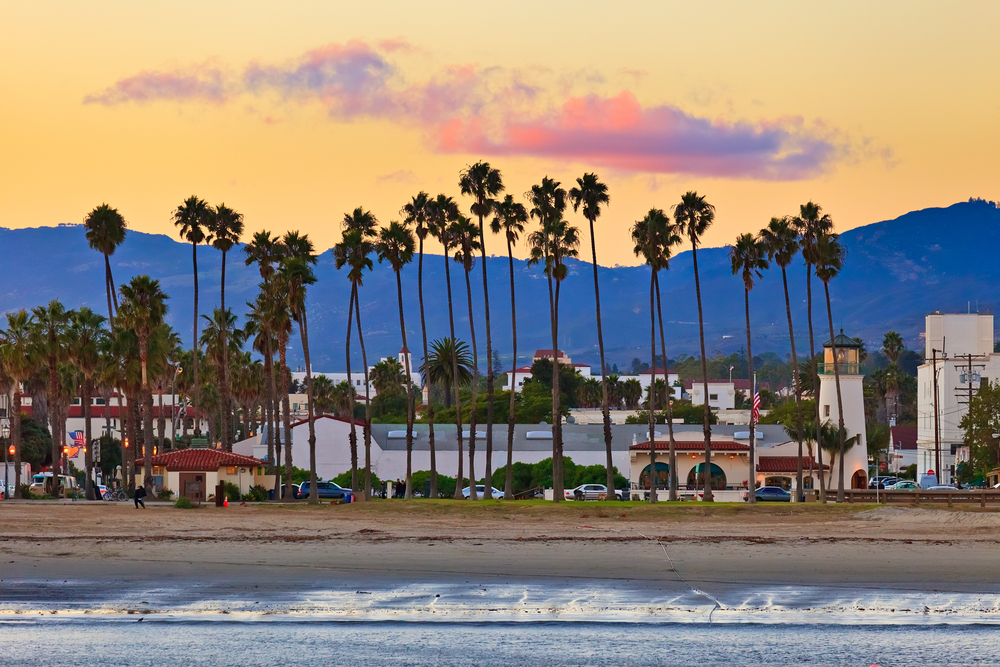 The 94-mile stretch of coast known as Big Sur is a legendary wilderness of holistic retreats and remote homesteads. Barely accessible by road until 1937, Big Sur is occasionally left in complete isolation, when the sheer cliffs of the Santa Lucia Mountains slide into the sea, taking the highway with it.

Without doubt one of the most beautiful, vibrant, and diverse cities on earth, San Francisco sits like a thumb at the end of a 32-mile peninsular. The city is comprised of seven hills surrounded by water on three sides. The Golden Gate Bridge attaches San Francisco with the mainland. Icons and attractions are plentiful: visit the original Beatnik enclave of North Beach and of course, take a boat trip to the notorious Alcatraz Island. 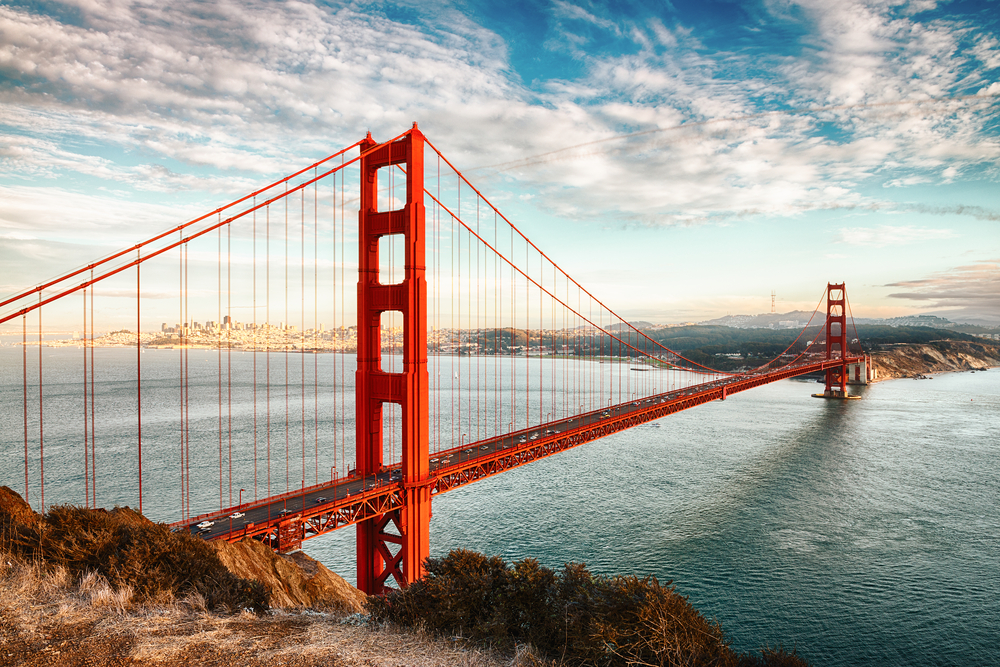 Portland is a city that has always prided itself on its eco-friendly image. The city’s efficient transit system features a 480-acre “Fareless Square”, where passengers can ride buses and the light railway for free. The city also boasts 247 parks and recreational sites, including 196 neighbourhood parks; the largest is the 6,000-acre Forest Park. Top art galleries in town include Portland Art Museum and the Museum of Contemporary Craft.

Interesting fact: Portland has more microbreweries and brewpubs than any other US city! 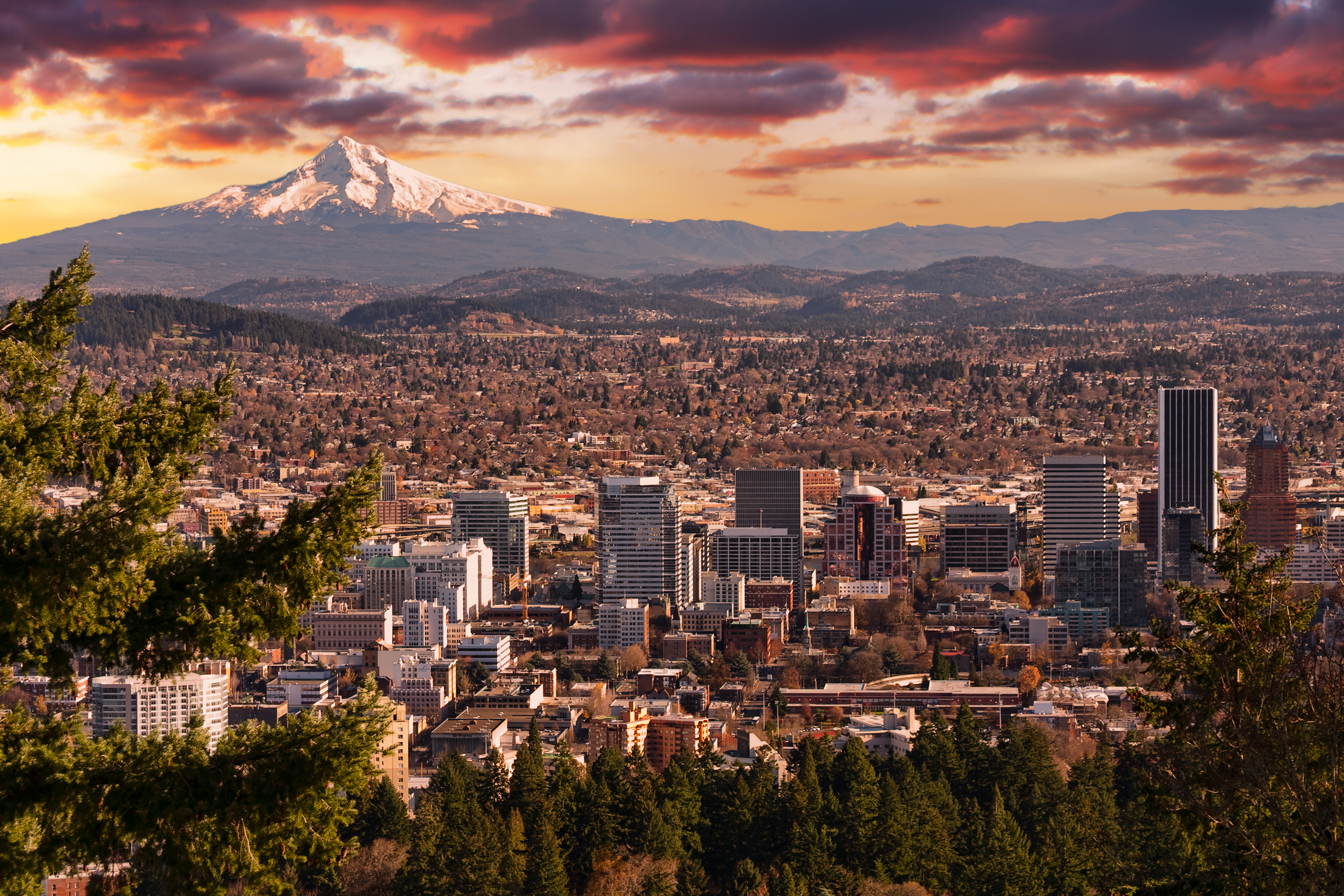 Insight Guides: USA On The Road is the aptly named, perfect companion for all of your road trippin’ needs! The guide includes information on sites, recommended routes, high quality images and detailed maps!