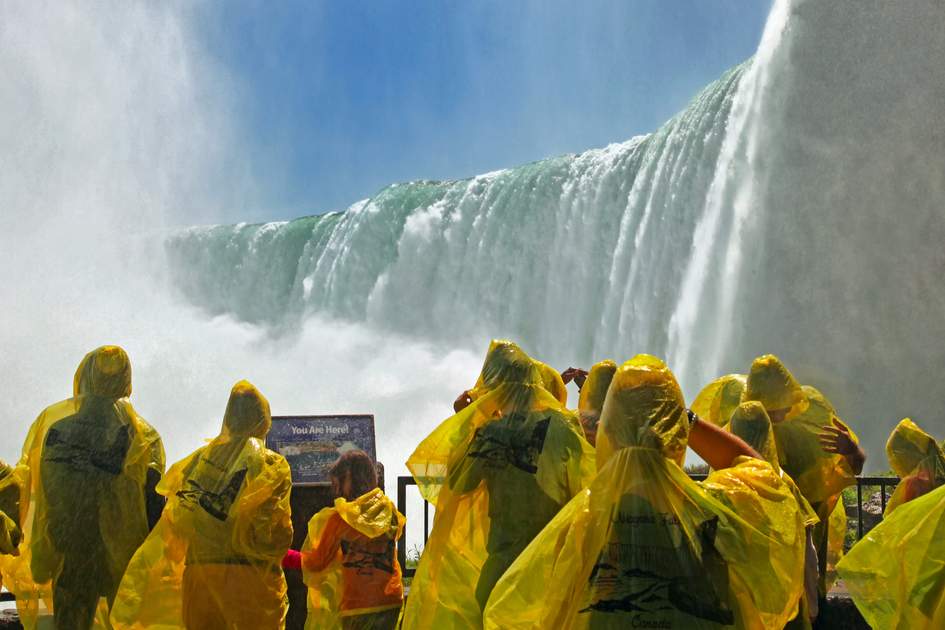 In this post, we explore the best road trip route across the north of the USA. On this route, you will experience a patchwork of farmlands, ranches, wilderness, declining industrial cities, national parks, along with many other constant reminders of the nation’s history.

The first part of this route is guided by water. From Boston, you’ll follow the Atlantic coast north, to New England.

The Great Lakes dominate the following section of the route, which includes Chicago.

From here to the thriving twin cities of Minneapolis and St Paul, the tour is never far from water, running beside the mighty Mississippi at one point. From Minnesota, you’ll cut across South Dakota, where the ethereal Badlands and Wounded Knee – a timely reminder of the nation’s brutal treatment of the native population – rise out of the prairie. The route through Wyoming and Montana passes the site of Lieutenant Colonel George Custer’s defeat at the hands of the Native American forces.

Moving on, the tour passes the Rocky Mountains and runs westward toward the Pacific Ocean, passing through Seattle. At the tour’s end, water is prominent again as you’ll experience America’s only rainforest.

Told you there were a lot of water references on this tour didn’t we? Previously known as America’s “Honeymoon Capital,” the town enjoys its status as an international tourist destination. In all honesty, there’s not much to see in the town: quite simply, the 3,000,000 litres of water plummeting from top to bottom each second are a wondrous assault on the senses and something that simply cannot be missed!

Perhaps the best way to experience the falls today is by donning your waterproof pullovers and taking a boat ride down river on the Maid of the Mist. 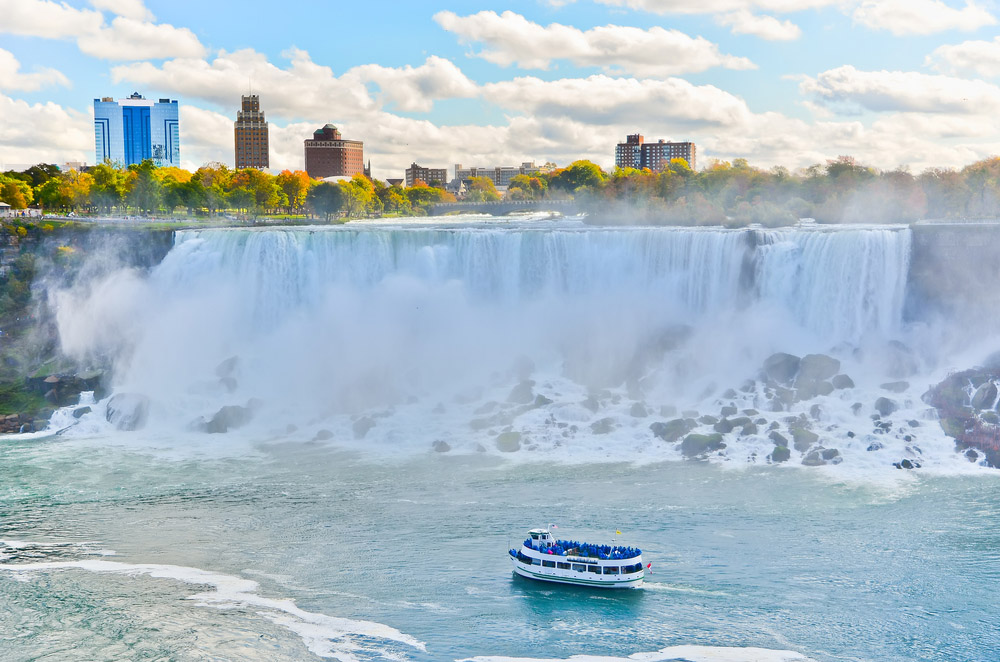 Broad-shouldered and big-hearted, Chicago has had plenty of highs and lows over the years. Back in 1871, legend has it a cow knocked over a lantern, starting The Great Fire Of Chicago. Subsequently, the city became the workspace of architects like William LeBaron Jenny, who invented the skyscraper. Today, the Willis Tower of Chicago, formerly the Sear Tower, is the second tallest building in the USA. The city is known as the Windy City, not for the weather, but for its rivalry with Cincinnati. Be sure to spend sometime in Wrigley Ville, the area that features Wrigley Field, the home of the Chicago Cubs. 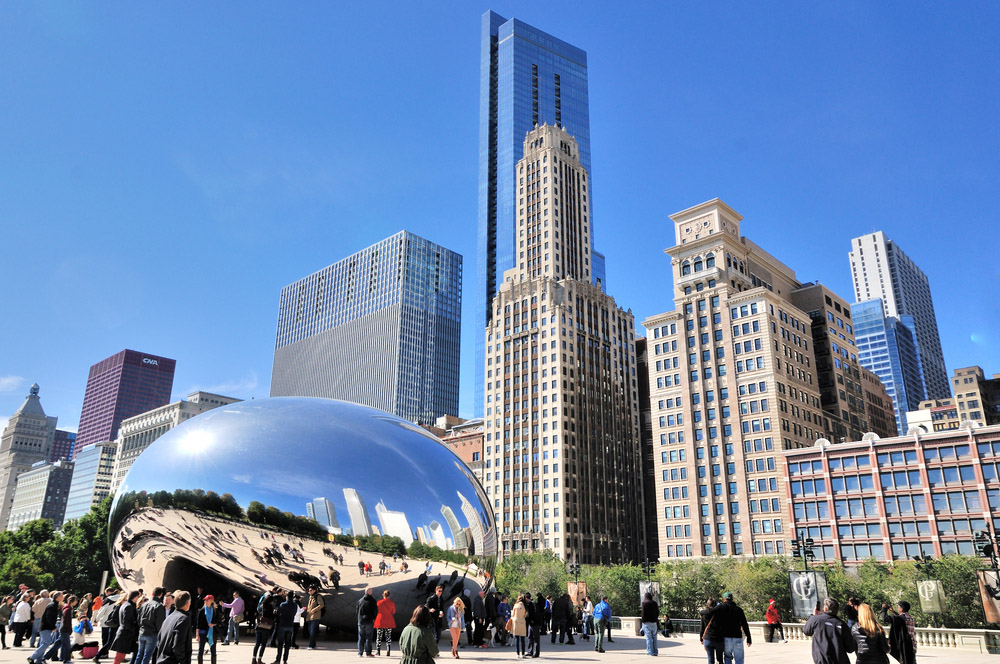 In the 1920s, Doane Robinson, who was the official historian of South Dakota at the time, was considering various projects to attract more visitors to the Black Hills. Eventually, he decided on the concept of a colossal mountain carving. Initially, his vision included legendary mountain men such as Jim Bridger, John Colter, and Kit Carson. However, as you probably know, more universally admired presidential subjects, including George Washington, Thomas Jefferson, Abraham Lincoln, and, later, Theodore Roosevelt, were eventually chosen for the Mount Rushmore National Memorial.

Have we inspired you to take a road trip? How about going a little further afield to Vietnam?

Both a symbol and a sanctuary Yellowstone National Park is located in the northwest corner of Wyoming. Interestingly enough, it was the world’s first national park, and in considered by many today as the most impressive.19th century painter Thomas Moran famously described the landscape as the “greatest concentration of wonders on the face of the earth,” and that its shapes and colours laid “beyond the reach of human art”. In addition to being one of the only natural habitats of the grizzly bear in the United States outside of Alaska, it is a hub of geothermal activity, with more than 10,000 thermal features. 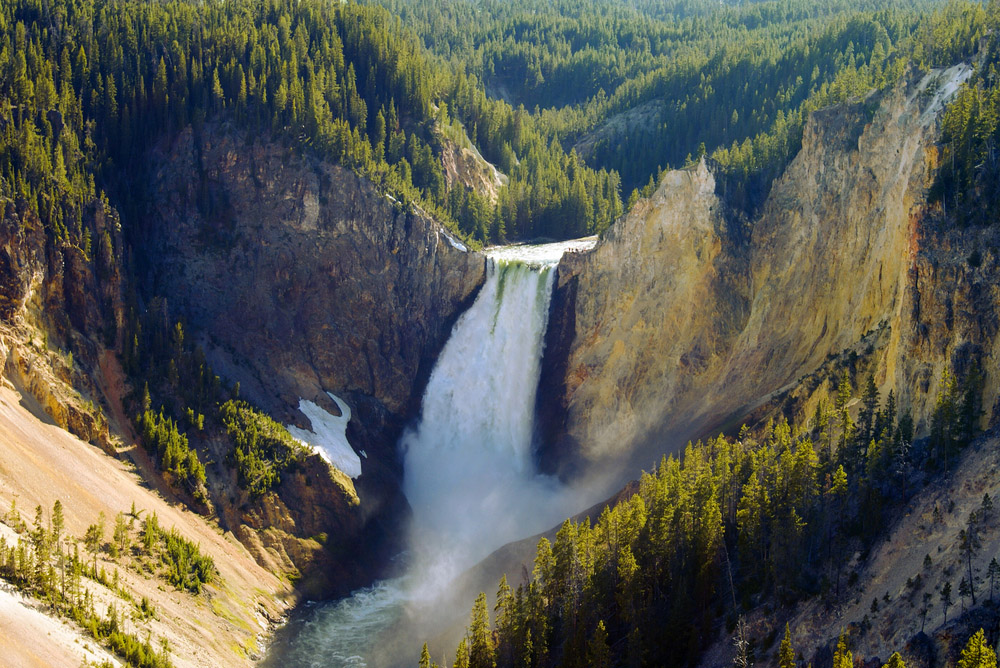 Insight Guides: USA On The Road is the aptly named, perfect companion for all of your road trippin’ needs! The guide includes detailed information on sites and routes, and features many maps!