What's for dinner on Thanksgiving? 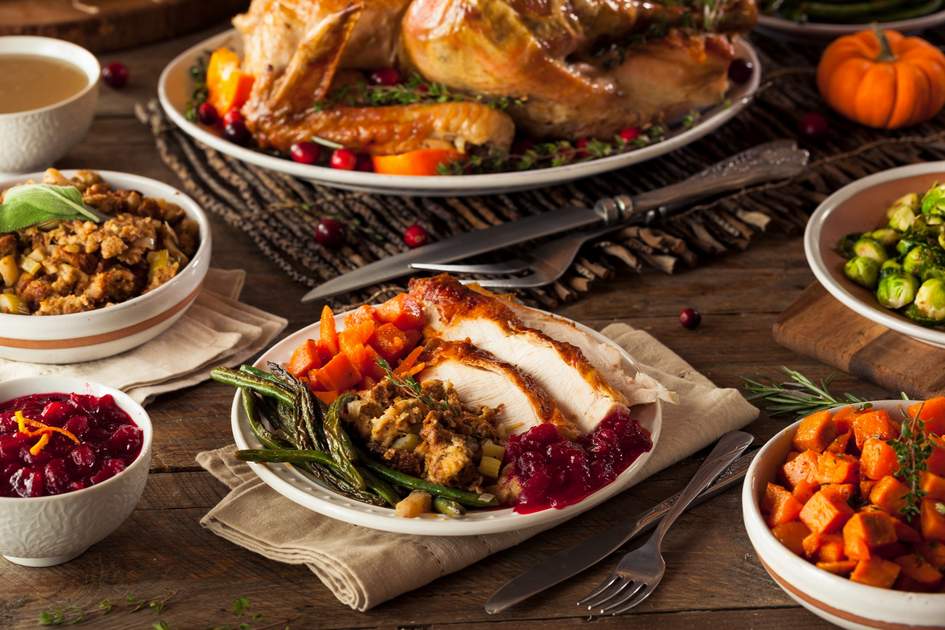 Thanksgiving celebrates the feast between the Pilgrims and the Wampanoag Indians in 1621, although it wasn’t until Abraham Lincoln nationalised the holiday in 1863 that turkey dinners became the norm on the fourth Thursday in November. Today, Thanksgiving and the subsequent Friday are public holidays in the United States – most Americans have a wealth of traditions for the day itself, ranging from parade attendance to religious football watching, while the day after is becoming internationally famous as "Black Friday,"when major brands hold discount shopping sales and the holiday shopping period kicks off. But despite all these distractions, Thanksgiving is ultimately all about the food. Read on to find out more...

It is likely that the first feast served up turkey, berries and pumpkin, which would all be recognised today, but lobster and clams were likely also on offer. The regional specialties of New England have taken centre table in the Thanksgiving tradition, but many places in the United States add their own flavours to the meal with unique side dishes. In the mid-Atlantic region, sauerkraut is a local specialty, while on the west coast many think that the Dungeness crab is the perfect pairing with traditional stuffing. Corn bread is ubiquitous in the South, while most Midwesterners won’t consider sitting down to a Thanksgiving dinner that doesn’t include green bean casserole.

Of course, modern tastes affect the menu choice as much as tradition, and many Thanksgiving dinners take into account dietary restrictions. The 'tofurkey' is now a popular alternative for those looking to minimise their intake of tryptophan. On the other end of the spectrum is the 'turducken', which consists of a chicken stuffed inside a duck, which is then stuffed inside a turkey. Talk about fowl overload!

While pumpkin pie will always reign as the Thanksgiving dessert king, sweet potato pie is quickly gaining ground, particularly in the South.  And in the Pacific Northwest, where there is a surfeit of fresh fruit, berry and fruit pies also grace the table. Regardless of how you end your meal, be sure to spare a thought for those who first sat down together to break bread in the spirit of thanksgiving.

What do you eat for Thanksgiving dinner?

Are you a turkey purist or is it all about the pumpkin pie? Let us know on Twitter @InsightGuides or on our Facebook page