17 of the world's most jaw-dropping natural wonders

Planet earth has no shortage of natural wonder. If you're running low on inspiration, let us top you off with these examples of Mother Nature at her best. Read on for 17 natural phenomena sure to leave you awe-struck. 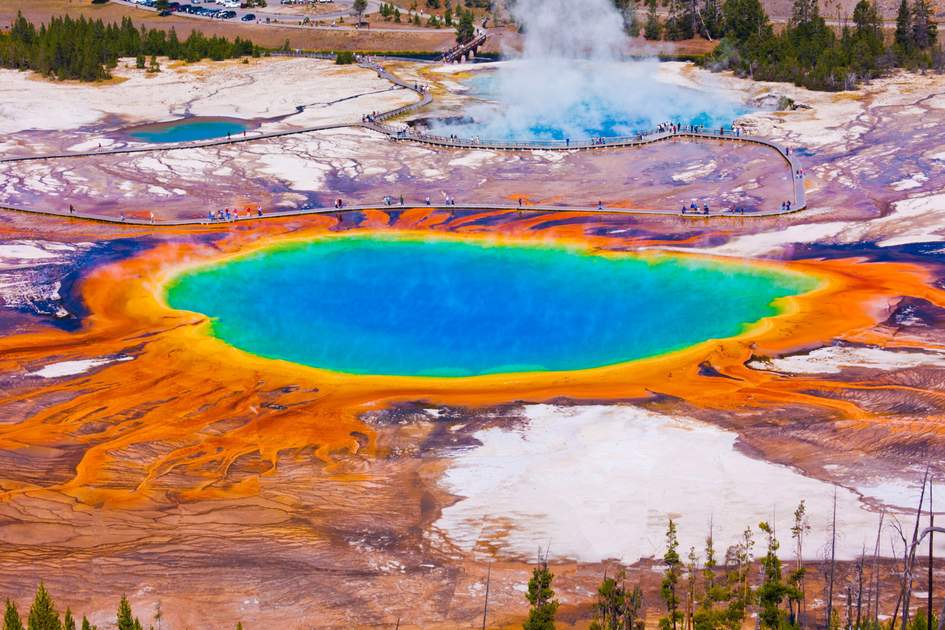 Planet earth has no shortage of natural wonder. If you're running low on inspiration, let us top you off with these examples of Mother Nature at her best. Read on for 17 natural phenomena sure to leave you awe-struck.

1. The Door to Hell, Turkmenistan

The nickname for the Darvaza Crater—otherwise known as The Door to Hell—seems about right. This blazing fire has been burning for over four decades in the Turkmenistan desert, making it a literal tourist hot spot in the process. The sizzling hole is believed to have been caused by a Soviet drilling expedition that went awry, reports National Geographic. (The details remain unclear.) The story has become an urban legend of sorts, which only makes it all the more fascinating.

Calling all trekkers: The South Kaibab Trail is both a natural wonder and a hiker's paradise. The path, which stretches six and a half miles, provides epic, panoramic views of the Grand Canyon. The bulk of the walkway is set on a slender ridge that snakes all the way to the iconic Skeleton Point. Just be careful; the National Park Service warns that the South Kaibab Trail is considered a strenuous trek that should be approached with caution. Still, the views may be worth it.

Nowhere else in the world will you see mountaintops like these. Tucked away in China's Zhangye Danxia Landform Geological Park, it only seems fitting that this natural wonder has been nicknamed the "Rainbow Mountains." According to Gizmodo, this UNESCO World Heritage Site (which is reportedly millions of years in the making) is made up of a vibrant mix of minerals and sandstone gloriously smashed together by shifting tectonic plates. The result is nothing short of astounding.

Ready to discover the wonders of China for yourself? Our local experts are ready to plan your private adventure from start to finish. What are you waiting for? 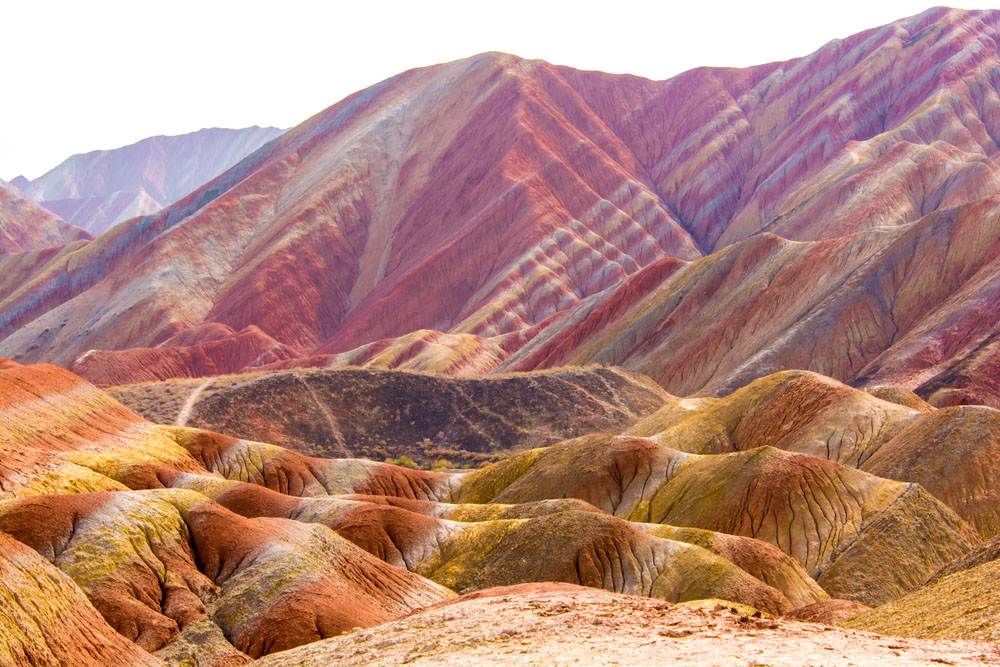 The Great Barrier Reef is a stunner, showcasing natural beauty at its best. Stretching an incredible1,429 miles of Australia's northeastern coast, the plunging, sapphire waters of the Coral Sea are bursting with exotic marine life that has to be seen to be believed. But this natural treasure is also under great threat. As The Guardian reports, protecting the Great Barrier Reef from further damage is of global importance.

This limestone cave looks more like Princess Elsa's ice fortress than Mexico. The famous "Cave of Crystals" boasts enormous natural fixtures that are simultaneously surreal and dazzling.  Located just south of Chihuahua in the Naica mine, the cave's entrance resides in the depths of the earth; nearly 1,000 feet beneath the surface. If you can endure the intense heat and humidity, what awaits you there is a natural wonder unlike anything else - a hidden crystal palace.

Get your adventure on in Mexico. Our local experts can create a tailor-made, private getaway just for you. Are you ready? 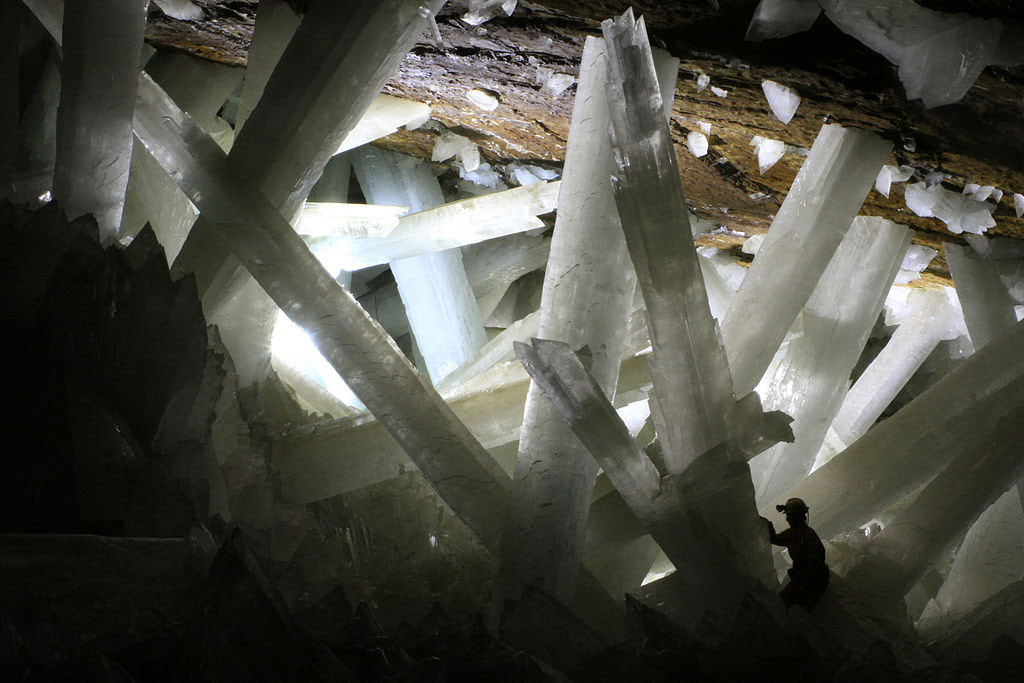 If you're a winter sports buff, you may want to put Fox Glacier on your list. Located on New Zealand's South Island, this remote natural gem boasts emerald-blue ice caves and powder-white dunes that stretch as far as the eye can see. Guided tours cover everything from overnight heli-treks to icy climbing adventures in the chilly wilderness. Fox Glacier, along with Franz Josef Glacier, are located in Westland National Park. Equally remarkable, they both penetrate the lower forest.

Anything that's been nicknamed the "River of Five Colors" has got to be worth seeing. Caño Cristales certainly lives up to the name. This glittering natural wonder is positively bursting with vibrant pops of color; from deep reds to bright yellows to subdued violets. (The surrounding waterfalls only make it all the more enchanting.) The short-lived phenomenon only occurs in between the wet and dry seasons, typically from September to November.

There's a reason Halong Bay is one of the natural wonders of the world. This tranquil bay in northern Vietnam sports more than 3,000 rocky outcrops and limestone islands that seem to burst from the sea; nearly all of them uninhabited. This makes for a dramatic (almost mystical) view, with hidden grottoes waiting to be explored. Halong Bay, located about three and a half hours from Hanoi, is best discovered between April and October, before the kickoff of typhoon season.

Let us whisk you away to Halong Bay... 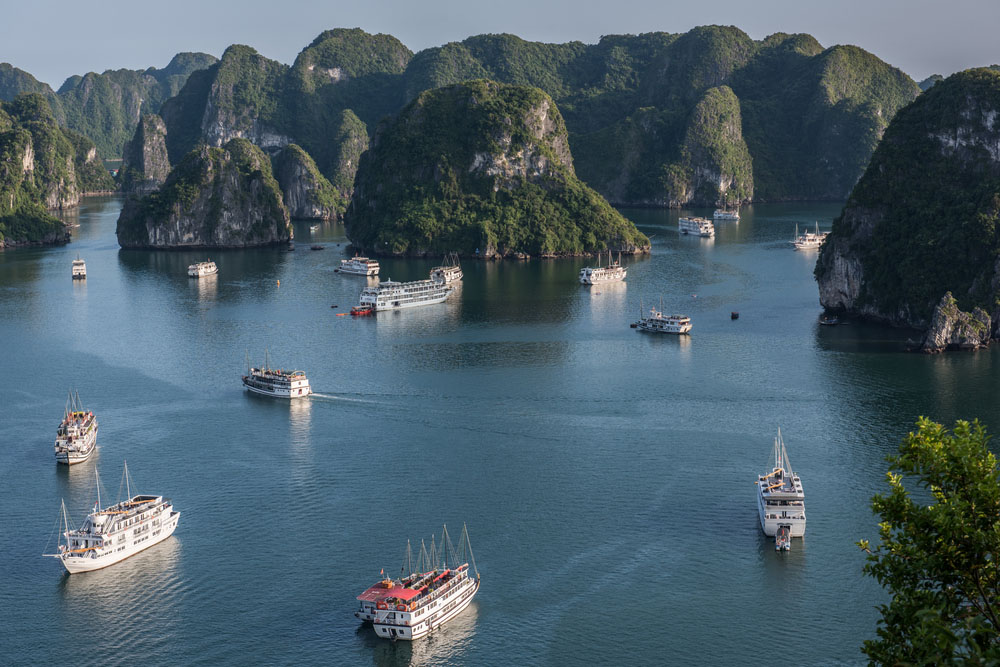 This natural wonder needs little introduction. The Everest Base Camp is the ultimate goal for serious hikers. But the world's highest peak doesn't come without some serious risk. As CNN reports, every year since 1900 has seen at least one person perish while climbing Everest in Nepal. Attempting to hike this formidable mountain is probably too much for most tourists. Luckily, Everest is just as enchanting from afar; a trip through Nepal should scratch the itch.

Read more: How to prepare for trekking in Nepal

The Northern Lights have long been captivating scientists, travelers, mystics, and revelers of all stripes. The breathtaking natural light show occurs when electrically charged particles from the sun interact with the earth's magnetic field. The result is an astrological phenomenon  that actually occurs on both of the earth's poles; the southern lights actually mirror what we see in the north. As for the northern hemisphere, Canada, Russia, Iceland and Greenland are among the best places to catch sight of them. 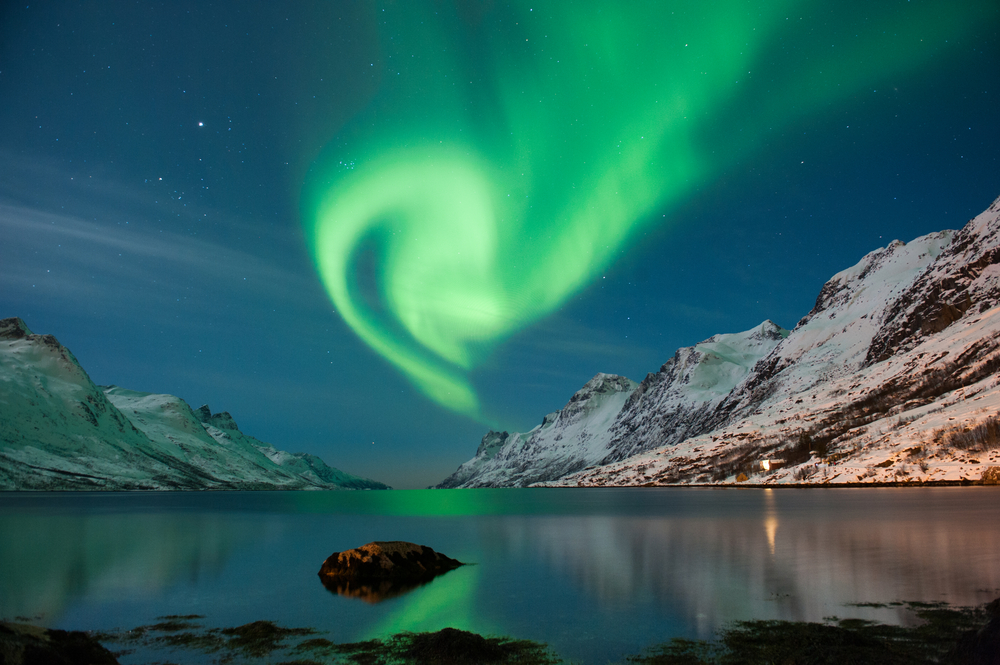 Trinidad and Tobago boast more than white-sand beaches. The Gasparee Caves, located on Gaspar Grande Island, are equally (if not more) appealing. This intricate system of limestone caves is best known for the Blue Grotto—nestled 100 feet underground and home to a mystifying pool of clear water. According to Destination Trinidad & Tobago, a delicate mix of waves and acid rain created the caves over the course of millions of years.

The Dead Sea, it turns out, couldn't have been better named; it contains no life whatsoever. It's the most saline body of water on the planet, located about 1,300 feet below sea level in Israel. Surrounding the Dead Sea is another spectacular archeological site: The rugged and towering rock of Masada. It was here that Herod the Great seized an existing fortress to hide from his rebellious subjects in 43 B.C. Today, it's a celebrated ancient site that overlooks the Dead Sea. 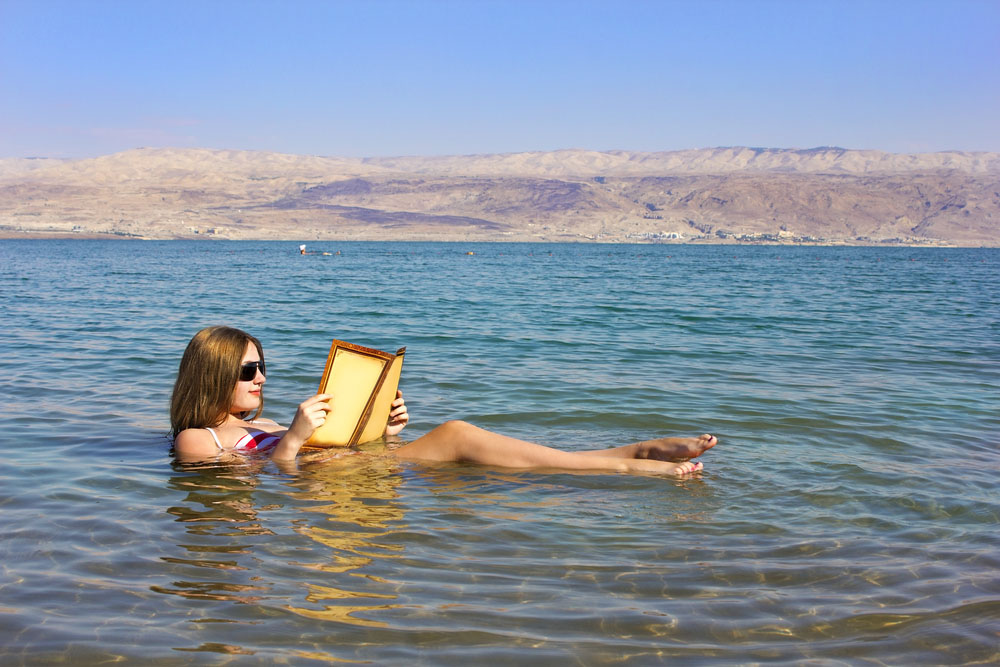 The Richat structure (a.k.a. the Eye of the Sahara) has been a global landmark for space explorers for quite some time. But exactly how this circular "eye" was formed remains a mystery. As New Scientist reports, some experts speculate that a meteorite impact had something to do with it; others think it's the result of a long-ago volcanic eruption. In the meantime, this gorgeous natural wonder has come to be a point of beauty in an otherwise remote stretch of desert. 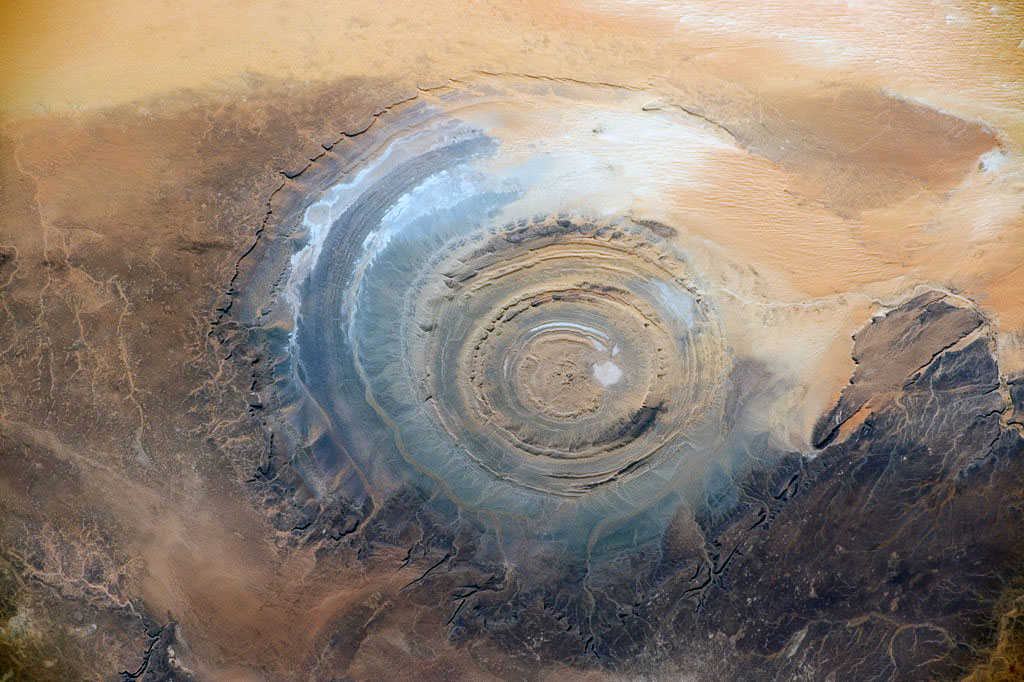 Eye of the Sahara. Photo: NASA

The unreal views from Moraine Lake look as if they've been Photoshopped. The truth is that it's just that beautiful. The water itself rests in Alberta, Canada's Valley of the Ten Peaks, resulting in a background of jagged mountaintops and the kind of raw, outdoor beauty that awes and inspires. When Lake Moraine reaches its crest, the shade of blue reflected back looks more like the Caribbean than Canada. The view is even more dazzling from above.

If this geological masterpiece doesn't leave you speechless, we're not sure what will. Rising out of the waters of Lake General Carrera near Patagonia, are the Cuevas de Mármol. These floating marble caves give off a spectacular shade of blue that actually morphs and changes with each season, alternating between deep cobalt and bright turquoise. Getting there is no easy feat; it's about as off the beaten path as you can get. But the once-in-a-lifetime experience just might be worth it. 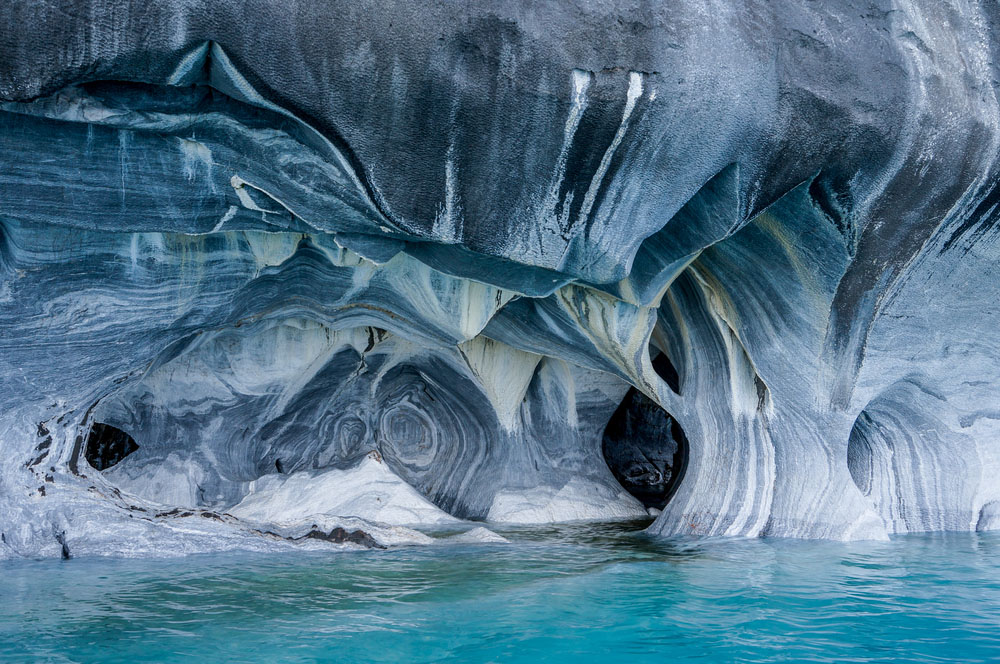 Grand Prismatic Spring is the biggest hot spring in the United States—and a sight like no other. A unique mix of bacteria provides an explosion of color that's made it one of the most popular attractions at Yellowstone National Park. Approximately 300 feet wide and almost 200 feet deep, this smoky natural pool can reach temperatures of up to 160°F. While Grand Prismatic Spring's colors are indeed alluring, think twice before getting too close; trespassing will get you into hot water with the law. (No pun intended.)

The Great Barrier Reef isn't Australia's only natural wonder. Ayers Rock, also known as Uluru, is another example of Mother Nature outdoing herself. The gigantic sandstone rock (and World Heritage site) is an iconic landmark near the center of the continent. As the folks at Red Bull report, the area was first inhabited by the Anangu people, who called the massive formation Uluru. It wasn't until 1873 that explorer William Gosse also stumbled upon it, naming it Ayers Rock (which explains the two names). The site has since remained a cultural touchpoint in Australia. 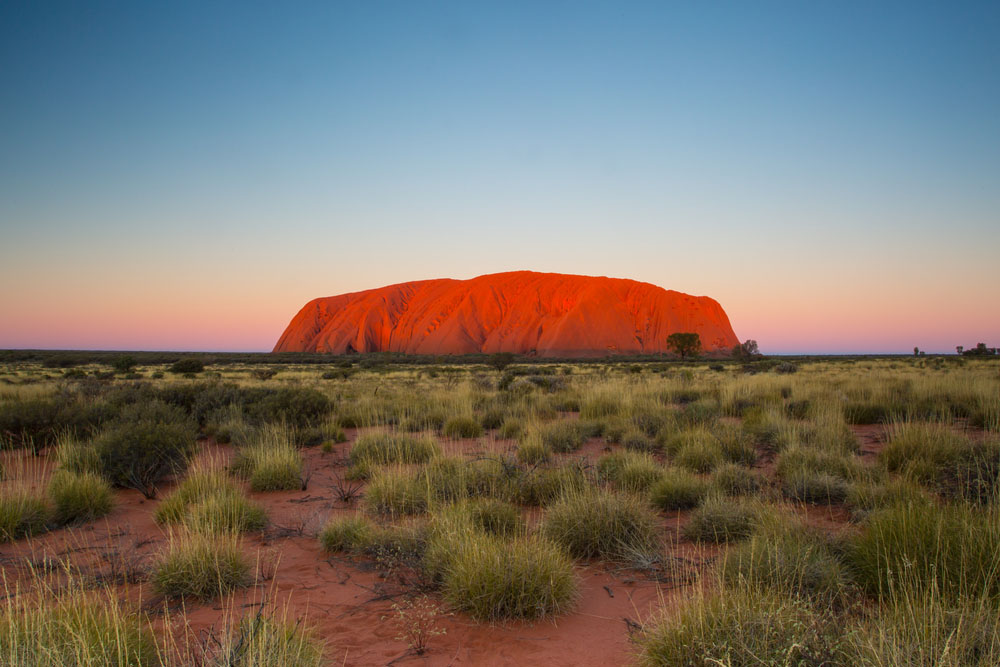 Read up on more incredible locales: 20 most Instagrammable places in the world

Start planning your summer vacation: Where to go in June, July, August