Sri Lanka’s north is one of the country’s most captivating areas. From the remote city of Jaffna to windswept Mannar Island, it is still distinctly off-the-beaten-track – making now the perfect time to visit. Here are 5 of the must-see destinations in the north of Sri Lanka. 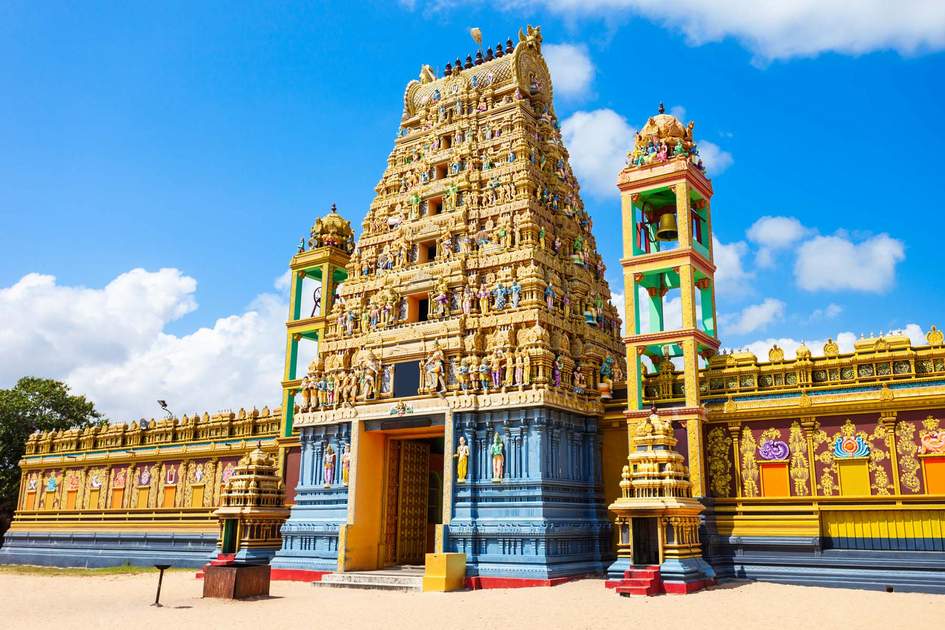 A decade after the end of the civil war in Sri Lanka, which ravaged vast areas of the north of the island, the massive task of reconstructing and rehabilitating the region is now largely complete. The majority of the shattered towns and villages have been rebuilt, new highways constructed and rail links opened. Most refugees have been able to go back home and reports suggest that the entire region should be declared free of landmines by the 2020.

In addition, travel throughout the region is now entirely unrestricted. Jaffna remains as vibrant as ever, while Mannar Island is also emerging as a fledgling tourist destination, with excellent birdwatching, superb kitesurfing and some of Sri Lanka’s most memorable coastal landscapes. Here is our guide to the best destinations in Sri Lanka's north.

Many visitors to Sri Lanka’s Northern Province head straight for Jaffna, but that means missing out on the charming sights of the region’s southwest. Instead, it’s worth first taking the A14 highway from the town of Medawachchiya northeast to explore remote Mannar Island (see below; also accessible by rail).

Around 40km beyond Medawachchiya, a side road leads to Madhu. The church here is one of Sri Lanka’s most important pilgrimage sites for Christians, who come to visit the Our Lady of Madhu statue – she is said to provide protection from snakebites. 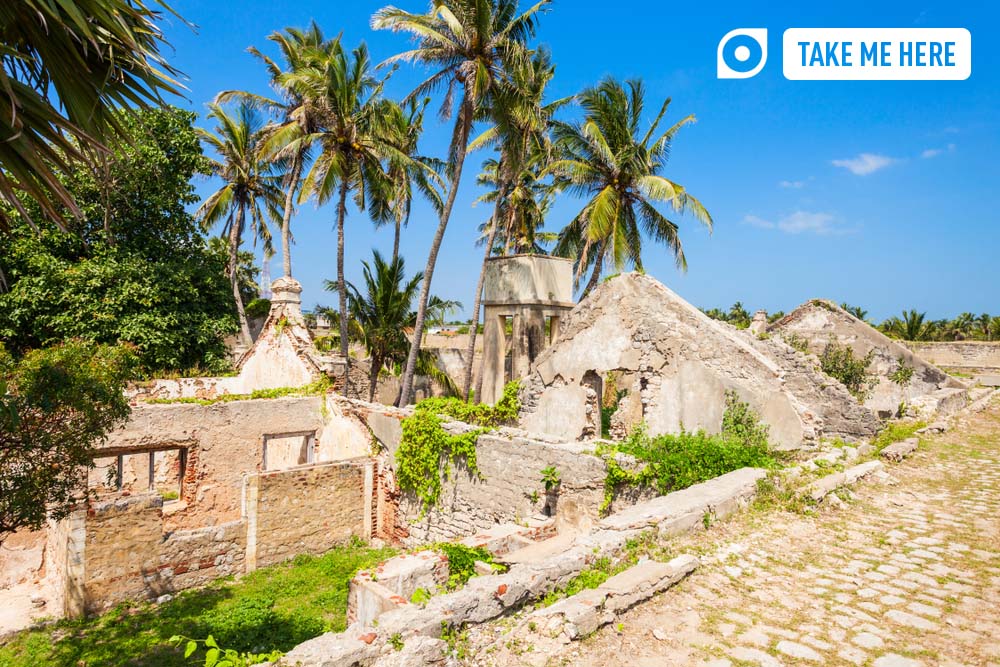 Past Madhu, the road skirts the edge of the aptly named Giant’s tank and the birdlife rich coastal flats of the Vankalai Sanctuary before reaching the dramatic causeway which sweeps across the waters to reach Mannar Island. At the far end of the causeway, the workaday town of Mannar preserves the substantial remains of an old waterside fort, built by the Portuguese in 1477, while its dusty streets are home to a remarkable number of wild donkeys. These are said to be the descendants of animals originally brought to the island by Arab traders, who are also credited with planting the enormously old and fat baobab tree (almost 20 metres in circumference) which can be seen on the edge of the town.

Beyond here stretches Mannar Island, a skinny finger of land pointing towards nearby India, some 30km (20 miles) long, but never more than 6km (4 miles) wide. The beautiful landscapes here look quite unlike those on the mainland, the result of the island’s unusually arid climate, its sandy soil dotted with dense stands of distinctively spiky palmyrah palms, backed by sweeping sea views. The island is attracting growing numbers of birdwatchers thanks to the number of rare migrant species found here en route to or from India, while kitesurfers are also beginning to arrive, drawn by the area’s watery expanses and world-class winds.

Jaffna is a lively city and a bastion of Tamil culture. The town was repeatedly fought over between 1989 and 1995, suffering widespread destruction in the process. However, it remained under Sri Lankan Army control from 1995 until the end of the fighting, so mercifully avoided the damage visited on other parts of the north during the later stages of the war.

The capital of Tamil culture feels a world away from the Sinhalese south. It is a scintillating mix of old-world charms and the buzz of modern life. Tamil music emanates on the streets and towering Hindu temples pepper the streets, while the almost complete absence of Sinhala writing on shopfronts and signs adds a further sense of novelty and strangeness for those who have spent time in other parts of the island.

Jaffna’s Dutch Fort saw serious military action during the civil war: in 1990, marooned members of the Sri Lankan Army were forced to hole up inside it for three months, surviving intense bombardment by LTTE forces until finally being rescued. Sadly, the pounding it took during the siege finished off the old Dutch buildings inside, including the historic Great Church (Groote Kerk). The surviving sections of the fort have now been comprehensively restored, with fine views over the surrounding streets and adjacent lagoon from its lofty bastions, although there’s not much to see apart from huge piles of rubble – all that’s left of the buildings destroyed in the war.

The city’s most impressive sight, however, is striking Nallur Kandaswamy Temple. The greatest Hindu Temple in Sri Lanka, this ornate structure, with striped red and white walls, is where the Nallur Festival is celebrated. This buoyant celebration runs for almost an entire month every summer, culminating on the Poya day in August. 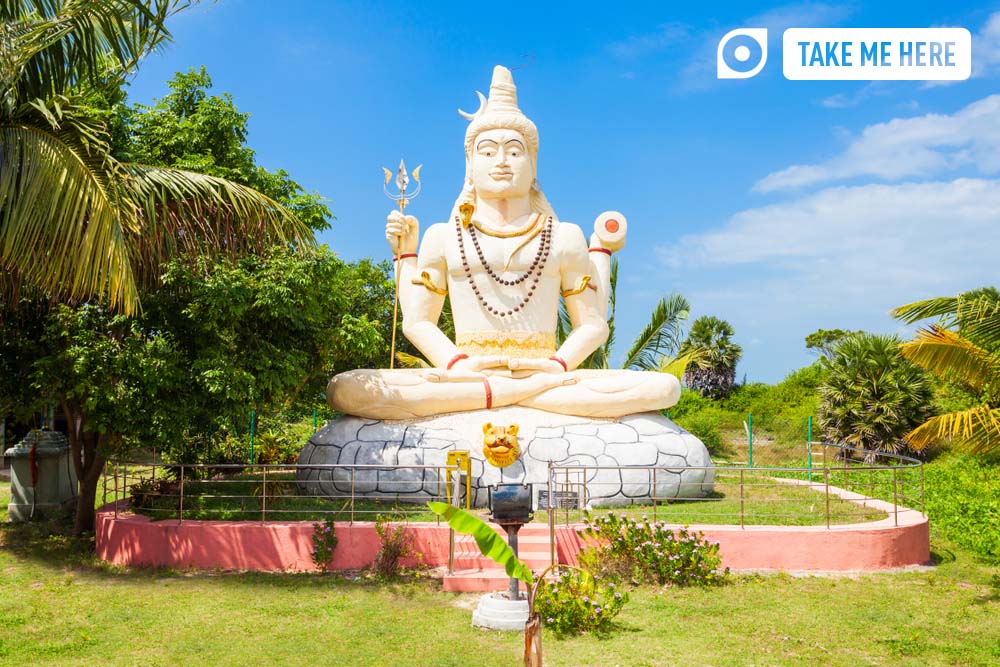 The Jaffna Peninsula, located at the very north of Sri Lanka, has some small-scale sights well worth exploring. At Kantharodai, 10km (6 miles) north of Jaffna, a cluster of miniature stupas, none higher than a few metres, sit together in a small clearing. Further north of here, two of the many grand Hindu temples that grace the peninsula – the Naguleswaram and Maviddapuram – lie close to one another. Both temples were severely damaged in the civil war but are now largely reconstructed. Just past here on the peninsula’s northern shore, are the popular hot springs at Keerimalai, famed for their therapeutic properties.

Further low-key attractions cluster around the busy town of Point Pedro, at the far northeasten tip of the Jaffna peninsula. Here you’ll find the Point Pedro Lighthouse, the small town of Valvettiturai, the strange Manalkadu Desert and Vallipuram, home to another of the peninsula’s impressive Hindu temples.

A series of islands dots the waters to the west of Jaffna and onwards towards India. Kayts, Karaitivu, Punkudutivu, Nainatiu and Delft all make a trip worthwhile. Kayts is the largest of the lot, with pretty St James Church – newly restored after wartime damage – and waterfront views of the old Dutch Hammenhiel Fort (now converted into an upmarket hotel run by the Sri Lankan military), seemingly floating in the middle of the waters dividing Kayts from the neighbouring island of Karaitivu. Karaitivu is home to the peninsula’s most popular beach, Casuarina Beach, with fine golden sand and safe swimming; Nainativu claims two significant shrines; while lonely Delft has a bleak and sweeping landscape certain to capture the imagination.

Ready to take a trip to Sri Lanka?

Our local experts can plan wonderful trips for you in Sri Lanka. Simply get in touch, letting us know when you'd like to travel and your ideas for the trip. We will then create a personalised itinerary especially, which you can amend until you're totally happy with every detail before booking. Browse our existing itineraries for inspiration, and remember, all of our planned itineraries can be tailored to meet your specific needs.

We will definitely recommend Umesha's service. We had a truly special experience, especially the tree hut. Our guide was a very kind person.