7 Reasons Your Next Trip Should Be to Jordan

If you're looking for adventure, Jordan has heaps of it: imagine rolling desert landscapes, spectacular Red Sea reefs, monumental Petra, and plenty more. Here are 7 good reasons to go... 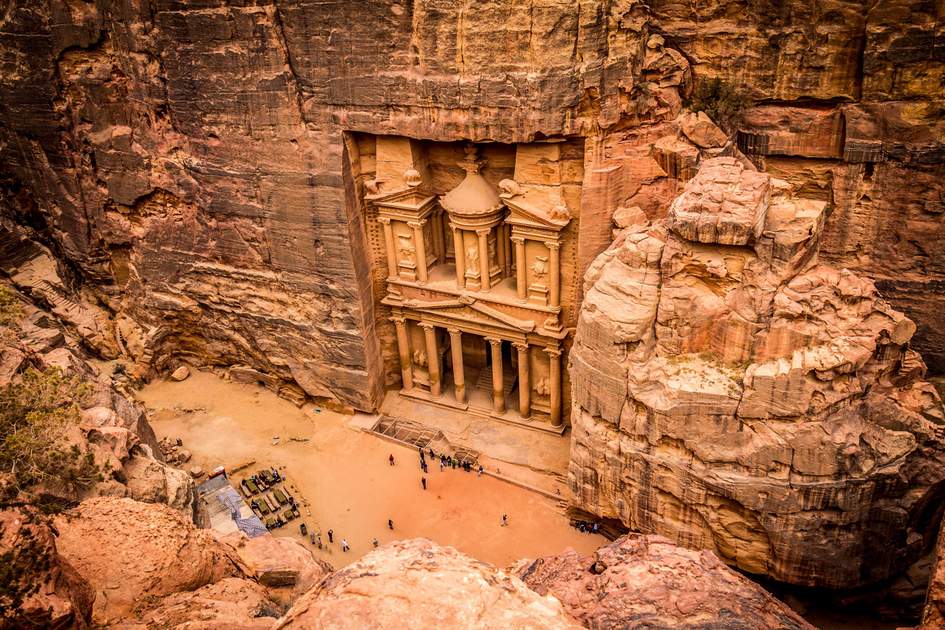 Jordan's treasures range from ancient Biblical sites to sprawling desert landscapes and the salt-laden waters of the Dead Sea. Read on for 7 good reasons to travel to Jordan

The Unesco World Heritage Site of Petra lies in a hidden valley in Southern Jordan. The rose city was carved out of the rock by the Nabataens over 2,000 years ago and offers a staggering 800+ monuments, spread out over 100 sq km (38 sq miles) – simply exploring it would be a feat that would take weeks to achieve.

Highlights not to be missed on your trip with Insight Guides include: The Siq, arguably the most spectacular entrance to any ancient site via a sheer chasm; The Treasury, Petra’s most visited monument; The Royal Tombs or Theatre, the High Place of Sacrifice and Obelisk and the iconic and rather spectacular Monastery.

Almost as popular as the iconic Petra, Jerash is another great reason to visit Jordan. The ancient city dates back over 6,500 years and offers some of the best-preserved Roman ruins in the world. Just under an hour’s drive from the capital Amman, the city was first built in the 2nd century BC by the Greek armies of Alexander the Great. It was conquered by the Romans in 63 BC. Highlights of the city include: the Hippodrome, the Temple of Zeus and the South Theatre. As you walk through you will come across paved and colonnaded streets, soaring hilltop temples, theatres, broad public squares and plazas, baths, fountains and city walls bordered by monumental towers and gates.

3. Splash about in the Dead Sea

The Dead Sea is the lowest place on the earth’s surface and among the world’s hottest, lying around 400 metres (1,310ft) below sea level. Though many large wadi systems empty their silty flood waters from the surrounding mountains into it, there is no outlet for the sea itself. This, combined with the soaring air temperatures, produces a high rate of evaporation – almost 10 million tons of water per day. The evaporation leaves a residue of salts and minerals (magnesium chloride, sodium chloride, bromide salts and potash) close to saturation point, giving the sea its famously glutinous texture and creating its buoyancy. With a salinity rate of over 30%, the Dead Sea is almost ten times saltier than any ocean. Come here on Insight Guides' Discover Jordan tour to float aimlessly and enjoy some therapeutic mud baths. If it was good enough for Cleopatra... 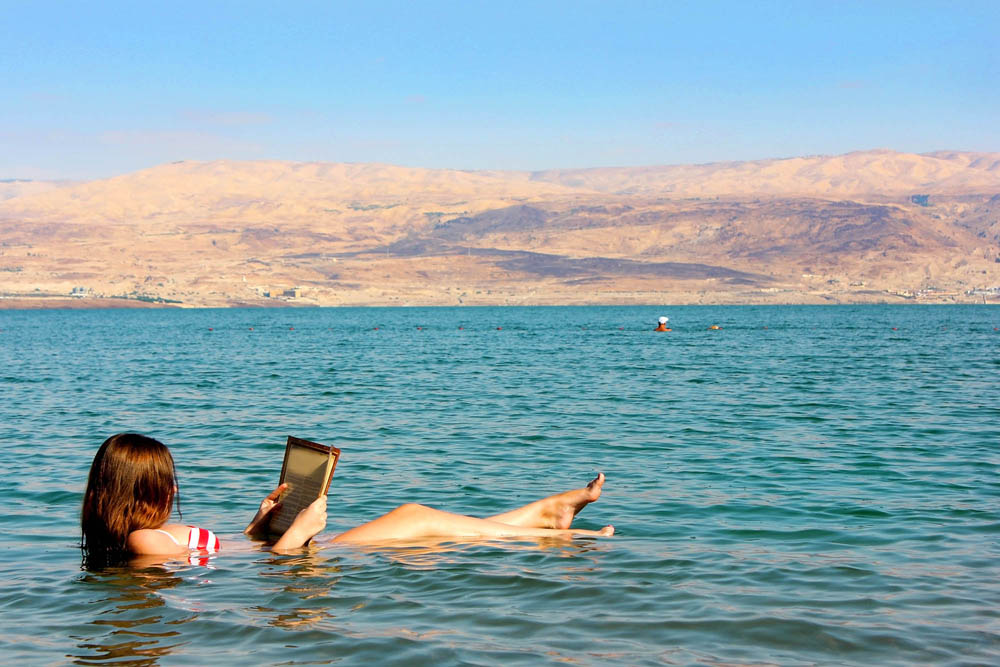 Perched on a splendid hilltop overlooking the Sea of Galilee in Jordan’s far north, Umm Qais offers visitors more wonderful Roman remains. Highlights to see here include the black basalt theatre, the basilica and adjoining courtyard which still feature finely carved black sarcophagi. There is also a collonaded main street, an underground mausoleum, two baths, a nymphaeum, a city gate and the faint outlines of what was once a ginormous hippodrome. Visit the Ottomon Village for its impressive houses built around central courtyards.

5. Drive deep into the desert at Wadi Rum

Described by T. E.  Lawrence as “vast,  echoing and godlike”, the spectacular Wadi Rum is a vast desert space that will take your breath away. Around 6,500 Bedouin are thought to live here. The Visitor Centre and a brief foray into the desert may be enough for many but an excursion deeper into Wadi Rum is well worthwhile, on foot, by camel or by 4WD. Though many sites are well-trodden on the tourist trail, nothing detracts from the sheer size, scale and majesty of Wadi Rum. If you can, spend at least a day here, like on Insight Guides' Treasures of Jordan trip, to experience the desert flora and fauna and the amazing sense of solitude and space. 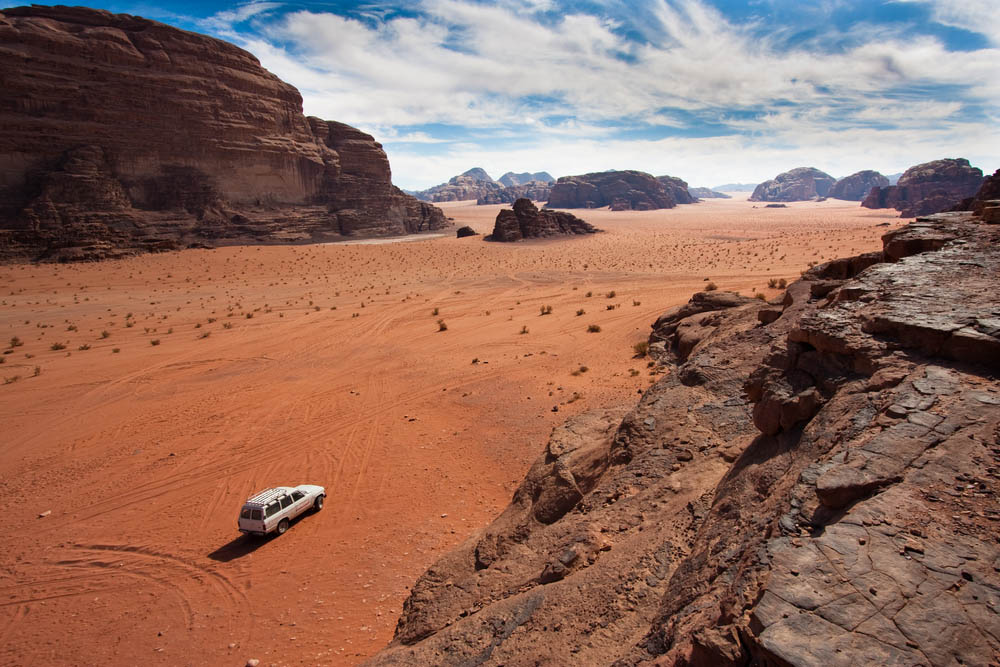 Ajlun Castle (also known as Qal'at [Castle] Ar-Rabad) was built in 1184 by 'Izz ad-Din Usama bin Munqidh, a general of Saladin, who defeated the Crusaders in 1187 and is a fine piece of Mamluke military architecture. From its hilltop position, the castle acted as part of the ingenious communications network by which the Mamlukes ran their empire from Cairo. Lofts in the castle contained pigeons ready to relay messages attached under their wings, and at times they even carried air freight. The castle makes for an impressive sight, and is a stop not to miss on Insight Guides' Discover Jordan holiday.

One of the richest marine kingdoms in the world, the tiny stretch of Red Sea accessible in Aqaba is all you’ll need to see some of the most stunning coral reefs around. The average water temperature is a pleasant 23° C and its calm waters are eternally inviting for both snorkellers and divers. Underneath lies a thriving world of corals, sponges, and sea fans. There’s also a huge variety of fish (including parrot fish, damsel fish, turtles  and moray eels), as well as some wrecks. Lucky souls will spot little seahorses and the very occasional whale shark, too.

Take a trip to Petra with Insight Guides. Submit a trip request online now and we'll do all the hard work for you

This article was originally published on 1st August, 2016

When to go to Jordan: find the best time to travel and start planning your adventure

Everything you need to know about visiting Petra