9 of the best hotels in Italy

Italy has a great variety of accommodation in all categories, from luxury villa hotels and palatial apartments to small family-run hotels and rustic retreats. Here are our top picks for the best hotels in Italy: 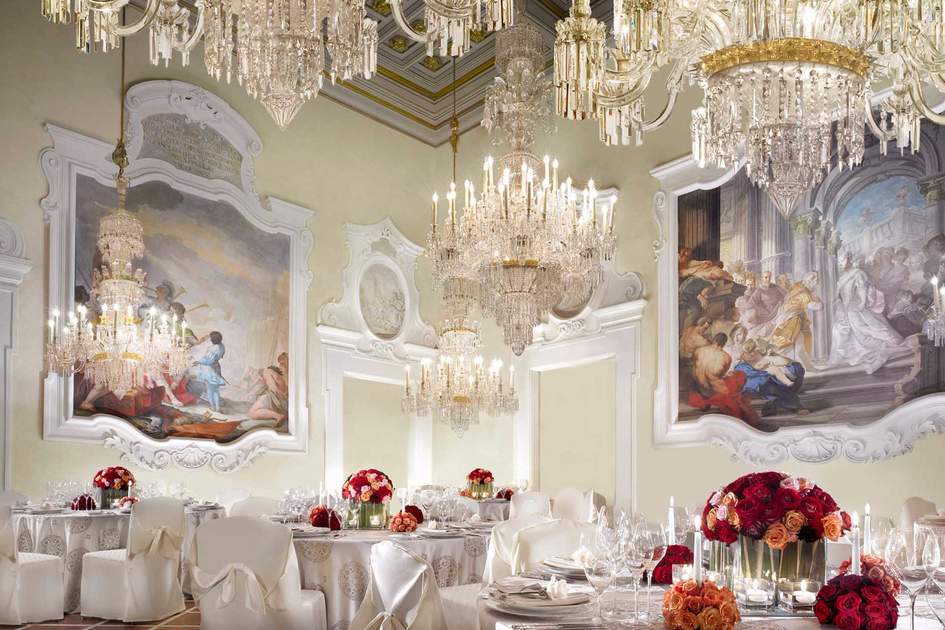 Florence’s Four Seasons hotel is made up of two Renaissance buildings. A 16th-century convent and a 15th-century palazzo make up the illustrious Four Seasons. Although located in the centre of Florence, the two buildings sit in peaceful confinement. They are nestled among 4.5 hectares of pristine private gardens, the Giardino della Gherardesca. Inside, the hotel is lavishly opulent and features Renaissance décor throughout. Frescoed ceilings and black and white floor tiles common in public areas. The hotel’s restaurant currently holds a Michelin star and serves quality local dishes. There is also a luxury spa, spread over two floors. The Four Seasons is regarded as one of the finest hotels in Florence.

The Villa Glori was built in the early 20th century and completely refurbished 100 years later. This makes it is one of the more modern hotels featured in this article. Don’t make the mistake of thinking that detracts from its overall charm though. Located in Rome’s ‘Little London’ area, the Villa Glori sits on quiet side street, lined with pastel-coloured houses near the Tiber River. Stay at Villa Glori, as part of Insight Guides’ Wonders of Rome and the Amalfi Coast trip. With 52 rooms, the Villa Glori is able to retain an intimate and personal atmosphere. The modern rooms are spacious and individually decorated, and feature parquet floor. The Trevi Fountain, MAXXI Museum and Stadio Flaminio are just a few of Rome’s essential sights that are located within close walking distance of the Villa Glori.

Perched on the Bellagio promontory, the Grand Hotel Villa Serbelloni overlooks Lake Como and its Alpine backdrop. The Serbelloni was transformed into a luxury five-star hotel back in 1873. Since then, 3 generations of the same family have run the hotel. Inside, the hotel’s décor is grand, with winding wooden staircases and frescoed ceilings. Murano glass chandeliers light the Salone Reale, the hotel's grand hall. The in-house Mistral Restaurant serves Michelin-starred cuisine. Outside, there are 2 outdoor swimming pools, offering a fantastic panoramic. There are also well-kept gardens and tennis courts. 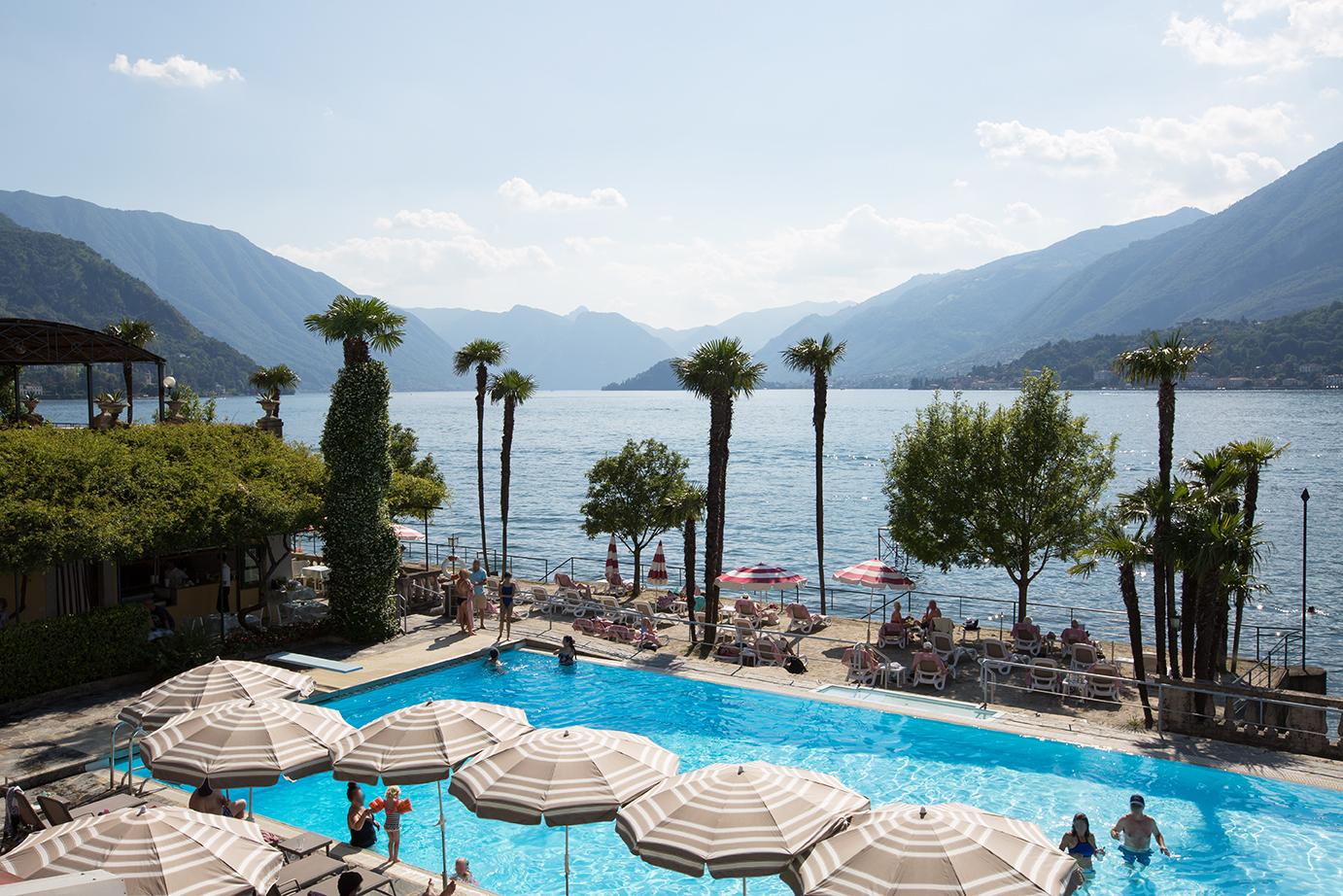 Located in a quiet corner of Sorrento’s coastal town centre, the Grand Hotel la Favorita boasts sweeping views of both the Bay of Naples and Mount Vesuvius. The hotel has a Mediterranean-style elegant white exterior. It also features a spectacular roof terrace, lined with lemon groves.There is also an outside swimming pool that looks out over the Bay of Naples. Inside, rooms and bathrooms are done with local Vietri tiles. A stay at Villa Glori is included in Insight Guides’ Best of South Italy: Rome, Naples, Sorrento and the Amalfi Coast trip. The hotel is ideally located, and is just few minutes’ walk from the Villa Comunale gardens and the beach.

Housed in a 19th-century former noble residence, Hotel il Principe is a characterful hotel. Impressively, many of its period features remain intact. The building is located in the picturesque fishermen’s quarter of Milazzo. Its luxury rooms have parquet floors and are furnished with elegant touches. The hotel also features a gym and wellness area, complete with a sauna and a hot tub. Enjoy a stay the Hotel il Principe, with Insight Guides’ Legend and Legacy: a Tour of Sicily trip. The hotel also arranges boat trips to the nearby Aeolian Islands.

The five-star Park Hyatt is one of the most luxurious hotels in Milan. The hotel occupies pride of place in the city’s fashion district, opposite Galleria Vittorio Emanuele. La Scala and the iconic Duomo are both within a few minutes’ walk too. The grand building is home to 106 stylish guestrooms, including 25 lavish suites. Rooms feature classy touches like Venetian stucco and hand-blow light sconces. The hotel is not short of dining options either. The Michelin-starred VUN Andrea Aprea restaurant is the pick of the four in-house restaurants. There are also several cosy bars for an aperitif or a digestif. A complimentary limo pick-up service is provided from Milan airport too. 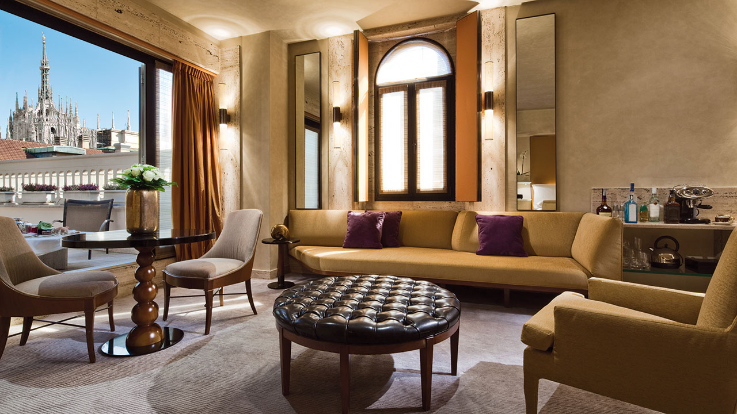 The Terrace Suite at the Park Hyatt, with Milan Cathedral in the background. Photo: Park Hyatt Milan

Surrounded by Tuscan vineyards and cypress trees, Villa le Barone  is housed in an ivy-covered country home. The house dates back to the 16th century. It belongs to the Della Robbias, a local family famed for ceramics and pottery. Having been turned into a hotel in 1976, Villa le Barone has retained the air of a personal home. Honesty bars,  antique furniture collections, and a family tree create an intimate atmosphere. The sociable owner live on site and introduce themselves to guests. There is a charming outdoor pool with a splendid vista, and the restaurant.

Offering something a little bit different, the Su Gologone  is a charming hideaway. It can be found on the slopes of the Supramonte Mountain Range, in eastern Sardinia. The secluded white villa is nestled among vineyards and olive trees. Scents of wild rosemary and myrtle hangs in the air. The retreat is popular with couples. A stay at the Su Gologone is included in Insight Guides' From Country to Coast: a Driving Tour of Sardinia trip.  Work by local artists furnish the rooms, adding a personal touch. Tasty traditional Sardinian cuisine, including pane carasau and fresh pasta are served in the restaurant. Activities including swimming, yoga and reiki, make the Su Gologone the perfect relaxing getaway.

The 15th-century Gritti Palace reopened in 2013 following extensive renovations. Once a noble residence, it has now been restored to its former glory. It is decorated with Murano glass chandeliers and 16th-century damask silk furnishings. The Gritti occupies one of the most eye-catching stretches of Venice’s Grand Canal. It looks out over the canal and toward the Santa Maria delle Salute Church. Dinner and drinks are served on the hotel’s side terrace, which is right on the canal. The luxury rooms feature Murano glass and interesting antiques; the best have views of the Grand Canal. One of Venice’s most iconic sites, St. Mark’s Square, is 550 yards away; La Fenice Opera House is only a 5-minute walk. 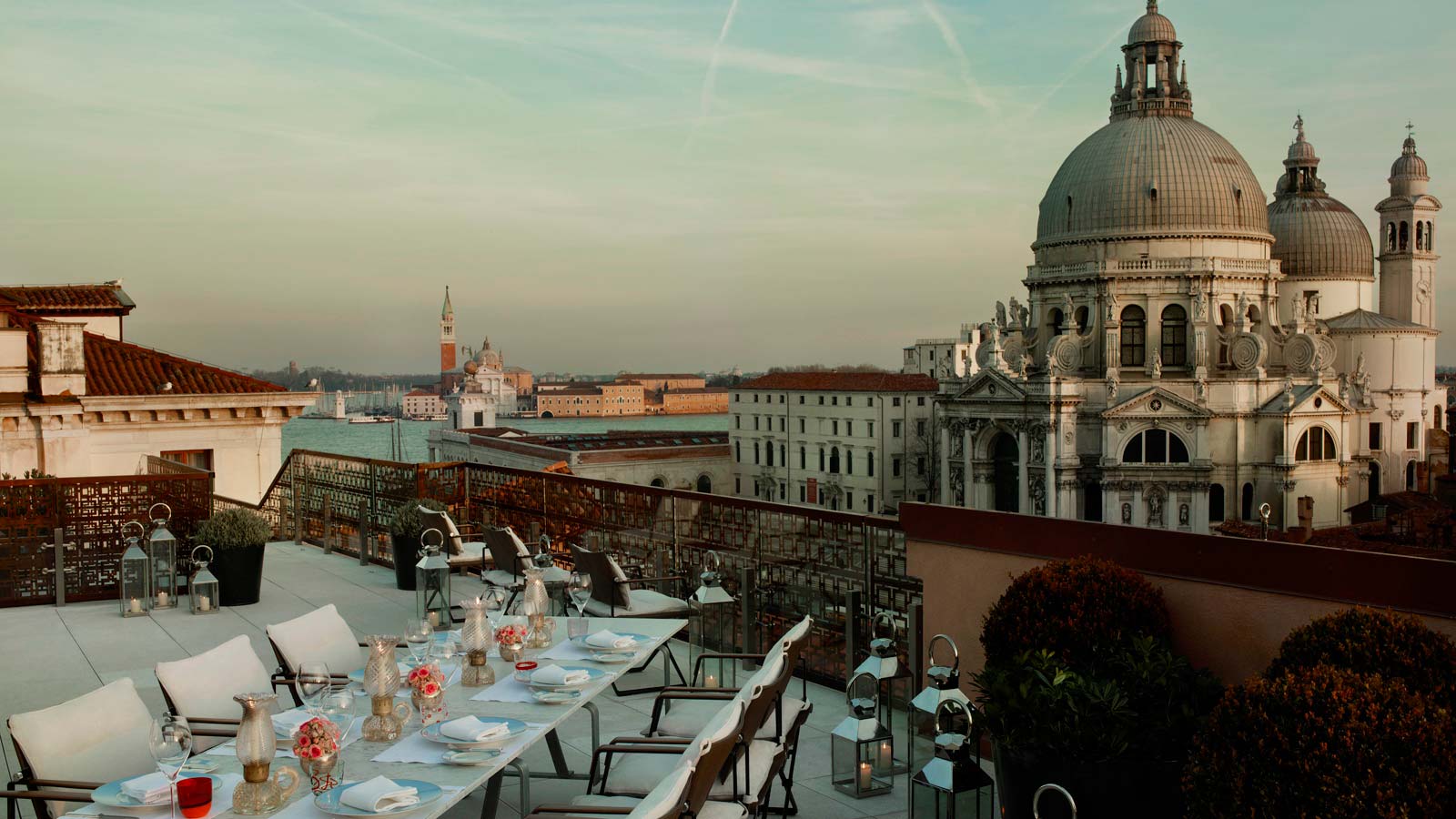 Taking a holiday to Italy: how to get started

Insight Guides can help you with planning, organising and booking your trip to Italy. Simply, get in touch and share your budget, interests and travel style. Our local experts will create an itinerary exclusive to you and your requirements, which you can amend until it's just right. Alternatively, browse and modify ready-made holidays to create your dream trip today.