Italian Cities of the Renaissance 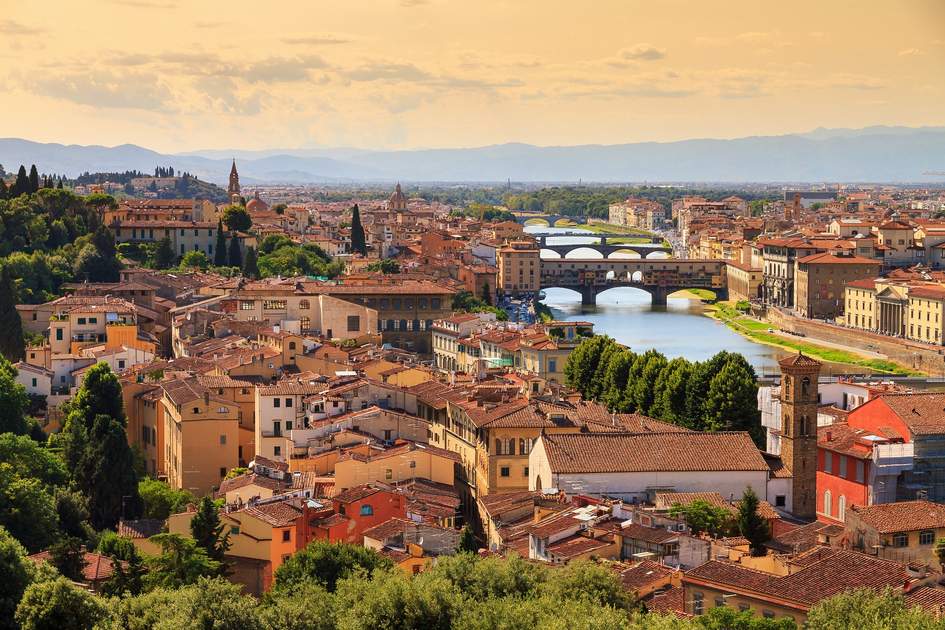 Beautiful cityscape skyline of Firenze (Florence), Italy, with the bridges over the river Arno
PrevNext

Insight Guides can help you with planning, organising and booking your trip to Italy. Simply, get in touch and share your budget, interests and travel style. Our local experts will create an itinerary exclusive to you and your requirements, which you can amend until it's just right for you. Alternatively, browse and modify ready-made holidays to create your dream trip today.

In the Middle Ages, before the Renaissance began, life was considered to hard and difficult; daily existence was a struggle; war and suffering were inevitabilities that were simply part of everyday life. However, the rediscovery of Ancient Greek and Roman texts and writings led to a new way of thinking, known as Humanism, which was the catalyst for the Renaissance. At the core of Humanism was a key belief that life did not have to be as it had been in the Middle Ages, it could be more enjoyable and society could be more progressive.

Florence is the birthplace of the Renaissance, but Venice and Rome also played important parts in the movement too. Together, these three cities form the essential tour of Renaissance Italy. Below is an overview of the role each city played in the movement, and why you should go to visit them:

Florence, where it all began

Through the late 14th century, the city of Florence had become wealthy. As a result, rich Florentine merchants and businessmen had the means to hire skilled artisans and craftspeople, which gave progressive new ideas a platform on which to develop and set the wheels of the Renaissance into motion.

By the 1400s, the wealthy Medici family ruled Florence and continued to hire and sponsor artists, developing the Humanist and the Renaissance movement further. During this period, many of the great Renaissance artists and architects came to be associated with the city of Florence: Leonardo da Vinci, Botticelli, Michelangelo, Dante, Galileo and Machiavelli all plied their trade here during their peak.

Today, the legacy of the Renaissance is very tangible in Florence. The Pitti Palace, the Uffizi Gallery, and of course the iconic Duomo (cathedral) are considered masterpieces of Renaissance architecture. Alongside these prestigious buildings, key pieces of Renaissance art reside in the city, including Michelangelo's David and the Botticelli's The Birth Of Venus. In fact, roughly one-third of all the Unesco-declared Art Treasures of the World can be found in Florence. A comprehensive guided tour of Florence, including its museums and churches, is included in Insight Guides' Italian Cities of the Renaissance trip. 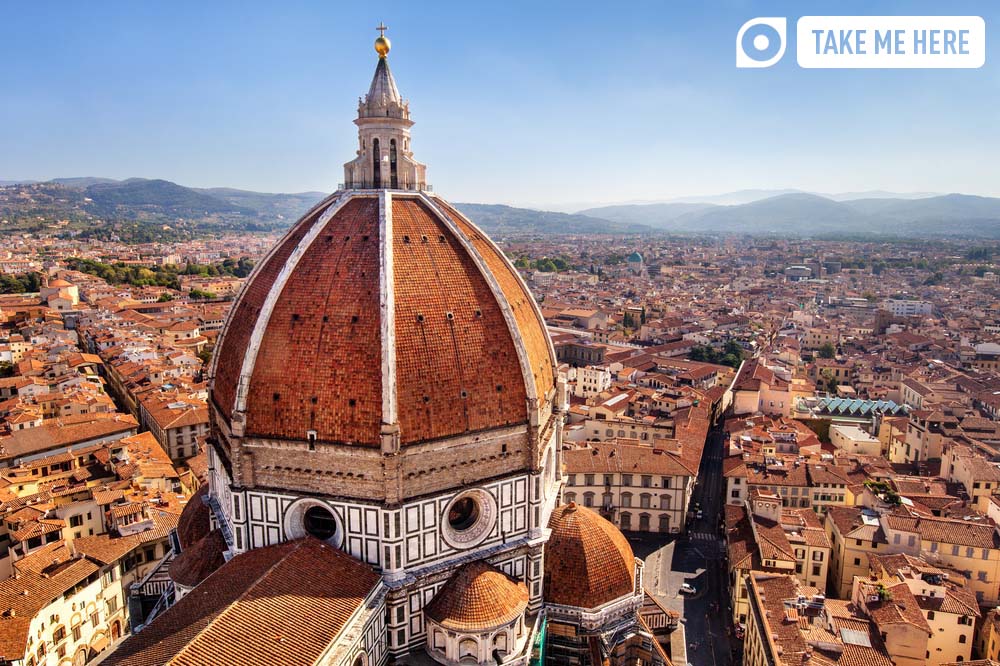 Due to its position on the Adriatic Sea, and its unique geographical make up (the city is made up of over 100 islands, and has no roads), Venice established itself as being part of a valuable trade route during the Renaissance. Explorer Marco Polo, who was from Venice, set out to Beijing in 1271. He returned to Venice in 1295, having established a powerful trade route between Europe and the Far East, with Venice acting as the main point of call in Europe. This laid the foundation for Venice being a key city during the Renaissance: it helped put the city on the global map, made the city richer, and made Venice a major trading hub for exotic materials coming from the Far East.

During the Renaissance, the rulers of Venice constructed a powerful navy, consisting of over 3,000 warships and 300 merchant ships, as the city thrived as a trading port. This industry employed roughly 16,000 people, which helped to make Venice a major economic player. Due to the materials being shipped through Venice, its Renaissance-era paintings are known for their vibrant colours, often as a result of artists using exotic pigments shipped over from Asia. Venice's most celebrated Renaissance painters include Bellini, Giorgione and Titian. During this era, many beautiful buildings were commissioned and patronised by the wealthy, including La Rotonda and a collection of impressive palaces for Venice's wealthy merchant and navy families.

Today, Venice's narrow streets are a joy to wander, and its iconic waterways are a must see for anyone. Explore this one-of-a-kind city, and its surrounding islands, as part of Insight Guides' Italian Cities of the Renaissance trip. 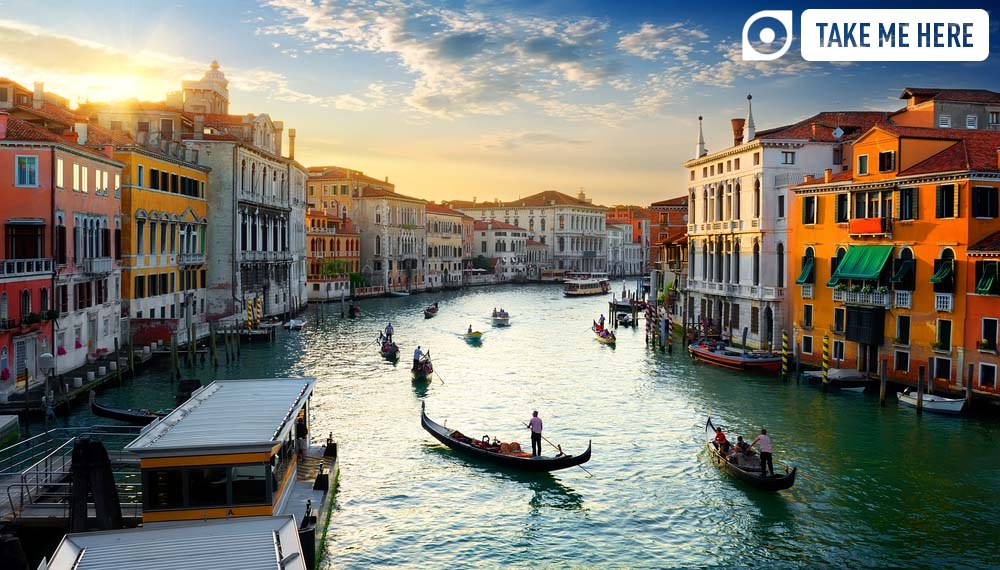 Rome and the return of the Pope

Despite being the capital city of Italy today, Rome played a very different role in the Renaissance to that of Florence and Venice. Rome had lost its papal seat in 1309, when Pope Clement V, who was a Frenchman, refused to move from Rome to France. This resulted in the official papal residency moving from Rome to Avignon, where a total of 7 consecutive pope went on to reign. However, the increasing influence of the French Crown eventually led Pope Gregory XI, in 1376, to leave Avignon and take the papal residence back to Rome.

He arrived back in the Eternal city in 1377, and from this point, over 20 popes reigned from Rome during the Renaissance era. The return of the papal seat to the city saw a mass migration of pilgrims from all over Europe flock to Rome. The taxes raised by the popes meant the Catholic Church could lavish the city with great works of art and architecture during this period. Michelangelo and Raphael, two of the great Renaissance artists, was commissioned specially for this purpose, and between them created some of Rome's most iconic works of Renaissance art, including St Peter's Basilica, and the famous ceiling of the Sistine Chapel. Eventually, the lavish spending of papal money caught up with the Catholic Church, and led to the Reformation, which limited the papal authority. It wasn't long before the money dried up, ultimately driving many of the great artists away.

Not before they left their indelible mark on the city though. Take a trip to Rome with Insight Guides, and experience Vatican City, together with Rome's Renaissance treasures. 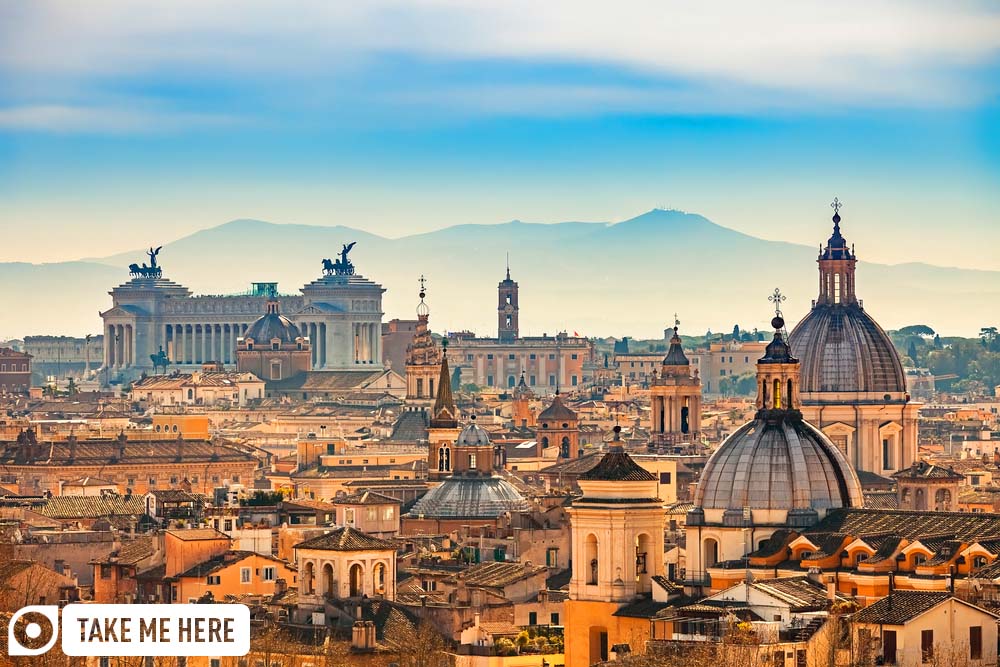 Taking a holiday to Italy: how to get started

Insight Guides can help you with planning, organising and booking your trip to Italy. Simply, get in touch and share your budget, interests and travel style. Our local experts will create an itinerary exclusive to you and your requirements, which you can amend until it's just right. Alternatively, browse and modify ready-made holidays to create your dream trip today.

How to find Florence's top cafés and bars