Explore Hong Kong's famous Hollywood Road, as well as its temples, teahouses and trinket stalls, with our in-depth walking tour from Sheung Wan to trendy SoHo. 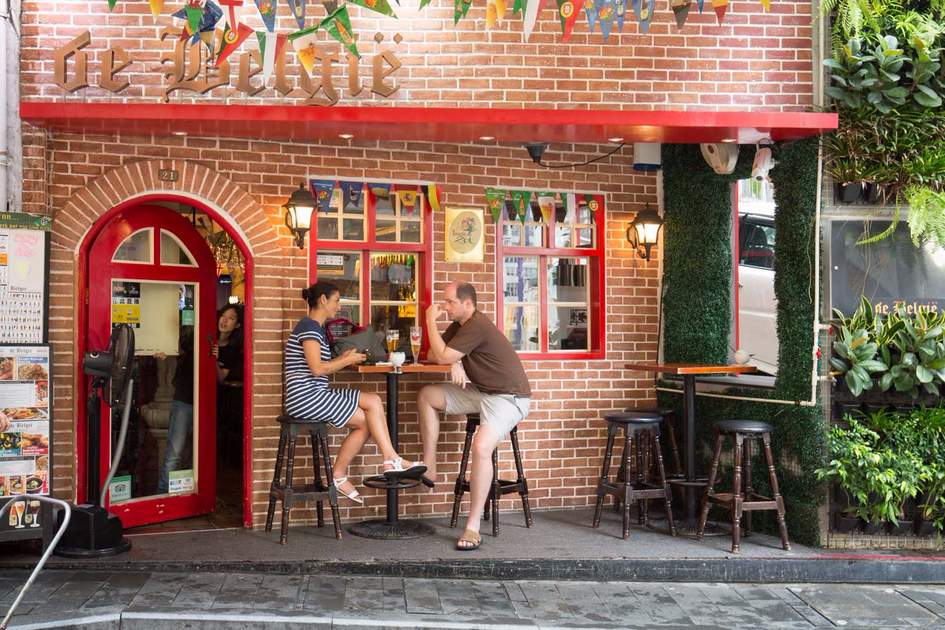 This walk along Hollywood Road progresses from its Sheung Wan origins to its new role as the entry point to fashionable SoHo, encompassing temples, a backstreet flea market and antique shops and art galleries along the way.

Hollywood Road is the centre of the art and antiques trade in Hong Kong, a winding thoroughfare lined with dozens of shops selling all manner of bits and pieces from the oriental past, from period furniture to Mao memorabilia. Start your walk at Possession Street where the British Royal Navy landed in 1841 to claim Hong Kong Island in the name of Queen Victoria.

Walk up the hill to join Hollywood Road. On the left of the junction is the Hollywood Centre, a small arcade packed with ceramics and furniture shops. The Asia Art Archive is located on the 11th floor.

Turn right, and cross the street, where, juxtaposed with new restaurants, serviced apartments and modern galleries, you still find traditional coffin makers. Hollywood Road Park with its Chinese gateway still provides the living with a pleasant spot to while away their free time. Old sepia photos on the notice board show how the area looked in the early 19th century.

Cross to the south side of Hollywood Road, where trendy Po Yan Street leads to Tai Ping Shan Street. Here, the legendary pirate Cheung Po Tsai settled after receiving amnesty from the Qing emperor, some 30 years before the British arrived. Notice the tiny earth god shrines on street corners. Just to the right is Paak Sing (‘100 Names’) Ancestral Hall, founded in 1856 to house the ancestor tablets that Hong Kong’s settlers brought with them from the mainland. There are several thousand wooden tablets inside, and a variety of shrines.

Follow Tai Ping Shan Street east; a shrine on the left and a vividly coloured temple further on are both dedicated to Kwun Yam (or Guanyin), Goddess of Mercy. Turn left down Sai Street to get back to Hollywood Road.

Make a detour left down Ladder Street – made up of broad stone steps – then turn left again into Upper Lascar Row, home to the bustling ‘Cat Street’ flea market. No one can agree on the origin of this name. Some say cat burglars and pirates fenced their spoils here; others that street peddlers are known as ‘cats’ and their wares as ‘mouse goods’ in Chinese; still others claim that it’s a reference to prostitutes. All are plausible, as this was once the heart of a crowded slum, notorious for opium dens, gambling parlours and brothels. What is certain is that people have been trading antiques and second-hand goods here for 150 years.

Back on Hollywood Road is one of the island’s oldest temples, the Man Mo (c.1842), dedicated to the gods of Literature and War; the latter, appropriately, also guards over antiques dealers. A heady smell of incense wafts around the temple from dozens of giant spiralling coils of incense hanging from the ceiling that are kept constantly burning to feed the spirits; discover more secrets at this ancient temple on your guided tour with Insight Guides' Hong Kong Deluxe holiday.

Continuing east along Hollywood Road you will pass dozens of antiques shops filled with furniture, ceramics and objets d’art. When it’s time for refreshments to review your finds, there are plenty of options in SoHo (from South of Hollywood Road, though it now extends either side). A detour left down Aberdeen Street will lead to a kind of monument, the Lin Heung, one of the best traditional tea and dim sum houses, and on Hollywood Road itself is Vietnamese Song.

You can also rummage for relics and old photos of Hong Kong at the Low Price Second Hand Shop, an open-fronted bric-a-brac shop on the corner of Lyndhurst Terrace, or find an ironic take on Hong Kong culture at GOD (Goods of Desire), across the road. The Mid-Levels Escalator crosses Hollywood Road here and heads up Shelley Street. Bacar is a good place to stop off for food.

Art galleries and antiques shops start giving way to boutiques and restaurants on the remaining part of Hollywood Road. The imposing buildings across the street are the former Central Police Station and Victoria Prison. The earliest of these monuments to colonial law and order were built in 1864, and new buildings were added over 60 years. Now declared ‘monuments of Hong Kong’, their future use is under discussion. Climb steep Old Bailey Street to take in the view of the former prison. 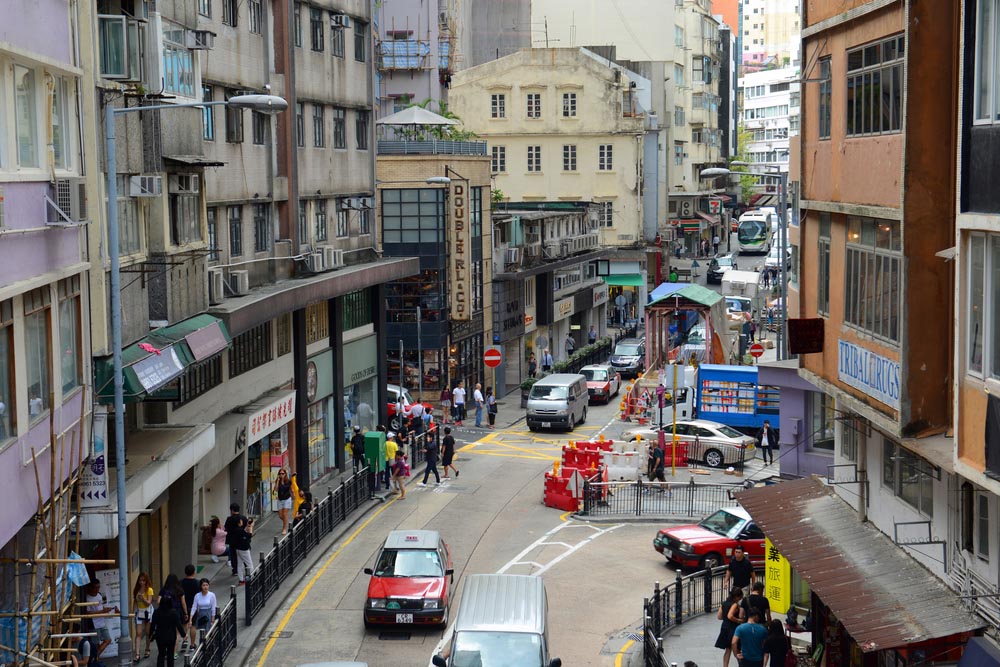 If you want an authentic yum cha experience, this is it: always busy, with relentless noise, no English signs or menus and communal round tables. Fresh dim sum is served 6am until 3.30pm, you just stop passing trolleys, open the bamboo steamers and point to what you want. Dinner, served till 11pm, is Cantonese comfort food.

Nip down the alley beside 69 Hollywood Road to find Song, known for its excellent contemporary Vietnamese food. At around HK$100, the healthy buffet lunch is pretty good value. Romantic for dinner.

Two-storey Bacar hits the spot with its tapas, wines and friendly service. Food is mainly Spanish with some other Mediterranean favourites

Ready to take your trip to Hong Kong with Insight Guides?

A shopping guide to Hong Kong