For many, Cuba was off limits as a travel destination for a long time. That all began to change in 2014, when Barack Obama announced the United States would restore diplomatic relations with Cuba and lift the long-standing trade embargo. Fast-forward thee years, and more and more people are discovering this Caribbean gem. Cuba’s ample shoreline is home to countless idyllic beaches. Here are our top ticks: 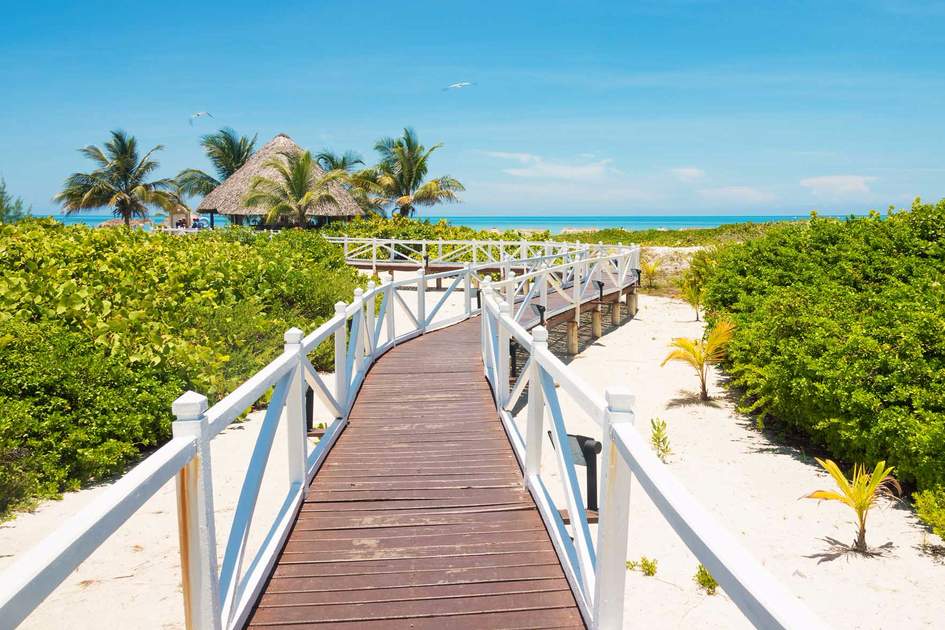 Varadero is undoubtedly Cuba’s most popular and busiest beach. At 25km (15 miles) long, Playa Varadero is the longest beach in Cuba, and one of the longest in the entire Caribbean region. The town of Varadero is a thriving beach resort, and it is the size of its beach that is also its saving grace. Crowds are easily absorbed by Varadero’s vast swathes of sand, whilst the concentration of restaurants, hotels and nightclubs in the centre of the beach simply fade away as you stroll to its further reaches. Spend a few days lazing in a quiet spot of Varadero Beach with Insight Guides' Cuba: A Feast for the Senses trip.

Located off the north coast of the Pinar del Río province, Cayo Levisa is a small island that can only be reached by a short boat trip. There are just two boats a day, which leave from Palma Rubia on the mainland. Caya Levisa is home to some of the most unspoiled beaches in the entire Pinar del Río area. The island is a largely undeveloped, which is a large part of its rustic charm. There is just one resort on Cayo Levisa, which is comfortable, but not pretentious. Diving is a popular pastime here: just offshore, there is a coral reef, home to black coral and other rarities. 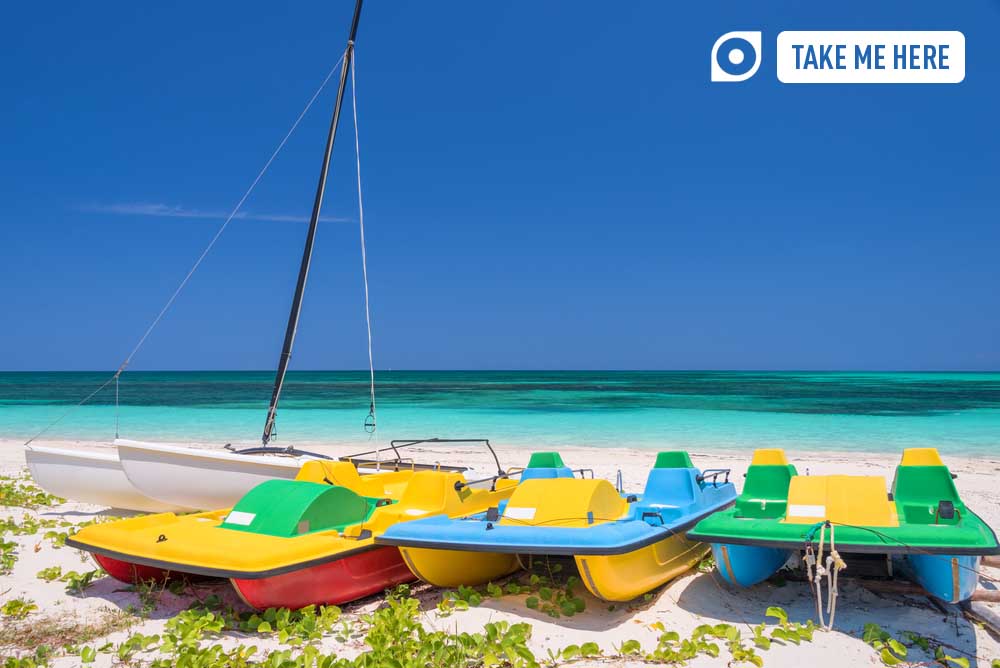 This idyllic cay can be found just off the north of coast of Pinar del Río, near Cayo Levisa, where a lovely, 3km (2-mile) -long stretch of white sand separates a calm, shallow body of water. A causeway connects the cay with the mainland, for which you must pay a toll of CUC$5 to drive down. At the far end of the cay is a thatched-roof restaurant – a ranchón – that serves drinks and snacks until 6pm. On the beach there are thatched umbrellas, and a kiosk where you can rent snorkelling equipment. That's about it: Cayo Jutías is so undeveloped that there are no overnight accommodation available.

Caya Coco is a small island in the Jardins del Rey chain, which is located just off Cuba’s north coast. It is joined to mainland Cuba by a causeway. Much of its inland area is covered by lagoons and marshes, many of which were once inhabited by wild birds, including pink flamingos and white ibis. Sadly, in 2017, Hurricane Irma decimated Cayo Coco's wild bird population, including its pink flamingo population, which was thought to be one of the largest in the Americas. There are spectacular beaches all around the island, but its north coast, which faces away from mainland Cuba, boasts the best beaches. In fact, it was these beaches that inspired Ernest Hemingway's novel, Islands in the Stream. The north coast is lined with palm-fringed white-sand idyllic beaches, and dotted with the occasional up-scale resort. Explore Caya Coco, with Insight Guides' Complete Cuba trip. 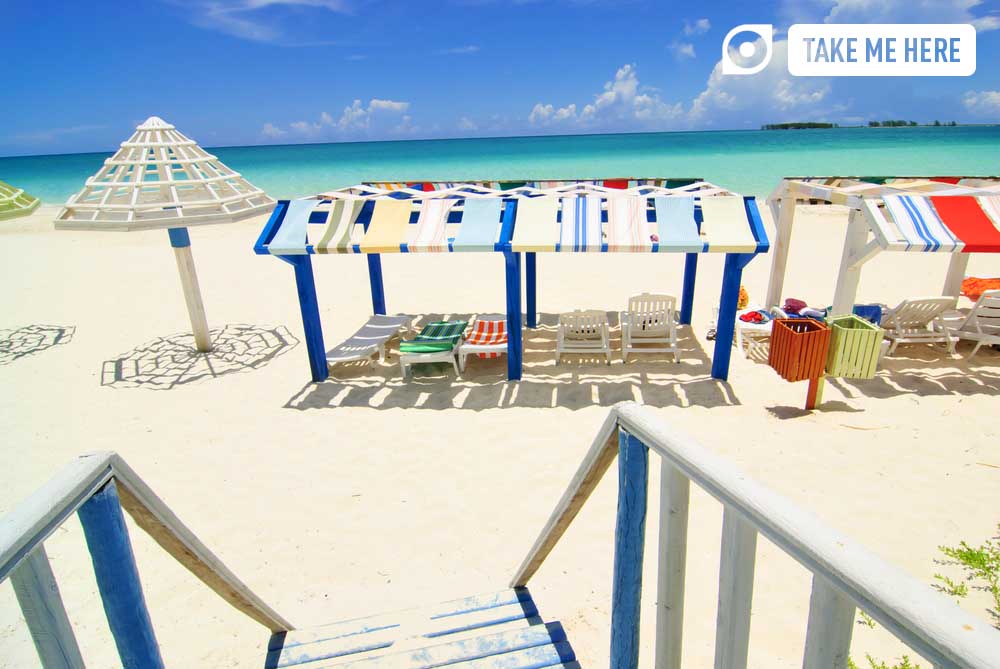 Located in the far west of Cuba, the beach at María La Gorda is home to calm, shallow waters that are ideal for diving and snorkelling. The name translates to Fat Maria’s point: according to legend, a well-fed Venezuelan girl called Maria was abandoned here after being kidnapped by pirates. Most people come here for the diving – there is a spectacular reef not far off shore – but the beach is also stunning, and well worth visiting for alone.

Around 8km (5 miles) from the beach resort of Playa Santa Lucía is the broad, sweeping beach of Los Cocos. At one end sits a sleeping fishing village called La Boca. At the other end, you'll find a handful of beach bars and seafood restaurants. The good news is that this glorious crescent of sand is one of the finest beaches in all of Cuba. The even better news is that Playa Los Cocos remains relatively undiscovered by the masses. 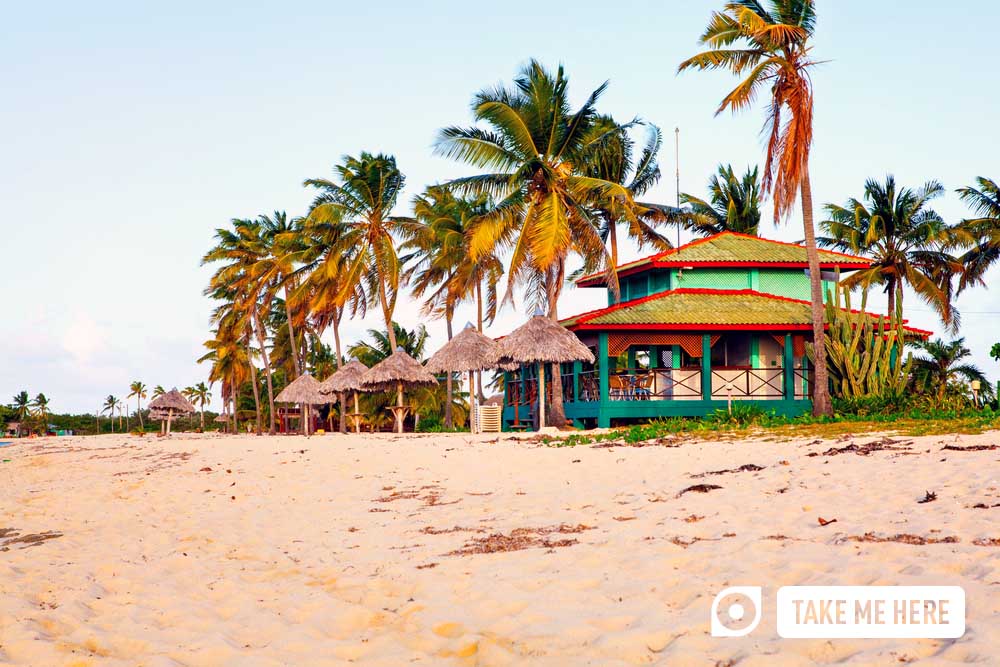 Not far from Baracoa on Cuba's eastern tip, trees lurch over onto a curved sweep of white sand known as Playa Maguana. There is not much on Playa Maguana, except for a single hotel and bar. Because of this relative lack of development, the picture-perfect Playa Magauna has an authentic atmosphere, and is popular with locals.

Playa Esmerelda is located about 5km (3 miles) west of Guardalavaca, a busy resort town on Cuba's southern coast. There are many beaches along this stretch of coast, including the popular Playa Guardalavaca. However, it is Playa Esmerelda that gets our nod of approval. This horseshoe-shaped bay of powdery white sand is framed at either end by a rocky headland. There are luxury resorts here, but they are tastefully hidden from sight, allowing Playa Esmerelda to remain picture perfect. 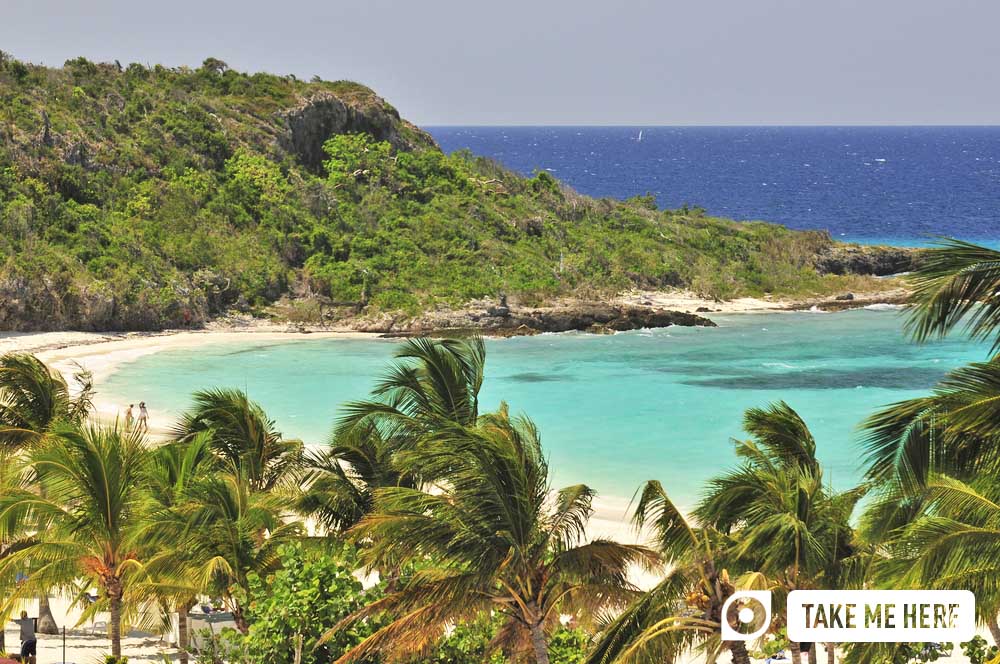 Playa Francés can be found on Isla de la Juventud, which is the second-largest of Cuba's islands. Isla de la Juventud lies off the country's southwest coast, and has a population of around 90,000 and a surface area of 3,020 sq km (1,180 sq miles). On the island's westernmost point, which is part of a protected marine park, is Playa Francés. The 3km (2mile) beach is completely unspoiled, and split in two by a sandy headland.

If you are planning a trip to Cuba, Insight Guides can help with the planning, organizing and booking of your trip. Simply contact us with details of the length of your trip, budget and places you would like to visit and we will put you in touch with a local expert who will plan a personalized itinerary for you. Alternatively, browse our existing Cuba trips. Just remember that all these trips are fully customization – you can add stops to one (or all!) of these beaches to all of our trips, all you need to do is ask!