Summer is upon us, and the good news is that it's not only Asia, the Caribbean, Australasia and the Americas that can offer stunning beaches. Unbeknown to many, Europe is home to some of the finest beaches in the world... 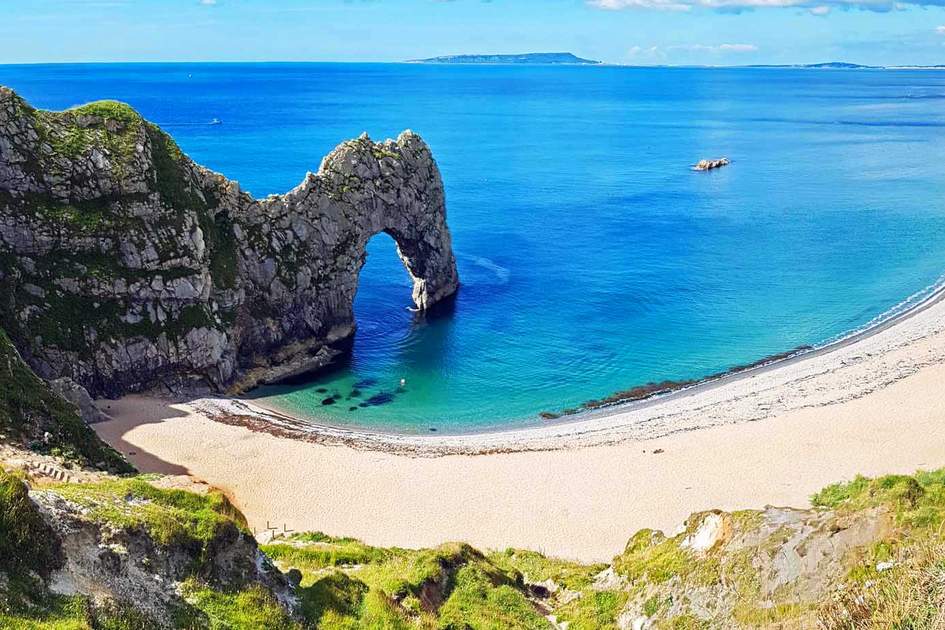 Located just off France's Bay of Biscay, on the country's west coast, is the Île de Ré. At 20km (12 miles) long and 5km (3 miles) wide, the island is almost completely flat, with a maximum elevation of just 20 metres. The island's coastal areas are home to picturesque pine forests and windswept sand dunes, and the long, flat white-sand beaches that characterise the Île de Ré are dotted with rustic beach shacks, serving fresh seafood and fine wine daily. The sand on the island is an almost-Caribbean shade of white, earning the Île de Ré the nickname of the 'White Island' among locals. Of the handful of beaches on the island, Plage des Gollandières stands out as the best.

The island of Porquerolles is located roughly 1 mile off France's south coast in the French Riviera, between Marseille and Cannes. It is much smaller than the Île de Ré (4 miles/ 2km long, and 2/ 1km miles wide), and has a population of roughly 200, all of whom live in just one village. The island was purchased by explorer François Joseph Fournier in 1912 for his second wife, but in 1971 the French state bought back most of the island, protecting it from development and urbanisation in the process. As a result, forests of oak, pine, olive, fig and juniper trees cover most of the island, along with the Riviera's usual suspects of lavender, rosemary, rock rose, and myrtle. The island's pristine coastline is home to several creeks and beaches, but none are as impressive as the Notre Dame (Our Lady) Beach. Framed at either end by craggy headlands of olive groves, the mainland-facing Notre Dame is perhaps the finest beach not only on the island, but in the entire country. 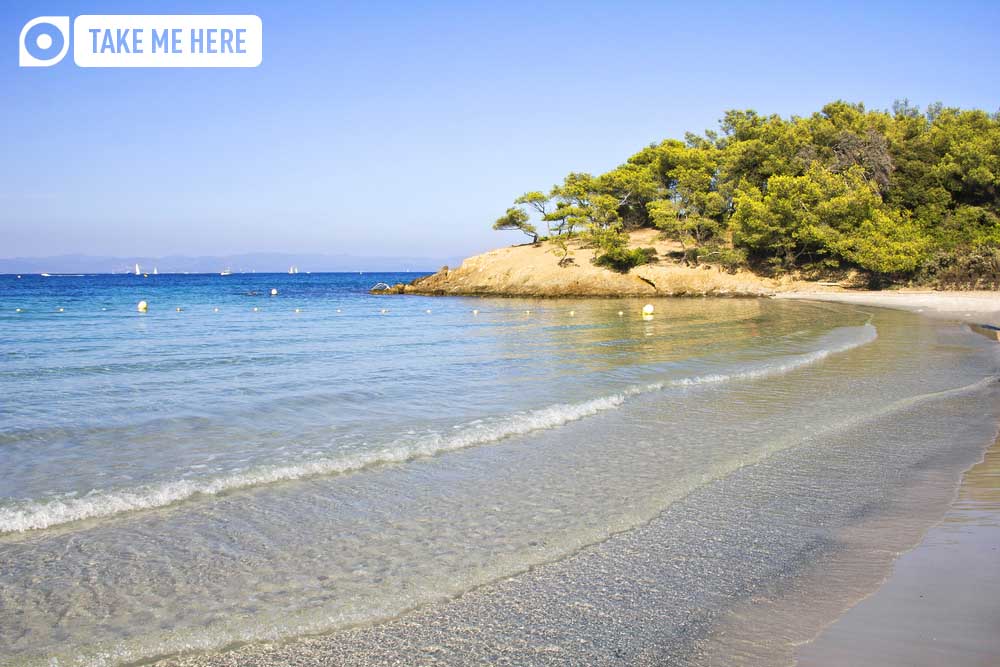 The remote and secluded Casa Mararella, located on the southwest coast of Menorca, couldn't be more different to the bustling beaches of the nearby islands Ibiza and Mallorca. For starters, there are no paved roads that lead here. Instead, there is a rough and bumpy trail from the nearby town of Ciutadella that takes you to within a 20-minute walk of the beach. Alternatively, you can take a pleasant two-mile hike along the craggy cliffs from Cala Galdana to get to the beach. It may sound like a lot of effort, but you will not regret it. The powder-sand beach is quite short, but the picturesque rocky headlands are are a fair distance from the shore, creating a tranquil and calm body of azure water, just perfect for a relaxing dip.

Reachable via a 40-minute ferry from Vigo, the Isla Cíes are actually an archipelago, and are home to some of the continent's finest beaches. As part of the Galician Atlantic Island National Park, the islands and their waters are protected. There are a handful of restaurants on the archipelago, along with a few campsites, but no hotels, roads or other urban developments. Visitor numbers to the archipelago are limited to just over 2,000 per day, which has helped immeasurably to preserve this island paradise, which is known as the Galician Caribbean. The distinctive Playa de Rodas, with its u-shaped mass of powdery white sand, sandwiched by the azure waters of the Galician Sea and a lagoon, is the pick of the archipelago's beaches. 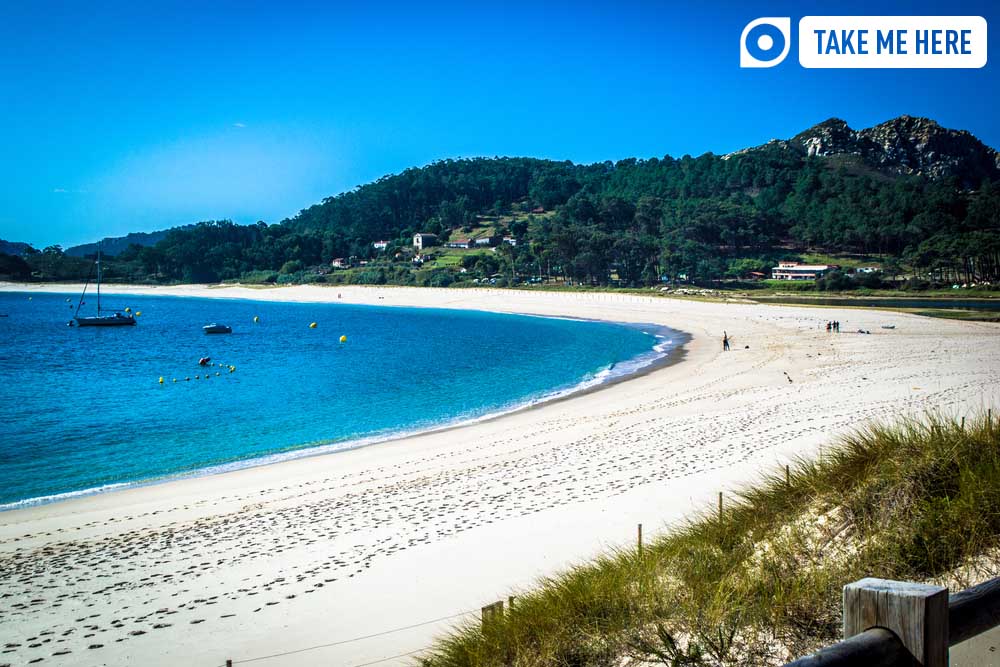 Asturias, a region on the north coast of Spain, is home to more than 200 beaches. In contrast to the rest of the country, Asturias is characterised by rolling green hills, farms and orchards, and dominated by the dramatic Picos de Europa Mountain Range. Of the many beaches in Asturias, Playa de Rodiles is considered among the finest. Roughly 1km long, the beach is dominated at one end by a large rocky outcrop, and intersected at the other end by the Villaviciosa estuary, and framed by picturesque hills. The facilities here are better than most, and the beach is easily accessible by car, with ample parking (and shade) provided in a nearby pine forest.

One of Italy's most stunning beaches, the Cala Goloritzé was declared a Unesco World Heritage Site back in 1995. Cala Goloritzé is on the northeastern coast of Sardinia, an island renowned for its beaches. Despite being well known for some years now, Cala Goloritzé has successfully retained the feel of a hidden oasis: the beach is at the bottom of a scenic ravine that cuts its way through dramatic limestone cliffs, offering superb views of the the deep blue Mediterranean Sea. Insight Guides' From Country to Coast: A Driving Tour of Sardinia trip provides the perfect opportunity to explore Sardinia's many beaches. 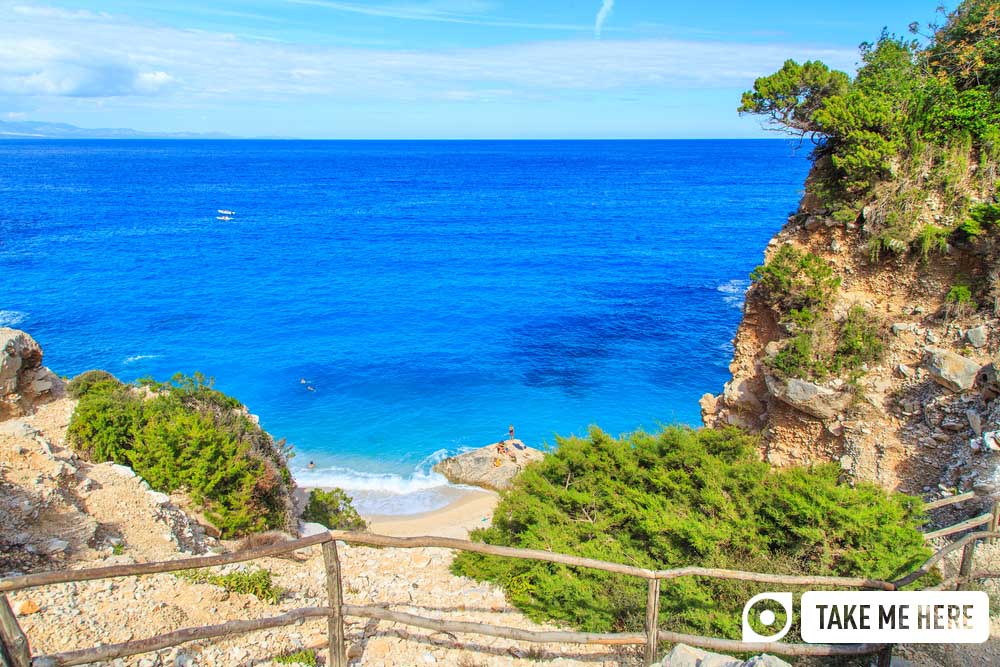 The path leading down to Cala Goloritzé, Sardinia. Photo: Shutterstock

Sicily is another Italian island with no shortage of beautiful secluded beaches, of which Cala Tonnarella is undoubtedly the pick of the bunch. Located within the protected Zingaro Nature Reserve, Cala Tonnarella is inaccessible by road. To get there, you'll have to park at the southern car park, and follow the signs along the hiking trail, which takes about one hour. The beach itself has a distinct Caribbean look about it: there is a relatively small spread of fine, white sand, kissed by clear shallow waters and framed by low cliffs. Discover Cala Tonnarella for yourself, with Insight Guides' Legend and Legacy: A Tour of Sicily self-drive trip.

One of the most recognisable beaches in Europe, Durdle Door beach is framed by a dramatic limestone arch of the same name. The arch – the Durdle Door – is thought to be 140 million years old, which is rather apt when you consider that this beach is located on a 95 mile (60-km) -stretch of Dorset coastline called the Jurassic Coast, where countless fossils dating back to this period have been discovered. The beach itself stretches for miles, with plenty of cliff top walks along the coastline to keep you occupied. 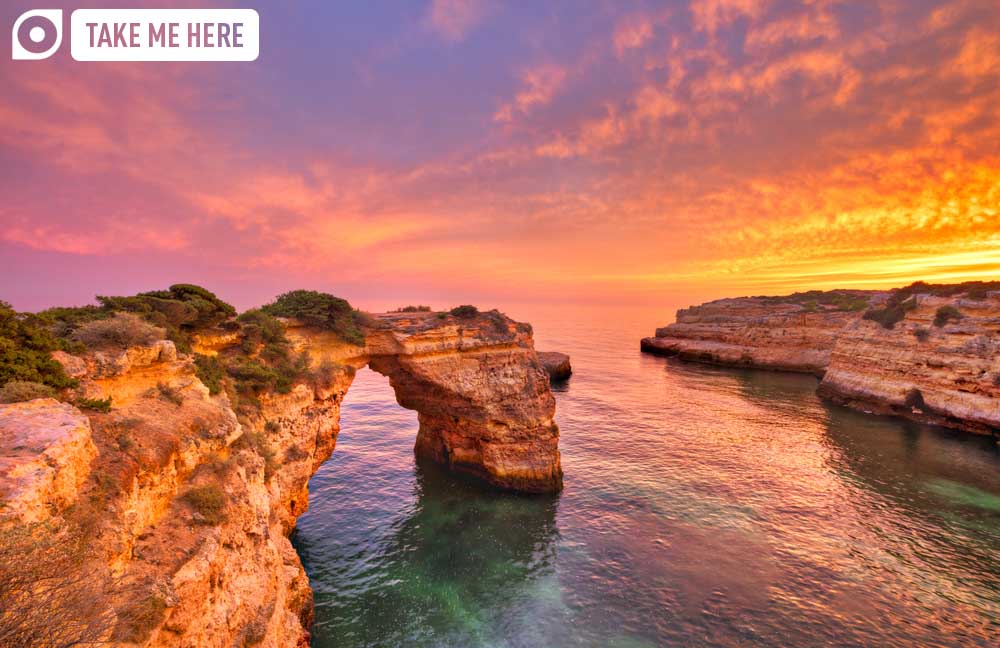 The Algarve is one of the most popular spots in Portugal, and it can get incredibly crowded and busy during peak times. However the peaceful cove at Praia de Albandeira provides an ideal sanctuary for those looking to escape the hustle and bustle of the tourist spots. Consisting of little more than a few small patches of golden sand surrounded by some impressive ochre-coloured cliffs and picturesque rock formations, the water here is protected by the numerous rocky outcrops, creating perfect swimming and snorkelling conditions. There are plenty of natural rock pools to explore too, making this beach perfect for young children. The surrounding cliffs and rock formations – including a Durdle Door-esque arch – are a photographer's dream, and easily accessible.

If Durdle Door is one of the most recognisable beaches in Europe, then surely Greece's Navagio Beach is the most iconic. Over the years, images of this beach have found their way onto many travel brochures, and its easy to see why. Known as Shipwreck Beach and Smugglers' Cove, the beach is home to a rusting shipwrecked freighter that ran ashore here during a storm in 1980. Encapsulated by sheer limestone cliffs, the white-sand beach is so isolated that it can only be reached by boat. However, the beach is perhaps best appreciated from the viewing platform in the cliffs above. 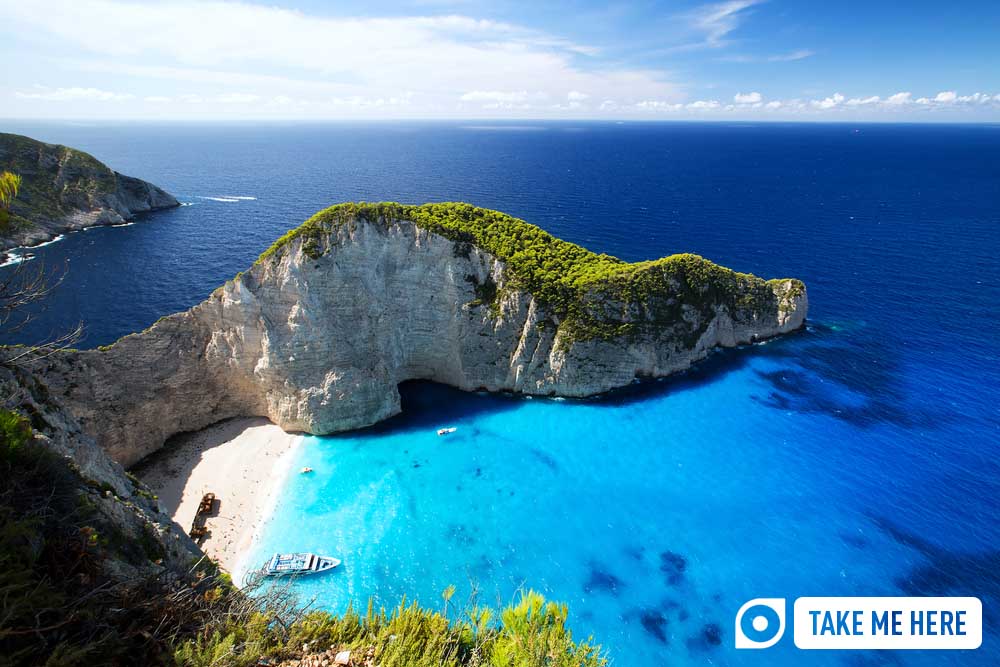 If you are planning a trip to Europe, Insight Guides can help with the planning, organising and booking of your trip. Simply contact us with details of the length of your trip, budget and places you would like to visit and we will put you in touch with a local expert who will plan a personalised itinerary for you. Alternatively, check out our existing Europe trips, all of which are fully customisable!

I would give this 6 stars if the ratings went that high! This really was one of the highlights of our vacation. Due to scheduling issues, we ended up with a separate private tour for my family of 5, which was great given how small the boulangerie was.... Read more