As a country, India has it all, from huge metropolises to vast swathes of desert, jungles, mountains and idyllic beaches. The south of the country is home to some of the finest beaches, not only in India, but across the whole of Asia. Here is our guide to the best beaches in South India. 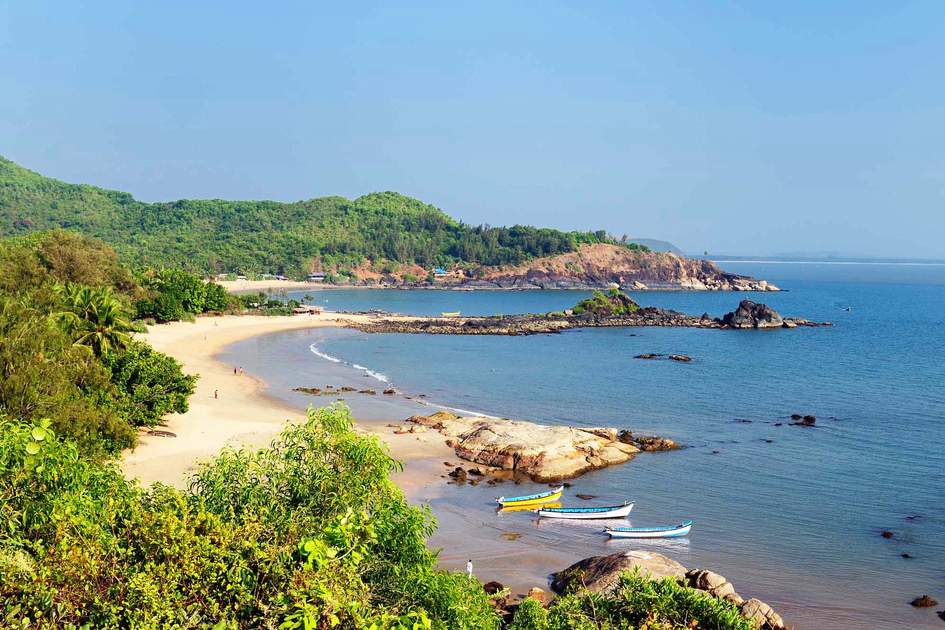 Lakshadweep, located around 350 miles off the coast of Kerala, is a chain of coral atolls each ringed by arcs of blinding white sand that are lapped by crystal-clear waters. Unspoilt and virtually unpopulated sandy beaches, verdant coconut groves and calm lagoons that are safe to swim in are the main attractions, as well as diving on the surrounding reefs that abound with spectacular tropical fish, turtles, harmless sharks and rays.

Scheduled flights leave from Kochi to Bangaram, a formerly uninhabited island that has been developed as a resort. Ferries also run from the mainland and between the various islands of the archipelago. Access to Lakshadweep is controlled by the Indian Government, and foreign travellers must book through officially des­ignated tour operators. The Society for Promotion of Nature, Tourism and Sports is the primary booking agency.

Backed by craggy red cliffs crowned by tall palm trees, Varkala Beach offers a broad sweep of golden sands that are known for their laid-back vibe. Swimming in the sea is possible but the currents can sometimes be strong so it is advisable to enter the waters carefully. The majority of accommodation is perched at the top of the cliffs from where you can take in magnificent ocean views.

The town is also one of Kerala’s major Hindu pilgrimage centers – the Janardana Temple is believed to be more than 2,000 years old, and the mineral springs here are much sought after for their curative properties. 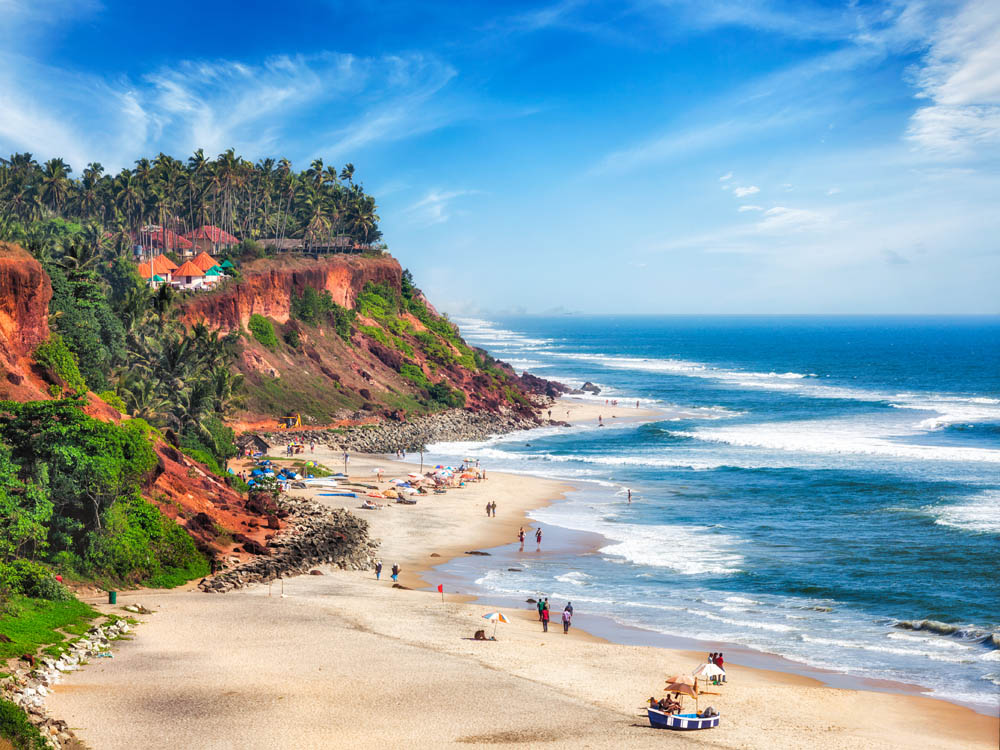 Fringed by palm trees and lined with a range of relaxed bars, hotels and seafood restaurants, Palolem Beach is a beautiful one-mile-long stretch of golden sand in the south os Goa. The sheer size of the beach has allowed it to retain much of its natural beauty whilst also accommodating a thriving traveler scene. At its northern end, Monkey Island, is accessible by foot at low tide, while the beach itself is well sheltered and its calm waters are ideal for swimming.

Set in a sheltered natural bay edged with golden sands and palm trees, Kovalam is Kerala’s biggest resort, but still a fine beach at which to enjoy some downtime. The southernmost beach, known as Lighthouse Beach, is the busiest, backed by hotels and restaurants. Well-policed by lifeguards, swimming is relatively safe, while the swell can sometimes produce big waves that are great for bodysurfing. Hawa Beach is the next stretch to the north, separated from Lighthouse Beach by a small promontory. 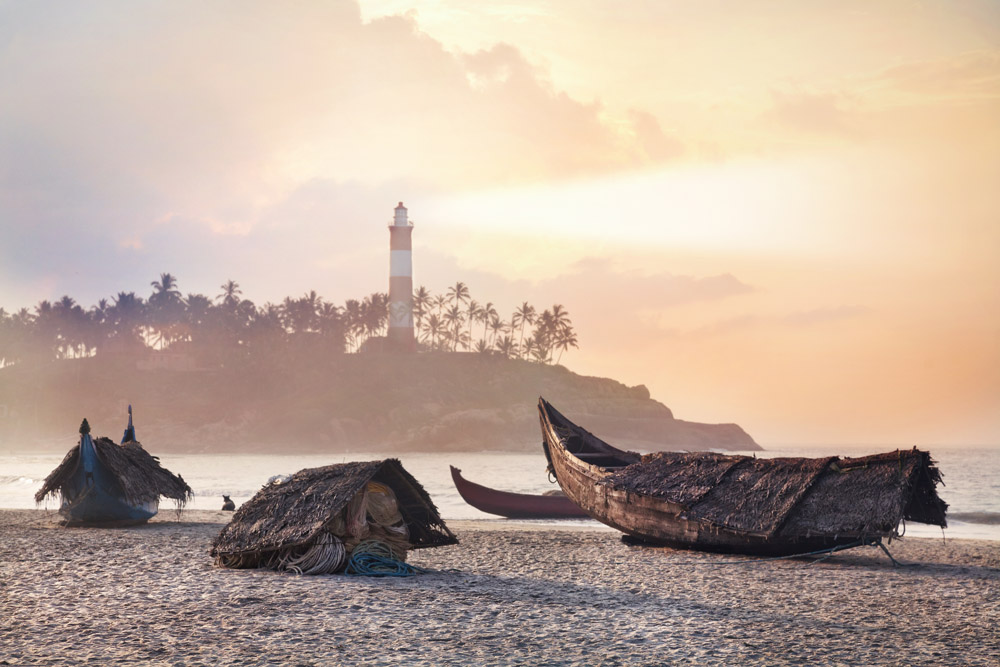 Originally a hideaway for backpackers looking to escape the crowds in Goa, Gokarna is now a renowned beach destination in its own right, comprising a chain of laid-back resorts with crescent-shaped beaches, backed by the craggy coastal hills of Karnataka. The main and most popular beach at Gorkana is Om Beach, so called because of its likeness to the Hindu symbol when viewed from above. Often described as 'the sound of the universe' the Om is a sacred symbol in Hindu culture, and this feeling has transferred itself to the beach, which is still largely undeveloped and home to just a handful of bamboo bungalow guesthouses and restaurants.

Although in close proximity to Palolem Beach, Patnem feels very different in terms of  atmosphere and ambience. A more relaxing alternative to the lively Palolem, Patnem is a clean and well maintained stretch of golden sands that offers a good choice of relaxed restaurants, beach bars and accommodation just behind the beach, as well as several yoga retreats. Although the waters are not as calm as at neighboring Palolem, they are still more than safe enough to swim in, which helps make Patnem a favorite destination for families. 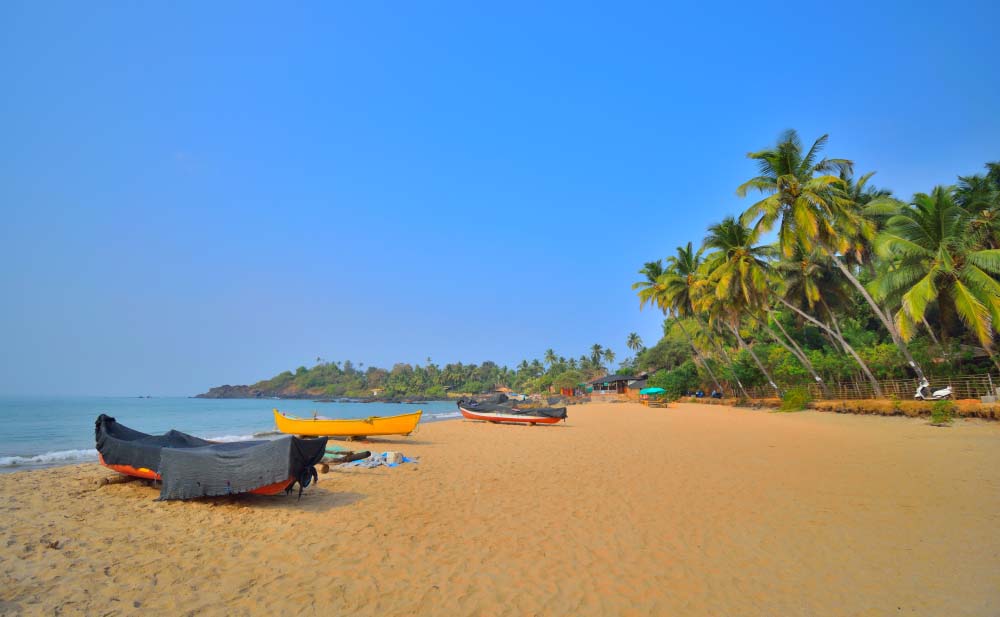 Insight Guides can help you plan and book incredible trips to India. Simply get in touch to let us know your ideas for the trip and when you would like to travel. Local experts will then create a personalized itinerary to your requirements, which you can amend until it is exactly how you want it before booking. You can browse our pre-planned itineraries for inspiration, and keep in mind that they can all be tailored to suit your specific needs.

Driver was incredible and all guides were excellent. Complete trip was beyond our expectation. We are happy to have chosen this travel agency.