Best of Brazil for football fans

To Brazilians, football is not merely the beautiful game, it’s a national passion that runs through the veins, a theatrical spectacle of life, love, elation and (sometimes) epic disappointment. This is, after all, the nation that gave the world football icons like Pelé, Ronaldinho and Ronaldo. 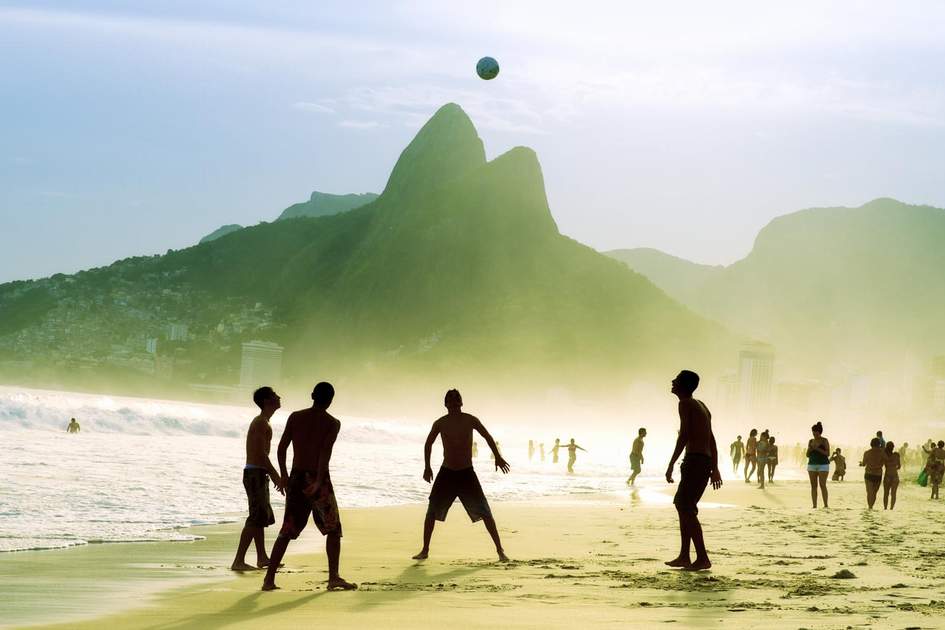 From touring the iconic Maracanã stadium, to watching a match in the feverish heat of the Amazon rainforest, and discovering classic World Cup moments, here is our guide to five of the best Brazilian destinations for football fans.

It seems appropriate to kick-off with one of the world’s most famous stadiums – Rio de Janeiro’s Maracanã. Built for the 1950 World Cup, this temple to football offers tours which begin in the stadium’s permanent museum, where visitors can discover details about milestone matches played at the Maracanã, its history, and key players that have graced its hallowed turf.

After heading behind the scenes to the press area and changing rooms, there’s an opportunity to step out onto the pitch on which Pelé scored his hugely-anticipated 1000th goal (‘O Milésimo’). For the full Maracanã experience, check-out Flamengo’s fixtures – the team recently finalised a deal to play their home matches here until 2022 – and, while you’re in Rio, head to Copacabana or Ipanema to enjoy a kick-around on their sun-kissed beaches. 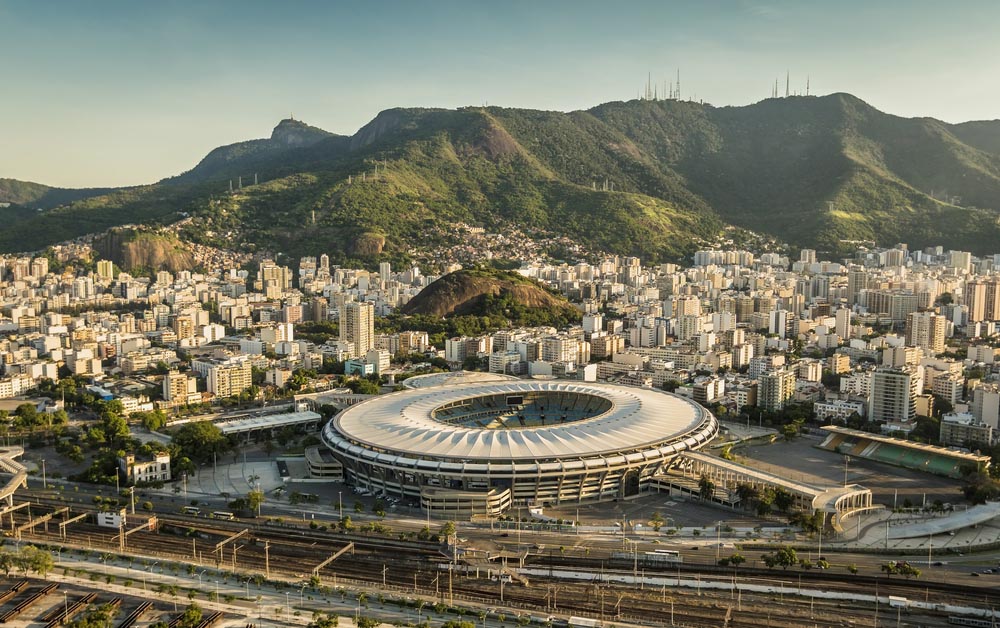 Not only is cosmopolitan São Paulo Brazil’s biggest city, but it’s also home to four of the country’s major football clubs – Corinthians, Palmeiras, Santos and São Paulo – as well as the impressive Museo do Futebol.

Located within the iconic art deco Municipal Stadium Paulo Machado de Carvalho (better known as Pacaembu), this mecca for football fans comprises 15 rooms that explore the history and cultural significance of football in Brazil, honouring unforgettable idols and goals alongside memorable World Cup wins. If you don’t get to also watch a match during your visit, make sure you don’t miss the museum’s Sala de Exaltação (Exaltation Room), which recreates the crazy intensity of a match day with chanting, clapping and drumming. 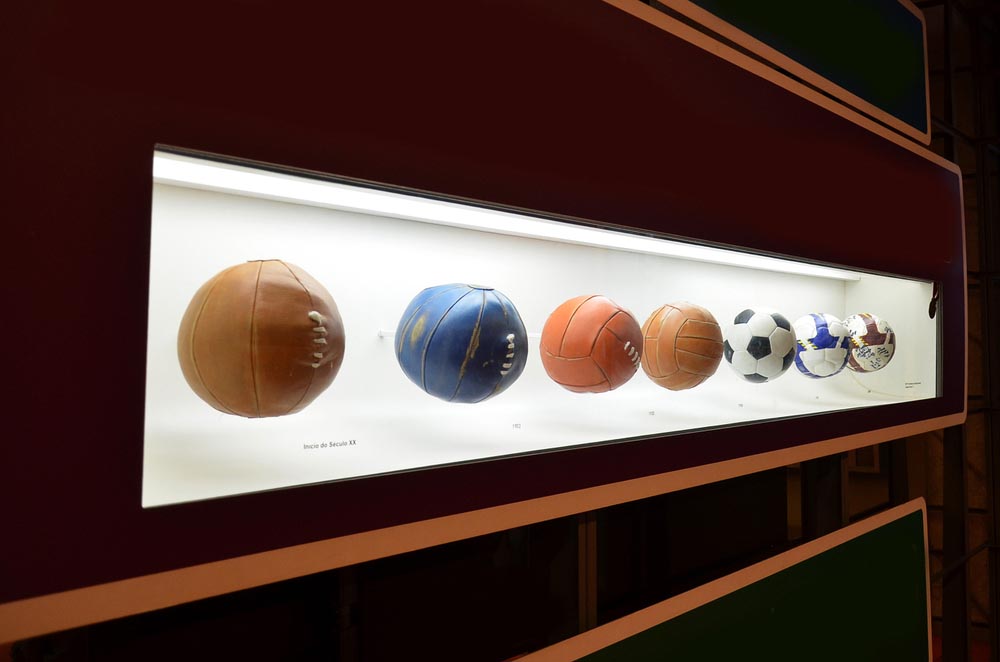 Surrounded by mountains, the metropolis of Belo Horizonte (Beautiful Horizon) allows travellers to indulge a love of football in close proximity to the UNESCO World Heritage Site of Lake Pampulha. The city’s Mineirão Stadium, which was fully renovated for the 2014 FIFA World Cup, houses a museum of national and local football history. When you’re done exploring the museum's fascinating exhibits, check out the area surrounding nearby Lake Pampulha, which is home to striking modernist buildings designed by the innovative and influential Brazilian architect Oscar Niemeyer, including Pampulha Art Museum and the striking Capela Curial de São Francisco de Assis church. The city also offers an abundance of expansive parks, while the nearby Mata do Jambeiro forest nature reserve supports more than 100 species of birds.

Taking inspiration from the rainforest that surrounds it, with an exterior that’s reminiscent of the straw baskets that are made by local indigenous people, the Arena da Amazônia in Manaus was built for the 2014 FIFA World Cup and is now home to the region’s oldest team, Nacional Futebol Clube. Manaus is an eclectic mix of modern metropolis and major port, with the imposing 19th-century Teatro Amazonas adding a dash of Belle Époque beauty to the city. After experiencing the fever-pitch heat of a Nacional match, a world of wildlife wonders await in the city’s Amazonian environs, including the protected rainforest of Jaú National Park. 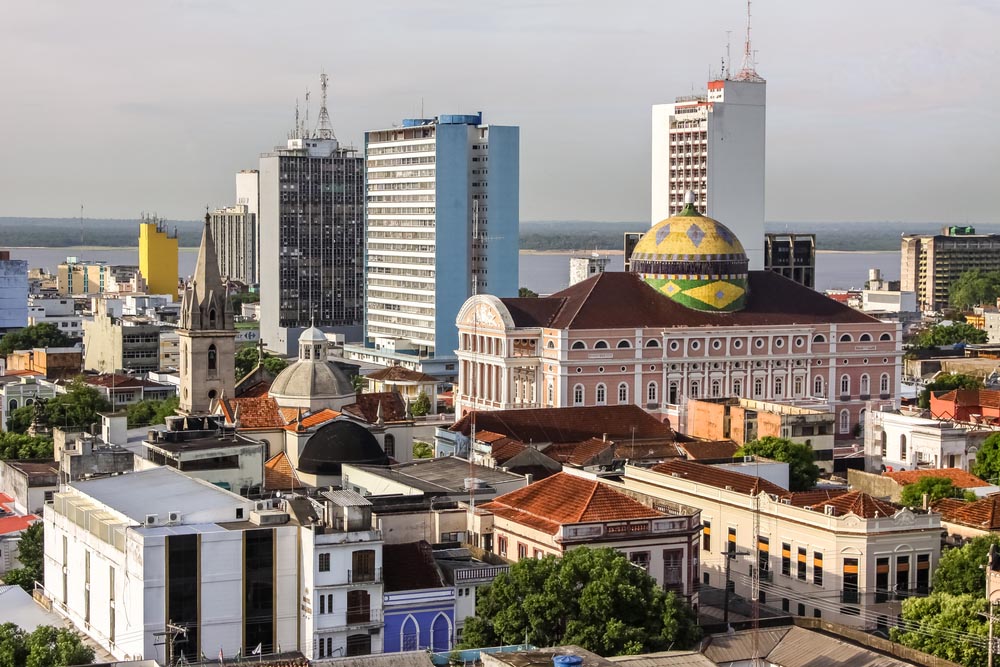 View of Manaus with the Teatro Amazonas. Photo: Uwe Bergwitz/Shutterstock

Capital of Brazil's southernmost state, Porto Alegre is home to one of Brazil’s biggest clubs, Sport Club Internacional, which is based in the Estádio Beira-Rio. Built in a park on the banks of the Guaiba River, radical renovations to this landmark stadium include a roof that changes colour and shields supporters from the sun and rain – upgrades that befit a city of such footballing pedigree (two of its teams – Gremio and Internacional – are among the Brazilian elite). The city itself is within easy reach of stunning natural wonders like the verdant Itaimbzinho Canyon, and the beaches of Rio Grande do Sul.

Ready to take a trip to Brazil?

Our local experts can organise fantastic trips to Brazil for you. To get started, simply get in touch to let us know your ideas for the trip and when you would like to travel. We will then create a personalised itinerary especially for you, which can be amended until you are happy with every detail before booking. You can browse our existing itineraries for inspiration, and keep in mind that all of our pre-planned itineraries can be fully tailored to suit your own specific requirements.