Get prepared: Carnival in Cologne

Illustrious Cologne is the greatest city in Western Germany and one of the most diverse and liberal in Europe. A manifestation of the city’s keenly developed sense of its own unique identity is its fun-loving approach to life, which is most obvious during the annual Carnival in Cologne. 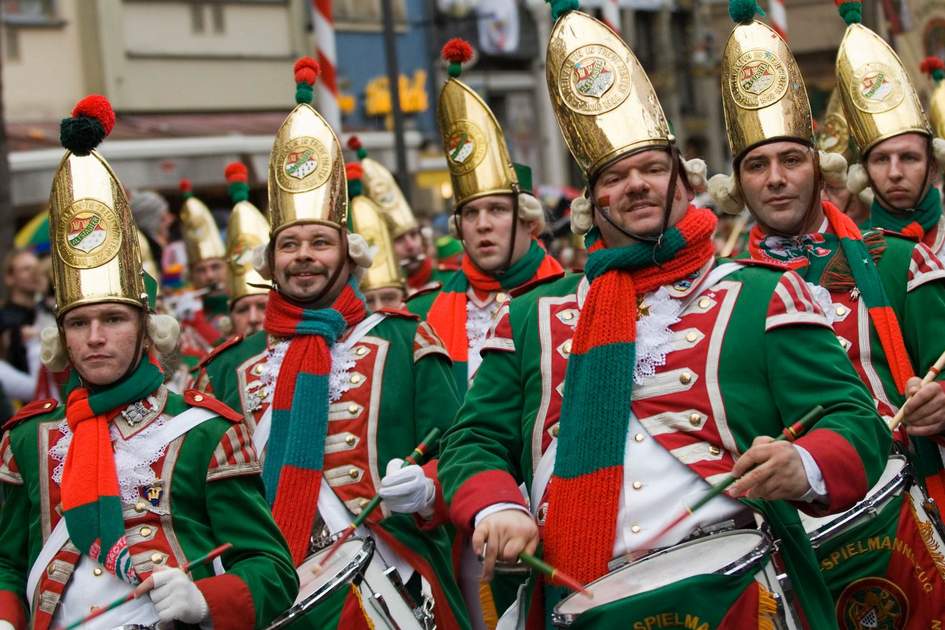 The origins of the spirited revelry that typify Cologne Carnival date back to the Middle Ages when it was a festival marking the end of winter and an opportunity to indulge in life’s pleasures one last time before a period of fasting. Today, the event adheres to the Christian custom of celebrating prior to the Lenten time of abstinence leading up to Easter, and is one of the largest street festivals in Europe. Here is our guide to Cologne Carnival.

Undoubtedly the biggest annual event on the city’s calendar, Carnival in Cologne is celebrated with as much ceremony and riotous merrymaking as in Rio or anywhere else in the world. Known locally as the ‘fifth season of the year’, it is launched officially on 11 November at 11.11am, but begins in earnest in the New Year as dozens of events take place leading up to the season’s climax in the days preceding the start of Lent. 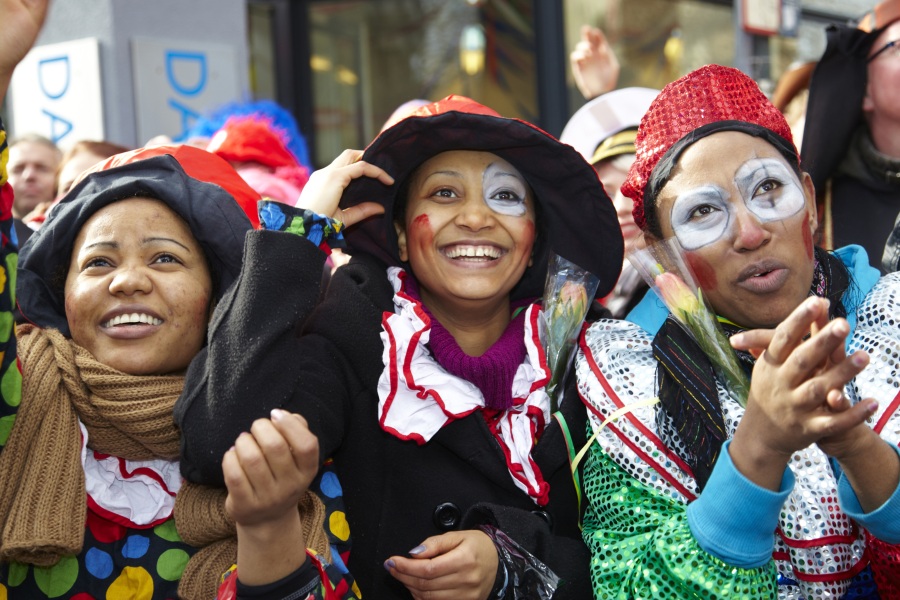 The Thursday before Ash Wednesday marks the first of the carnival’s five ‘crazy days’, when the party starts for real. The day sees the streets alive with people in fancy dress from early in the morning preparing for the start of the festivities. At precisely 11.11am, in the historic Alter Markt town square, the street Carnival is officially opened by the mayor of Cologne alongside the trio of principal carnival characters: the Peasant, the Prince and the Virgin.

Joyous celebration ensues fuelled by generous quantities of the city’s Kölsch beer. The Old Town’s pubs and brew houses are packed to the rafters and the city centre streets throng with revellers in fancy dress singing and dancing to the music spilling out of bars and restaurants. If you would prefer to party indoors, get to your ideal venue as early as possible to avoid standing in queues. Festivities continue throughout the day and on until the next morning.

Many carnival goers spend Friday recovering from the previous day’s celebrations, but the city’s pubs and bars are nevertheless full with people, while the evening features masked costume balls. 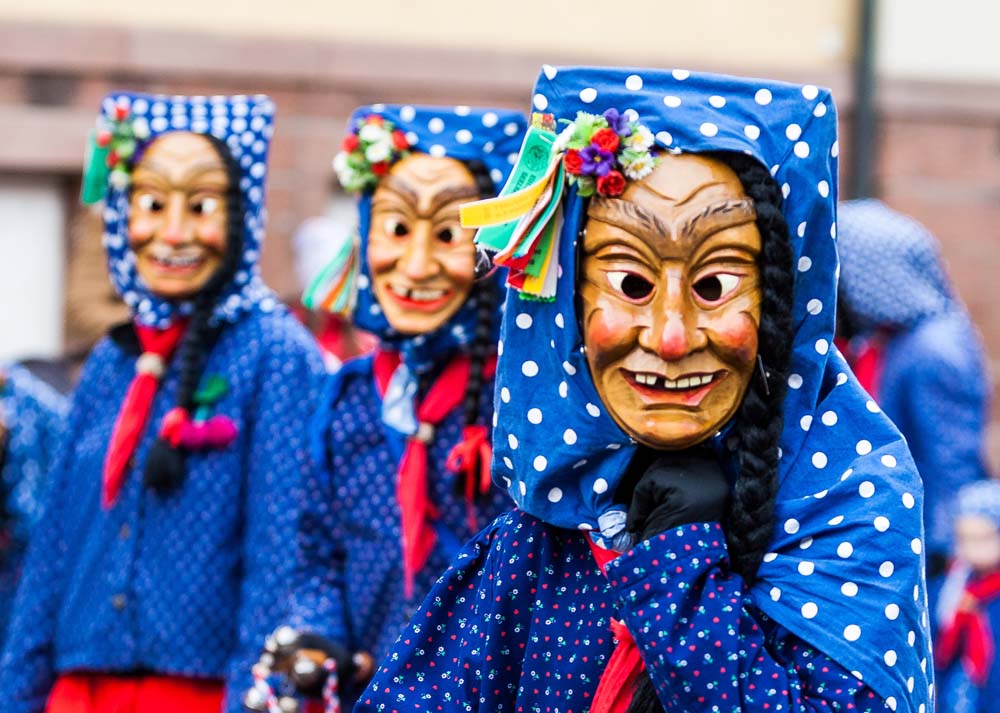 Saturday’s highlight is the evening Ghost Parade. In contrast to other organised carnival parades, anyone who shows up in a spooky costume can participate in this event. Now established as an alternative carnival tradition, the parade first took place in 1991 when the main carnival parade was cancelled as a result of the Gulf War. Anti-war protesters dressed as ghosts and vampires marched along the usual parade route and were subsequently joined by long-established carnival groups who also wished to express their anger and indignation. Needless to say, a host of parties take place after the parade as the carnival season celebrations continue.

Parades dominate proceedings on Sunday with children from local schools in original costumes and neighbourhood parades processing through the centre of Cologne. The following day, the Rose Monday parade, or Rosenmontagszug, is the peak of the carnival celebrations. Starting at 10.30am from Chlodwigplatz in the south of the city, the huge parade works its way slowly towards, then around the city centre. More than a million people line the streets to watch dozens of marching bands and extravagantly decorated floats pass by, as participants in elaborate fancy dress costumes answer the cries of ‘Kamelle!’ or ‘Strüssjer!' by throwing flowers or handfuls of sweets out to the crowds.

The parade takes around three hours to pass along the 6km long route. Carnival organisations sell tickets for grandstand seats in some of the best places to watch, but if you arrive early enough you can grab a great free spot at the roadside – Friesenplatz and Appellhofplatz are usually good locations to try. 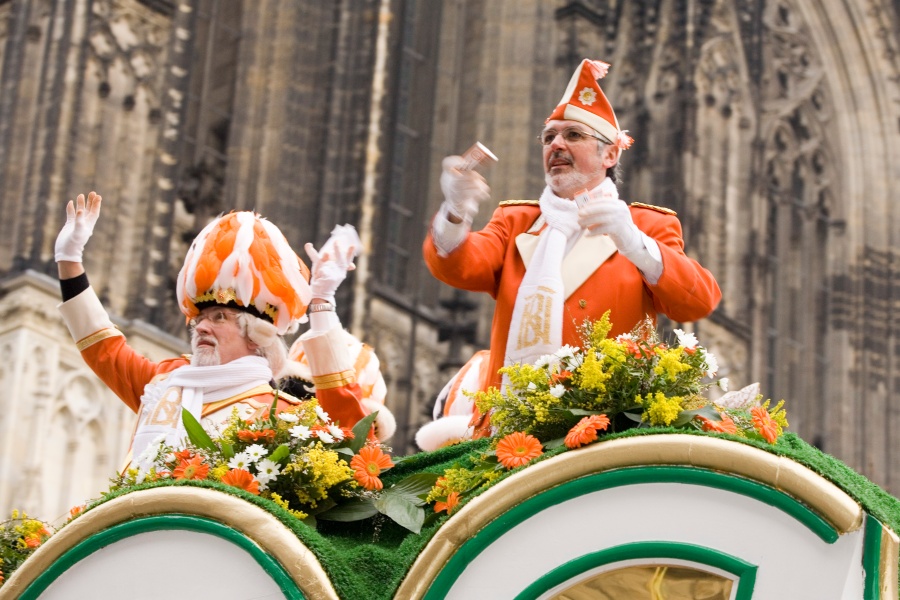 Tuesday marks the last day of the carnival. At midday, parades through the suburbs with costumed participants, dancers and music ensembles are followed by celebrations that continue until midnight. On the eve of Ash Wednesday, straw figures called the ‘Nubbel’ are burned across the city, symbolically eradicating all the sins that were committed during the crazy days of the carnival. 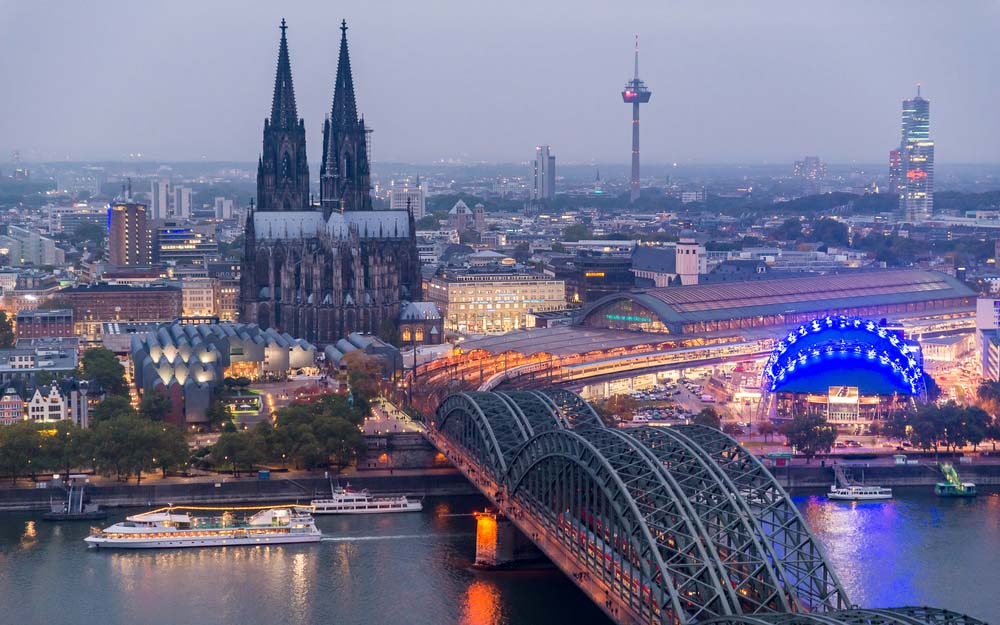 Ready to take a trip to Germany?

Insight Guides can help you plan and book amazing trips to Germany. Simply get in touch to share your ideas for the trip and to let us know when you would like to travel. Our local experts will then create a personalised itinerary based on your specific requirements, which you can amend until it's exactly how you want it before booking.

Explore Northern Germany on Your Own