Shanghai is rooted in modernity and tradition, and this is excitingly evident in its arts scene. From opera to dance, it's easy to be entertained by the the city's performances as it transforms into a cultural hub. Here is our guide to discovering Shanghai's performing arts. 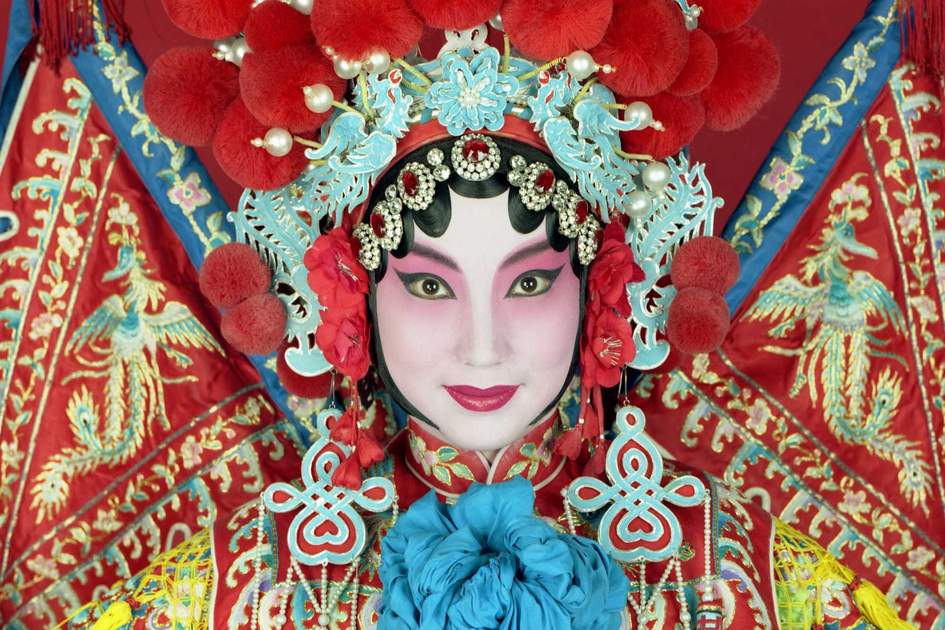 Chinese opera, music, drama, dance and cinema are all staging a major comeback in Shanghai, as the city moves to reclaim its former glory as a world cultural centre. Shanghai’s rich performing arts culture - whether contemporary or rooted in its history - is a feast for the eyes and the senses, ensuring you'll never be bored in this lively city.

The Shanghai Grand Theatre is the city’s first world-class theatre, a gleaming glass and steel structure, with an aluminium roof that arcs gracefully toward the heavens. The building opened in August 1998 and has succeeded in luring the world’s top performing arts companies to Shanghai.

You can experience two different kinds of opera styles in this great space, Beijing and Peking style. The traditional Beijing-style is often considered the chief among the traditional performing arts of Chinese opera, although perhaps the most challenging for audiences to watch. Few props are used, which means the audience must use their imagination to fill in the blanks. Characters are only recognisable by their make-up and costumes and differences are hard for a novice to spot.

Unless you’re up for the challenge, opt for the more modern Peking style of opera. It features gentle and melodic music, dominated by the bamboo flute, and its librettos (an opera script, for those not in the know) are long and lyrical. Try and catch a performance of the The Peony Pavilion, written by Tang Xianzu in 1598, to really immerse yourself. It has 55 acts, a cast of 100 and still packs a punch. 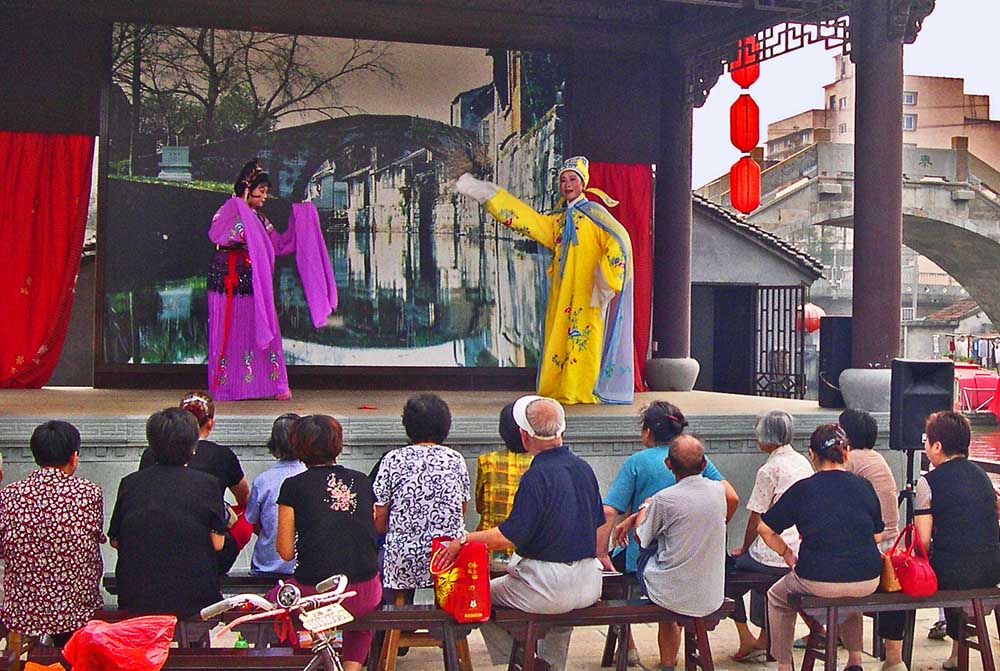 Performance of a Chinese drama at a small outdoor theater in Fengjing, an ancient water town close to Shanghai. Photo: Shutterstock

In Shanghai you’re spoilt for choice of orchestra, with the city supporting multiple separate ensembles. The Shanghai Symphony Orchestra dates to 1879, when it began as a modest town band and over the years became a large symphony.

The Orchestra performs the works of classical and contemporary European composers at the Lyceum Theatre. As the years went on, traditional instruments were modernised, new instruments were created, and Western-style orchestral ensembles were formed. But it’s an experience you shouldn’t miss with performances still rooted in Chinese history.

If classical music makes you nod off, try something a little different by catching a Pingtan performance. Pingtan is a spellbinding mixture of theatre and music with the use of animated expressions and Chinese string instruments to tell the tale. It serves as a window to the ancient world of Shanghai entertainment. Whatever your taste, experience a performance as part of Insight Guides' Complete China: Beijing, Xi’an and Shanghai trip.

Contemporary theatre in Shanghai is a relatively recent success with the first spoken drama performed by the Chinese in 1907. It was not until much later when The China Travelling Dramatic Troupe founded that took spoken drama from Shanghai to the rest of the nation. Although it doesn’t have a lengthy history, there are still poignant classics to feast your eyes on such as Cao Yu’s 1936 Thunderstorm, a tragedy that remains a classic on the Chinese stage.

The increasing number of international theatre troupes perform everything from Shakespeare to contemporary Asian drama. Take your pick from the vast range of captivating performances at the Shanghai Grand Theatre. 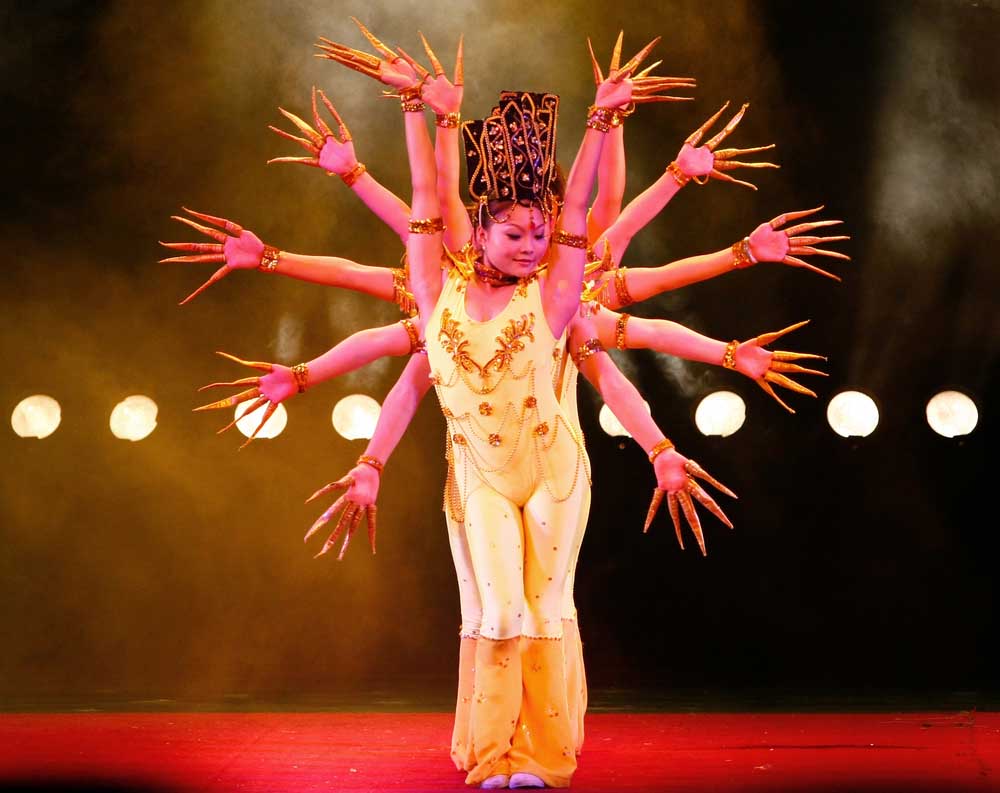 Dance is wildly popular in Shanghai, but traditionally more as a group activity than as an art form which people watched in a theatre. Ballroom dancing in particular can be seen anywhere with couples twirling on pavements and parks in the early morning hours rather than on brightly lit stages in heavy gowns.

Ballet and contemporary dance were brought to Shanghai by the Russians in the 1920s. Classic poses from Peking opera were integrated into ballet and the choreography was made more 'revolutionary', to match the atmosphere in society at the time. The ballerinas danced with clenched fists and rifles, their eyes ablaze with the fire of class hatred. However, should you go watch a ballet today, you’re unlikely to witness this revolutionary attitude that once stormed the stage.

Cinema got its start in Shanghai, where the first film ever shown in China was screened in 1896 as an interlude between magic tricks and a firework display in a vaudeville show. By the 1930s, movies were the biggest form of entertainment, with first-run Hollywood films shown in lavishly decorated auditoriums that could seat nearly 2,000 people. The cinema also received a lot of support from the Communist Party in its conception and skyrocketed in success.

Today, Shanghai markets itself as a cheaper, more exotic movie-making locale for Hollywood. Mission Impossible III, The White Countess, The Painted Veil, Her and Skyfall were all filmed in Shanghai, with many more in the making.

Ready to catch a great performance in Shanghai?

Our local experts can plan fascinating trips to Shanghai for you. Simply get in touch, telling us when you'd like to travel, and your ideas for the trip. We will then create an itinerary for you, which you can amend until you're happy with every detail before booking. Our existing itineraries can offer inspiration, and remember that all of our planned itineraries can be tailored to suit your needs.