If you’re planning a trip to Barcelona don’t miss the astonishing work of Antoni Gaudí. Our local experts have put together a walking tour of two of his masterpieces 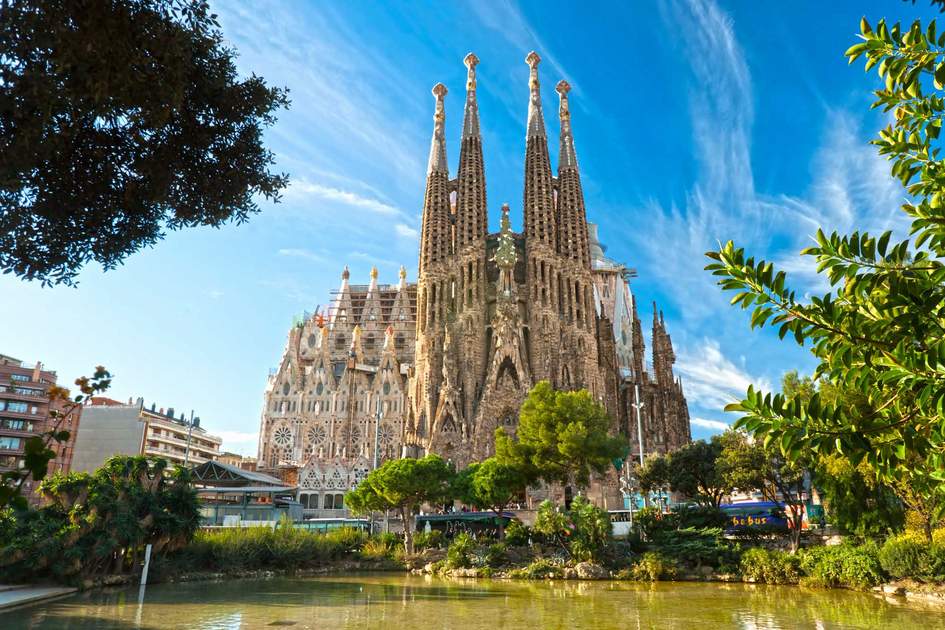 Take a trip with Insight Guides: You can visit Barcelona on our Cultural Cities of Spain trip. The trip includes a guided tour of Gaudí’s famous buildings, including La Sagrada Família and Park Güell.

Points to note: You can buy a combined ticket for both Sagrada Família and the Casa-Museu Gaudí in Park Güell at either place.

No visit to Barcelona is complete without a tour of the buildings of the great Modernista architect Antoni Gaudí. Start the day with a guided tour of the astonishing, unfinished temple. After Gaudí had completed his last commission, Casa Milà, in 1910, he devoted the remaining 16 years of his life to the Temple Expiatori de la Sagrada Família.

Before entering, it is worth circling the unfinished building to get an idea of its layout. The austere west front was completed in the 1980s with statues by local artist, Josep Maria Subirachs, and by the Japanese sculptor, Etsuro Soto. The only façade Gaudí completed is the eastern one dedicated to the Nativity, with three doorways: Faith, Hope, and Charity, and four coloured, tentacled towers, one of which has an internal lift to take visitors skywards.

Part of the fascination lies in watching the builders and craftsman going about their work. In 2010 the main nave was finally covered, resplendent with tree-like columns and dazzling roof. The church was consecrated by Pope Benedict XVI on 7 November 2010. At 110m (360ft) in length, the Sagrada Família will eventually be 27m (87ft) longer than the city’s cathedral and nearly twice the height, with the main tower rising to 198m (650ft). The church has eight spires, with Gaudí’s original plans showing 18. Completion is currently set for 2030 – the once preferred date of 2026, commemorating the centenary of Gaudí’s death, now looking increasingly unlikely.

The crypt where Gaudí is buried also houses the museum that shows how he envisaged the finished temple, and how his ideas often changed. Controversy over the final design still rages as to whether it will live up to Gaudí’s dream.

On leaving the Sagrada Família, stroll up Avinguda de Gaudí on the north side of the temple. This anarchic diagonal avenue leads to the Hospital de la Santa Creu i Sant Pau.

Designed by Lluís Domènech i Montaner, and begun in 1902, the hospital is a fine Modernista work, with separate pavilions connected by underground walkways, in the style of a pleasant garden city. It is now a Unesco World Heritage Site. 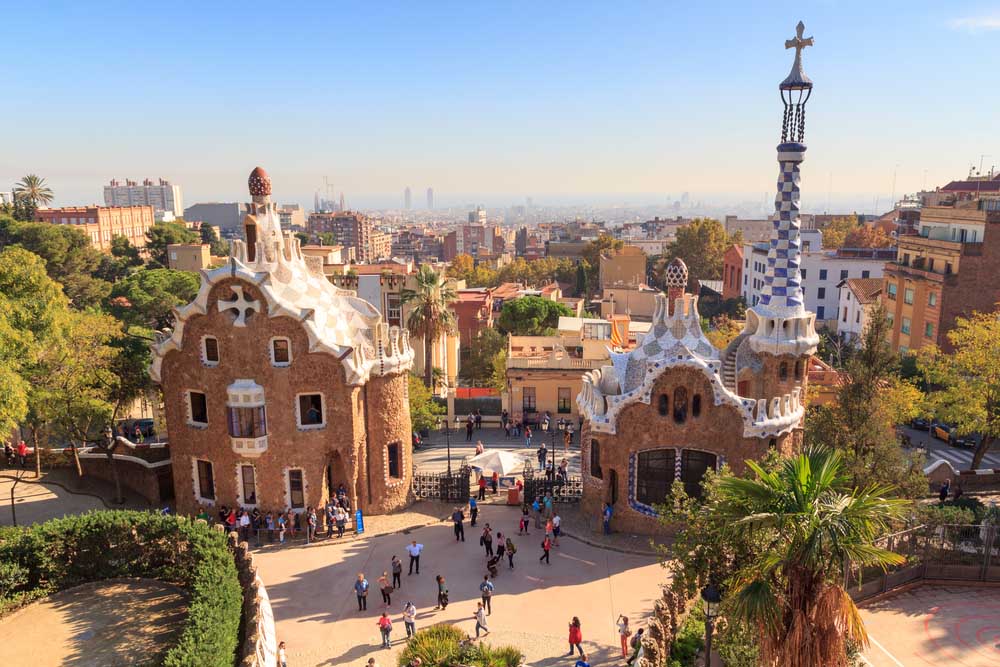 It is now time to progress to Park Güell. There are several ways of reaching it from Sagrada Família: hop on the tourist bus outside the church; take the metro to Lesseps, then walk uphill 1.2km (0.75 miles) or take No. 92 bus from outside the hospital de la Santa Creu i Sant Pau. Alternatively, hail a taxi.

The site was originally owned by Gaudí’d patron, the affluent industrialist Eusebi Güell, who had wanted to create a garden city of houses in the English style here – hence the English spelling of ‘park’. The project never came to full fruition, and in 1922 the Güell family donated the park to the city instead.

The main entrance is flanked by two whimsical pavilions designed by Gaudí. The one on the left is a shop, while the one on the right houses an exhibition giving the background to the construction of the park.

A double staircase, presided over by a magnificent tile-mosaic salamander, leads up to the park’s main feature, a two-tiered plaza. The lower part is a hypostyle hall, originally intended to be the market hall for the estate. Framing the plaza is a wavy, tile-mosaic parapet from where there is a grand view out over the city. This long, colourful, undulating bench was actually the work not of Gaudí but his assistant, Josep Jujol i Gilbert.

In 1906, Gaudí bought the home of architect Francesc Berenguer, to the right of the park entrance. This is now the Casa-Museu Gaudí, housing furniture from the architect’s time, including his bed, prie-dieu and crucifix. Return to the centre on bus No. 24, or from Lesseps metro.

We had a wonderful time. I really want to move to Spain now! Feel free to use our Mother Son photo on your website. Thank you.

Every step of the planning process and the trip itself was effortless and exceptional. Our special interests, preferences and requests were accommodated resulting in a trip that exceeded our expectations.