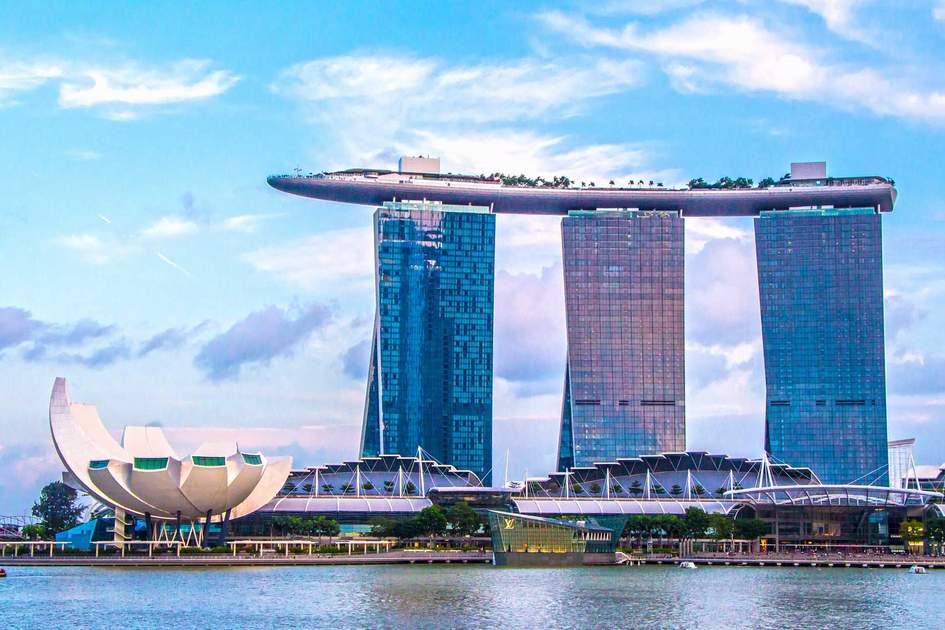 Points to note: Take the MRT to the City Hall station and turn right into CityLink Mall after the fare gates. Follow the signs to the Esplanade. From there, you can explore the entire Marina Bay loop.

The Singapore River empties into the Marina Bay, an artificial inlet formed by reclaimed land. Marina Bay is also the name of the area around the bay, the city’s new downtown. A landscaped promenade forms a continuous pedestrian route along the waterfront, linking the esplanade to Collyer Quay and the Marina Bay Sands Integrated Resort.

Start your tour at The Esplanade, Theatres on the Bay. The s$6000 million Esplanade, designed by British architect Michael Wilford and Singapore’s DP Architects, was somewhat controversial when it was completed in 2002, with the spiny exterior of its two colossal dome-shaped auditoriums often compared to the thorny husks of the durian fruit. Singaporeans have, however, grown to love the bold architecture.

If it permits during your visit, make sure to catch a performance here. The 1,600-seat concert hall and 2,000-seat theatre have outstanding acoustics. The well-regarded Singapore Symphony Orchestra performs its season at the concert hall; tickets are available at the box office.

From the mall, exit onto the Marina Bay Promenade. Walk along the waterfront; the view of the CBD skyline from here is fantastic. Continue under the Esplanade Bridge to the Esplanade Park, a green belt along Connaught Drive.

At the park’s northern end is the Victorian-style Tan Kim Seng Fountain, constructed to mark the merchant’s contribution in 1857 to build the town’s water works. The Cenotaph, whose granite surface is engraved with the words ‘Our Glorious Dead’, is dedicated to the 124 British men who lost their lives in World War I. After World War II, more inscriptions were added on the other side of the stone. At the southern end is the Lim Bo Seng Memorial, dedicated to the war hero who led the anti-Japanese resistance movement, Force 136, during World War II.

Head onto the pedestrian path along Anderson Bridge. Ahead is the Art Deco-style Fullerton Waterboat House (1919), so named because it supplied water to ships anchored out at sea. Restored with its original curved façade intact, the building now houses a roof-top bar and Boathouse Restaurant.

Just before the Waterboat House, turn left and follow the path to the Merlion Park. By the water’s edge is an 8.6m (28-ft) -high statue of the water-spewing Merlion. First unveiled in 1964, the tourism icon has a lion’s head, which recalls the myth of ancient Singapore’s founder Sang Nila Utama, said to have spotted a lion on the island around the 14th century. Its fish tail symbolises the city’s beginnings as a fishing village.

Next to the Merlion Park is the glass-and-steel One Fullerton, with a clutch of restaurants and cafes offering alfresco, waterfront seating.

The Fullerton Hotel is linked by an underpass to One Fullerton. It occupies a 1924 building named after Robert Fullerton, the first Governor of the Straits Settlements, and a fine example of the Edwardian Baroque Neoclassical style that once dominated the Civic District. Before it was restored and reopened as a hotel in 2001, the building was the heart of social and commercial life as the Chamber of Commerce and the General Post Office.

The Fullerton Waterboat House, Fullerton Hotel and One Fullerton make up a leisure precinct known as Fullerton Heritage, which also comprises the Collyer Quay area further south along the waterfront. The re-developed customs house today houses the Fullerton Bay Hotel, several restaurants and bars, all with stunning views of the bay. From Customs House, walk along the waterfront promenade which links to Marina Bay Sands. 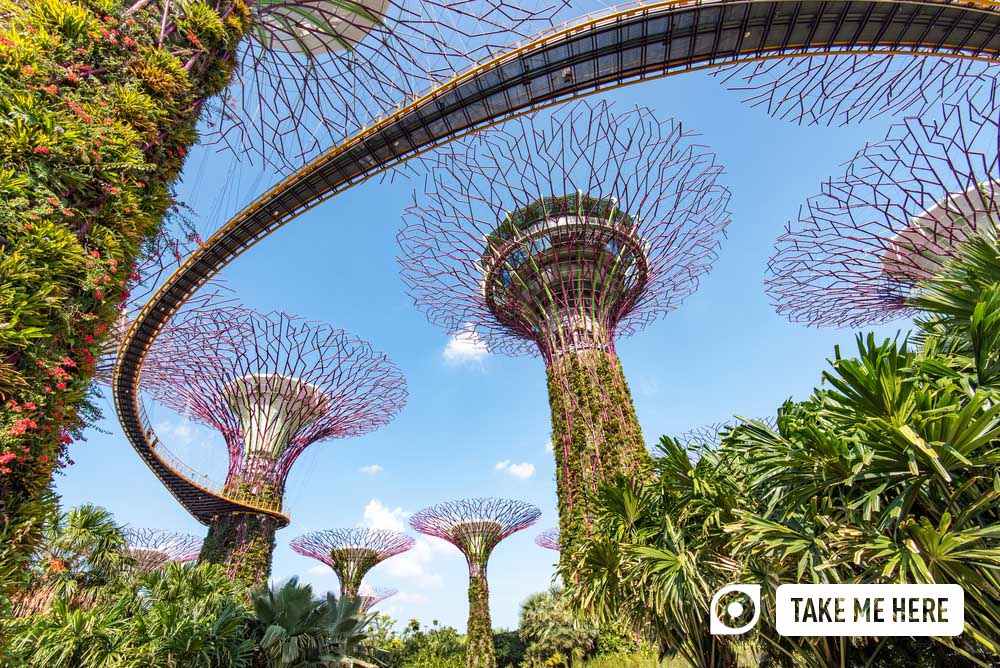 Gardens by the Bay. Photo: Shutterstock

The centrepiece of this area is the massive Marina Bay Sands, the most expensive development ever built by the American casino-resort giant, Las Vegas Sands. This ‘integrated resort’ has transformed Singapore’s skyline since it was completed in 2010; the mega leisure, entertainment and hospitality complex features a casino, luxury hotel, convention facilities, high-end boutiques, a theatre, nightclubs, bars and restaurants.

One of the many ‘engineering wonders’ here is the 200-metre Sands Sky Park, a fascinating structure designed by architect Moshe Safdie. Perched on top of the three lofty hotel towers is a sweeping 1.2-hectare tropical park with deck, an infinity pool and amazing views of the skyline.

To the west of Marina Bay Sands Integrated Resort is the Marina Bay Financial Centre, an extension of the CBD.

Garden by the Bay

Across the highway via a pedestrian bridge is an area called Gardens by the Bay, featuring two lush conservatories: Flower Dome, with controlled 22°C environment, and Cloud Forest, which boasts the world’s tallest indoor waterfall. There are also a dozen towering Supertrees offering shade in the day and glittering light displays at night. Two of the Supertrees are connected by the OCBC Skyway, affording views of the sprawling area.

Another engineering masterpiece nearby is the world’s first double helix curved bridge which allows pedestrians to walk across from Marina Bay Sands to the other side of the waterfront. This bridge affords beautiful sunsets and views of the bay from its look-out points. End your tour at the Youth Olympic Park, an ‘art park’ with creative installations by local youths. It is right at the end of the Helix Bridge and near the Floating Stadium.

Ready to take a trip to Singapore?

Learn how to cook Singapore style on your next holiday