How to explore Tokyo's Imperial Palace

After a visit to Tokyo's most controversial shrine, stroll through the peaceful Imperial Palace grounds, taking in a couple of interesting art museums and finishing up at the city's first European-style park. 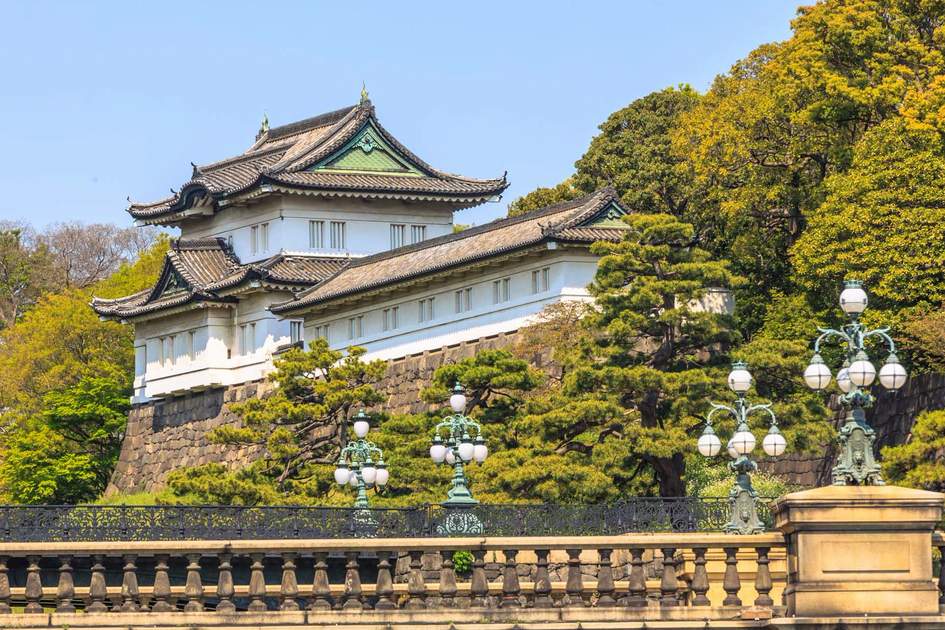 At the heart of the buzzing metropolis, the Imperial Palace, home to the world's oldest monarchy, stands amid the grounds of the once formidable Edo Castle. Tokyo's rise began here is 1590, when the first shoji, Tokugawa leyasu, chose the site as his new headquarters. When the castle was completed in 1640, it was the largest in the world. Here's how to explore this enchanting area:

From Kudanshita Station, walk uphill towards the huge steel tore gate marking the entrance to Yasukuni-jinja. Built to enshrine the souls of around 2.5 million war dead, this controversial Shinto shrine was completed in 1869. To the rear, there is a pretty, ornamental garden with a teahouse and an adjacent sumo ring where bouts are held during the shrine's spring festival. 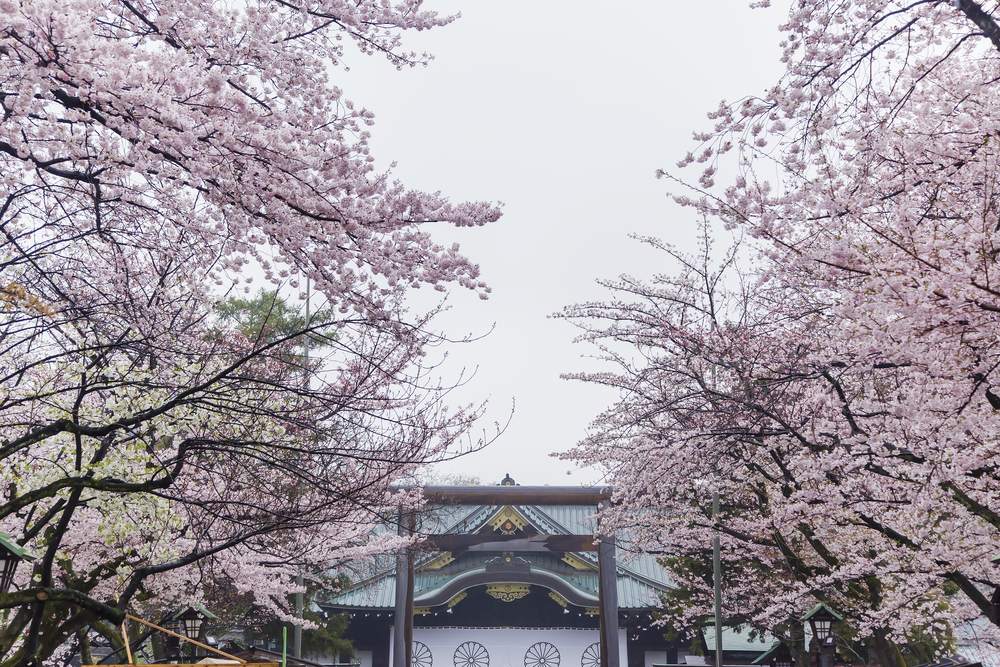 Yasukuni's fascinating museum, Yushukan, houses samurai costumes, faded photos, letters from the front and other reminders of Japan's tragic military past, all presented with a revisionist view of Japan's 20th century war-making. Look out for the Kaiten, a human suicide torpedo.

Cross busy Yasukuni-dori to reach Tayasu-mon, the entrance gate to Kitanomaru Park (Kitanomaru-koen). The former home of the Imperial Guard is now a wooded area with nature trails and some interesting museums.

Walk south and the outline of the martial arts hall Nippon Budokan, built for the 1964 Olympics, will come into view. The design of this striking octagonal hall, with a curving roof and what looks like a golden top-knot, is based on that of the Horyu-ji Buddhist temple's Hall of Dreams near the ancient city of Nara (southwest of Tokyo). Concerts, exhibitions and tournaments of Karate, archery, jodo and Japanese fencing are held here.

Continue through the park, heading to the right to reach the rewarding Crafts Gallery, which is housed in a handsome Gothic Revival-style red-brick building, erected in 1910 to accommodate the old Imperial Palace Guard. Many of the exhibits, notably ceramic items, textiles and lacquerware, are the work of craftsman honoured as 'Living National Treasures'.

The Crafts Gallery is an annexe of the nearby National Museum of Modern Art. Besides an impressive display of paintings and sculptures by Japanese artists from the Meiji era to the present, the museum also has a few works by foreign artists such as Picasso. L'Art et Mikuni is the museum's stylish restaurant. 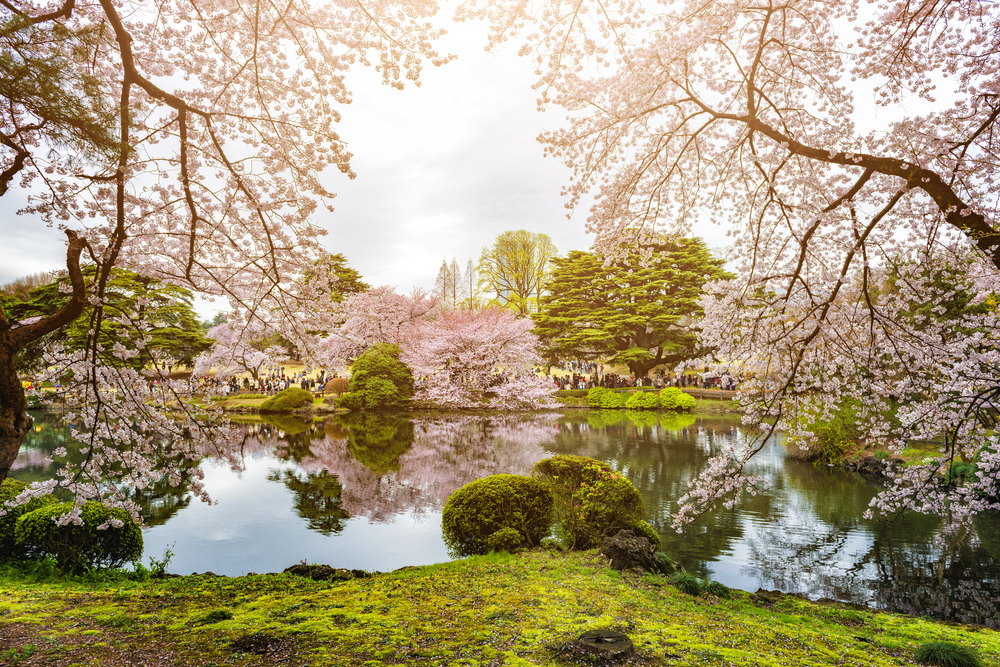 Around the Imperial Palace East Garden

Passing over the highway and a section of the old castle moat, walk through the Kitahanebashi-mon gate to enter the Imperial Palace East Garden. This ornamental garden, with its inner circle of moats, was the site of Edo's original five-tiered keep. The keep burnt down in a major fire that swept Edo in 1657. The heat was apparently so intense that it melted all the gold reserves kept in the keep's vault. Only its sturdy stone base survives, but it is worth climbing this to get a view of the surroundings, including the mosaic-decorated Imperial Music Hall (Toka-Gagudo).

The walls of the inner moat have fared better. Huge blocks were cut from great slabs of stone brought by ship from Izu, 80km (50 miles) away.

Leave the garden through Ote Gate (Ote-mon), an impressive replica of the original main gate, and step into the precincts of the Outer Garden, now known as the Imperial Palace Plaza (Kokyomae Hiroba). The former gardens, planted with some 2,000 Japanese black pine trees and lawns in 1899, are split by wide Uchibori-dori. In the plaza's north-eastern corner is the Wadakura Fountain Park, built to celebrate the royal wedding of the emperor and empress in 1961, and refurbished on the occasion of their son's marriage in 1995.

Continue south across the plaza to have your photograph taken against the picturesque backdrop of Nijubashi, the Double Layer Bridge, with the graceful outline of the Fushimi Turret (Fushimi Yagura), and perhaps a swan or two gliding under the willow trees of the outer moat. Follow the moat south to find Sakurada-mon, dating from 1620, the largest of the remaining gates of Edo Castle. Although damaged by the Great Kanto Earthquake of 1923, the gate was rebuilt and is designated an 'Important Cultural Asset'.

Exit the Imperial Palace Plaza at the Iwaida Bridge (Iwaida-bashi) over the Gaisen Moat (Gaisen-bori). Cross the highway and enter Hibiya Park on your left. This 16ha (41-acre) former parade ground was restyled as Japan's first Western-style park in 1903. It remains a curious mixture of Meiji-period Japanese and European landscaping, with an original wisteria trellis, crane fountain and a Japanese garden. Among the several places to eat here, the most pleasant is Matsumotoro.

There are hundreds of cherry trees in Yasukuni's grounds, making this a prime spot for hanami (cherry-blossom viewing) in spring. Festivals to entertain the spirits of the dead are also held in the shrine grounds in late April and mid-October.

The Imperial Palace Plaza has witnessed some momentous scenes of recent history. Survivors of the Great Kanto Earthquake gathered here in 1923, and in August 1945 several members of Japan's officer corps committed seppuku (ritual suicide) here, in order, it is said, to atone for their failure in World War II. In the 1950s and 60s student radicals and workers rallied at the plaza to take part in sometimes violent demonstrations.

Read more: Take in Tokyo's top 10 things to do

Modern vs. Traditional: How to experience the best of both worlds on your trip to Japan

City shopping guide: how to bag a bargain in Tokyo