The best known of India’s religious festivals, Holi, has gone international, with revellers celebrating it across the world each spring. However, it is just one of many equally striking festivals which take place each year in India. Here is our guide to India’s most vibrant religious festivals. 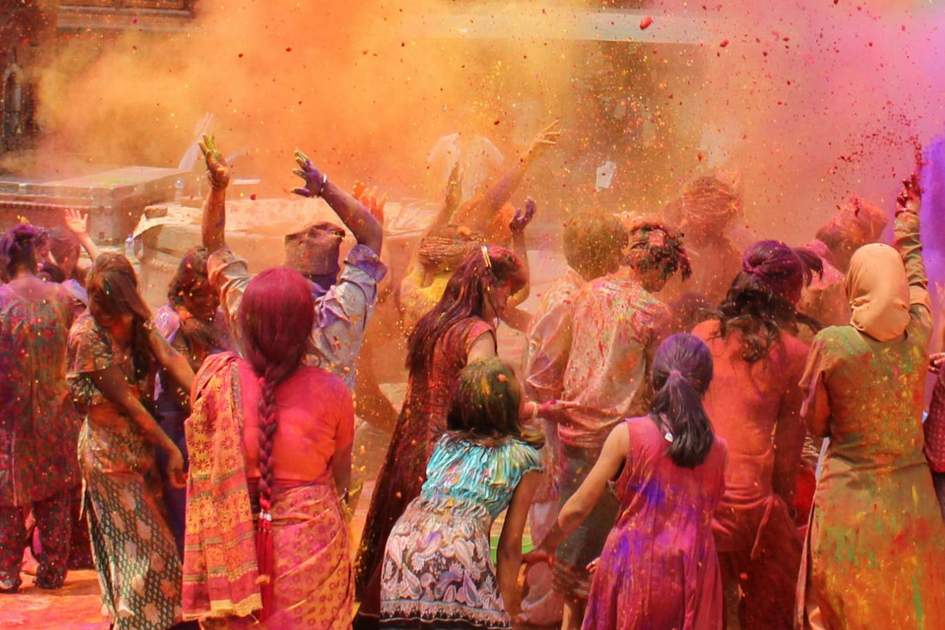 The birthplace of Hinduism, Buddhism, Sikhism, Jainism and any number of offshoot faiths, cults and sects, the Indian subcontinent is arguably the most fertile cradle of religion on Earth. Visitors cannot fail to be struck by the vibrancy, colour and joy of its religious practice, which continues to permeate every aspect of life as it has done for thousands of years. Nowhere is this more evident than throughout its extensive calendar of festivals, when the colours, sounds and smells of Indian life are turned up even higher – and that’s saying something. Here is our selection of some of the biggest, boldest and brashest festivities to be found across the country and throughout the year.

Perhaps the best known internationally of India’s festivals, and certainly the most eye-catching, Holi is a riot of colour to welcome the coming of spring. For two days around the full moon in the month of Falgun, which falls in either February or March, revellers shower each other with brightly coloured powders and water, covering everyone and everything in kaleidoscopic shades of red, pink, orange, green and blue – following the example of the mischievous god Krishna, to whom the festival is partly dedicated. Holi is celebrated across India, but especially in the north of the country, with the Uttar Pradesh city of Mathura – the mythical birthplace of Krishna – holding particularly lavish celebrations. Needless to say, wear clothes that you won’t mind getting tie-dyed – nobody is spared, particularly not foreign travellers. 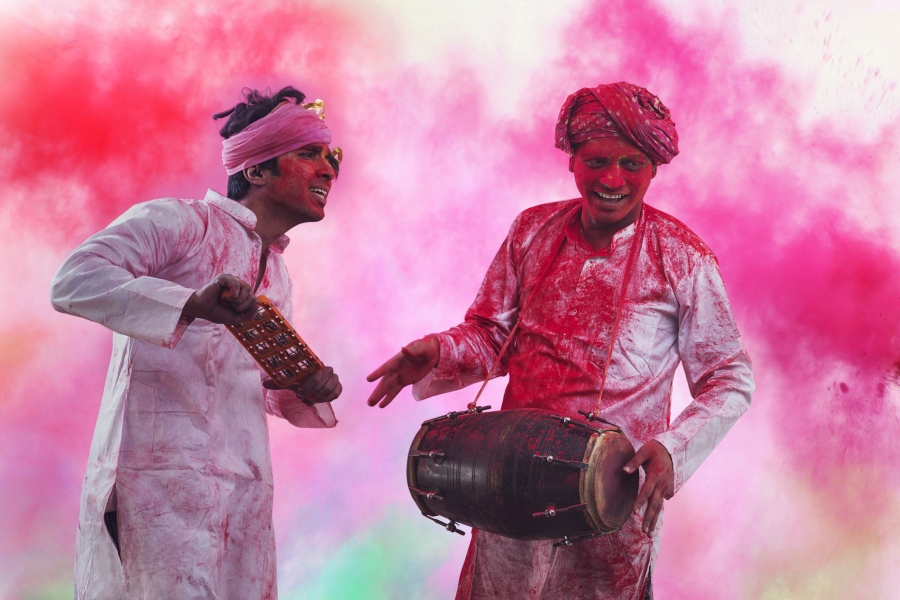 Buddhist India can often be relied upon to provide some calm amid the chaos, but that’s not to say it can’t hold its own in the Indian festival calendar. The Himalayan region of Ladakh, with its cinematic mountain landscapes, windswept chorten reliquaries, and whitewashed Buddhist monasteries, is one of the few outposts of Tibetan Buddhism in India. One of Ladakh’s most famous monasteries, Hemis, draws visitors from near and far every June or July for its vibrant celebration of the birth of Lord Padmasambhava, the second most important figure, after the Buddha, in Tibetan Buddhism. Monks wear extravagant masks and dress in brightly patterned robes to perform mystical dances, known as cham, to the music of Tibetan long horns and drums: a vivid display of living Tibetan culture. 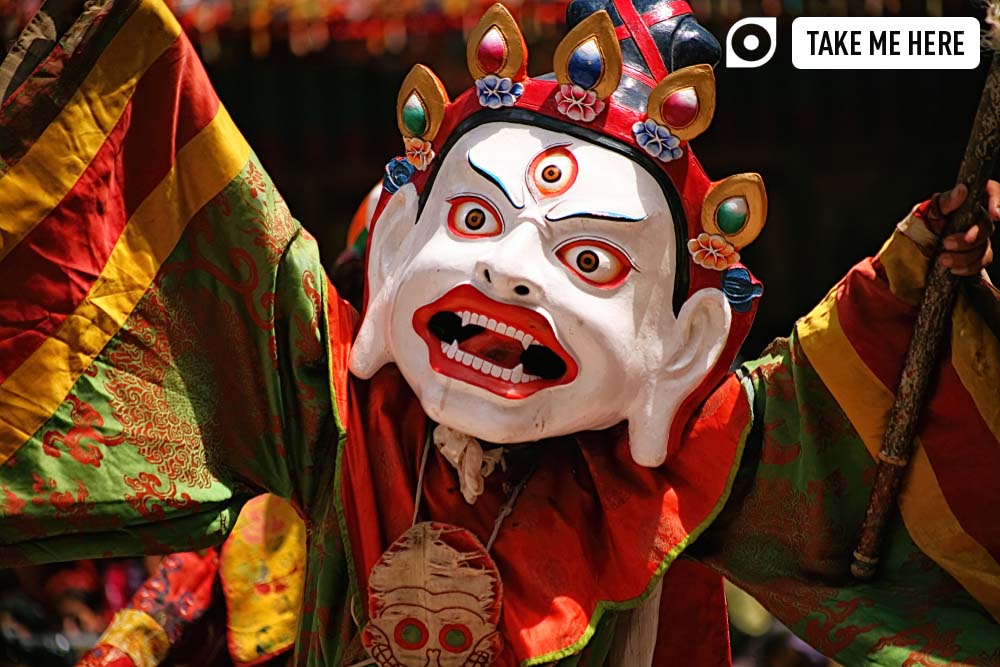 One of the biggest events in the Hindu calendar, Dussehra commemorates the victory of good over evil as outlined in the epic Ramayana poem. Dussehra is celebrated in different ways, and known by different names, across India, with elephant processions in Karnataka, clay doll-making and decoration in Tamil Nadu, and delicious deep-fried alur dom potatoes in Bengal. Perhaps the most spectacular celebrations can be found in the capital, Delhi, where events are held at various famous sites across the city. Performances tell the story of Rama’s defeat of Ravana, the demon king, with the Red Fort hosting a traditional performance supplemented by stunning special effects. After the performances, vast effigies of Ravana, along with those of his brother Kumbhakarna and son Meghanada, are burnt across the city. 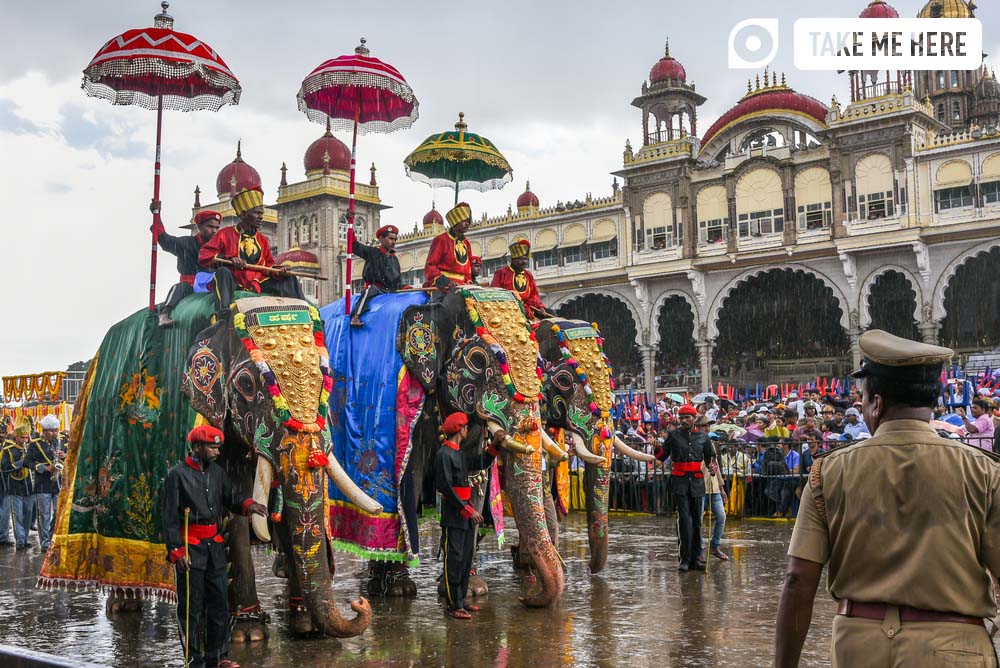 Diwali is perhaps the most important festival in the Hindu calendar, and sees the country bathed in the light of millions of candles, lamps and fireworks in celebration of the return of Lord Rama from exile and the triumph of good over evil. While a big part of Diwali for Indians is the opportunity to spend time at home with their families, the festival’s exuberant public displays are fantastic to experience as a traveller. Mumbai – as you might expect from the home of Bollywood – puts on some spectacular fireworks displays and draws huge crowds to Marine Drive. Also known as Queen’s Necklace for its string of pearl-like street lights, this coastal boulevard becomes even more photogenic during Diwali as people light firecrackers and pyrotechnics illuminate the sky.

This annual celebration in honour of the birth of Guru Nanak, the founder of Sikhism, is celebrated across the world. The best place to experience it, though, is the Punjabi city of Amritsar, the spiritual home of Sikhism. Festivities centre around the stunning Golden Temple, a gilded gurdwara home to the original copy of the Guru Granth Sahib. Processions of the holy book, accompanied by the sound of drums, go on for several days, as do non-stop readings. Then, at the Golden Temple’s langar dining hall, rice, dhal and chapattis are served to hundreds of thousands of visitors for free, regardless of caste, colour or creed, as is the case year-round. As well as being one of India’s most beautiful religious buildings, this is the world’s largest soup kitchen, and an incredible example of the inclusivity and tolerance of Indian religion, and Sikhism in particular. Conveniently enough, tradition has it that Guru Nanak was born after midnight, so celebrations continue well into the small hours. 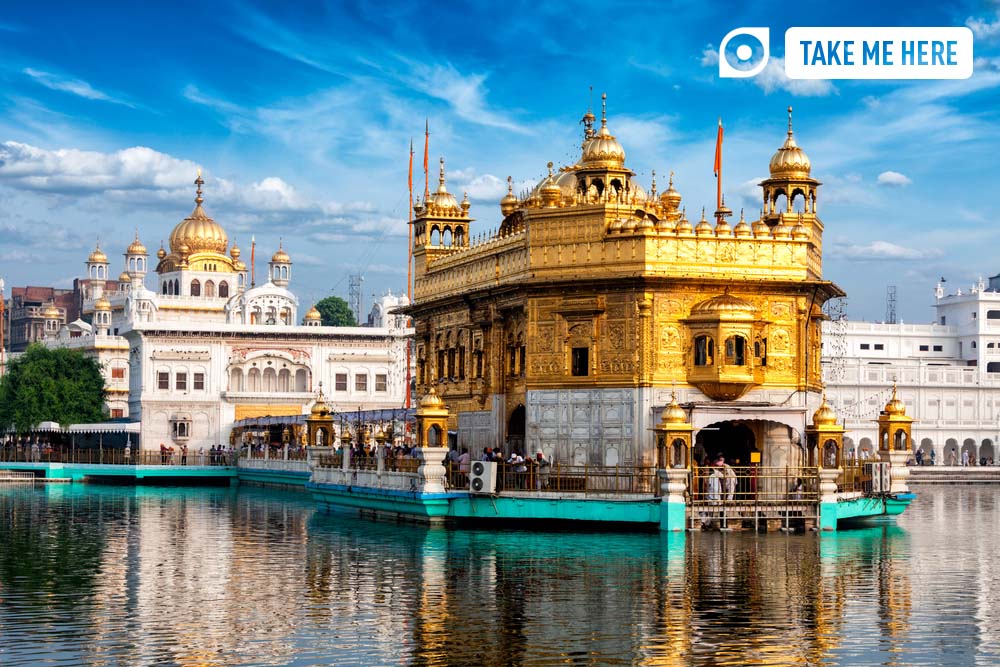 Insight Guides can help you with planning and booking your trip to India. Simply get in touch to let us know your ideas for the trip, interests and preferred travel style. Our local experts will then create a tailor-made itinerary to your requirements, which you can amend until it's exactly how you want it. Alternatively, browse our pre-planned itineraries for inspiration, keeping in mind that they can all be tailored to suit your specific needs.

We had a wonderful trip though parts of South India. Using an agency was a difficult decision, as my partner and I have travelled for decades under our own steam and with so much less advance planning than was involved here. What we appreciated was the possibility to 'offload' some of the on-site organisation that, while undoubtedly giving you an insight into a society and culture, also means time spent on the phone, in a queue or online. This, when you could be out there and experience an aspect of the country, that does NOT remind you of trying to contact the likes of Scottish Power (feel free to replace by any other profiteering untility). Being able to determine hotels ourselves and also to tailor the mix between where we did our own thing and where the local agency booked things for us was great. The local agency got very quickly how we wanted to travel. Where they advised us against options, they really knew what they were talking about and suggested undoubtedly better alternatives. Communication was clear and naturaly friendly. Where we had drivers, they were professional and great to travel with. So we were very happy all around. If I would be looking for possible icings on the cake, it would have been the inclusion of cultural events, or maybe just pointers to where to look for what (such as carnatic classical music or theyyem performances). But then maybe this is the old conundrum that it is only authentic if you stumble across it...........