Six bars in Ireland worth toasting 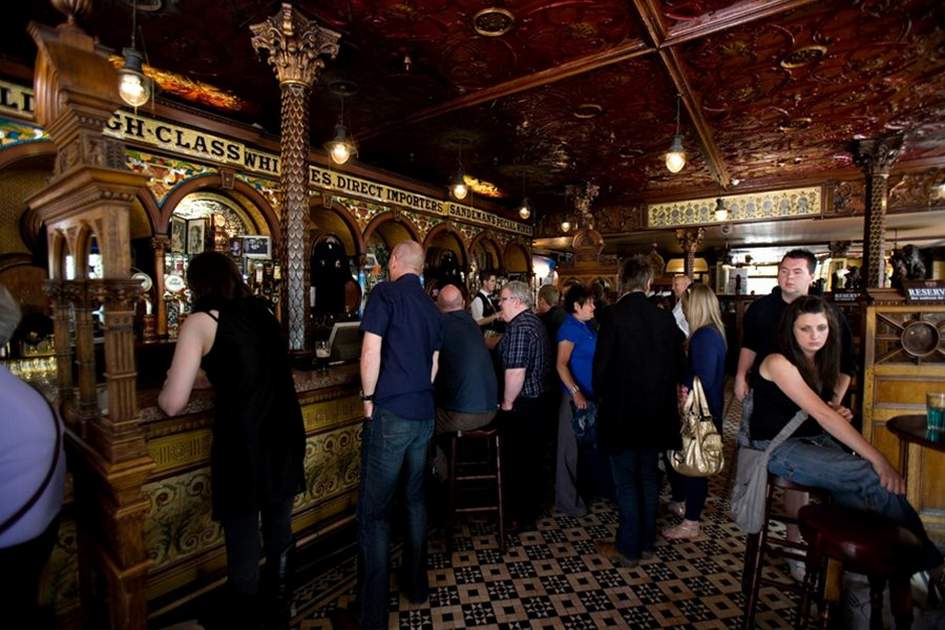 As part of this month's focus on the Emerald Isle, we look at one of the highlights of Irish culture and indeed any trip to Ireland – the Irish pub.

Economists have long been predicting the downfall of the Irish pub, and many smaller rural pubs have indeed been forced out of business. But the country still supports about 9,000 pubs (7,500 in the Republic; 1,500 in Northern Ireland), and the rural pubs that have survived remain the epicentre of small towns where the community still comes together for its social and neighbourhood business. The paint may be peeling in some, but traditionally, they have been places where people meet, not just to drink and hold parties or wakes, but to gossip, talk football, solve the world’s political problems, try to pick a winner in the 2.30 Leopardstown race meeting, tell tall tales or simply céilí the night away.

Dublin's classic bars are peopled with wisecracking philosophers sharing their observations with anyone who’ll listen – or buy them a drink. Old wooden bars, with creamy pints of stout, remain untouched by the hand of the modernisers. They have a well-lived-in and well-drunk-in look and feel, decked out in brass and mahogany, with antique mirrors proclaiming the merits of whiskies long since defunct. Some such pubs look much as they did in 1850.

Try the Long Hall in Great George’s Street, a fine Victorian pub in a perfect state of preservation. Many would rate this Dublin’s best pub – and you get to meet the locals. Or beside St Stephen’s Green is O’Donoghue’s, former haunt of the legendary Dubliners; the attraction here is live traditional music every night.

Some 100 miles to the north, Belfast is also richly endowed with pubs.  But the most-visited remains the iconic Crown Liquor Saloon, owned by the National Trust, with its wood-panelled snugs, gaslights, ornate tiles, woodcarvings and brasswork.

Informal traditional music sessions or set dancing have great appeal, though performance times can be erratic and the entertainment may not start before 10pm. Most sessions are held indoors but during a fleadh cheoil (music festival) when thousands flock into towns, the performers spill out on to the pavement and music flows down the streets.

Generally, music sessions fall into two categories. Some bars hold set-piece evenings that are turned on like a tap for the tourists; these occur regularly and are premeditated with a practised set list. Others are spontaneous where the players drop in for an unplanned evening and the result is a happy meeting of musical minds. The quality of the playing in both is equally good, but the impromptu session often has the edge because the unexpected may happen.

Our top 6 bars in Ireland

These are chosen with a geographical spread in mind, but also for their atmosphere and the passion of the musicians who (sometimes) haunt their dark corners.

Tigh Neachtain, Cross Street, Galway. A popular city centre bar with old-fashioned painted wooden interior and features. The building dates back to medieval times and the tiny snugs are more than 100 years old. There’s an open fire in the back room and music.

Morrissey’s, Main Street, Abbeyleix, Co. Laois. Opened as a grocery in 1775 and now solely a pub, it has the air of a venerable institution. It has dark walls, a potbelly stove and rules forbidding cards, TV and singing.

P.J. O’Hare’s Anchor Bar, Carlingford, Co. Louth. P.J.’s has been in the family for 150 years and is decorated with pub mirrors and curios. On sunny Sunday afternoons the yard becomes a dance area.

Nancy’s, Front Street, Ardara, Co. Donegal. This tiny hospitable bar is now in the seventh generation of family ownership. Seafood, especially the chowder, is a speciality. Traditional music is played.