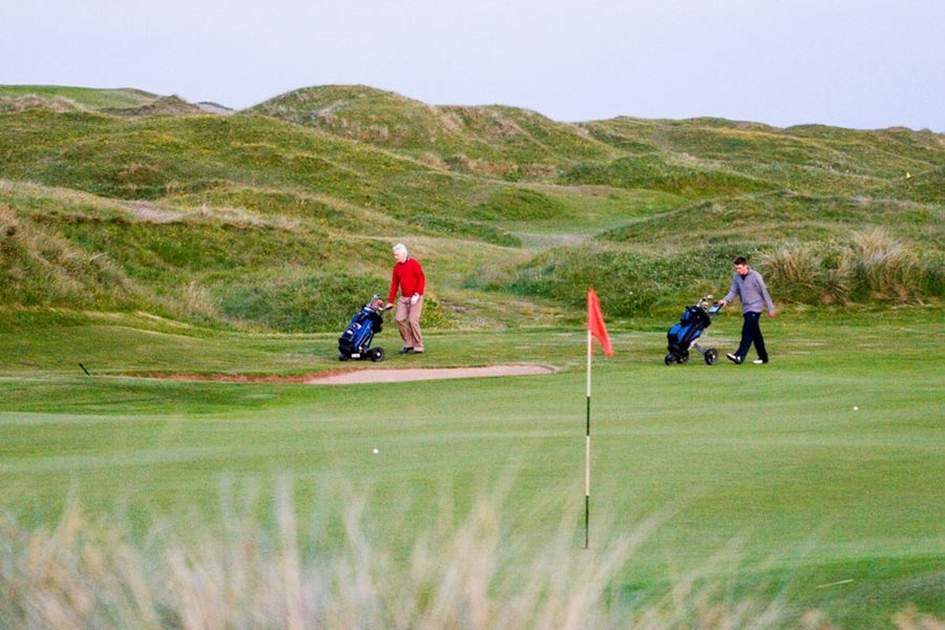 As part of this month's focus on all things Irish, we look at what makes Ireland such a great destination for golfers.

Ireland may lack the sun-soaked allure of Bermuda or the cachet of the Caribbean, but it is one of the most exciting golfing destinations in the world right now. It’s crammed with jaw-droppingly beautiful, impressively designed and technically challenging courses.

Ireland on the world stage

Always a popular golfing spot for players in the know, Ireland hit the world stage in a big way in 2006 with the hosting of the Ryder Cup at the sleek and luxurious K Club golf resort in County Kildare. Major international Irish names, such as Padraig Harrington, Darren Clarke, Graeme McDowell and Rory McIlroy have highlighted the skill of Irish golfers at international competitions. The Irish Open, part of the European tour, attracts record crowds; while women amateur golfers are looking forward to 2016 when Dun Laoghaire hosts the Curtis Cup.

A variety of courses

Golfers are spoilt for choice. There’s the drama of Doonbeg in County Clare, the elegance of Druid’s Glen in County Wicklow, and the untamed magnificence of links courses, such as the Old Head of Kinsale in County Cork or the magnificent lake and mountain scenery of the Killarney Golf and Fishing Club, host of the 2010 Irish Open. Dotted throughout the land and outside all the major cities are internationally recognised courses, as well as smaller lesser-known spots that can be equally delightful to play on, depending on what you’re looking for.

Among the big hitters are Lahinch in County Clare; Ballybunion and Waterville in County Kerry; and the Royal County Down. If you’re looking for a quieter course, then try a hidden gem like Enniscrone in County Sligo; Ballyliffin in County Donegal; Kenmare in County Kerry and Killerig in County Carlow.

There are also an impressive number of luxurious golf resorts where you can complement a round of golf with some fine dining, spa and leisure facilities, along with de luxe accommodation. Mount Juliet in County Kilkenny boasts the only Jack Nicklaus-designed course in Ireland and is famed for its 1,500 acres of lush, rolling landscape and exquisite Georgian house. Carton House, Co. Kildare, host of the Irish Open in 2013, is an opulent castle hotel in a beautiful location, or if you fancy living it up like one of the landed gentry, Dromoland Castle has sumptuous rooms and fine food and wine. 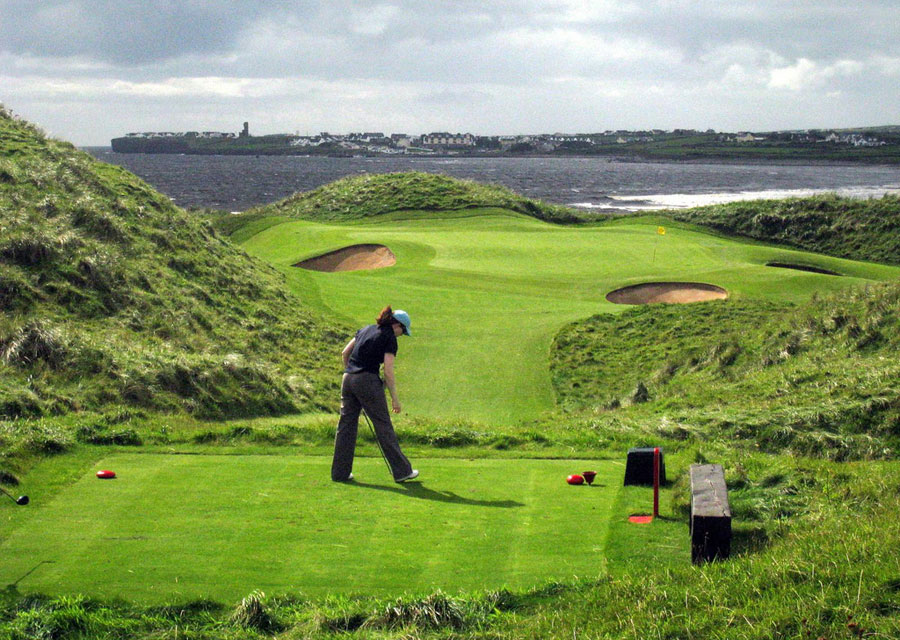 The older the better

Unsurprisingly for a country with over 440 courses, the Irish take golf seriously. The country’s golf pedigree dates back to the late 19th century and clubs, courses and even clubhouses battle it out for the title of “oldest”. The Curragh Golf Club in County Kildare is reputed to have the oldest course in Ireland dating back to 1852; the oldest club, The Royal Belfast Golf Club was founded in 1881 and the Ardglass Golf Club in County Down has the oldest clubhouse – parts of which date back to the 14th century.

While golf has attracted a new generation of hip, young swingers in the UK and the US, in Ireland the game is still rooted in tradition. There may not be as many Pringle sweaters on the courses as there used to be, but clubs like Portmarnock Golf Club in Dublin are stalwarts of the old-school and bastions of male privilege. This beautifully situated links, nestled into the curve of coastline formed by Howth Peninsula, refuses to relax its age-old rule that excludes women from becoming full members, although visitors of both sexes are warmly welcomed on the course as long as you have a certified handicap.

Ireland’s small size means that it’s easy to take in a few clubs in a short space of time. But give yourself plenty of time to meet your tee-off booking, too, as you can be seriously delayed behind wayward cattle along some rural backroads.

In terms of cost, green fees in Ireland have become steeper since the boom – the Arnold Palmer-designed Ryder Cup course at the K Club charges €195 for a non-resident from May to September – but if you’re looking for a bargain there are lots of smaller clubs that will only set you back around €30 or so.

Remember to check with the specific club regarding rules as some can be somewhat picky about dress codes, and nearly all clubs require advance booking for play, particularly during the busy summer months.

Here's our pick of the best:

The K Club, Co. Kildare. The choice of plutocrats, the K Club has two parkland courses.

Portmarnock, Co. Dublin. On a peninsula north of Dublin, this traditional club is still holding out against women members.

Killarney Golf and Fishing Club, Co. Kerry. This one has three courses amid stunning lake and mountain scenery.

Royal County Down. This club near the Mourne Mountains is renowned for being tough.

Royal Portrush, Co. Antrim. The only Irish club to have hosted a British Open, occupying a lovely coastal location.