Shaking off its notorious past, Medellín has developed into one of South America’s most exciting cities. From striking architecture and public art to a burgeoning restaurant scene and pleasant year-round climate, Colombia’s hippest city is a must-see. Here is our guide to what to see in Medellín. 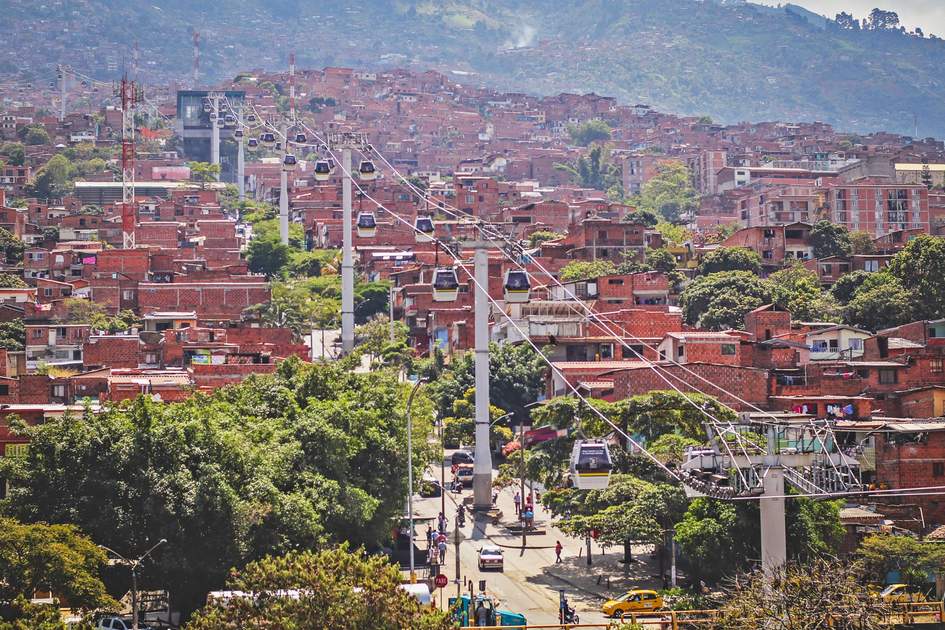 Since earning a reputation during the 1980s as the most dangerous city in Colombia, as the headquarters of Pablo Escobar’s drug cartel, Medellín has come a long way. A rippling entrepreneurial spirit hums through the city. So much so, that Medellín’s policy of democratic architecture – a stream of initiatives that have invested in the city’s lowest income areas and worked to connect its outlying districts – won it the Wall Street Journal’s ‘Innovative City of the Year’ award in 2013.

In recent years, modern science and library parks have mushroomed in once-neglected neighborhoods. A slick transport system has united and transformed the city. Lofty cable cars float above the rooftops, gravity-defying escalators criss-cross the hillsides, and Colombia’s only metro zips its way through the urban jungle. This is a true showcase of social mobility in action. To see for yourself just how far the city has come, visit the fascinating Comuna 13 district on a Graffiti Tour – one of the best things to do in Medellín. Thanks to positive social initiatives and the installation of escalators, this previously isolated and crime-ridden neighborhood has become a thriving, visitor-friendly community awash with striking graffiti. 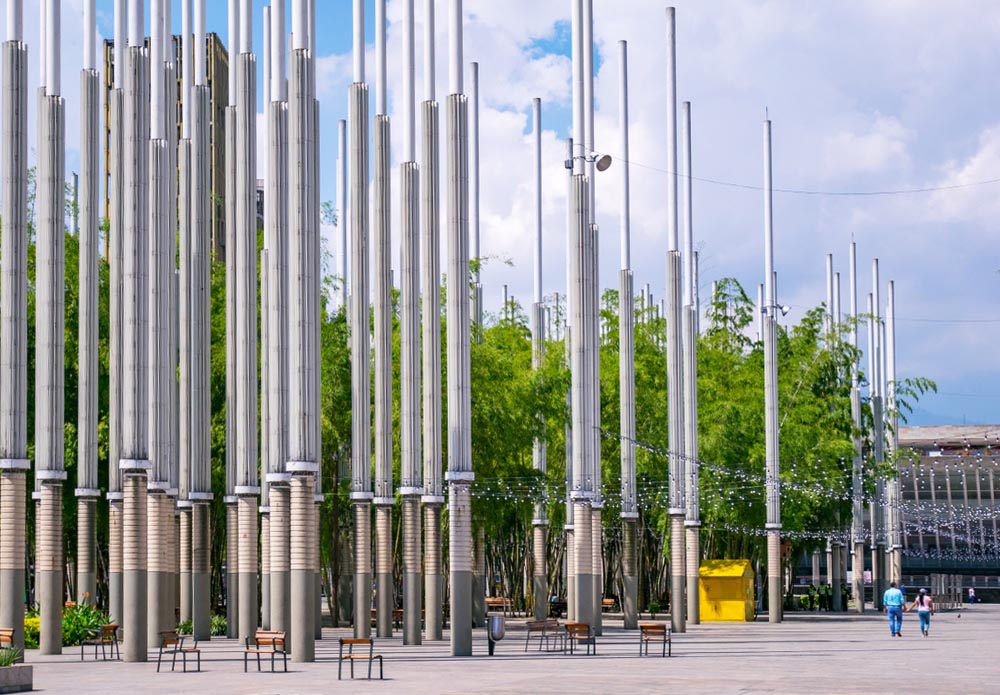 Innovation and art run deep in the veins of Medellín, making it an ideal stop for culture lovers. One thing is for sure: no visit to the city is complete without paying tribute to Fernando Botero, the city’s poster child. Undoubtedly Colombia’s most famous artist, Medellín-born Botero’s work can be found dotted throughout the city. Chief among the Botero trail highlights is the Plaza Botero. In the heart of the city, this leafy square is generously sprinkled with the artist’s sculptures. His distinctive whimsically voluptuous forms taking shape in everything from an unusually chubby Sphinx to a charmingly chunky man riding a decidedly plump horse.

Also worth seeking out is the Museo de Antioquia. Located adjacent to Plaza Botero, it is home to a vast exhibition of the much-loved artist’s work, as well as a hefty roll call of other Colombian and Latin American artists. If time allows, also check out the Museo de Arte Moderno. Located in the Ciudad del Rio neighborhood south of the city center, this gallery hosts an impressive program of temporary exhibitions. 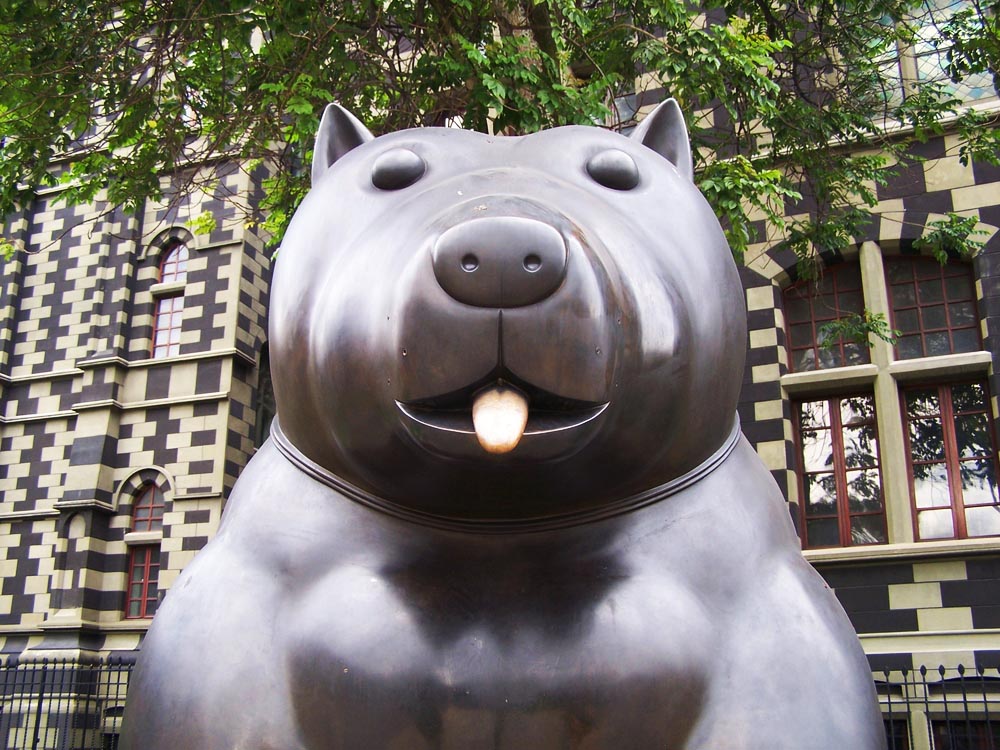 Medellín is a city that likes to eat well. While plenty of places still serve up traditional dishes – most menus feature a twist on the region’s hearty bandeja paisa ensemble of savory, meaty delights – this is a city that increasingly embraces a new wave of eateries. Things really kicked off when El Cielo catapulted Medellín onto the culinary map. Certainly a showstopper, this restaurant’s full-sensory experience takes diners on a journey through an array of beautifully crafted molecular dishes. Not everything is high-end dining though: coffee-lovers flock to stylishly minimalist Pergamino and tiny, Canadian/Hungarian-owned Café Revolución. Hipster vibes take over at the Cervecería Libre, which serves its own craft beers in a former garage, while El Poblado neighborhood in the south of the city has become shorthand for cool, urban eating and buzzing nightlife spots. 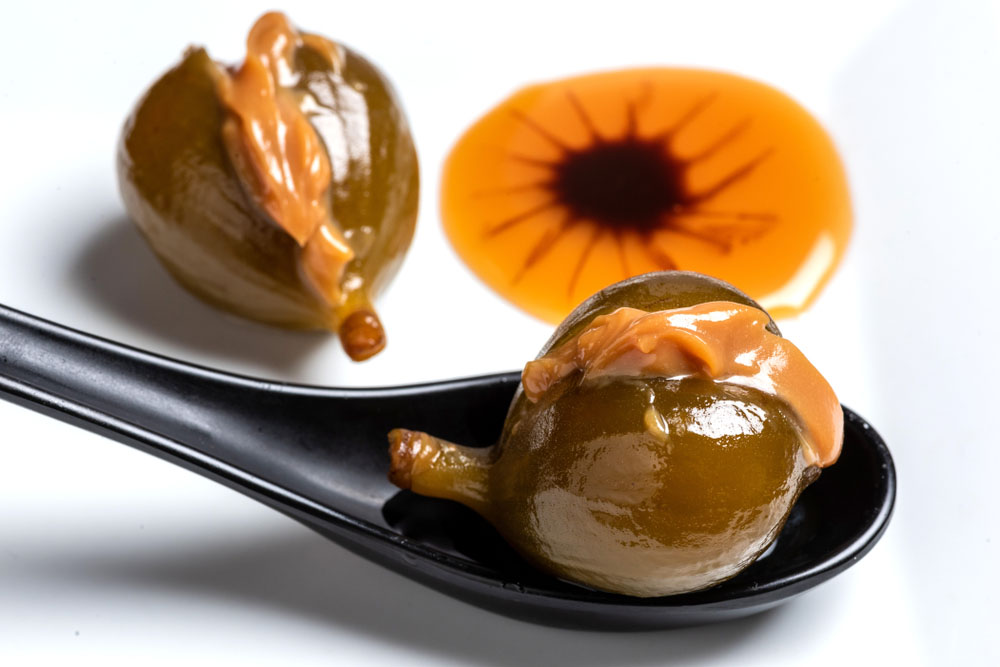 Nature at the heart of Medellín

Medellín’s reputation for its gritty urban scene is only one half of the story. The city sprawls across the valley and slopes of the soaring Antioquian mountains of the Andes that surround it, and its center is peppered with parks and gardens. However, it is Parque Arvi, Medellín’s own nature reserve, that really sets the city apart. A cable car ride away from the north of Medellín, situated just above the low slung mists that cling to the city’s mountainous edges, Parque Arvi unravels in a patchwork of woodland and heathland. Its lush expanses are laced with miles of hiking trails and dotted with lakes. Home to an abundance of wildlife including iguanas, monkeys and scarlet macaws, exploring the park is the perfect escape from Medellín’s bustling inner city. 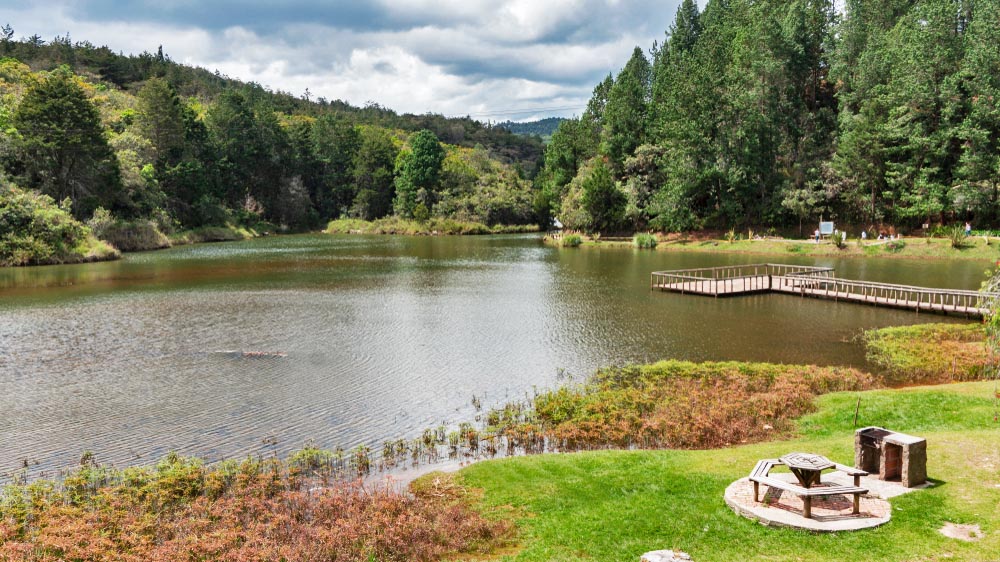 As capital of the mountainous Antioquia Department, Medellín is at the heart of one of Colombia’s most beautiful regions and a good base for visiting nearby towns. One of the best day trips from the city is the two-hour jaunt to Guatapé. A lovely color-splashed town, its cobbled streets are lined with charming houses adorned by wood carvings and hanging flower baskets. The town is also home to the bizarre El Peñol rock. Colombia’s answer to Rio’s Sugarloaf Mountain, this vast towering monolith juts out dramatically from the surrounding landscape. One side of El Peñol is corseted with a steep zig-zagging stairway. Around a 700-step climb to the top is rewarded with breathtaking views over the turquoise lakes, verdant hills and islands spreading out far below. 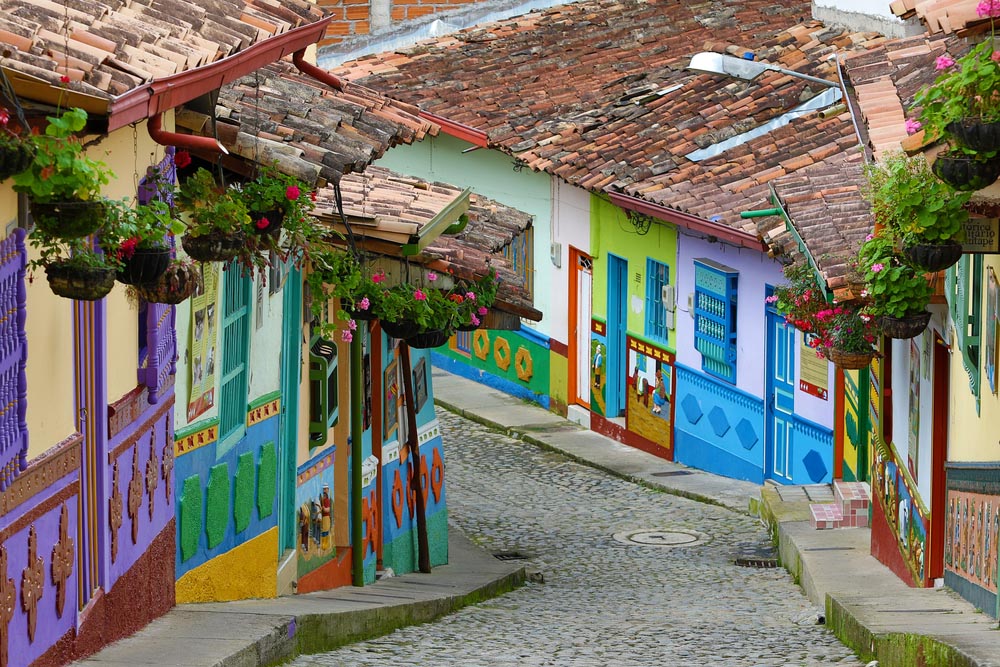 Ready to take a trip to Colombia?

Our local experts can organise fantastic trips to Colombia for you. To get started, simply get in touch to let us know your ideas for the trip and when you would like to travel. We will then create a personalised itinerary especially, which you can amend until you are completely happy with every detail before booking. You can browse our existing itineraries for inspiration, and keep in mind that all of our pre-planned itineraries can be fully tailored to suit your own specific requirements.