Mexico's ruins – beyond the Maya

The Maya exert a strong grip on the collective imagination, but they are only one of a number of civilisations who built great cities across Mexico in centuries past. From the Aztecs to the Zapotecs, these pre-Columbian cultures left behind ruined cities which remain among Mexico’s biggest draws. 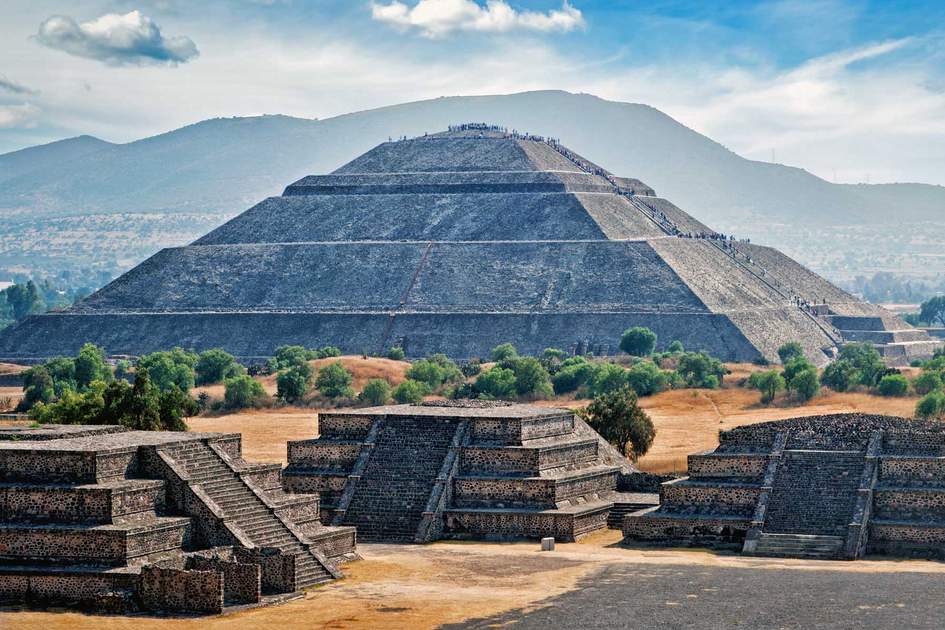 You don’t need to venture into dense jungle to explore Mexico’s pre-colonial ruins. In fact, the biggest of them all stand just 30 miles northeast of Mexico City, making for an easy day trip from the capital. Teotihuacán is thought to have been the greatest city in the Americas at its peak, with a population of around 150,000 people, but its origins are shrouded in mystery. The earliest buildings here date back to around 200 BC, and by AD 650 the city had passed its peak. It’s old enough to have been in ruins for centuries by the time of the Aztecs, who stumbled upon the city at some point in the 15th century.

The Aztecs seem to have been as enchanted by the place as visitors today are. It was they who christened it Teotihuacán – ‘the place where men became gods’ – and it came to occupy a central role in Aztec mythology. They ascribed particular importance to the site’s tallest structure, the mighty Pyramid of the Sun – and it’s not hard to see why. Built around AD 100, it looms at around 70 metres high, making it the world’s third-tallest pyramid. Exactly how its builders transported the 2.5 million tonnes of stone and earth that were used to build it is one of the site’s many mysteries. Opposite sits the Pyramid of the Moon, the best place at Teotihuacán to watch the sunset, and, in the other direction, the Temple of Quetzalcoatl – dedicated to the feathered serpent deity, who remained central to Meso-American religion for more than a thousand years. 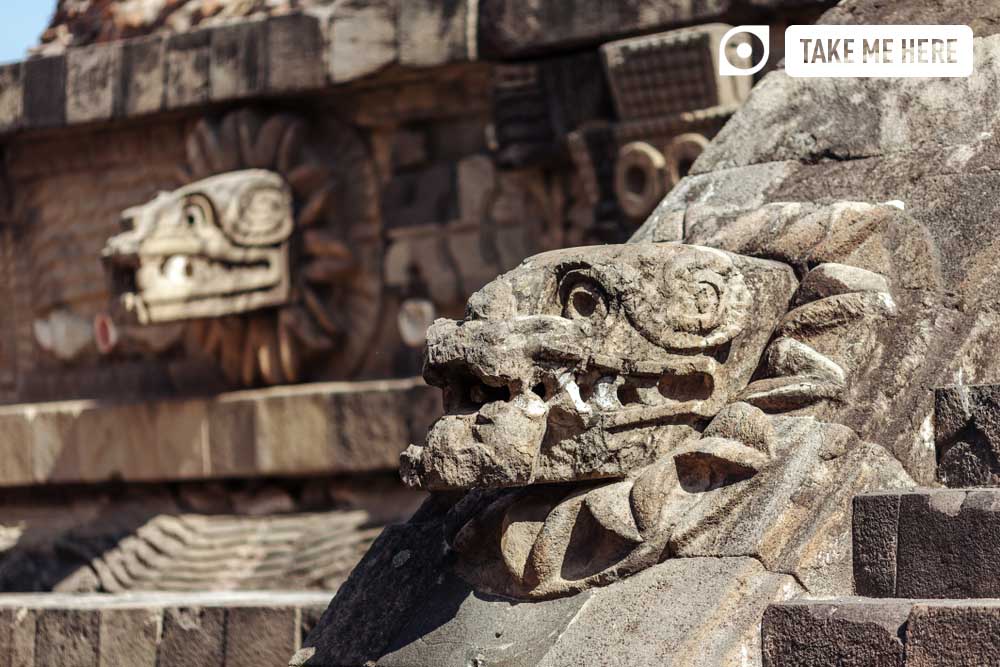 Carvings on the Temple of Quetzalcoatl at Teotihuacán. Photo: Nikonov Vladimir/Shutterstock

Oaxaca is famed for its rich and complex cuisine, fiery mescal and vibrant indigenous culture, with Zapotec and Mixtec people upholding their traditional ways of life in the state’s cities and countryside. Nowhere serves as a better illustration of the longevity of those two cultures than Monte Albán, which is around 2,500 years old and ranks among Mexico’s greatest archaeological treasures.

High in Oaxaca’s arid mountains, and without any natural water supply, it makes no sense for the Zapotecs to have built their city here, which has led to the theory that they deliberately chose such an ambitious spot in order to display their mastery over nature. They certainly weren’t bluffing: vast pyramids, palaces and astronomical observatories were built here over several subsequent centuries, many of which survive to this day.

The ancient Zapotecs were a bloodthirsty bunch, as many of the most famous buildings here attest. Los Danzantes – ‘the dancers’ – was named by the Spanish for the writhing figures carved in stone in the building’s gallery, although closer inspection reveals them to actually be the disembowelled corpses of sacrificed prisoners. Another famous structure, known as the Observatory, is covered with militaristic bas-reliefs listing the cities which had fallen to the Zapotecs. It’s fitting that in the 14th century, long after the Zapotecs had abandoned Monte Albán, the site was used by the Mixtecs as a giant burial ground.

Monté Alban is less than half an hour’s drive from Oaxaca City, making it an easy day trip from the state capital. You can discover more about the Zapotecs and the Mixtecs at the Museo de las Culturas de Oaxaca, which houses gold and jewellery found in the Mixtec tombs at Monte Albán. 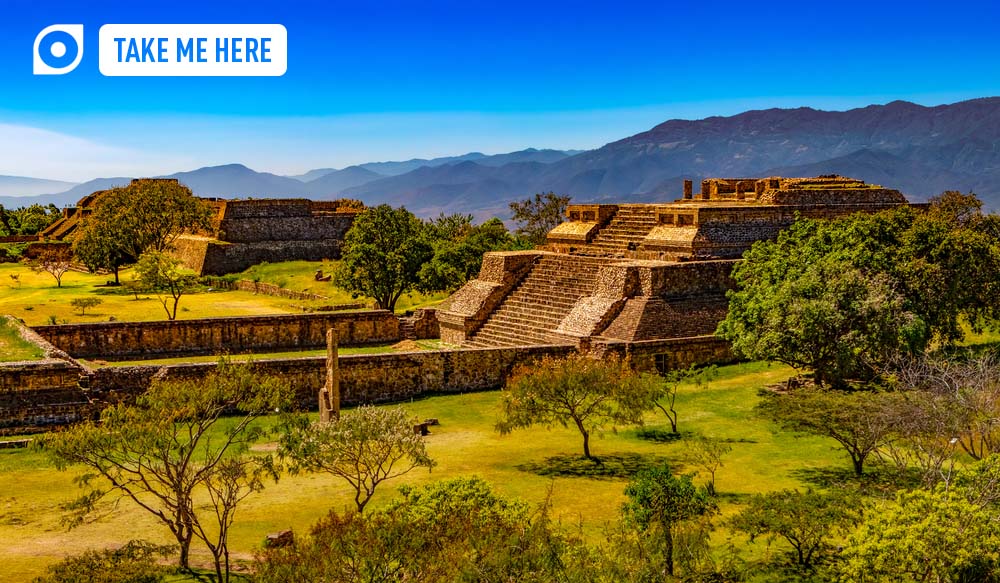 Swathed by the thick tropical jungles of Veracruz in the east of Mexico, the ruins of El Tajín are some of the most impressive in Mexico, yet they remain off the radar for most travellers. They’re also something of an enigma. For a long time historians couldn’t agree on who had built El Tajín, as its architectural style doesn’t quite match that of contemporary Huastec or Totonac cities. The current consensus is that El Tajín was the seat of a civilization all of its own, known simply as Classic Veracruz.

This culture seems to have had a unique obsession, even by the standards of pre-Columbian Mexico, with the Meso-American ball game. This ritual sport had slightly higher stakes than a Sunday morning five-a-side match. It was used as a proxy for battle, as a means of settling disputes between rival cities – with the losing team sacrificed to the gods. Far more ball courts have been excavated at El Tajín than at any other site of its size. There’s also evidence of the usual fixation with human sacrifice, with carvings depicting ball players that have been decapitated.

El Tajín was destroyed by fire in the early 13th century, then lay abandoned, enveloped by the jungle for more than 500 years. A Spanish official came across it in 1785, but even today excavations are incomplete, and the place retains a sense of mystery. The architecture is strikingly different from any other pre-Columbian site in Mexico, best represented by the stunning Pyramid of the Niches. This tiered pyramid is named for the 365 niches which punctuate its surface, thought to represent portals to the underworld.

El Tajín is best reached from Papantla, a lively town around a 15-minute drive away from the ruins. Indigenous Totonac culture is alive and well in Papantla; be sure to experience the stunning Dance of the Voladores, performed at weekends outside the cathedral above the town square. This gravity-defying display sees four dancers fling themselves from the top of a tall pole, tied by tightly coiled ropes that unwind as they elegantly descend towards the earth in ever-widening circles. 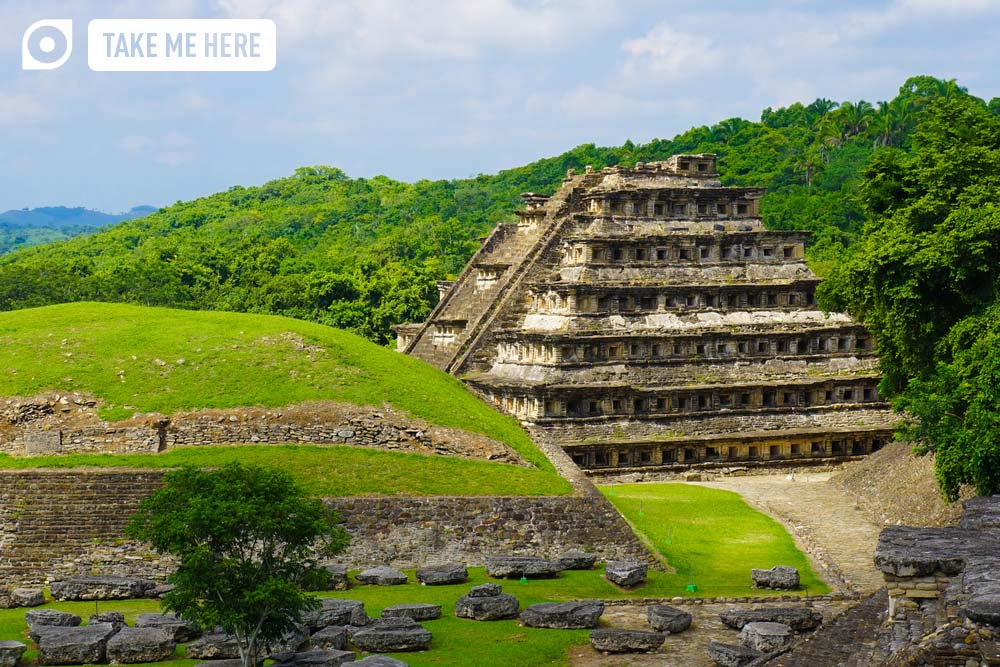 Our local experts can plan incredible trips to Mexico for you. To get started, simply get in touch letting us know when you'd like to travel and your ideas for the trip. We will then create a tailor-made itinerary especially for you, which you can amend until you are completely happy with every detail before booking. You can browse our existing itineraries for inspiration. And keep in mind that all of our pre-planned itineraries can be fully personalised to suit your needs.

Everything went exactly according to plan and schedule.

We got everything that we wanted and more. An amazing service. We couldn't be happier!