With Halloween right around the corner, we're sizing up our favourite spooky destinations to add to your travel itinerary... 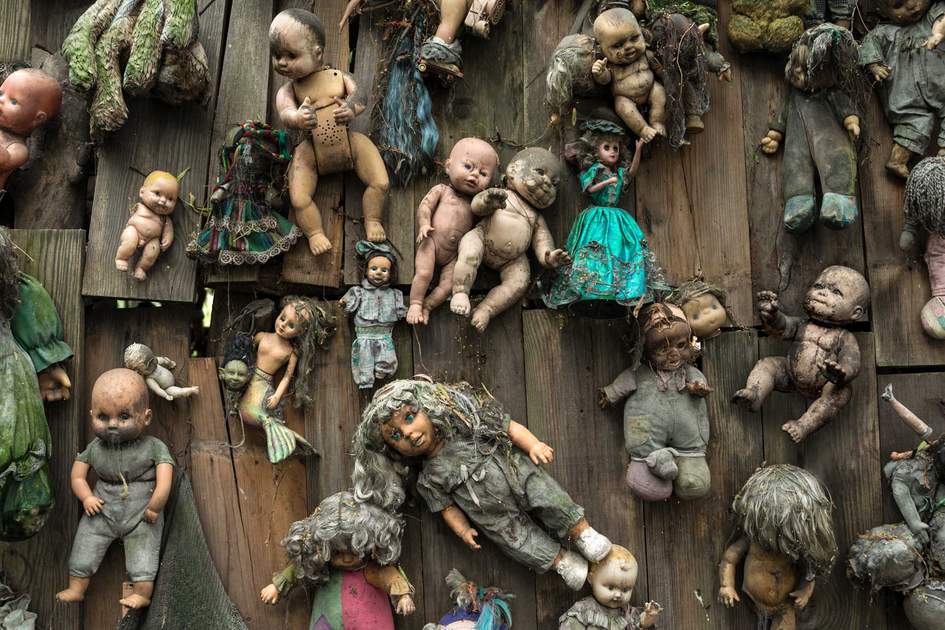 There's nothing like a bone-chilling tour in time for Halloween. We scoured the globe and found 12 of the scariest places to visit (warning: not for the faint of heart). Read on, if you dare...

Well, this one is sufficiently creepy. Isla de las Muñecas (aka the Island of the Dolls) is a teeny island south of the Mexican capital that's littered with sinister-looking dolls. Over half a century ago, the island's previous caretaker began collecting them after he claimed to have found a deceased child in the nearby waters. The dolls themselves are meant to be an offering to her spirit.

According to The Huffington Post, his family disputed the story as a work of fiction, but that doesn't make this destination any less spooky; especially since the man himself apparently drowned 15 years ago in the exact same location. It has since become a popular tourist attraction, drawing in visitors with its weird collection of abandoned doll parts strung from tree limbs. The island can be found roughly 17 miles south of Mexico City in the Xochimilco borough.

If, however, you prefer a Mexican vacation minus the creep-factor, Insight Guides has plenty of suitable trips on offer, browse our preplanned Mexico holidays now. For more inspiration, check out our Insight Guide: Mexico.

Tucked away in Andalucia is a chilling landmark that's been giving people the heebie-jeebies for years. Casa Encantada, also known as the haunted house of Cortijo Jurado, is a falling-down mansion that was constructed in the 19th century by the Heredia clan: an upper-class family in southern Spain. Rumour has it that the Heredias weren't exactly your average neighbours. As the tale goes, they were actually vicious kidnappers who snatched up young girls and held them as prisoners in the depths of the mansion.

As if the rundown property's eerie look wasn't enough, revellers say that screams and other mysterious sounds are known to escape its walls. As far as haunted houses go, this supernatural locale is a ghost-hunter favourite.

3. The Catacombs of Paris

Paris usually brings to mind images of lovely cityscapes and romantic getaways. For paranormal enthusiasts, the City of Light is also home to one of the scariest places in the world. The Catacombs of Paris, located some 65 feet below the city, began as a makeshift graveyard during the 18th century. According to the Carnavalet Museum, millions of deceased Parisians were laid to rest here after traditional cemeteries were shut down due to public health concerns.

Today, the ossuary doubles as a labyrinth of geological wonder. In this subterranean world, authentic skulls, bones, and other remains are on display alongside natural limestone deposits. A tour through the dark, cavernous halls makes for a downright frightening Halloween thrill.

Let Insight Guides whisk you off to the capital on its Luxury Paris trip so you can check out the catacombs for yourself; simply add this stop to your itinerary. It's about a 20-minute drive from the Eiffel Tower. Alternatively, discover other spooky Parisian experiences with Experience Paris. 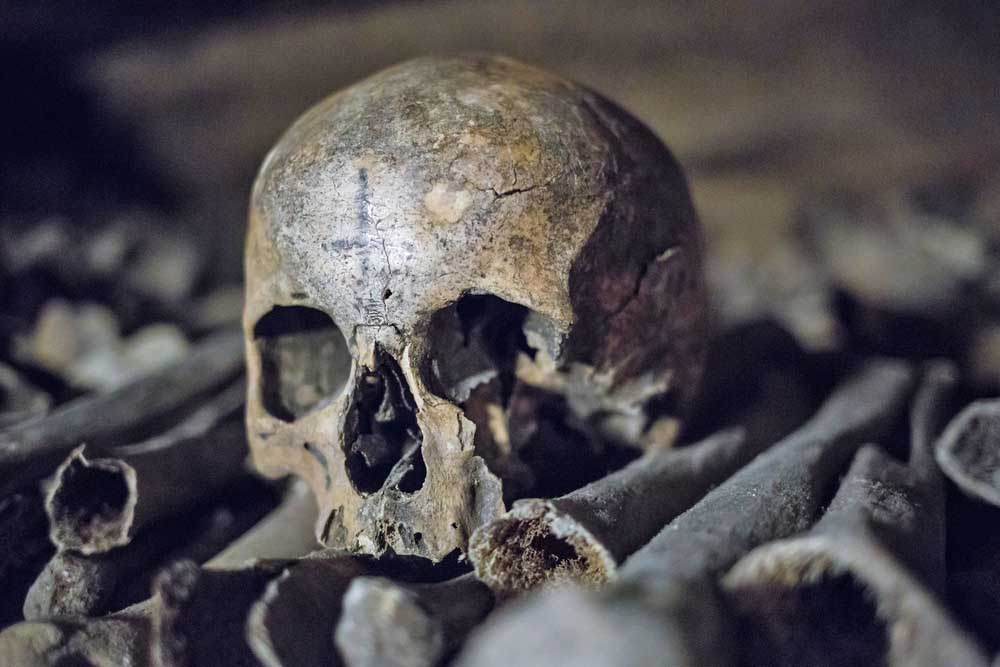 The Catacombs of Paris. Photo: Shutterstock

At first glance, this towering skyscraper doesn't look particularly spooky... until you get the full story, that is. Once the tallest building in Japan, the cheerfully named Sunshine 60 was constructed in the late 70s right on top of the remains of Sugamo Prison; a site that, once upon a time, held thousands of Japanese prisoners of war. As Japan Talk reports, the building has a local reputation for being haunted by its old residents.

Considering the fact that a number of convicted war criminals were killed within the prison walls, the urban legend doesn't feel all that inappropriate. Today, the 60-storey structure is a go-to tourist destination, offering up unmatched views of Tokyo.

Explore it, if you dare.

Word on the street is that there's one Malaysian road that very well may be haunted. The Karak Highway, built in the late 70s, is a stretch of pavement connecting Karak to Kuala Lumpur. In the years since its construction, it's been involved in a number of eerie incidences. As Says.com reports, motorists should stay on the lookout for a famous yellow Volkswagen that, legend has it, drifts along the road without a driver. As the story goes, the notorious VW positions itself in front of drivers, forcing them to go around it... only to reappear in front of them again shortly after.

According to another story, the Karak Highway is also home to a ghostly "wandering boy" who meanders throughout the roadway in search of his mother (supposedly, the pair died in a car accident many years ago).

Apparently, Costa Rica isn't all eco-adventures and nature thrills: there seems to be a fair bit of paranormal excitement on hand, as well. Enter Sanatorio Duran, a once-upon-a-time hospital that now sits abandoned near the Irazu Volcano. It has since become a tourist attraction known for its frightening sounds and odd sightings.

According to My Tan Feet, it isn't uncommon to get a burst of chills while touring the facility. Other reports have involved similar charges of cold air, along with the appearance of ghostly nuns and a creepy little girl wandering the halls. The girl, they say, is the apparition of the hospital founder's daughter who died there of tuberculosis way back when. The sanatorium shut its doors to patients in the early '70s, but it continues to attract tourists with a flair for the supernatural.

To discover some of Costa Rica's un-haunted volcanoes, consider this tailor-made holiday (we're pretty sure it's ghost-free). If you want more inspiration, pick up a copy of Insight Guide: Costa Rica.

Rajasthan is a desert oasis known the world over for its ancient forts and bustling, colourful bazaars. But if you wander the wrong way off the beaten track, you'll also run into one of the most creepy destinations imaginable: Bhangarh Fort in the Alwar district. Experts say that visiting this dilapidated landmark at night is off limits. If you do catch a tour, you'll stumble upon age-old Hindu temples, now long abandoned.

Local lore says that angry spirits thrive among the ruins and that the entire area is presently cursed. IndiaTV reports one popular story that says a group of young boys tempted fate by wandering into the fort at night, and were consequently killed. There are loads of similarly ill-fated urban legends, which only makes Bhangarh Fort all the more creepy...

For the lighter side of Rajasthan, we suggest opting for Insight guides' Rajasthan: The Land of Kings trip. Don't forget your copy of Insight Guide: Rajasthan!

Are there supernatural passengers hidden in the Buenos Aires subway tunnels? Local tradition claims that a number of transportation lines are indeed haunted. According to Parachute by MapQuest, the length of the A-line is particularly frightening, supposedly littered with ghouls and spirits of all kinds. One story is linked to a 1913 construction crew that perished while building the tracks, another to a bathroom at the Saenz Pena station plagued with paranormal activity.

Others tales tell of the "Phantom Bride of Line A". The apparition of a young bride in a wedding dress (who is rumoured to have committed suicide on the tracks) is said to appear in the Line A tunnels from time to time.

Thankfully this seems to be the only spook-tacular bit of Buenos Aires. Insight Guides' Argentina's Northern Highlights trip hits all the must-visit destinations; read up Buenos Aires first, with Explore Buenos Aires. 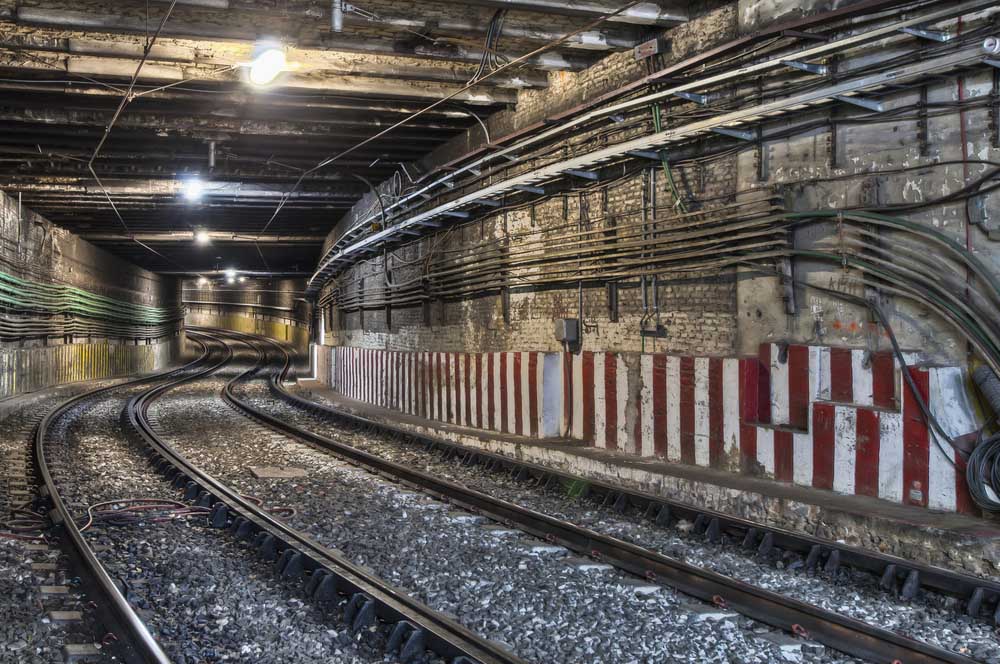 This story begins with a greedy librarian named Bertrand Dyer. As AFKInsider reports, the man, who apparently wasn't known for his honesty, was running a scam in which he overcharged people for books. He eventually took his life within the building's lavish walls. According to South African Tourism, Dyer's soul is still not at rest... wandering the halls and giving visitors a fright to this day. Think books that mysteriously fall off shelves. Others have reported hearing "tea cups tinkling". Either way, bibliophiles may get a kick out of one of the local ghost tours.

There's a reason this chilling locale made CNN's list of 10 scariest places in Asia: it's positively creepy. The Tat Tak School in Hong Kong is so off-putting, some cab drivers refuse to travel near it. So what's with all the hype? According to HK Magazine, the school is loaded with "unlucky karma" dating back to 1898. First off, the building's location in Ping Shan is also a burial site. After it became a school, a teacher lost her life in one of the bathrooms (and is rumoured to haunt the halls). Discover more about Hong Kong, with Insight Pocket Guide: Hong Kong.

Hiding in Callao is a menacing fortress that's attached to some pretty intense ghost stories, so much so that it's actually been featured on the hit show Ghost Hunters International. The stony citadel went up during the 18th century to keep the area safe from outside rivals. The fortress' dungeon also served as a prison for captured enemies, many of whom were tortured and killed within its walls.

If you opt for a present-day tour, you'll likely hear tall tales of mayhem and paranormal activity. The Ghost Hunters crew supposedly caught video of a "ghost child" lurking in the fortress.

If it's more traditional Peruvian history you're after, we suggest adding Machu Picchu to your list; Insight Guides can plan your luxury escape from start to finish. Don't forget to pick up your copy of Insight Guide: Peru before you go. 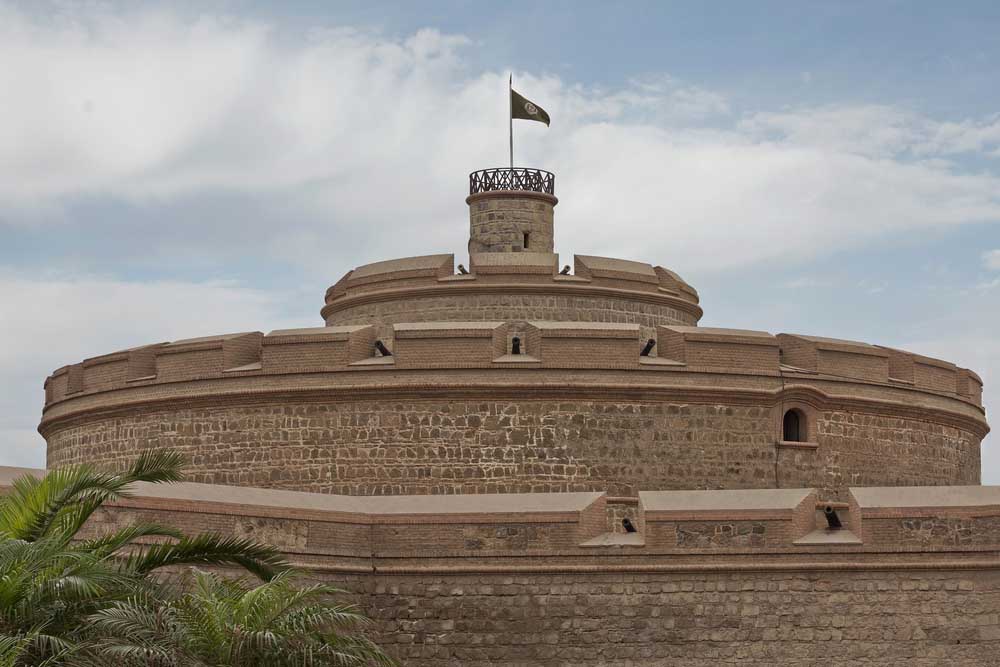 This is hands-down one of the most disturbing destinations on the list (with a nickname like "The Museum of Death," we can't say we're surprised). Let's just say that this medical museum in Bangkok will leave you unhinged. On display are countless medical oddities that have been preserved for the enjoyment of visitors. Everything from children's skeletons to conjoined twins are included in the exhibits, some of which are subjectively gruesome. Whether or not the Siriraj Medical Museum is actually haunted remains a mystery. In the meantime, it's creeping everyone out.

On a side note, Insight Guides has plenty of Bangkok adventure trips that don't involve anything quite so weird... whilst Explore Bangkok features fascinating routes around this mega-city.

This article was originally published on 14th October, 2016

Ready to book your next trip (spooky or otherwise) with Insight Guides?

Talk to our local experts today by submitting a trip request or browse alternative holidays online.